Correspondence between Dan Emmett, a major philanthropist, and Ann Carlson — a University of California, Los Angeles (UCLA) climate professor — in 2017 revealed that the two worked with law firm Sher Edling to raise money for its efforts to sue oil companies over alleged climate change deception on behalf of state and local governments, according to the emails obtained by watchdog group Government Accountability & Oversight (GAO) and shared with Fox News Digital.

In their emails, Emmett and Carlson discuss how Chuck Savitt, Sher Edling’s director of strategic client relationships, had sought Emmett’s support and had already received support from Terry Tamminen in his role as the Leonardo DiCaprio Foundation’s CEO, a title he held between 2016 and 2019. When the emails were exchanged, Carlson, who is now a senior Biden administration official, served as co-director of the UCLA Emmett Institute on Climate Change & the Environment, the advisory board which Emmett still chairs.

“Chuck Savitt who is heading this new organization behind the lawsuits has been seeking our support,” Emmett wrote to Carlson on July 22, 2017. “Terry Tamminen in his new role with the DiCaprio Foundation has been a key supporter.”

Emmett also forwarded a message Savitt sent him three days earlier on July 19, 2022 asking for his support, according to the records. Savitt mentioned in that email that Sher Edling’s first lawsuits were filed with the support of the Collective Action Fund for Accountability, Resilience and Adaptation, a fund managed at the time by dark money group Resources Legacy Fund (RLF).

“Wanted to let you know that we filed the first three lawsuits supported by the Collective Action Fund on Monday,” Savitt had told Emmett. “These precedent setting cases call on 37 of the world’s leading fossil fuel companies to take responsibility for the devastating damage sea level rise – caused by their greenhouse gas emissions – is having on coastal communities.”

Savitt also offered to set up a meeting between Emmett and Vic Sher, a partner at Sher Edling.

The email correspondence took place two months before the Leonardo DiCaprio Foundation publicly announced it would contribute $20 million in grants to various climate and conservation causes. The group’s announcement, which has since been deleted but remains archived, included a grant to the RLF “to support precedent-setting legal actions to hold major corporations in the fossil fuel industry liable,” closely mirroring Savitt’s language.

“These grantees are active on the ground, protecting our oceans, forests and endangered species for future generations – and tackling the urgent, existential challenges of climate change,” DiCaprio said at the time.

Tamminen added that the organization believed it needed “to do as much as we can now, before it is too late.” The announcement didn’t mention Sher Edling.

In February 2018, months after the initial email exchange, Emmett told Carlson that she could mention to other prospective donors that he and the Leonardo DiCaprio Foundation were now “serious supporters” of Sher Edling’s ongoing litigation. The suggestion came after Carlson asked whether she should ask New York philanthropist Andy Sabin to support the effort.

“You can tell him Terry’s organization and I are both serious supporters, that you are an advisor, that the science is there, that it could do more for the environment than just about anything going on if it succeeds,” Emmett said in the email Carlson.

Sher Edling’s website states that the firm is specifically dedicated to representing “states, cities, public agencies, and businesses in high-impact, high-value environmental cases.” Since its initial cases in July 2017 — filed on behalf of a city and two counties in California — Sher Edling has sued major oil companies on behalf of Delaware, Minnesota, Rhode Island, New York City, Washington D.C., San Francisco, Baltimore, Honolulu and several local governments across the country, alleging the companies have deceived the public about climate change.

Most of the cases are ongoing with two, involving San Francisco and Oakland, Calfornia, on appeal before a federal panel.

“Obviously, the donors created — including DiCaprio — several purported arms’ lengths,” Chris Horner, a lawyer who represented GAO in the case involving the emails, told Fox News Digital in an interview.

“This model used a couple of pass-throughs, by which DiCaprio and, it appears, Dan Emmett and others could run things, including DiCaprio’s foundation and Resources Legacy Fund, and they’re not seen as financing the assault,” Horner added.

Overall, the RLF contributed more than $5.2 million to Sher Edling between 2017 and 2020, according to the group’s tax filings during that period. The organization doesn’t disclose its donors and declined to confirm who it previously received money from to fund Sher Edling’s litigation.

“From 2017 to 2020, Sher Edling received grants from RLF to pursue charitable activities to hold fossil fuel companies accountable for the accuracy of information they had disseminated to consumers and the public about the role their products played in causing climate change,” an RLF spokesperson Mark Kleinman told Fox News Digital in an email.

“RLF receives support from many funding entities, and its board of directors and staff make all decisions as to where the funding goes,” the spokesperson continued.

Experts have previously raised concerns regarding the source of Sher Edling’s funding for its climate litigation.

Michael Krauss, a law professor emeritus at George Mason University, noted in a 2020 Forbes article the arrangement in which Sher Edling receives a payout from localities it represents if its cases are successful while, at the same time, it receives funding from tax-exempt groups, thereby removing some risk involved with taking on such cases.

“Can a non-profit funnel donations to a for-profit law firm that has already determined a different form of compensation?” Kraus wrote. “May a law firm, which could be fabulously enriched on a contingent basis, ethically accept funding that is paid whether or not the client prevails?”

Emmett, Tamminen, Sabin and the Earth Alliance, an organization that subsumed the Leonardo DiCaprio Foundation in 2019, didn’t respond to requests for comment. 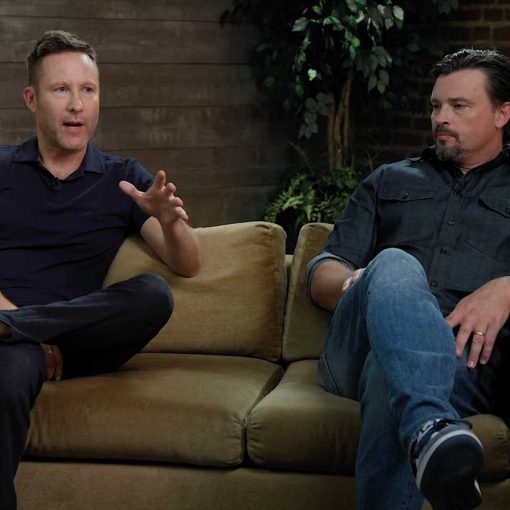 Even with a four hour plus long livestream, things still get cut for time. But thankfully, you can watch a full 20 […]

It was supposed to be a defining moment for the world’s largest stateless ethnic group. But dreams of an independent Kurdistan now […] So far, six people are reported dead as a result of contracting the Coronavirus. The illness causes a type of pneumonia and […]