Peloton told employees Friday that it is slashing roughly 780 jobs, closing a significant number of its retail stores and hiking prices on some equipment in a bid to cut costs and become profitable.

The company did not specify how many of its 86 retail locations it plans to shutter, but said an “aggressive” reduction will begin in 2023. The pace of closures will depend on how quickly Peloton can negotiate getting out of leases.

Peloton said it will exit last-mile logistics by closing its remaining warehouses and shift delivery work to third-party providers, resulting in a portion of the job cuts. It is also cutting a number of positions in its in-house support team, which are mainly located in Tempe, Arizona, and Plano, Texas, and instead will rely on third parties.

The sweeping changes are part of recently installed Chief Executive Officer Barry McCarthy’s plan to steer the connected fitness equipment maker in a new direction. Peloton’s business boomed to unthinkable highs after the onset of the Covid pandemic, sending shares surging alongside other so-called stay-at-home stocks like Zoom. But under then-CEO and Peloton founder John Foley, demand began to slow almost as quickly as it shot up, as people started going out again.

McCarthy’s biggest tasks now include getting rid of fixed costs and finding more ways to cash in on its loyal base of customers.

“The shift of our final mile delivery to 3PLs will reduce our per-product delivery costs by up to 50% and will enable us to meet our delivery commitments in the most cost-efficient way possible,” McCarthy wrote in a memo to employees seen by CNBC.

“These expanded partnerships mean we can ensure we have the ability to scale up and down as volume fluctuates,” he added.

Peloton, which had just lowered the prices for its products earlier this year, is raising the price of its Bike+ by $500 to $2,495 in the United States. The price of its Tread machine is going up by $800 to $3,495. The price of Peloton’s original Bike and its strength-training product known as Guide will remain unchanged.

McCarthy acknowledged the about-face on pricing, saying that the equipment price reductions made sense for the company back in April, as Peloton tried to get rid of inventory quickly.

The stock has tumbled more than 60% so far this year, with the company’s share price hitting an all-time low of $8.22 in mid-July. Shares had traded as high as $120.62 apiece roughly a year ago.

Under McCarthy, who took the reins from Foley in February, the business has focused on ways to grow subscription revenue over hardware sales. Earlier this year, for example, Peloton raised the price of its all-access subscription plan in the United States to $44 per month from $39.

In July, Peloton had also announced it would stop all its in-house manufacturing and instead expand its relationship with Taiwanese manufacturer Rexon Industrial. That resulted in about 570 job cuts. The company also suspended operations at its Tonic Fitness facility, which it acquired in 2019, through the remainder of the year.

When McCarthy became CEO, Peloton announced it was slashing roughly $800 million in annual costs. That included cutting 2,800 jobs, or about 20% of corporate positions. The company also said it would be walking away from plans to build a sprawling production facility in Ohio.

CNBC reported in January, ahead of Foley stepping down, that Peloton planned to temporarily halt production of its equipment, according to internal documents detailing those plans, as a way to control costs with demand dropping.

Foley’s missteps included making long-term bets on Peloton’s supply chain during the peak of the coronavirus pandemic that would later prove to be a drag on its business as sales of its Bikes and Tread machines slowed.

The company ended the quarter with 2.96 million connected fitness subscribers, which are people who own one of the company’s products and pay for a membership to its live and on-demand workout classes.

“We have to make our revenues stop shrinking and start growing again,” McCarthy, a former Spotify and Netflix executive, said in Friday’s memo. “Cash is oxygen. Oxygen is life.”

McCarthy said the company is continuing to hire in certain areas, including software and engineering. “I share this so you won’t think we’re driving with our foot on the gas and the brake at the same time,” he said.

McCarthy is also asking all of Peloton’s office-based employees to return to the office three days per week starting on Sept. 6. As of Nov. 14, that will be considered mandatory, he said.

Peloton is expected to report its fiscal fourth-quarter results on August 25.

Lauren Thomas is a reporter for CNBC in New York covering retail and retail real estate. 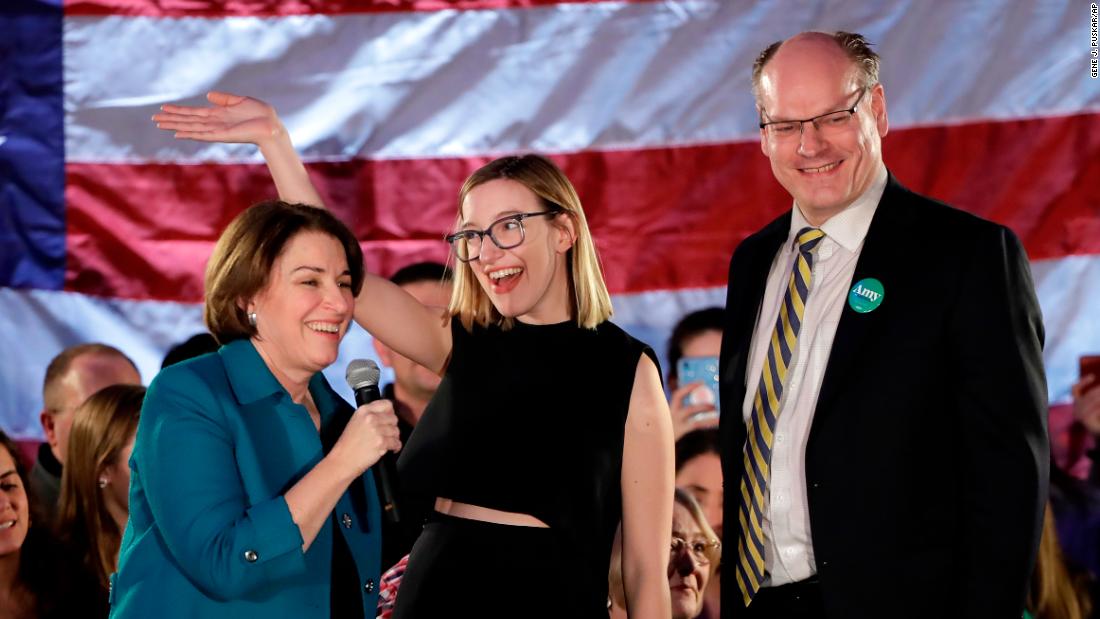 “He has coronavirus and has been in the hospital for pneumonia and low oxygen,” Klobuchar said in a statement. “He took a […]

TipRanks 3 Big Dividend Stocks Yielding at Least 8%; Wells Fargo Says ‘Buy’ With the Georgia election behind us, and the Trump […]