A ‘drunk’ bear was found slumped in a forest and given a lift to the vet after gorging on hallucinogenic ‘mad honey’ in Turkey.

In the footage, taken in the Yigilca district of Duzce Province, the bear wobbled and whined and stared into space as she sat belly-up in the back of a pick-up truck, after people rescued her from the forest yesterday.

The mad honey which she had ingested, called ‘deli bal’ in Turkish, is a type of rhododendron honey that can have hallucinogenic effects.

The bear was gasping for breath as she suffered the after effects of gorging on the honey.

She was brought to a vet for treatment and will be released into the wild in the coming days, according to local authorities, and is in good condition. 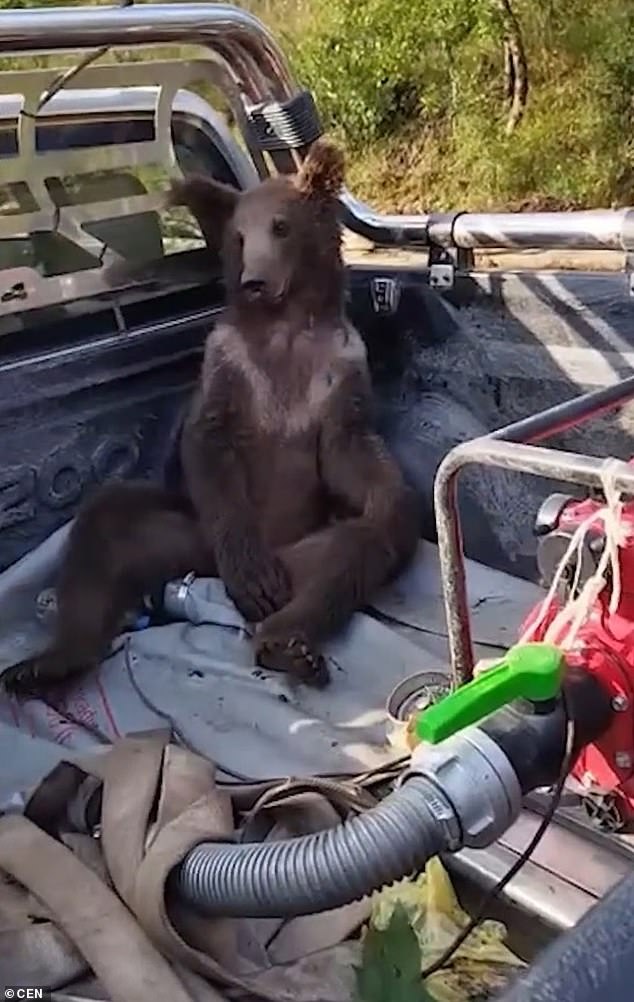 In the footage, taken in the Yigilca district of Duzce Province, the bear wobbled and whined as she sat belly-up in the back of a pick-up truck after ingesting the ‘mad honey’ 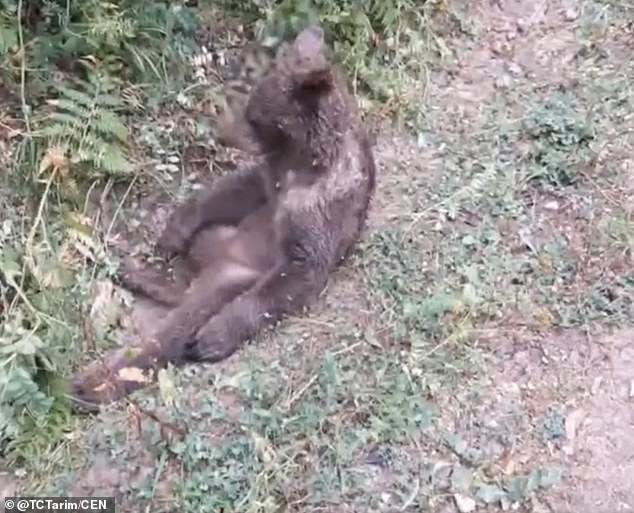 The cub was found by forester Yasin Oztas, who told local media that they took her to Ducze National Parks and Nature Conservation Branch Directorate. She was found sitting on the ground 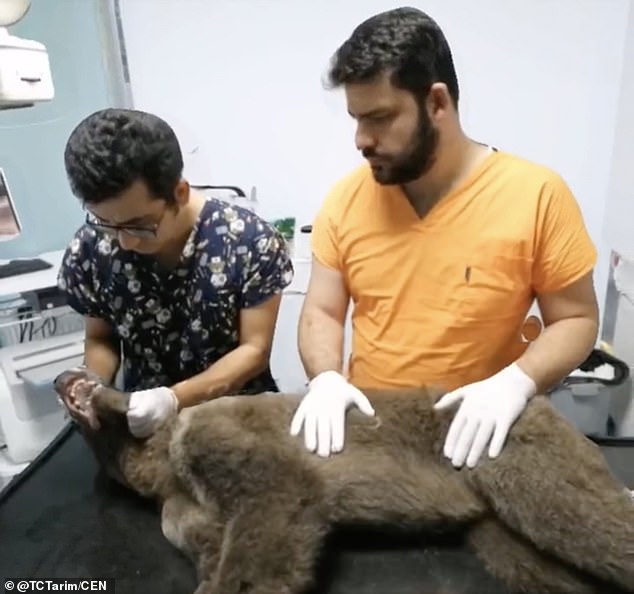 The bear was taken to a vet for treatment, pictured, and is in a good condition. She will be released into the wild in the coming days

The cub was found by forester Yasin Oztas, who told local media that they took her to Ducze National Parks and Nature Conservation Branch Directorate.

Mr Oztas explained that villagers said the day before that a mother and her two cubs were travelling through the area.

He continued:  ‘While we were carrying out our forest protection control activities, we saw a bear cub lying on the ground in a lethargic way.’

At first the group were afraid but quickly realised the young cub was unwell.

The Ministry said in a statement yesterday: ‘Our baby brown bear, who is exhausted in Duzce, is in good health, and our teams continue their treatment.’ 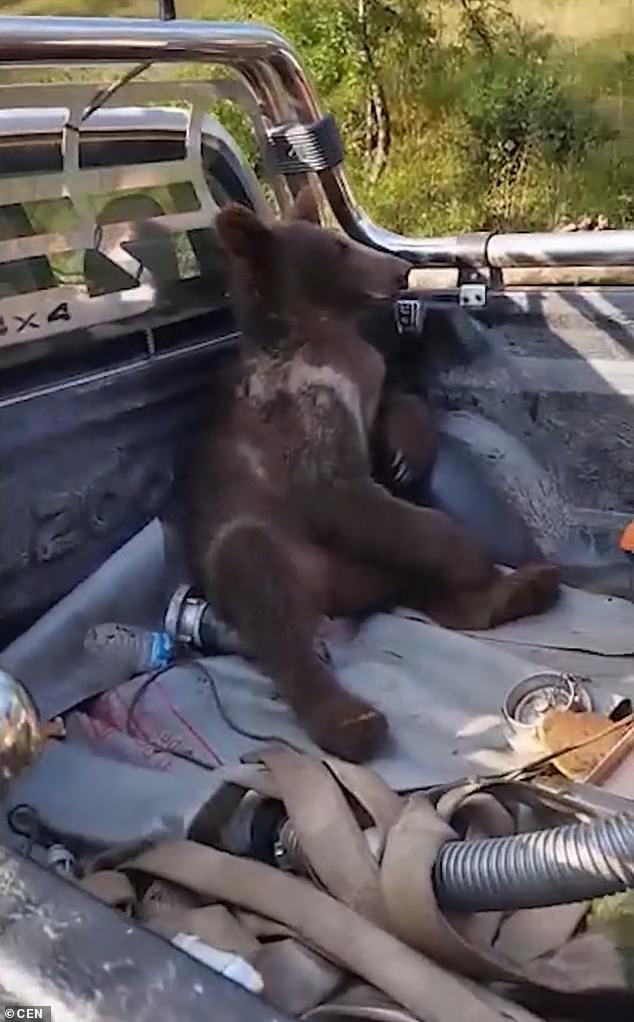 Citizens were also asked to suggest a suitable name for the bear.

Dr Kekecoglu said: ‘It has benefits, but it can also lead to death.’

He added that types of hallucinogenic honey, made with chestnut, or rhododendron, and others with linden, can have different results.

The Dr explained that depending on the chemical content of the honey, the effects can differ greatly.

Dr Kekecoglu went on: ‘If the amount of grayanotoxin is very high, it shows a blood pressure lowering effect and even starts to hallucinate the person who consumes it.

‘|Therefore, it can reach a very dangerous level in people who consume it. The situation can be very dire. 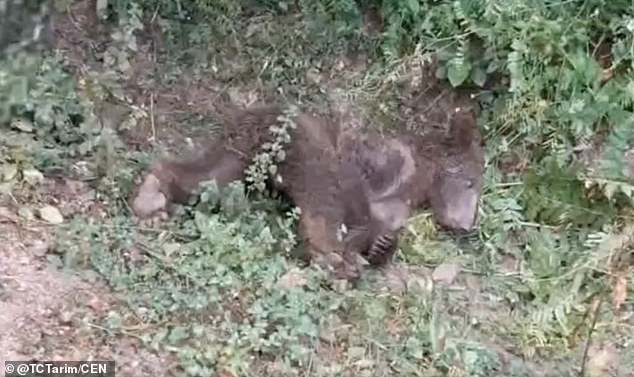 Citizens were asked to suggest a name for the ‘drunk’ bear after its rescue. Pictured: The bear lay on the ground when it was found

‘It is necessary to be very careful when consuming rhododendron honey. It has benefits, but it can lead to consequences that can lead to death.

‘It is questioned whether it is possible to have such an effect on a bear, but it can.

‘If it creates such an effect even on a bear, think about how much effect it can have on a person when they consume too much.’

Gayanotoxins are a family of neurotoxins that are found in various plant species.

Dr Kekecoglu said that when consumed in a controlled way, honey with this substance can help people suffering from hypertension and asthma.

The Turkish General Directorate of Forestry said in a statement, also on Thursday: ‘Our forest rangers on patrol found this ecstatic bear cub.

‘We think it’s had a little too much honey, according to initial estimates.’ 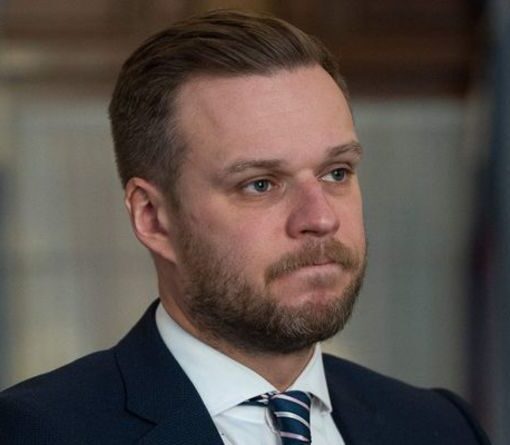 The nation’s foreign minister Gabrielius Landsbergis said the EU state is braced for “painful” consequences after Beijing cut ties with the country. […] 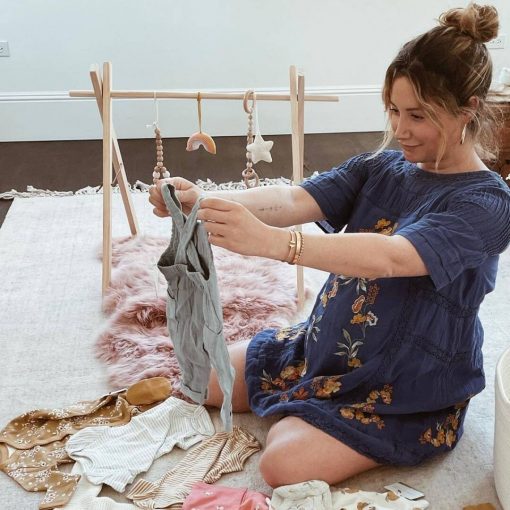 We interviewed this celebrity because we think you’ll like their picks. Some of the products shown are from a brand they are […] 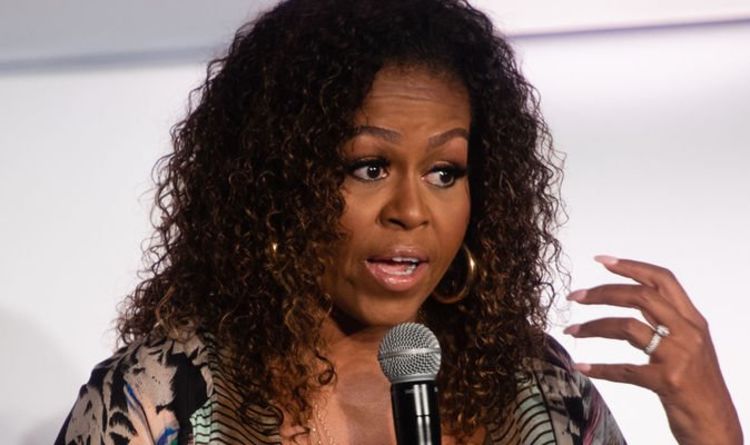