German woman, 57, falls to her death from 26ft rollercoaster ride ‘after slipping out of her seat’

A woman has died after she slipped from her seat while riding a rollercoaster in Germany.

The 57-year-old victim, whose identity is yet to be revealed, was thrown from the ride at the Klotti Wildlife and Leisure park in Klotten on Saturday afternoon and fell 26ft to her death.

Police have been trying to establish whether her death was due to ‘fault of a third party’, but the most recent update from public prosecutors on Monday suggested there was ‘no suspicion’ of criminal conduct.

The woman, from Sankt Wendel in the Saarland region of Germany, died at the scene after rescuers tried in vain to resuscitate her with CPR.

According to the Koblenz public prosecutor’s office, she ‘slid out of her seat while the carriage went through a curve before she fell off the track from a height of about eight metres’.

Reports from German outlet Bild meanwhile suggested that rescue efforts were impeded by the location of the accident which unfolded on a part of the ride which was obstructed and difficult to access.

The 57-year-old victim, whose identity is yet to be revealed, was thrown from the ride at the Klotti Wildlife and Leisure park in Klotten on Saturday afternoon and fell 26ft to her death 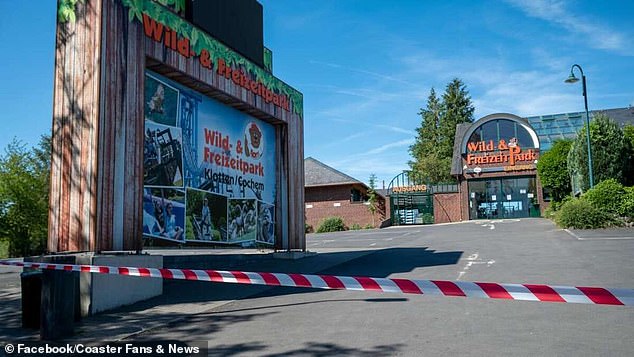 After closing the park for three days in the wake of the incident, administrators from the park confirmed on Instagram last night that the attractions would re-open to members of the public from today, save for the ride involved in the accident.

Although the coaster has reportedly been inspected and cleared by Germany’s Technical Inspection Association (TÜV), Klotti Park declared it intends to get the ride checked a second time to ensure it is in full working order and safe for visitors before commencing operation.

Investigators meanwhile are reportedly working with the TÜV to review the ride’s ‘approval and test documents from supervisory authorities’ and questioning witnesses, with the body of the victim set to undergo a post-mortem examination.

‘Authorities are still investigating the cause of the accident. Meanwhile, the on-site investigations have ended and the roller coaster affected by the accident has been immediately opened for operation.

‘Nevertheless, we decided to have the system inspected again by the TÜV as a precaution. Therefore, the roller coaster remains temporarily closed.

‘We are still very affected and it will be difficult for us to return to everyday life. Our thoughts are with the family, we wish them a lot of strength and confidence in these difficult times.’

Klotti Park administators published a pair of statements expressing condolences to the loved ones of the deceased and confirming the park would open from Tuesday, save for the ride in question which will undergo further tests

An earlier statement posted on Sunday around 24 hours after the fatal incident transpired spoke of the park’s ‘shock and amazement’ at the death and expressed ‘deepest sympathies’ to the deceased’s loved ones.

‘Due to a fatal accident, we will also keep Klotti Park closed on Monday 08.08.2022 to support the authorities.

‘We would like to use this way to express our deepest sympathy to the family, relatives and friends! Our team is still shocked and amazed.

‘Since the cause of the accident is still unclear, today we cannot estimate how the parking operations will look like in the next few days.

‘Thank you for your understanding!!!’

Klotti remained a wildlife park for years following its opening in 1970, but in the 1990s began expanding its offering to become a wider leisure destination offering theme park attractions.

A 14-year-old girl was killed and two other children were injured when a rollercoaster car fell off its tracks in Denmark last month.

Tragedy struck when the rear carriage of thrill ride ‘Cobra’, at Tivoli Friheden in Aarhus, eastern Denmark, became decoupled from the coaster at 12.50pm on July 14.

Three youngsters were immediately rushed to hospital, with a 14-year-old girl confirmed dead around 90 minutes later, according to broadcaster TV2.

Eyewitnesses described a loud bang followed by the sight of a rollercoaster carriage rolling off the track.

None of those seriously hurt were identified.

Tivoli Friheden, one of Denmark’s most popular theme parks, was evacuated and closed immediately after the crash. 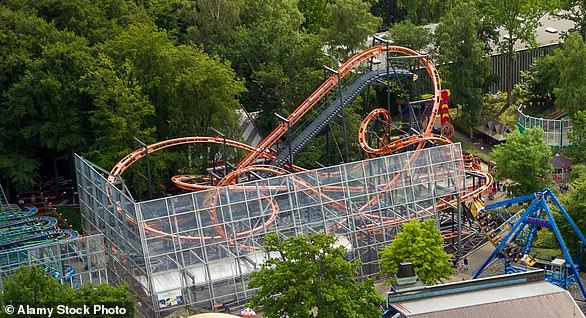 One of the country’s best known rollercoasters, Cobra has crashed once before, in 2008 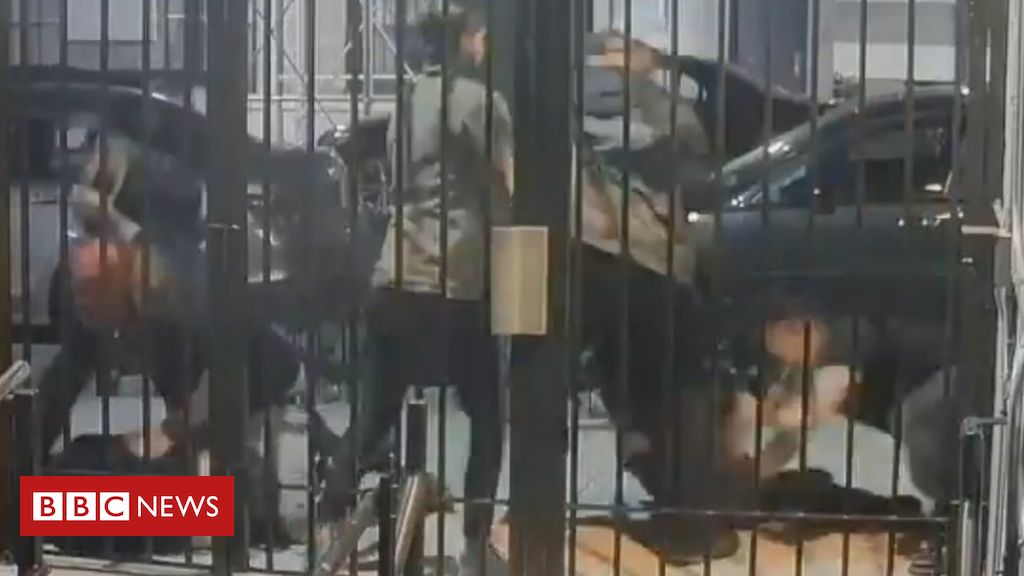 ATHENS, Greece — Greek police said Saturday they have arrested a suspect in the 1985 hijacking of a flight from Athens that […] 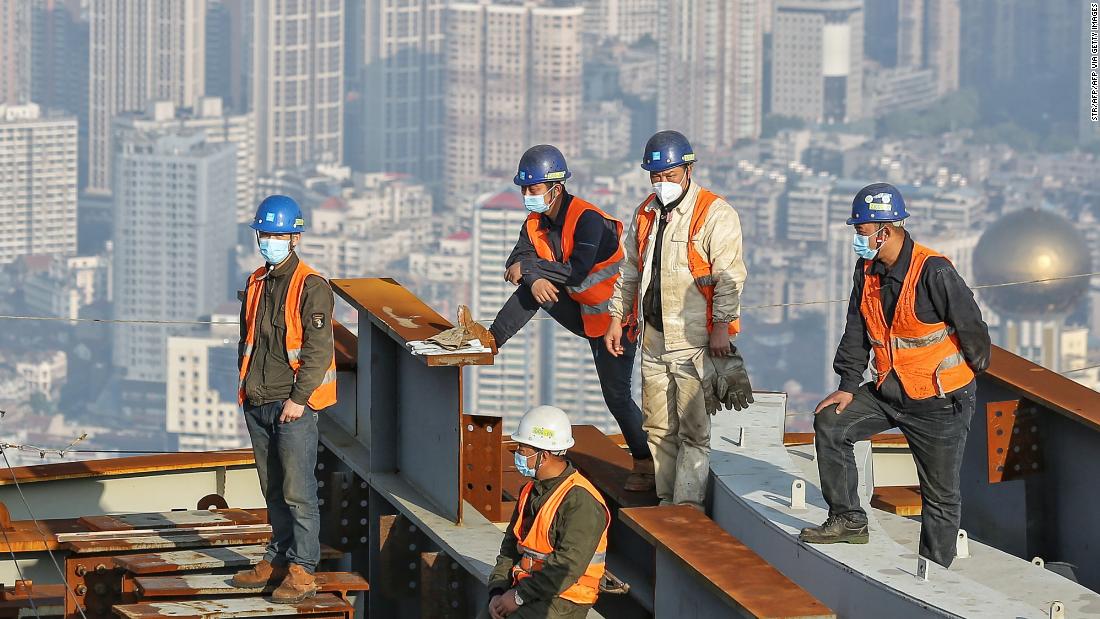 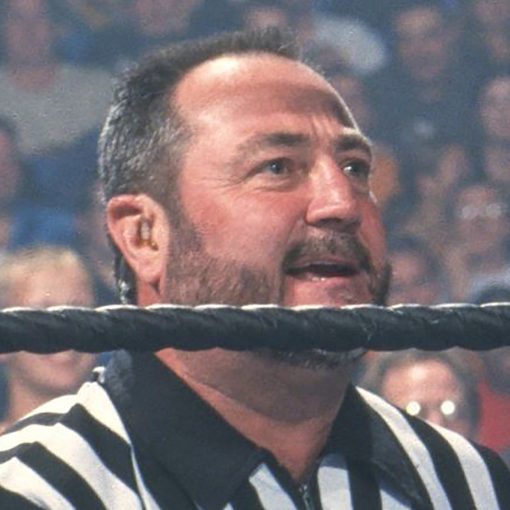 Tim White, a longtime WWE referee, died Sunday, the company announced. He was 68. White, who spent more than 20 years with […]