Minnesota Lynx WNBA star Napheesa Collier returns to the court less than THREE MONTHS after giving birth to her daughter… before talking to journalists in the postgame press conference with newborn on her lap!

By Ben Nagle For Dailymail.Com

Napheesa Collier made an impressive return to the WNBA Sunday, less than three months after giving birth to her daughter Mila in May.

The Minnesota Lynx star, who was the 2019 WNBA Rookie of the Year, finished with six points in 21 minutes – and then brought her newborn into the press conference.

Collier had hinted that she wanted to return to the court quickly after her pregnancy, but few expected 10 and a half weeks to be possible, and she received a rousing reception from the crowd. 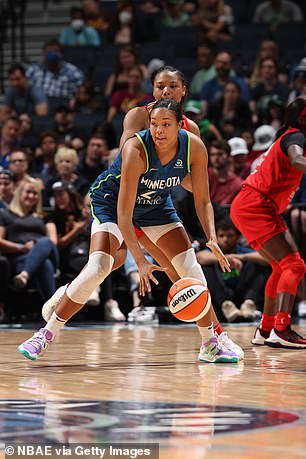 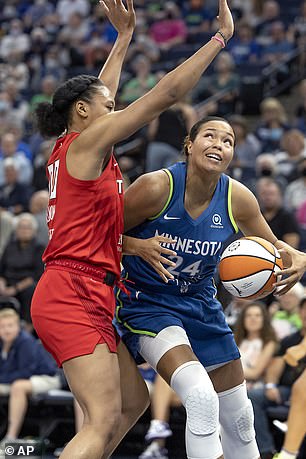 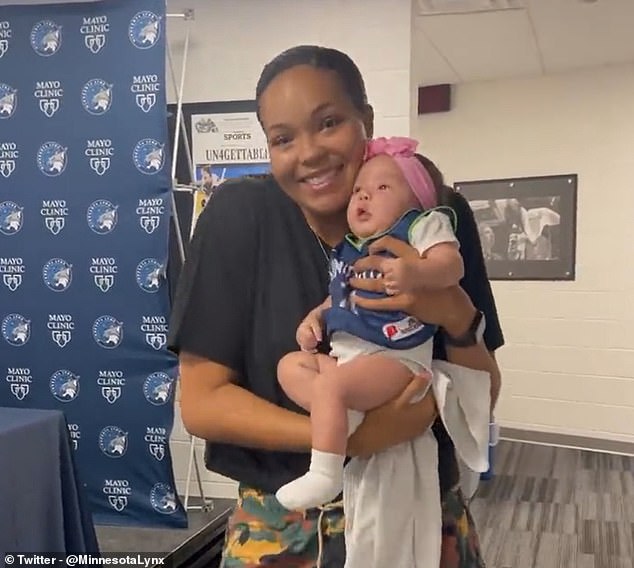 ‘I was really excited,’ Collier said while holding Mila on her lap postgame. ‘Obviously, there’s some nerves coming in, especially this late in the season and trying to get back here and rush to do everything.

‘But it felt so good to hear my name called and have the fans cheer for me. It was a really good feeling. So I’m really glad I played tonight.’

While Lynx head coach Cheryl Reeve added: ‘She’s got to catch up with the speed of the game and as things are happening, but that’s probably about as successful as I thought it could be, playing probably a bit longer than what we initially thought.’

Collier was Minnesota’s leading scorer (16.2 per game) last season, and on Sunday it was left up to Kayla McBride to score 20 points and help the Lynx use a fourth-quarter run to beat the Atlanta Dream and keep their playoff hopes alive. 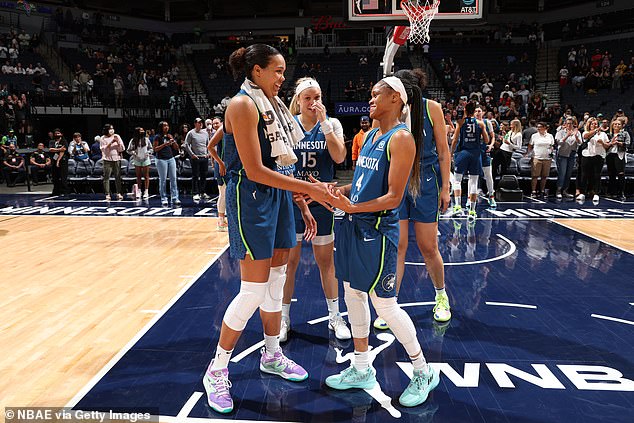 The Dream missed six consecutive field-goal attempts during a 10-0 run that gave Minnesota a 70-59 lead with 7 minutes to play after Collier converted a three-point play and, 32 seconds later, McBride hit a 3-pointer. Maya Caldwell made a 3-pointer to snap Atlanta’s scoring drought of 3-plus minutes.

Natalie Achonwa answered with a three-point play before Rachel Banham made a pull-up jumper to give the Lynx a 75-62 lead with 5:28 remaining. 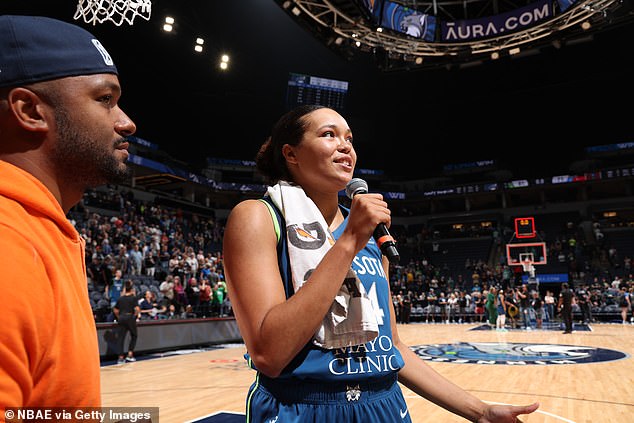 Collier thanked the crowd, and then brought her daughter with her to the press conference

Aari McDonald and Rhyne Howard scored 16 points apiece for Atlanta and Cheyenne Parker added 12 points – all in the first half. Caldwell and Naz Hillmon each scored 10 points.

The margin of defeat will surely be massive but we do not yet know the exact numbers. A bizarre day’s cricket finished […] 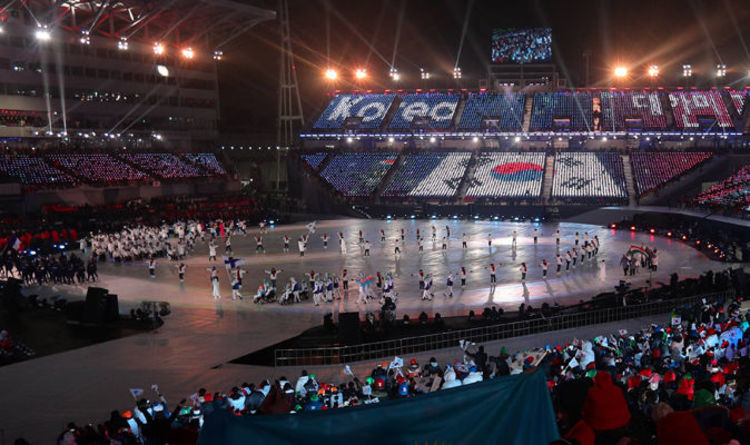 The Winter Paralympic Games got underway this weekend after Friday’s opening ceremony. It follows last month’s Winter Olympics in Pyeongchang. But now […] 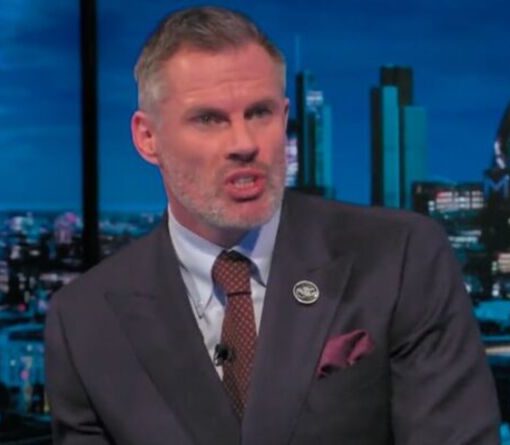 Harry Kane Traditionally, Chelsea and Tottenham don’t do business; everyone knows that. But just a couple of years ago, the thought of […]