The repercussions of U.S. House Speaker Nancy Pelosi’s (D-CA) controversial and highly publicized visit to Taiwan on Tuesday are being felt by countries and companies throughout the world as tensions rise amid the prospect of a world war.

China issued multiple warnings during the weeks leading up to Pelosi’s visit to Taiwan, which the communist country strongly condemned.

Last week, Chinese President Xi Jinping warned U.S. President Joe Biden during a historic two-hour phone call that “those who play with fire will only get burnt,” referring to the U.S.’ potential support of the island’s independence.

Although the House speaker’s trip to Taiwan lasted less than a day, it evoked strong reactions from countries around the world who understood the geopolitical impact of having one of America’s most high-ranking officials visit the island and promise that its support of Taiwan’s democracy remained “ironclad.”

Pelosi reiterated her commitment during her visit to Japan on Thursday, where she stated during a news conference in the U.S. Embassy in Tokyo that China “may try to keep Taiwan from visiting or participating in other places,” but it would “not isolate Taiwan by preventing us to travel there.”

“We will not allow them to isolate Taiwan,” she emphasized.

On Friday, a spokesperson for the Ministry of Foreign Affairs of the People’s Republic of China released a statement announcing sanctions on House Speaker Pelosi.

“In disregard of China’s grave concerns and firm opposition, Speaker of the U.S. House of Representatives Nancy Pelosi insisted on visiting China’s Taiwan region,” it read. “This constitutes a gross interference in China’s internal affairs. It gravely undermines China’s sovereignty and territorial integrity, seriously tramples on the one-China principle, and severely threatens peace and stability across the Taiwan Strait. In response to Pelosi’s egregious provocation, China decides to adopt sanctions on Pelosi and her immediate family members in accordance with relevant laws of the People’s Republic of China.”

China has upped its military presence in the area since Pelosi’s visit, sending a record number of planes to the median line that runs down the Taiwan Strait on Friday.

“[We] condemn the communist military for deliberately crossing the median line of the strait and harassing the sea and air around Taiwan,” said Taiwan’s defense ministry in its latest statement after Beijing deployed 68 Chinese fighter jets and 13 warships in the area that day.

China also announced that the country would be halting dialogue with the U.S. in several areas, including between theater-level military commanders and regarding the climate crisis.

Despite the aggressive rhetoric and military reactions from China, Wu’er Kaixi, who was a former student leader during the 1989 Tiananmen Square democracy protests in China, told Reuters in an interview that Pelosi’s visit to Taiwan is a clear win for the island and that it was not as threatening to China relations as expected.

“Nancy Pelosi came to Taiwan in such a high profile, made sure the whole world see her and then made sure the United States military, regional defense force all came forward and say we’re going to die protecting our Speaker,” explained Wu’er.

“The whole world watched the United States change. What did China respond to that? Military exercise; nothing they haven’t done before.”

Wu’er added that while the military drills are on a “scarier scale,” they are nevertheless just exercises and there is no “imminent military threat.”

The 1,000 missiles that are currently being pointed at Taiwan are nothing new, concluded Wu’er, reminding viewers that it has been this way for the past three decades.

The former Tiananmen Square protest leader’s views were not shared by all, as other countries and companies took extra precautions to avoid stirring more drama surrounding the delicate issue.

On Friday, tech giant Apple told its suppliers to strictly abide by Chinese customs regulations that parts from Taiwan be labeled as being made from either in “Taiwan, China” or “Chinese Taipei.”

In another case, food company Mars Wrigley apologized on Friday for its latest Snicker bar ad, which counted Taiwan as a country.

During a promotion of a limited-edition Snickers bar, the video stated that the product was only available in the “countries” of South Korea, Malaysia and Taiwan.

Mars Wrigley issued a statement of apology on its Snickers China Weibo account, saying that the relevant material had been amended:

Some Chinese netizens were dissatisfied with the apology, however, angry that the company’s statement did not explicitly claim Taiwan as a part of China.

“Say it: Taiwan is an inseparable part of China’s territory!” wrote one user whose comment has received over 8,000 likes.

In response to China’s increasingly aggressive military exercises, Taiwan and its residents have also taken action.

During a press conference, Tsao urged Taiwanese residents to “see through the evil nature of the Chinese Communist Party,” according to Taiwan News.

Tsao’s two sons, one of whom recently completed his compulsory military training and another who will enter training this upcoming summer break, would both fight in the People’s Liberation Army (PLA) if China were to invade Taiwan.

Japan has also been on high alert after five Chinese ballistic missiles landed in the waters near Japan’s southwestern islands on Thursday, the closest of which landed about 80 kilometers north-northwest of Yonaguni Island, which lies in the country’s Exclusive Economic Zone.

With roughly 1,700 inhabitants, the residents of Yonaguni fear that their home could be on the frontline of the conflict and become the target of an attack.

“During the Vietnam War, boat people came here,” explained Ryuichi Ikema, a director of a history museum on the island. “In case of a Taiwanese contingency, millions of Taiwanese could come here. We’re the closest island, and I wonder: how can we deal with it?”

While it is unclear whether tensions between the U.S., Taiwan and China will increase, the conflict is not isolated between the three and will have long-term impacts on the bigger geopolitical picture. As the Republican Party continues to purge and cannibalize, President Joe Biden’s administration has worked hard to be a presidency for all […] 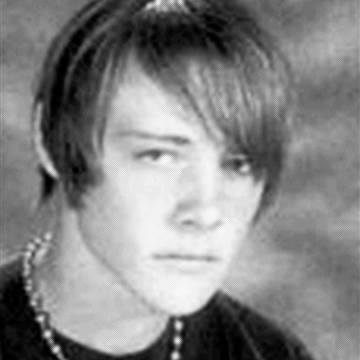 He arrived at church ready for war, wearing black tactical gear and a ballistics vest and toting what authorities described as an […] 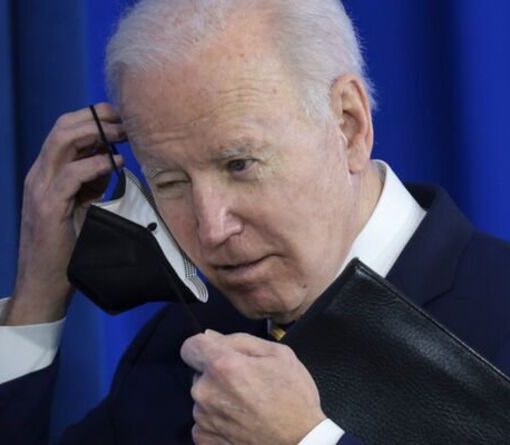 Around 100,000 Russian troops have massed the their neighbouring country, according to Western reports. The recent deployment of tactical bombers to airfields close […] WASHINGTON (AP) — The State Department on Sunday ordered the families of all American personnel at the U.S. Embassy in Ukraine to […]