Heptathlon: England’s Jade O’Dowda has the longest jump after the second round, at 6.52m. That would give her a whopping 1014 points. KJT is 106 points ahead of her in the combined standings. There is another round of long jump to go.

Hello, Martin Belam here. Katarina Johnson-Thompson has just posted 6.28m in her second jump and is back out in front overall.

I’m looking forward to the mountain bikes today, and on my watch we will also get some T20 cricket, netball, squash, weightlifting medals. It’s all good stuff today.

Righty, that’s it from me to now. I’ll pass the baton to Martin Belam.

Women’s 400m heats: A slightly bizarre fourth and final race as favourite Mary Moraa just jogs round in 59.51, finishing way last. She’s clearly saving herself for the 800m but that was still a bit odd; as if she was racing against her will.

England’s Ama Pipi takes advantage to win in 52.46. It means, Ohuruogu is the fastest qualifier.

Heptathlon: Katarina Johnson-Thompson is about to take her opening leap in the Long Jump. A reminder that she has a lead of 109 points over Northern Ireland’s Kate O’Conner.

It’s a very modest opener for KJT, just 5.61m. She’ll need much more than that and is now deep in conversation with coach Aston Moore.

Women’s 400m heats: The action continues and Kyra Constantine of Canada takes the second heat in 52.03. Nicole Yeargin of Scotland comes through in third with 52.52 and that books her spot in the semis. Post-race, Yeargin tells the BBC’s trackside reporter, Jeanette Kwayke, that she was “battling Covid last week”.

Heat three goes to an easing down Sada Williams of Barbados in 51.67sec (she’s run 49.75 this season). Zoey Clark of Scotland and England’s Jodie Williams grab the other two automatic qualification spots.

Athletics: Time for the women’s 400m heats and Vicki Ohuruogu – younger sister of Christine – comes through to win the opener in 51.34sec. A fine run and continues her strong season. Junelle Bromfield of Jamaica and Asimenye Simwaka of Malaysia are the other two automatic qualifiers.

“The stadium makes so much of a difference. I feel a bit rusty but I think I judged it quite well,” says Ohuruogu.

Commonwealth Games in pictures: Some great photos here from yesterday.

Hockey: A brave effort by Scotland but they end up losing 2-0 to Pool A leaders Australia. No disgrace in that. They had to win to have any chance of progressing but it wasn’t to be.

The Aussies have won two out of two in Group A so far while India and Barbados have a win apiece from their first two matches. Pakistan have lost both games so can’t progress.

In Group B, England and New Zealand are already into the semis with a game to spare after winning their opening two matches.

Athletics: The action in the Alexander Stadium begins at 10.30am with the women’s 400m heats.

Eight gold medals will be dished out tonight. Here are the timings if you want to plan your evening:

The official list doesn’t appear to include the heptathlon although that comes to a conclusion too. The schedule says the javelin starts at 7.18pm and the concluding 800m at 9pm. So that’s eight gold medals in my book!

Hockey: The BBC’s focus right now is on the Pool B match between Scotland and Australia. Grace Stewart’s goal for the Aussies in the second quarter separates the teams as the match goes into the final 15 minutes.

As I write this, Shanea Tonkin makes it 2-0.

Judo: Another sport I always enjoy watching in Olympics/Commonwealth Games. It was quite a day for England yesterday as Daniel Powell and Lachlan Moorhead took gold. The action continues this morning.

Weightlifting: Checking the schedule and there is just one gold medal to be handed out this morning. It comes in the men’s 109kg final of the weightlifting. It started at 9.30am so we’ll keep an eye on that. England’s Andy Griffiths is the home hope.

It’s been an incredible few days for England gymnast Jake Jarman. Tumaini Carayol gives you the story of his four gold medals.

“We can’t make people come here but, if Shelly-Ann was here earlier and saw the atmosphere and the full stadium, she probably regrets it,” he said. “To have 30,000 people in Alexander Stadium for every session of athletics, the atmosphere it’s created, I can’t think of anywhere for these athletes to be.”

If you didn’t manage to watch any of the 3×3 basketball, make a point of doing so next time. Here’s Tumaini Carayol’s report on a dramatic win for England over Australia in a sport he rightly describes as “frenetic” and “hyperactive”.

Let’s catch up with some of last night’s action. Here’s Sean Ingle on that golden swim from Adam Peaty.

Welcome to day six of the Commonwealth Games in Birmingham!

After his shock defeat in the 100m breaststroke, Adam Peaty put the world back on its axis last night by doing what he does best and blitzing the field in the 50m. That helped England take its tally of gold medals to 31 although Australia still lead the way with 42.

The action comes thick and fast again today and another of the home nation’s top stars, Katarina Johnson-Thompson, continues her bid for gold in the heptathlon. She ended the first day leading by 109 points from Northern Ireland’s Kate O’Connor. The defending champion from Liverpool was only 11pts clear after the shot put but ran a 23.70sec 200m to take control. The final three disciplines take place today, starting with the Long Jump which begins at 10.50am. Also on the track today, we have the men’s 100m final at 9.30pm.

There are also nine gold medals to be dished out in the pool while the other raft of sports on offer include badminton, boxing, T20 cricket, hockey, judo and squash. Ooh, and for all you cycling fans out there, it’s the men’s cross-country at 11.30am and the women’s cross-country at 2pm. Those races take place at Channock Chase Forest if you’re near enough to pop along.

So, sit back and enjoy!

1.20pm BST13:20 Half-time entertainment … and a reminder that when this match is done, Barry Glendenning will be at the helm for […] 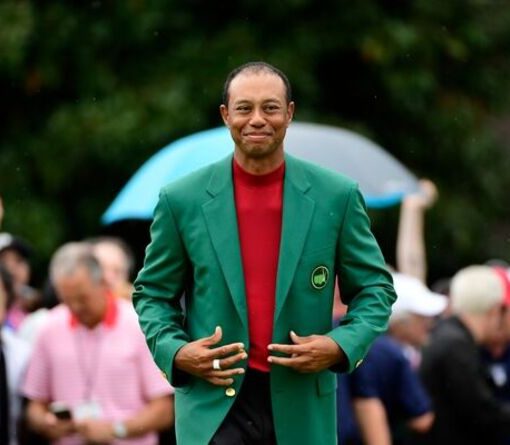 “I’ve said this so many times, but from basically March of 2017 fast forward two years and he wins the Masters and […]

Manchester United are keen to sign at least one more player before deadline day next Thursday. They have already spent £140million on […] 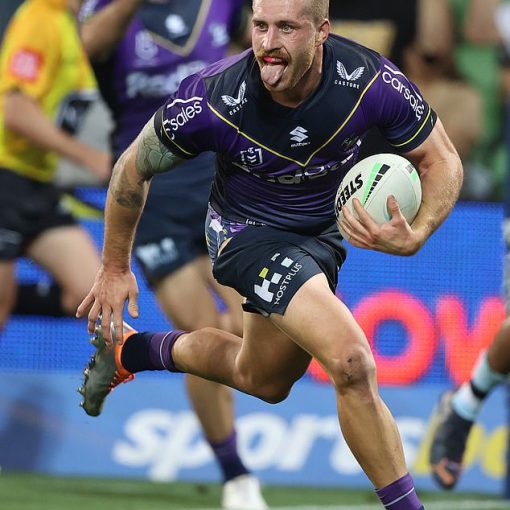