João Pedro’s second-half goal earned Watford a 1-0 victory over Sheffield United and ensured Rob Edwards’ side made a winning start to life back in the Championship.

The Hornets slipped out of the Premier League last season having failed to win any of their past 13 league games at Vicarage Road. But with Edwards in charge for his first game since being appointed manager this summer, they overcame last season’s playoff semi-finalists thanks to Pedro’s well-worked 56th-minute goal.

The Brazilian turned home Ismaila Sarr’s low cross after Watford broke swiftly after defending a corner. And that proved enough to see off Paul Heckingbottom’s side, who were unable to force their way back into the game.

The high turnover of players at Vicarage Road this summer meant this was always likely to be a reshaped Watford lineup. But Edwards had insisted he would continue to call on Sarr and Emmanuel Dennis despite the duo being tipped to leave the club this month.

The manager included the forwards in a front three either side of Pedro as the Hornets attempted to quickly shake off the after-effects of relegation. And the pair soon combined in a move that should have given the home team a fifth-minute lead.

Dennis brought the ball forward on the left as Watford staged a counter-attack before finding his teammate who should have done better than direct a first-time shot into the side-netting.

United were forced to go into the game without new centre-back Anel Ahmedhodzic who had to serve a one-match suspension, a hangover from his spell in France last season. And after a positive opening, they found themselves pushed onto the back foot as Watford began to dominate the opening half.

The Hornets created another opening when Pedro threaded the ball through to Dennis who was denied by an excellent covering tackle by Rhys Norrington-Davies. But the visitors provided a reminder of their threat when Iliman Ndiaye got behind the home backline only to shoot tamely at keeper Daniel Bachmann 10 minutes before the break.

Then it took an acrobatic save by Bachmann on the stroke of half-time to keep out Daniel Jebbison’s curling shot that capped an incisive break by the visitors. Once Watford took the lead, however, the Blades lost their way and struggled to carve out a clear chance to level. 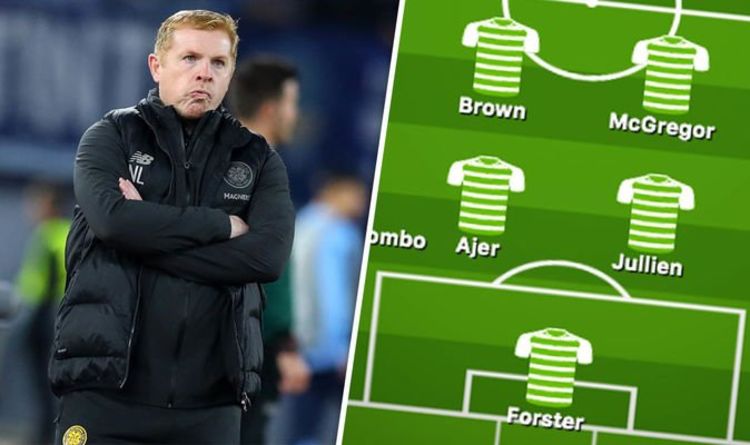 Scott Brown and Callum McGregor are Lennon’s preferred central-midfield pairing, although the Celtic manager hinted that Olivier Ntcham could start. The Frenchman […]