Germany could be forced to scrap Oktoberfest celebrations and its famous Christmas markets as officials desperately search for ways to save energy after Russia began throttling gas supplies to Europe.

Hanover yesterday became the first major city on the continent to announce it will turn off all hot water in public buildings to conserve energy, while Berlin has begun dimming streetlights and Augsburg has turned off public water fountains.

But as winter approaches the crisis will almost certainly deepen, forcing leaders to make stark choices about what to cut to stop people freezing in their homes.

Rosi Steinberger, a member of Bavaria’s regional parliament, admitted to the New York Times that Oktoberfest celebrations could face the chop. The idea of scrapping Christmas Markets is also being floated.

Non-essential industries such as Bavaria’s famous breweries could also be asked to shut down to keep the lights on.

Meanwhile Germans have been warned they will have to pay a ‘gas surcharge’ on top of their already-soaring bills for at least the next 18 months and which could cost the average household up to £1,000-per-year. 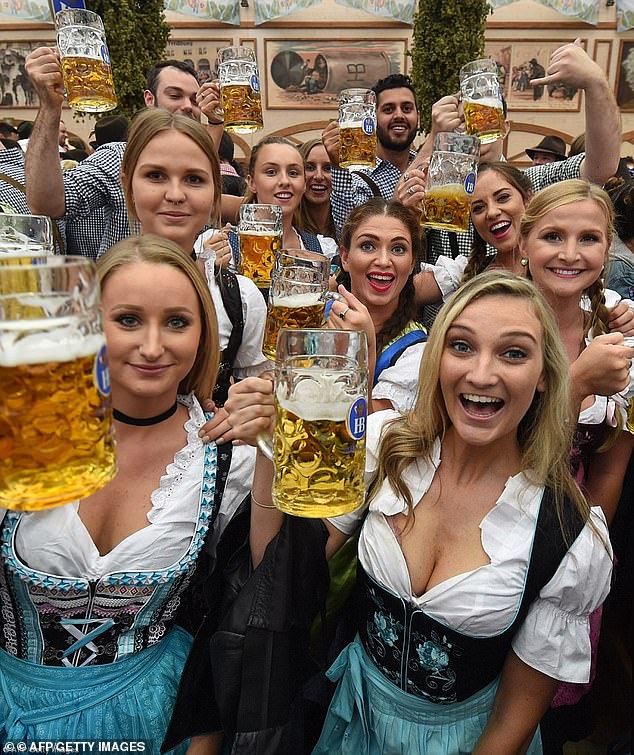 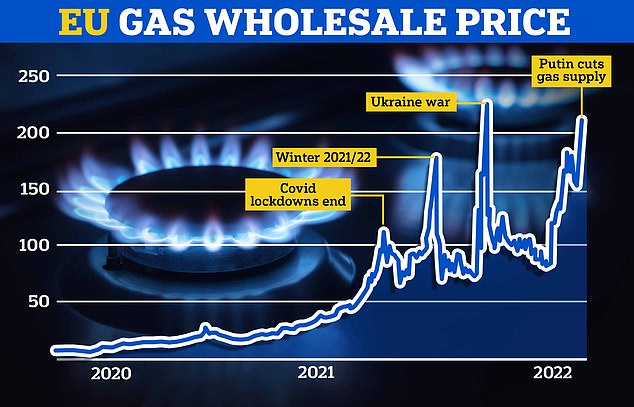 Germans have been told they will have to pay a gas surcharge on top of already-soaring bills, with the average household facing a bill of up to £1,000-per-year

The charge will take effect on October 1 and last until at least March 2024, and is designed to stop suppliers going bust as the cost of buying gas soars.

Exact amounts have yet to be calculated, but economic minister Robert Habeck warned the average household can expected to pay a sum in the ‘mid-hundreds’ of euros while experts calculated some could pay up to £1,000 per year.

It will affect about half of homes in the country which are heated using gas.

Europe is scrambling to get to grips with an energy crisis brought about by Vladimir Putin choking gas supplies. Yesterday, Hanover became the first large city on the continent to turn off hot water in public buildings to conserve energy.

While the energy crisis has been brewing for some time, things escalated this week when Russia reduced the amount of gas coming through the Nord Stream 1 pipe – the main route into Germany – to 20 per cent capacity.

Officially, Moscow says flows are being choked off because of repairs to turbines which pump the gas, but Germany says this is merely an excuse.

Instead, most believe Putin is exacting revenge on European leaders for defying him over the war in Ukraine.

The move is a desperate one. Russia relies on revenue from energy to keep its economy afloat, and will almost certainly face a deep recession without it.

But Putin appears to be betting that European unity over Ukraine will break before the worst effects are felt back home.

If Kyiv loses its Western backing, then it may be forced to seek a peace deal that would favour Putin – or may lose more ground to his troops.

All of Europe is likely to suffer as Putin turns the taps off, with the continent getting around 40 per cent of its gas from Russia before the war.

But Germany is uniquely vulnerable: Last year the country got around 25 per cent of its total energy from gas, 95 per cent of which came from overseas. 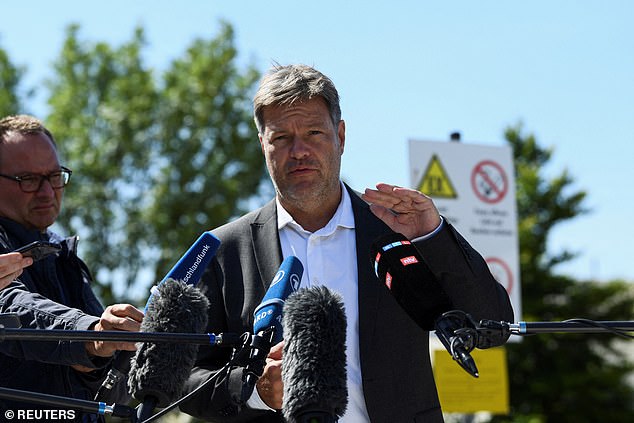 Robert Habeck, the economy minister, says the surcharge will be needed to keep suppliers afloat as the price of gas soars near record levels 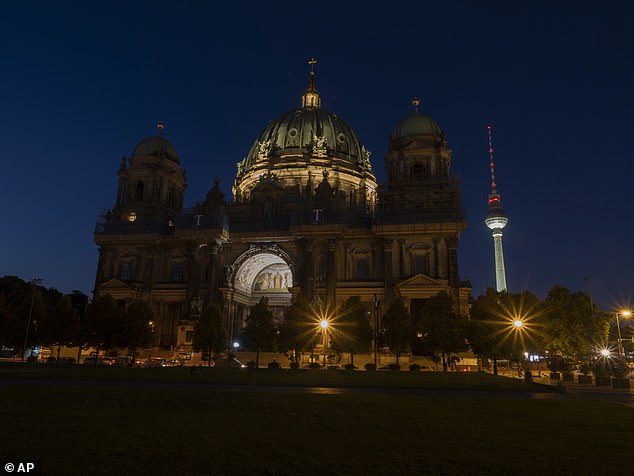 Russia alone accounted for more than half of Germany’s gas imports, the vast majority of which came via the Nord Stream 1 pipe.

Unlike its European neighbours, Germany does not have ports capable of bringing in liquified natural gas which means it cannot easily seek alternative sources.

As Russia strangles the supply, Berlin has been racing to fill up gas storage ahead of winter – but even so, widespread rationing seems inevitable.

By some estimates, Germany will have to cut its gas use by up to 30 per cent this winter in order to get through the cold months.

Economists say the country is now facing recession, and could see up to £240billion wiped off the economy with after-shocks felt until 2025.

Hanover yesterday became the first major city to announce it will be turning off hot water in public buildings in order to save energy.

Swimming pools, sports halls and gyms will now only use cold water – including for hand washing and showers – while central heating will be turned off until September.

Even once the heating is turned back on, thermostats will be kept at 20C maximum with only limited exceptions for vulnerable people.

Other desperate measures include switching off public fountains and blacking out night-time lights on major buildings such as the town hall and museums.

The city’s mayor, Belit Onay, spoke of an ‘imminent gas shortage’ that meant they had to reduce the city’s energy consumption by 15 per cent. 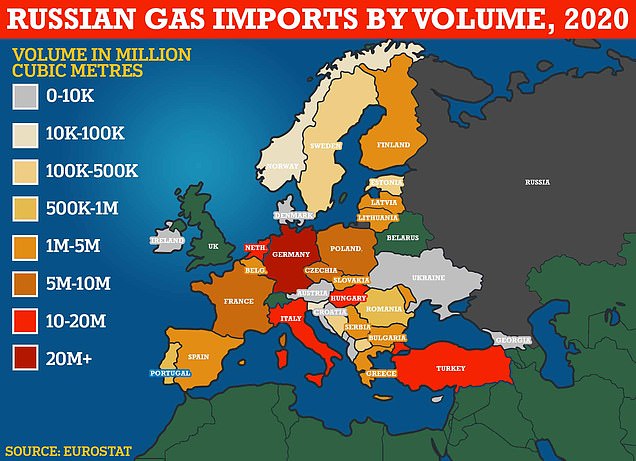 There will also be a ban on portable air conditioners, heaters and radiators.

But Mr Habeck has warned that entire industries could be forced to shut down over winter in order to stop households being plunged into the cold.

About a third of gas is used to power German industry, which is the economic powerhouse of Europe.

A gold-rush for spare gas supplies is now underway, which has sent prices soaring.

Prices in Europe have already climbed to levels not seen since war broke out, and are rising sharply amid fears the Kremlin could close the tap completely.

That has a knock-on effect on the UK, which buys gas from Europe, where prices have risen 7 per cent today and are now six times higher than they were in July 2021.

UK gas ‘spot market’ prices – meaning prices to get gas delivered today – are now $460 per therm, which is about the same level seen last December as costs soared amid an energy shortage in the wake of Covid.

But they are rising sharply, prompting consultants BFY to predict the average yearly household bill will soar to £3,850 from January – triple what it was in 2021.

Europe’s spot price is around $212 per megawatt hour – a much smaller unit than therms –  which is close to the record level it hit as the war broke out.

And costs are expected to keep rising as winter approaches.

Klaus Müller, head of the German federal energy network, has said that household bills couple triple ‘at least’ as a result.

European leaders have struck a voluntary deal to cut gas use by 15 per cent this winter – an admission that there will not be enough to go around otherwise.

But the Union’s own diplomats have been briefing that the pact ‘looks like Emmental cheese’ because of the number of exemptions it contains. 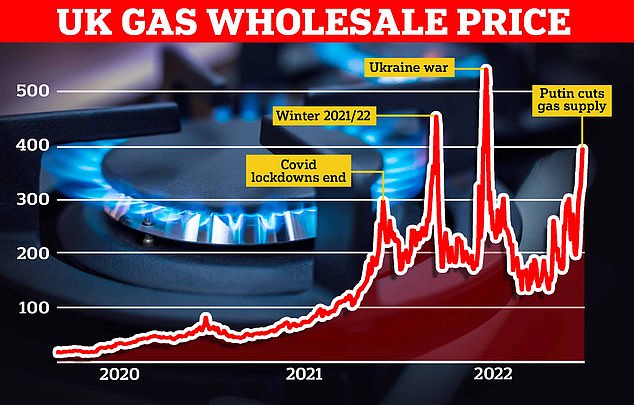 It appears almost half of EU countries could dodge the voluntary reduction as things stand – while more will be able to opt-out if they manage to hoard enough gas before winter hits. Specific industries could also be made exempt.

At least eight states are expected to dodge the cut based on exemptions laid out in the deal: Spain, Portugal, Cyprus, Ireland, Malta, Latvia, Lithuania, and Estonia.

Reasons range from poor interconnection to Europe’s gas or electricity networks – meaning they cannot easily swap gas or energy with their neighbours – to reliance on Russia’s power grid for energy, in the case of the Baltics.

Spain is known to have been particularly irked by demands for a gas cut, with diplomats saying ahead of talks that the country had ‘done its homework’ by building infrastructure that was not linked to Russian supply lines.

France, though not expected to seek an exemption, is know to have supported Spain’s position.

Meanwhile Hungary is likely to simply ignore the agreement – which is voluntary, at least for the time being – having voted against the move, calling it ‘unjustifiable, useless, unenforceable and harmful’.

Poland voted in favour of the plans but has voiced opposition, saying EU members should not be forced to cut their industrial output to help other countries who are reliant on Russia.

That could be an early hint that Warsaw intends to use another opt-out contained within the treaty, which exempts countries that are ‘heavily dependent on gas as a feedstock for critical industries’.

The treaty also contains provisions for countries such as Germany and Italy to reduce the voluntary target if they manage to store enough gas before winter hits. 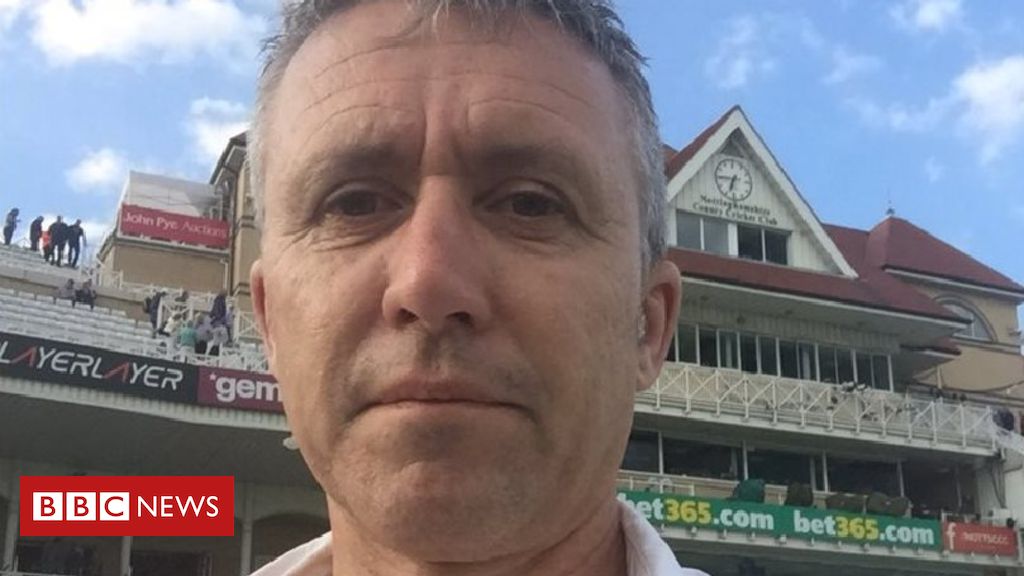 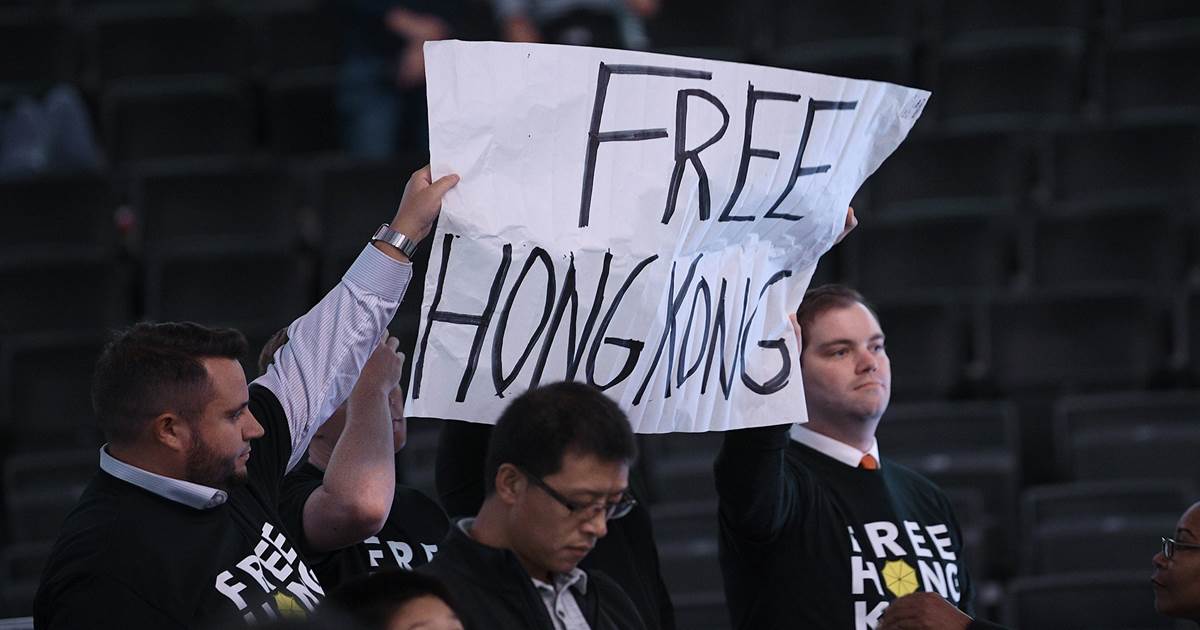 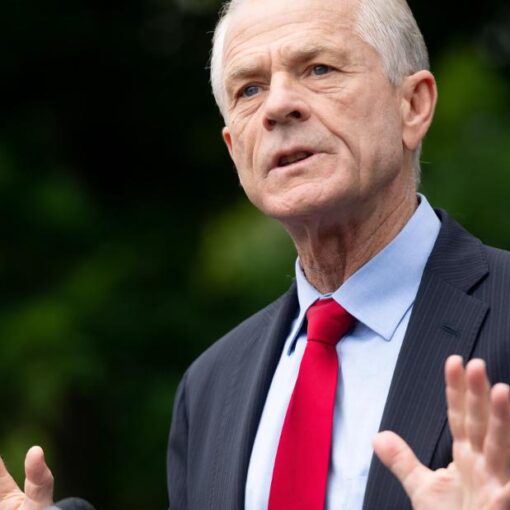 During a court appearance in Washington, DC, on Friday, Navarro said that he still wants to represent himself without a lawyer and […]