Based on the latest numbers, the US is in a period of decline — possibly even a recession.

Recessions are historically marked by a period of widespread layoffs, bankruptcies, higher borrowing costs and turbulence in the stock market.

Gather facts to protect your financial position. No one can predict the future, and it’s important to move calmly and deliberately.

Earlier this week, the Federal Reserve hiked interest rates again by 0.75 percentage points, in its fourth attempt to bring down runaway inflation. But economists and financial experts worry that a recession might be inevitable. Technically, the country is in a recession when gross domestic product, the value of all goods and services produced during a specific period, falls during two quarters back to back. And the results are in — GDP dropped by 1.6% in Q1 and 0.9% in Q2, according to the advanced estimate by the Bureau of Economic Analysis.

While all signs point to a recession, in the US, this is determined by the National Bureau of Economic Research — and it has not called a recession yet.

Right now, whether we can call this a recession or not feels like a game of semantics.

Ultimately, everyday Americans are struggling as prices continue to soar, the cost of borrowing rises and layoffs increase across the country. Here are some recent questions I answered for my So Money podcast audience about how best to prepare, save, invest and make smart money moves in these uncertain times.

First, what can we expect in a recession?

It’s always helpful to go back and review recession outcomes so that we can manage our expectations. While every recession varies in terms of length, severity and consequences, we tend to see more layoffs and an uptick in unemployment during economic downturns. Accessing the market for credit may also become harder and banks could be slower to lend, because they’re worried about default rates.

Read more: The Economy Is Scary. Here’s What History Tells Us

As the Federal Reserve continues to raise rates to try to clamp down on inflation, we’ll see an even greater increase in borrowing costs — for mortgages, car loans and business loans, for example. So, even if you qualify for a loan or credit card, the interest rate will be higher than it was in the prior year, making it harder for households to borrow or pay off debt. We’re already seeing this in the housing market, where the average rate on a 30-year fixed mortgage was recently approaching nearly 6%, the highest level since 2009.

During recessions, as rates go up and inflation cools, prices on goods and services fall and our personal savings rates could increase, but that all depends on the labor market and wages. We may also see an uptick in entrepreneurship, as we saw in 2009 with the Great Recession, as the newly unemployed often seek ways to turn a small business idea into reality.

Are layoffs here to stay?

With the unemployment rate sitting at 3.6%, the job market may appear to be, at least right now, the only stable part of the economy. But that’s likely to be temporary, as companies battling with the current financial headwinds — including inflation, rising interest rates and weakening consumer demand — have already begun to announce layoffs. According to Layoffs.fyi, a website that tracks job losses at tech startups, there were close to 37,000 layoffs from startups in the second quarter of 2022. This week, Shopify announced reducing its workforce by about 10% or roughly 1,000 layoffs. CEO Tobi Lutke said the e-commerce company’s pandemic-driven growth plans “didn’t pay off.”

In the Great Recession, unemployment peaked at 10%, and it took an average of eight to nine months for those out of work to secure a new job. So now could be the time to review your emergency fund if you think there’s a shortfall. If you won’t be able to cover a minimum of six to nine months’ worth of expenses, which is hard for most people, see if you can accelerate savings by cutting back on spending or generating extra money. It’s also a good time to make sure your resume is up to date and to establish contact with influential individuals in your professional and personal network. If you are laid off, make sure to apply for unemployment benefits right away and secure your health insurance.

If you’re self-employed and worried about a possible downturn in your industry or a loss of clients, explore new revenue streams. Aim to bulk up your cash reserves as well. Again, if previous recessions taught us anything, it’s that having cash unlocks choices and leads to more control in a challenging time.

Will interest rates on my loans and debts go up?

As the Federal Reserve continues to raise interest rates to try to curb inflation, adjustable interest rates are set to increase — ratcheting up the APRs of credit cards and loans, and making monthly payments more expensive. Ask your lenders and card issuers about low-interest credit options. See if you can refinance or consolidate debts to a single fixed-rate loan.

In past recessions, some financial institutions were hesitant to lend as often as they did in “normal” times. This can be troubling if your business relies on credit to expand, or if you need a mortgage to buy a house. It’s time to pay close attention to your credit score, which is a huge factor in a bank’s decision. The higher your score, the better your chances of qualifying and getting the best rates.

With stocks in a downward spiral, many want to know how a recession could impact their long-term investments. Should you stop investing? The short answer is no. At least, not if you can help it. Avoid panicking and cashing out just because you can’t stomach the volatility or watch the down arrows during a bear market.

My advice is to avoid making knee-jerk reactions. This may be a good time to review your investments to be sure that you’re well-diversified. If you suddenly experience a change in your appetite for risk for whatever reason, talk it through with a financial expert to determine if your portfolio needs adjusting. Some online robo-advisor platforms offer client services and can provide guidance.

Historically, it pays to stick with the market. Investors who cashed out their 401(k)s in the Great Recession missed out on a rebound. Despite the recent downtick, the S&P 500 has risen nearly 150% since its lows of 2009, adjusted for inflation.

The one caveat is if you desperately need the money you have in the stock market to pay for an emergency expense like a medical bill, and there’s no other way to afford it. In that case, you may want to look into 401(k) loan options. If you decide to borrow against your retirement account, commit to paying it back as soon as possible.

Should I wait to buy a home?

With mortgage rates on the rise and housing prices not cooling nearly fast enough, owning could be more expensive than renting right now. A report from the John Burns Real Estate Consulting firm looked at the cost to own versus renting across the US in April and found that owning costs $839 a month more than renting. That’s nearly $200 greater than at any point since the year 2000.

Fixed rates on 30-year mortgages have practically doubled since last spring, which has helped slow down offers and cool housing prices — but competition among buyers is still stiff due to historically low inventory. All-cash offers and bidding wars continue in plenty of markets. If you’ve been shopping for a home in recent months or the past year to no avail, you may feel exhausted and defeated.

As I stated in my newsletter: Don’t be hard on yourself. You’re not doing anything wrong if you have yet to offer the top bid. While it’s true that a fixed-rate mortgage can offer you more predictability and budget stability, as long as inflation continues to outpace wages, there could be some bright sides to renting right now. For one, you’re not buying a home in a bubble market that some economists are saying is soon to burst. If you have to unload the home in a year or two — during a possible recession — you may risk selling at a loss.

Secondly, renting allows you to hold onto the cash you would have spent on a down payment and closing costs, and will help you stay more liquid during a time of great uncertainty. This allows you to pivot more quickly and secure your finances in a downturn. Remember: Cash is power.

Read more: Should You Buy a Home in 2022 or Wait? 3 Factors to Consider

My final note is that it’s important to remember that recessions are a normal part of the economic cycle. Long-term financial plans will always experience some declining periods. Since World War II, the US has had about a dozen recessions and they typically end after a year or sooner. By contrast (and to give you some better news), periods of expansion and growth are more frequent and longer lasting. 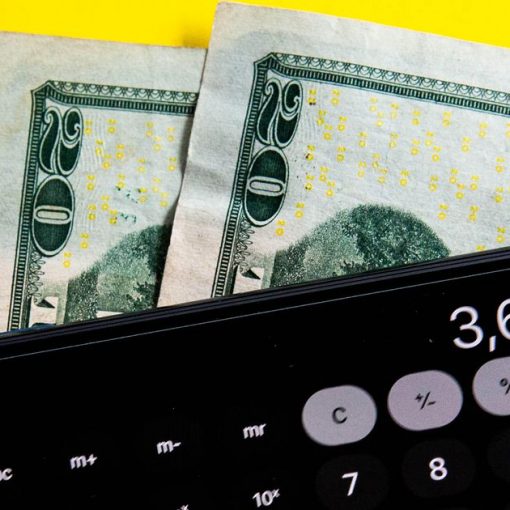 There are a few reasons why families might prefer a larger check for the child tax credit in 2022.  Sarah Tew/CNET Eligible […] 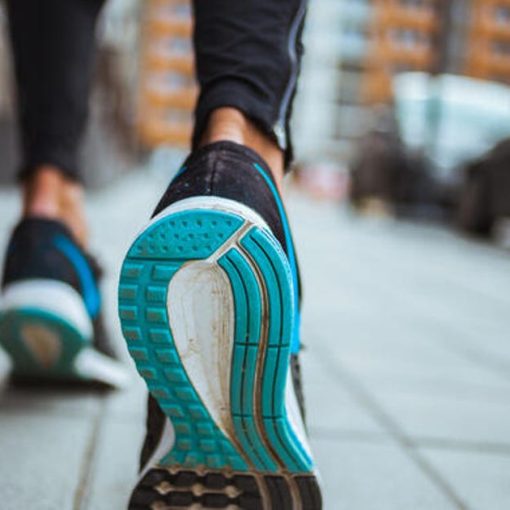 Walking is a great exercise by itself, no doubt. I take a walk every single day, without fail — it gets me […] 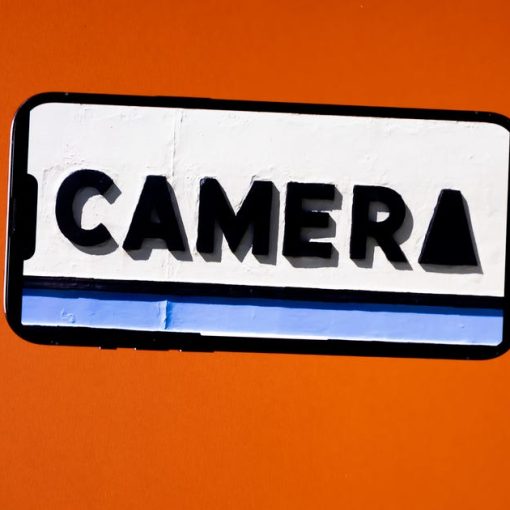 We’ve been consistently impressed with Apple’s iPhone 13 Pro and its awesome camera setup. Those three rear lenses can take stunning images that […] 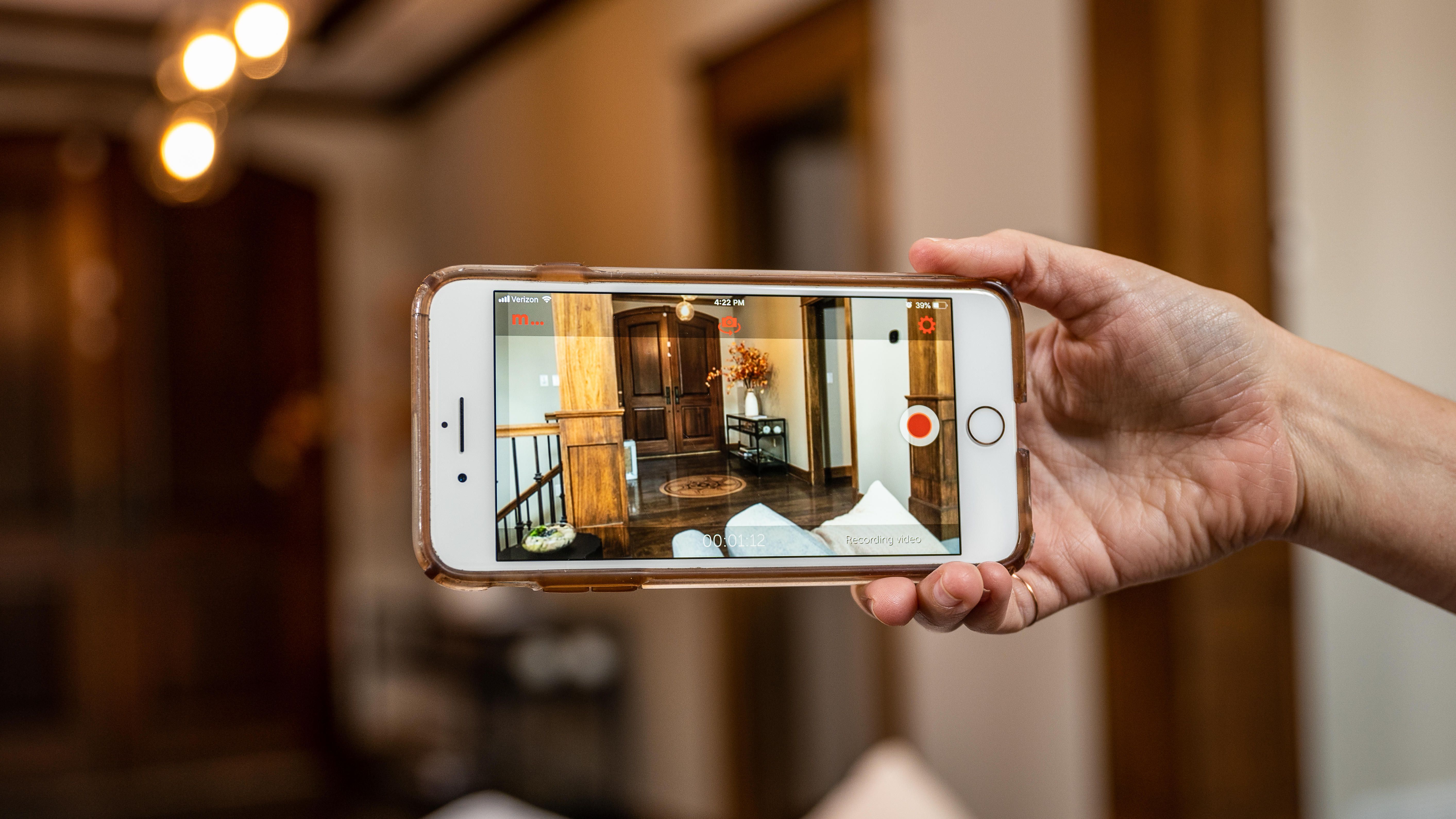 Use Manything, Salient Eye or a similar free app to turn an old phone into a security camera.  Chris Monroe/CNET If you […]