Ronaldo’s agent Jorge Mendes has held talks with Chelsea, Bayern Munich and Atletico Madrid this summer to sound out interest in his client. However, all three have turned their back on the five-time Ballon d’Or winner, with United reiterating to the player that he is part of their plans next season.

According to The Athletic, Ronaldo’s key aim is to play for a club that will be competing in the Champions League next season so that he can ‘cement his scoring record in the competition’. He is currently the competition’s all-time top scorer with 140 goals, though Messi is just 15 goals behind.

The Argentina international has age on his side given that he is two years younger than Ronaldo, and will also be competing in the competition with a very talented Paris Saint-Germain side that does not struggle to create chances and break teams down. Thus, Ronaldo wants to extend his lead at the top rather than watch on from the sidelines whilst playing Europa League football with United.

JUST IN: Liverpool and Newcastle scouting wonderkid but Chelsea may get chance

Ronaldo is currently three goals behind Messi for Champions League group stage goals, and the former Juventus forward is keen to take that crown too. Mendes is even believed to have held talks with Sporting Lisbon, where Ronaldo began his professional career, to sound out whether they would be keen to sign the 37-year-old.

Erik ten Hag has been open about how he is excited about working with the forward next season and his lack of business regarding forwards certainly suggests that he isn’t fearful that the striker will depart. The new boss was keen for his side to acquire the services of Ajax star Antony this summer, though the Eredivisie outfit do not want to sell any more players before the start of the upcoming campaign.

One player who Ten Hag has managed to reunite with at the Theatre of Dreams is Lisandro Martinez, who has spoken about his excitement to work with the manager again. He said: “I was with him three years at Ajax and I know his style of playing. With him, I improved a lot, to be honest.

“He’s here in Manchester now, so again the opportunity was there and for sure he’s very important in my career.” It remains to be seen whether Ten Hag may be able to convince Ronaldo to commit to his vision next season, though recent reports suggest that that will be an impossible task. 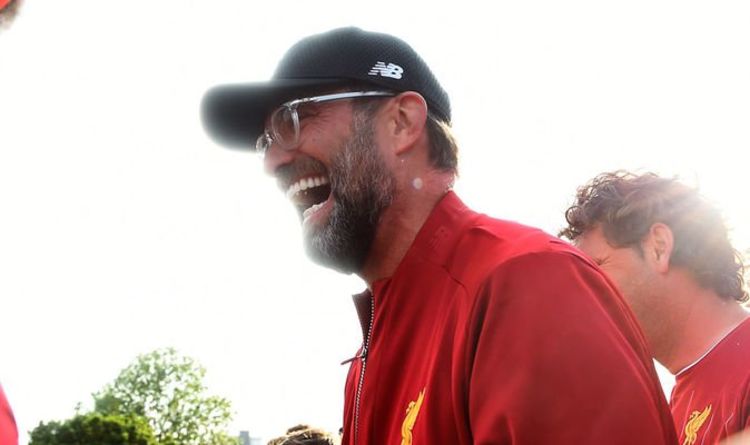 The former Premier League referee Bobby Madley has opened up about the “dark-humoured joke” that cost him his job. Madley ceased officiating […]

Steve Kerr saw everything that Gregg Popovich went through as coach of the US men’s national team, saw exactly how difficult it […]

As the wheel turns, so the hunters become the hunted. England chased down New Zealand last weekend, herding the holders into an […]