(You can get “5 Things You Need to Know Today” delivered to your inbox daily. Sign up here.)

New studies conclude that animals sold at a seafood market in Wuhan, China, are most likely what started the Covid-19 pandemic. In June, the World Health Organization recommended that scientists continue to research all possible origins of the coronavirus outbreak, including a lab leak. In one of the new studies published Tuesday, researchers determined that the earliest Covid-19 cases were centered at the Wuhan market among vendors who sold live animals or people who shopped there. Another study said the first animal-to-human transmission probably happened around November 18, 2019, and that an early version of the virus was found only in people who had a direct connection to the Wuhan market. Meanwhile, authorities in Wuhan today shut down a district of about 1 million people after detecting four asymptomatic Covid cases. All restaurant dining, entertainment venues, places of worship, and public transportation have been suspended for at least three days as “temporary control measures,” the government said.

Following eight public hearings held by the House select committee investigating the January 6, 2021, attack on the US Capitol, a new CNN poll shows the hearings haven’t changed opinions much. About 79% of respondents believe former President Donald Trump acted unethically in trying to hold on to his office after the 2020 election. All told, the poll finds that 69% of Americans consider the January 6 attack to be a crisis or major problem for American democracy. That’s up slightly from 65% earlier this year. This comes as the House Select committee released new testimony on Tuesday from Trump’s former acting Defense Secretary Chris Miller. In the video deposition, Miller said Trump never gave him a formal order to have 10,000 troops ready to be deployed to the Capitol to intervene during the violence. Trump had previously said he requested thousands of National Guard troops be ready for January 6 because he felt “that the crowd was going to be very large.”

A 7.0-magnitude earthquake shook parts of the Philippines today, according to the US Geological Survey. The quake struck in northern Luzon, the country’s most populous island, at 8:43 a.m. local time. The impact was felt in the capital city, Manila, more than 400 kilometers (about 250 miles) away, where workers and residents evacuated from buildings and gathered on the street. The quake also triggered landslides, with photos showing damaged buildings and large boulders tumbling onto a road. In a statement, Philippine President Ferdinand “Bongbong” Marcos Jr. ordered an immediate dispatch of rescue and relief teams to the region. Officials also urged residents to stay alert for possible aftershocks.

The Supreme Court officially transmitted its judgment overturning Roe v. Wade on Tuesday, clearing the way for state restrictions to go into effect. A number of states — including Idaho, Tennessee and Texas — were waiting for this official word to come before enacting some of their laws to restrict abortions, according to the Guttmacher Institute, a reproductive rights think tank. More than half of the states in the US have laws that ban or severely restrict abortion rights, and some have so-called trigger laws that were meant to take effect automatically if Roe v. Wade were ever reversed. Since the court struck down Roe, legal fights are underway in several states with supporters of abortion rights seeing some success in temporarily blocking bans in at least five states, including Idaho, Kentucky, Louisiana, Michigan and Utah.

The Uvalde City Council has vowed to investigate every city police officer who responded to the massacre at Robb Elementary School in May, which left 19 students and two teachers dead. “We’re gonna get a report on everybody,” council member Ernest “Chip” King III said on Tuesday, adding, “everybody that’s Uvalde PD that was there will be held accountable for their actions.” The law enforcement response to the shooting, the second deadliest at a US K-12 school, has been widely criticized due to the 80-minute delay between when the first shots were fired and the gunman was finally killed. In all, almost 400 officers from two dozen Texas agencies responded to school that day. The state’s Department of Public Safety is also leading a criminal investigation into the shooting.

Mega Millions jackpot grows to $1.02 billion after no winner Tuesday

Players nationwide are testing their luck — including the founder of this fast-food chain who bought 50,000 tickets for each of his employees this week.

It’s a bird… It’s a plane… No, it’s pieces of metal. Scientists monitoring its trajectory say the rocket is in an uncontrolled descent toward Earth’s atmosphere and it’s not clear where it will land.

This 13-year-old is headed to medical school

Impressed is an understatement. Learn more about the stellar student here.

Inflation is changing how products are packaged

Shorter flaps, thinner boxes, less color. Have you noticed a difference in the packaging of some of your usual store items?

How much exercise do you need for a longer life?

Here’s how much physical activity you should get on a weekly basis to live the longest life.

That’s the percentage of Democratic voters who want the party to nominate someone other than President Biden in the 2024 presidential election, according to a new CNN poll conducted by SSRS. The poll comes as Biden’s approval ratings remain low and most Americans are discontented with the state of the country and the economy.

“After deep consideration, the time felt right to share these items with the world, which for many are symbols of a historical moment, but for me have always remained personal mementos of a life dedicated to science and exploration.”

— Retired astronaut Buzz Aldrin, on selling his moon landing jacket Tuesday for a record-breaking $2.7 million. Aldrin, 92, became the second person to set foot on the moon in 1969, following crewmate Neil Armstrong. The sale made the garment the most expensive jacket sold at auction, as well as the most valuable American artifact flown in space, according to a statement from Sotheby’s auction house.

This snowboarder was listening to music on her headphones and didn’t realize a massive bear was chasing her! (Click here to view)
source: cnn.com 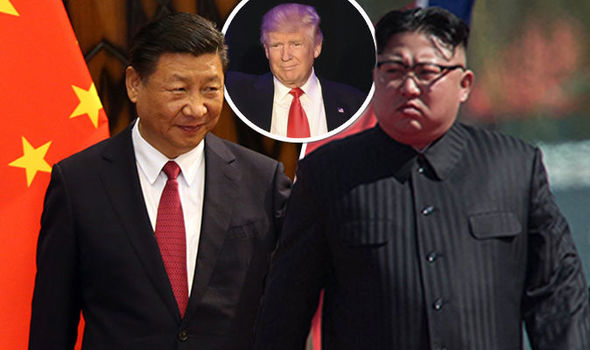 It comes as tensions remain high between the US, China and North Korea over Kim Jong-un’s nuclear weapons programme and repeated missile […]

He’s dictating the terms. A U.S. hacker working solo claims he’s the person behind multiple internet outages across North Korea in the […] Tehran is on schedule to develop nukes before the end of 2019, as completion to its weapons programme is expected within the […] 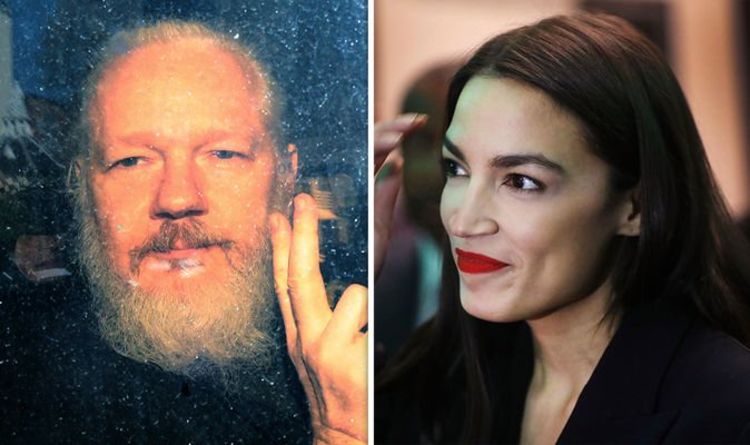 Ms Ocasio-Cortez, known as AOC, said on Thursday there was a specific aspect of Mr Assange’s arrest troubling her, Fox News reported. […]