Gold Cup winner Kyprios followed up in the Goodwood Cup with a narrow success from four-time previous winner Stradivarius in one of the most exciting staying races of recent years on the opening day of the Glorious meeting.

Though Stradivarius got to the front inside the last furlong, Kyprios kept finding more and got his head back in front in the last 200 yards to hold on for a neck victory.

The pair finished just ahead of Trueshan, who was given the chance to defend his crown by trainer Alan King and the six-year-old ran a bold race in bidding to win back-to-back renewals, finishing a length and a quarter back in third.

The Goodwood crowd were willing Stradivarius to a fifth success in the long-distance Group One event but while it wasn’t to be, race fans were rewarded afterwards when owner Bjorn Nielsen confirmed his eight-year-old veteran would carry on racing.

He said: “I was happy with the way Stradivarius ran. I thought half a furlong out he might do it but it was hard to see at the angle and if he had been upsides it might have been a different story.

“We’re not going to say goodbye after that. He still has his enthusiasm and he’s run the Gold Cup winner very close. York [for the Yorkshire Cup] is on the cards. Frankie handled him well there but I haven’t discussed [whether he will be back on the horse] with the trainer.”

Usual jockey Frankie Dettori was taken off after he had a troubled passage for the second year running at Royal Ascot in the Gold Cup.

Andrea Atzeni, who was on board on Tuesday, said: “He ran his heart out again. Maybe he got a bit lonely on his own but he is a true champion.”

Winning rider Ryan Moore holds the winner – who at one stage in his life was seen as a Classic contender – in very high regard. “Today is only his eighth race and he is only doing what he has to do,” he said.

“It was a steadily-run race and he was in front a long way out. He was just waiting. I always feel I’m not going to the bottom of him.

“He is a proper Group One horse and Aidan has always had a lot of belief in the horse. At the start of the year he was saying what he thought he could do, so all credit to him and the team at home for getting him back.” Tony Paley

With Baaeed sure to set off at prohibitive odds for the Sussex Stakes on the second afternoon at Glorious Goodwood, the Group Three Oak Tree Stakes makes more appeal from a betting perspective as 17 fillies and mares are due to go to post and the market is struggling to find a favourite.

Heredia and Soft Whisper are the obvious candidates, and the former’s smooth success in the Sandringham Handicap at Royal Ascot is the strongest piece of recent form on offer.

Richard Hannon’s filly surrendered her unbeaten record when odds-on at Sandown Park 15 days later, however, and while she was possibly feeling the effects of three races in quick succession, punters can be forgiven for wondering if a 25-day break is enough to freshen her up.

As a result, the steadily-progressive Soft Whisper (2.25), a Listed winner last time, makes more appeal at around 9-2. She has a high draw to contend with but Saeed bin Suroor’s filly is the only confirmed front-runner in the field and will be tough to pass if Marco Ghiani can get her out and across towards the rail from stall 16.

Goodwood 1.50 Secret State will be a popular choice to follow up his win at the Royal meeting, but he faces several improving and lightly weighted rivals including Soulcombe. William Haggas’s gelding has made short work of his only two handicap starts so far and gets 19lb from the favourite.

Goodwood 3.00 The form of this year’s Windsor Castle at Royal Ascot looks rock solid with seven subsequent winners emerging from the race already, including the runner-up, Rocket Rodney. George Scott’s gelding had plenty to spare at Sandown next time up and has useful experience of this test too, having won a novice event over track and trip in April.

Goodwood 3.35 Unbeaten Baaeed is head and shoulders above this field on the ratings and has recorded dominant victories over Alcohol Free, Chindit and Order Of Australia already this summer. Modern Games, the French 2,000 Guineas winner, is a fresh opponent but will need to find more than a stone to give Baaeed a race if the favourite is anywhere close to his best.

Goodwood 4.10 Rousay has been generally progressive this season and 10-1 is too big a price on her form when runner-up at Salisbury earlier this month.

Goodwood 4.45 The Platinum Queen had plenty in hand at York last time and should need only to match that form to follow up here. Greg Wood

As in the three previous women’s Test matches going back to 2019, rain intervened to derail an emerging contest and to stifle […] 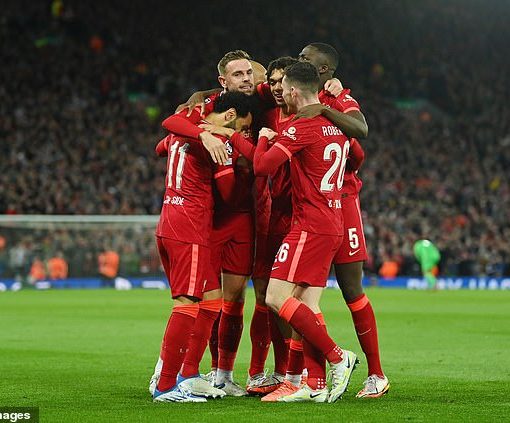 The last Liverpool team to come close to winning the acclaimed treble of league, FA Cup and European Cup was the 1977 […] 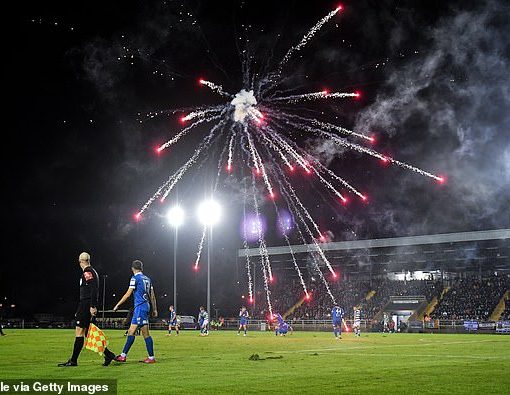 Fireworks on the pitch… literally! Games at both Hashtag United and Waterford are marred on Bonfire Night by idiotic fans aiming rockets […]