Count among them President Joe Biden’s administration-wide push to bolster competition throughout the American economy. It seeks to answer rising complaints about how dominant corporations exploit their market power, with the promise of benefits for consumers, workers and 21st century capitalism itself. But the effort sprawls across so many executive actions and agencies as to blur attention to its reach and impact.

White House aides point to an academic estimate that eroded competitive forces in the economy cost the median household $5,000 per year. Even if their effort could eventually claw back that money, it would come only gradually on a time frame extending well beyond Biden’s presidency.

“That’s not going to turn around overnight,” observed Brian Deese, who directs White House economic policy and chairs its newly created Competition Council. “The impact will be years, and in some cases beyond that, down the road.”

Biden set the effort in motion a year ago with a sweeping executive order to promote competition across the US economy. Its directives involve Cabinet departments (including Treasury, Justice, Transportation and Labor) and independent agencies (the Federal Trade Commission, Federal Communications Commission and the Food and Drug Administration). The initiative touches corners of the economy from Big Tech to meatpacking to professional baseball.

The President who calls himself “Middle Class Joe” self-consciously invokes predecessors Theodore and Franklin Roosevelt in his bid to tame economic abuses. He launched it with a trademark line: “Capitalism without competition isn’t capitalism — it’s exploitation.”

The competition push has already yielded discrete benefits important to individual segments of society. Owners of iPhones, for example, now have the “right to repair” their devices at places other than an Apple store; the company offered that concession after the administration began pursuing such a requirement.

“This is good,” said Michael Strain, who directs economic policy studies at the conservative American Enterprise Institute. “We’ve been a little too lax for the last few decades.”

A pending FDA hearing-aid regulation results from a 2017 bipartisan law, promoted by Democratic Sen. Elizabeth Warren and Republican Sen. Charles Grassley, and signed into law by President Donald Trump. It would let millions of Americans save thousands of dollars apiece through cheaper over-the-counter alternatives to prescription-only hearing aids by the firms now dominating the industry.

Individual appointees pursuing Biden’s agenda have sparked controversy. Lina Khan, the Federal Trade Commission chair who rose to prominence as a barbed critic of Big Tech, has roiled Republican colleagues and the industry with her aggressiveness, and the agency staff with her management.

Yet Khan’s ally at the Department of Justice, antitrust division chief Jonathan Kanter, has received public support from his Trump administration predecessor. Kanter’s blunt declaration: “The new era of vigorous and effective antitrust enforcement has begun.”

That new era seeks to look beyond the Reagan-era “consumer welfare standard,” which made effects on prices the key variable in evaluating proposed corporate mergers. It adds consideration of the effects on workers, communities and democracy itself — a swelling concern as Silicon Valley giants play ever-increasing flows in the aggregation and dissemination of information.

The result: six active Justice Department lawsuits challenging proposed mergers in industries from airlines to book-publishing. The antitrust division also has 19 pending criminal cases that include indictments of executives for conspiring to suppress the pay of home health workers and of a contractor for rigging bids on military work.

“There’s greater recognition for the importance of our work than I’ve ever seen in my lifetime,” Kanter said. “It’s intuitive, emotional — a genuine belief that competition yields opportunity.

The President takes particular interest in constraints on competition for labor, which a Treasury Department study argues has depressed wages by around 20%. Biden’s executive order targeted “non-compete” agreements that hinder workers’ ability to take higher-paying jobs at rival firms. Microsoft announced it would stop using them.

Agriculture Secretary Tom Vilsack aims to increase market options for farmers and ranchers to sell their meat and poultry in a processing industry now dominated by giant firms. The department has launched a farmerfairness.gov website as part of what Vilsack calls “an effort to balance the playing field.”

Vilsack doesn’t expect quick political benefits in red-leaning farm states such as Iowa, where he previously served as governor. In fact, the White House triggered immediate resistance even from some allies by partly blaming current inflation on “corporate greed” in industries such as meatpacking with limited competition.

“If you think corporate greed is playing a major role in the current inflation then you need rethink,” tweeted Harvard professor Jason Furman, who served alongside Biden as President Barack Obama’s top economic adviser. Like most economists, he ascribes today’s price hikes to the collision of overheated demand with limited supply.

Yet he endorses Biden’s push to spur competition. “It’s a decent-sized deal,” Furman said, “especially if it grows over time.” 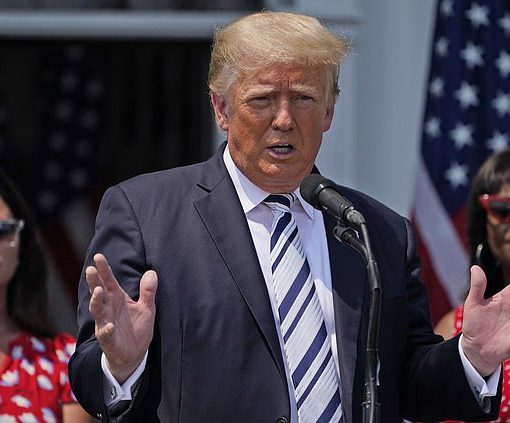 A man sparked panic at a California airport Friday when he breached security and took a joyride on the taxiway, prompting an […] 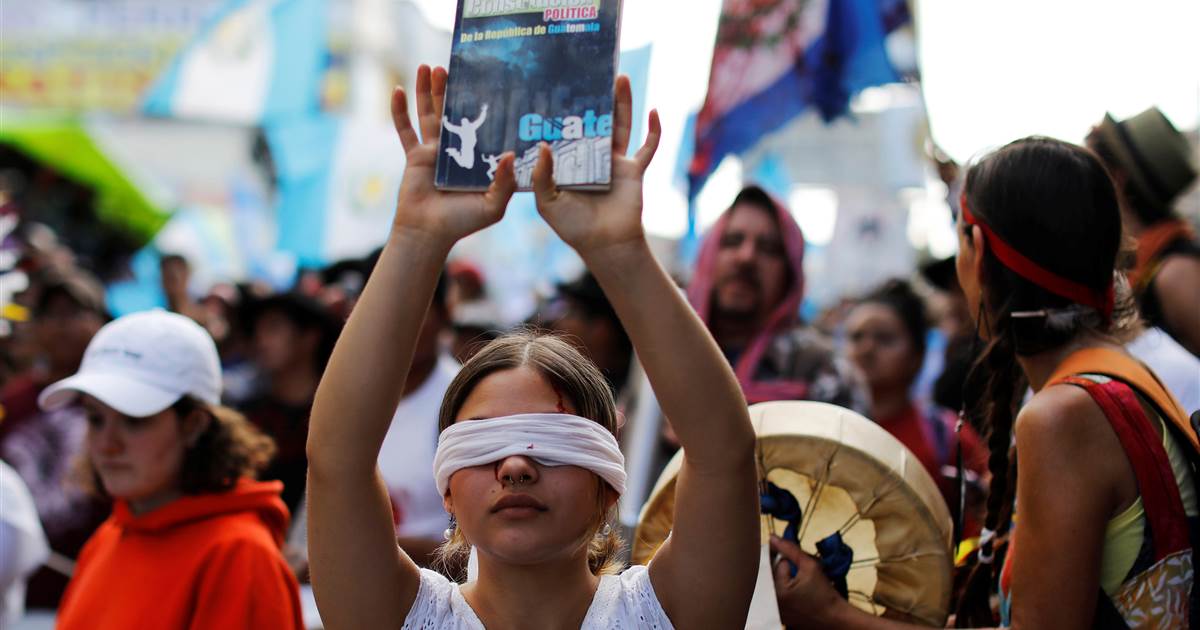 Guatemala is the cornerstone of President Donald Trump’s “safe third country” agreement — an effort to stem migration to the U.S. by […] 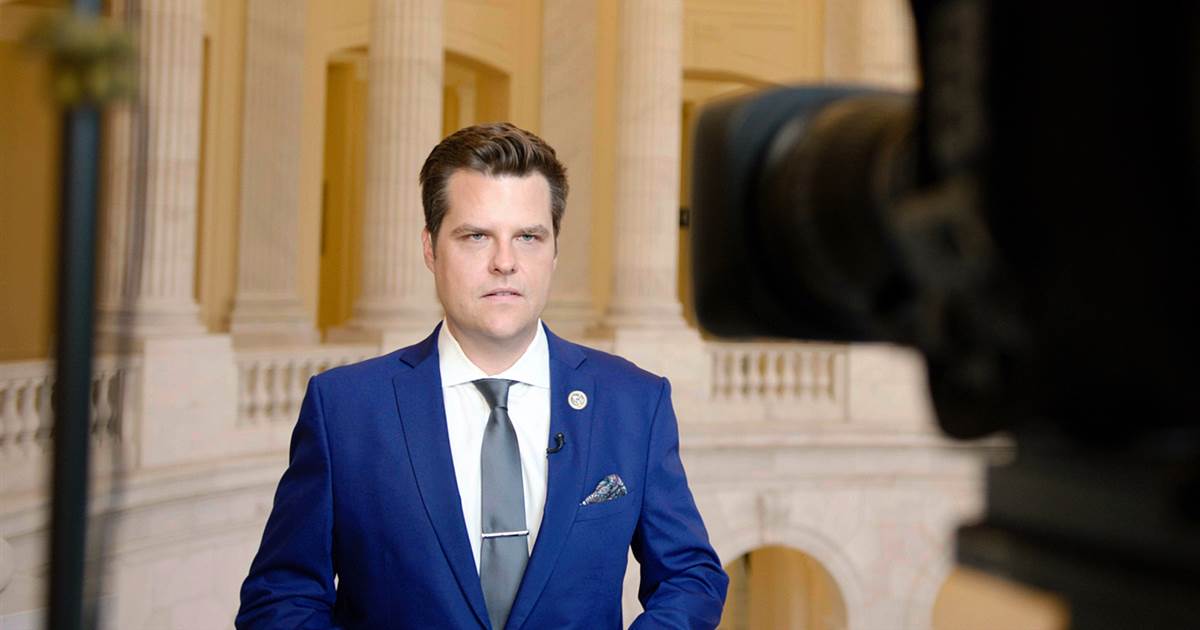