Every person knows sleep is necessary to regulate our metabolism, brain function and give our bodies the chance to rest. If you’re like me, you look forward to sleeping each night to see what kind of crazy dreams your mind might cook up (like riding a giant goldfish through a marshmallow world). While it’s easy to know why we have to go to sleep each night, it’s much more difficult to explain why we dream and how to interpret what exactly those dreams mean, especially if they’re outlandish or perhaps even scary.

Dreams are very common. In fact, you have one to six dreams a night, the strongest happening during REM sleep. Nobody remembers all the dreams they have, and if you’ve ever woken from a particularly unsettling or offbeat dream, you may wonder why you dream the things you do. You can start dissecting what your dreams mean with the help of the three sleep experts we interviewed for this ultimate guide to your dreams. Here’s what to know about your dreams, what they mean and why you have them.

Read next: I Tried Polyphasic Sleep and Almost Lost My Mind

What exactly are dreams?

There’s no definitive evidence about what dreams consist of, but it’s generally accepted that dreams represent a collection of thoughts, struggles, emotions, events, people, places and symbols that are relevant to the dreamer in some way.

The most vivid dreams typically occur during REM sleep, although you can dream during other stages of sleep.

Why do I dream?

There are many theories of the function of dreams, Kuras says. “They appear to assist in memory formation, integration, problem solving and consolidation of ideas both about ourselves and the world,” adding that neuroscientists have discovered that dreams help with information processing and mood regulation, too.

While scientists know a great deal about what happens physiologically when people dream, there’s still much to be studied about what happens psychologically. For example, researchers know that people with post-traumatic stress disorder are likely to have nightmares. But people without PTSD have nightmares, too, so it can’t be said that nightmares always accompany psychological conditions.

One concept that’s generally accepted is that dreaming is a highly emotional process, because the amygdala (an emotional center in your brain) is one of the areas of your brain that’s most active during dreams, according to neuroimaging studies.

Why do I forget my dreams?

Part of this is biological, Kuras says, as neurotransmitters forming memory are less active during sleep, and dream forgetfulness also appears to be related to the level of electrical activity in the brain during dreams.

Additionally, it could have something to do with the content of your dreams, Kuras says: Early psychoanalytic theory suggested that difficult or traumatic information in dreams is suppressed, and the dreamer is less likely to retrieve or analyze it.

Dr. Meir Kryger, a sleep medicine doctor at Yale Medicine, tells CNET that most people remember their dreams when they’re awakened in the middle of a dream, or in the first few moments after a dream has ended. But the catch is that the memory only lasts for a short time… unless you write it down or repeat it in your head over and over, there’s a good chance you’ll forget the dream. It’s likely that it’s more common to forget dreams than it is to remember them, Dr. Kryger says.

What does my dream mean?

Different cultures throughout history have ascribed meaning and importance to dreams, though there’s little scientific evidence that dreams have particular meanings attached to them, Kuras says, “No one has yet determined with exactitude what dreams or the images in dreams mean. That dreams are significant indicators of one’s subconscious mind is a basic assumption in various cultures, but in different ways.”

The first train of thought can be attributed to Sigmund Freud, who is recognized as the first person to assign definitive meanings to dreams — like that dreaming about a king and a queen actually means you’re dreaming about your mother and father, Dr. Kryger says.

Although dream psychoanalysis may have only begun in the last century or two, people have studied dreams for far longer: Aristotle wrote about dreams as early as 325 B.C., according to Dr. Kryger.

Lauri Quinn Loewenberg, a professional dream analyst, says the problem with arriving at proof across the board “is that dreams and their meanings are so very personal because they are based on the person’s individual life experiences.”

Additionally, neuroscience tends to focus on the function of dreaming (like memory retention) rather than the “comparative analysis between the imagery in dreams and the content of the previous day, which is how I approach dream analysis,” Loewenberg says.

That said, certain dreams do have meanings attached to them, if for no reason other than holding significance for many people. Below, Dr. Kryger, Kuras and Loewenberg discuss meanings about common dreams and symbols in dreams.

What does it mean when you dream about water, wind and fire?

Though there’s no true evidence that the elements have particular meanings (it’s mostly speculation, Dr. Kryger says), there are some associations that seem common.

Fire most often equates to anger or distress, Loewenberg says, while wind can represent imminent changes or changes that you’re currently going through.

“As far as these being accepted meanings, all that truly matters is what fits for the dreamer,” Loewenberg says. While many symbols have a general meaning that can fit most people and common situations, you have to account for your personal associations with symbols, she explains.

What does it mean when you dream about death?

Dr. Kryger says it’s very common to dream about death, particularly about the death of someone close to you emotionally. It’s also common to interpret those sorts of dreams as communication from the dead, which isn’t really a surprise: “death has such a great impact on the living that it is often incorporated into dream content,” he says.

Loewenberg says dreaming about death can signify the end of something in real life, and that doesn’t necessarily mean the end of a life.

“To dream of your own death isn’t a premonition but rather a reflection of how you are coming to realize that life as you now know it is coming to an end,” she says, adding that it’s not unusual to dream about death during things like moving, the process of quitting smoking or making a career change.

According to Kuras, “this all depends on what these images mean to the dreamer in the context of their life and challenges. Dream work is very much the exploration of feelings and meaning for the dreamer and is somehow related to the ‘work’ of managing life and its challenges.”

What does it mean when dreams are set at nighttime vs. daytime?

Like the elements, there’s no actual scientific proof that darkness and light have set meanings, but many dreamers associate each with a particular feeling, Loewenberg says. For example, dreams that take place in the dark can represent uncertainty in real life — such as if you are “in the dark” about something going on and you need more information to make a decision. Darkness has also been associated with sadness or loneliness.

Dreams that take place in the daytime, on the other hand, may not mean anything for most people. But if you typically dream in dark settings and suddenly have dreams set in daytime, it could signify that an issue was resolved or that you’ve come out of a period of sadness.

Again, dream interpretation is almost entirely speculation, and what’s important is how you relate your dreams to your own life.

Why some dreams are common

Have you ever dreamed that you were falling and jerked awake? If you’ve ever discussed said dream with other people, there’s a good chance someone else chimed in saying, “I’ve had that dream, too!” Dreaming of falling seems to be pretty common, and it’s something called an archetype, Loewnberg says.

An archetype, by definition, is “a very typical example of a certain person or thing” (Oxford); when applied to dreams, an archetype is something that signifies “patterns of the psyche.”

Other common dreams, which may or may not be archetypes depending on what’s happening in your life at the time you have the dream, include:

Loewenberg says these dreams are so common because they’re connected to common behaviors, actions, thoughts and fears. For example, many (if not most) people worry about arriving late for something important, such as a work presentation or a plane flight. Likewise, many people may worry about their partner having an affair, which can show up in dreams.

Having dreams where you appear naked or embarrassed in front of a crowd is often related to social anxiety, Loewenberg says, or worrying about how others perceive you.

How to interpret your dreams

Since, as mentioned before, there’s no solid body of evidence about the meanings of dreams, you have to interpret your dreams in ways that make sense to you.

“The determination of what dreams convey are particular to the person and current situation,” Kuras says, “so what the person is experiencing, what challenges they are facing, and what psychological developments are occurring will inform meaning in each case.”

Dreaming is a thinking process, Loewnberg reiterates. “Our dreams, those strange little stories we experience every night while we sleep, are actually our subconscious thoughts,” she says. “They are a continuation of our stream of consciousness from the day.”

But during sleep, instead of talking to yourself in words, you are talking to yourself in symbols, metaphors and emotions, Loewenberg says. The change in language happens because your brain works differently during REM sleep: Notably, the prefrontal cortex, or decision-making center of your brain, is less active or inactive, while the amygdala, the emotional center of your brain, is highly active.

That’s why dreams can be so frightening or frustrating, and feature events that shouldn’t or couldn’t happen in real life.

“In a nutshell,” Loewenberg says, “dreams are a conversation with the self about the self, but on a much deeper, subconscious level.” 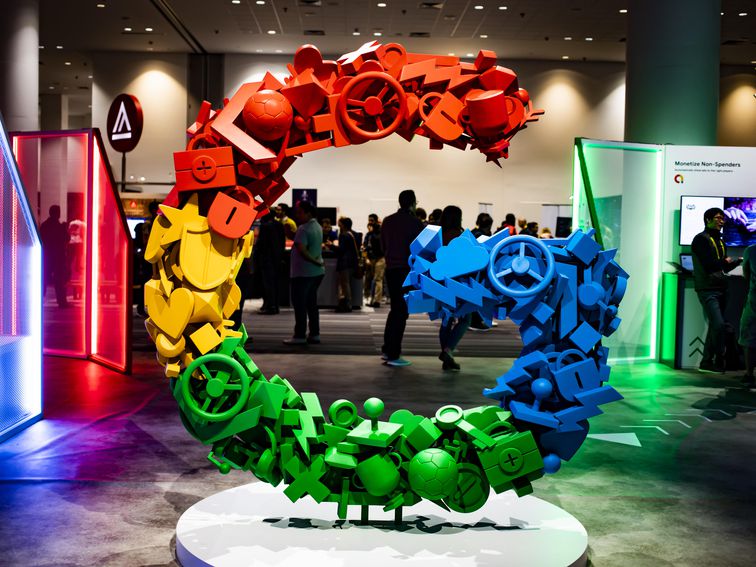 Google has postponed its digital-only Cloud event, which would have started April 6. James Martin/CNET For the most up-to-date news and information […] 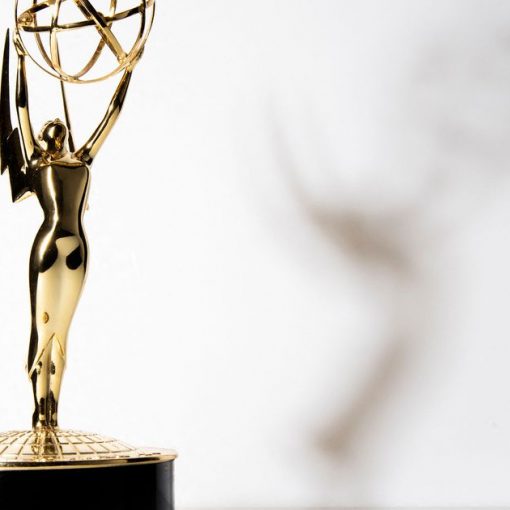 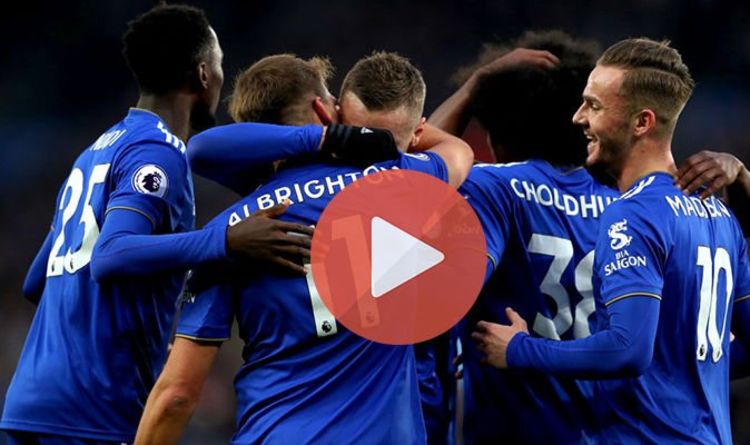 Everton and Leicester kick off an action-packed day of New Year’s football. And the good news for the Toffees is that forward […] 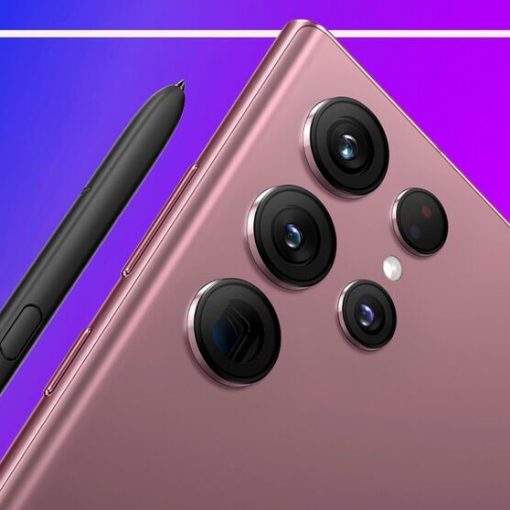 Best Samsung Galaxy S22 Ultra Deals: Find all of the latest offers and discounts below (Image: SAMSUNG • GETTY ) This article […]