(CNN) — If you don’t already own a wok or have plans to buy one, chances are you will after talking to Grace Young.

But like the thousands who have attended her wok demonstrations or read her award-winning books over the last two decades, you won’t regret it.

This year, the revered food writer, historian and ‘wok therapist’ has been named the recipient of two of the culinary world’s most prestigious food culture awards — the 8th annual Julia Child Award and the 2022 James Beard Humanitarian of the Year Award.

The awards don’t only recognize Young’s work promoting Chinese culinary culture, but also her recent efforts advocating for mom-and-pop businesses in Chinatowns across the United States during the pandemic — neighborhoods devastated by Covid-19 lockdowns and anti-Asian hate crimes.

An advocate for Chinatown

On March 15, 2020, as New York City Mayor Bill De Blasio contemplated a city-wide lockdown in response to the fast-spreading virus, Young was in Chinatown with videographer Dan Ahn documenting the community’s distress and uncertainties about the future of their livelihoods.

“It was a very powerful experience for me to be in the middle of living history to see Chinatown on one of its darkest days. That motivated me to do everything that I could to help,” Young tells CNN Travel.

While the pandemic has affected businesses across the city, the small establishments in New York City’s Chinatown had it the worst as people felt unsafe to go there — “even though there were no cases of Covid that had been reported from Chinatown then,” Young adds.

“People were afraid to come to Chinatown because of misinformation and xenophobia,” she says.

Grace Young, award-winning food author and wok therapist, is the recipient of the 2022 Julia Child Award.

The situation worsened as anti-Asian hate crimes increased significantly in the months to follow. In 2020, attacks targeting Asians nationally spiked to 279 from 161. Between March 31, 2021 and March 31, 2022, 110 of 577 hate crime incidents targeted Asians, according to the NYPD Hate Crimes Dashboard.

As reports of such crimes increased, businesses began closing their doors early, allowing their workers to head home before dark, a trend that continues today.

“Chinatown, pre-pandemic, was very lively till 10 or 11 at night. Now, it’s very painful for me to see that a lot of stores and markets close their door at 5 o’clock. During weeknights, it can be very quiet,” says Young.

Most of the businesses in Chinatown are mom-and-pop shops — often without a website. Young started to use her influence to advocate for them.

In 2021, she partnered with New York non-profit Welcome to Chinatown to launch the Grace Young Support Chinatown Fund. It raised $40,000.

She donated the proceeds to four legacy businesses in Manhattan’s Chinatown — Hop Lee, Hop Kee, Wo Hop Upstairs and Wo Hop Downstairs. In turn, the businesses provided meals for people suffering from food insecurity.

“Each restaurant only received about $10,000 — and they had to use the money to cook meals to feed residents who are in need. But having to cook these meals helped the staff’s morale as there was something to do after not having any business day after day,” says Young.

She plans to donate the $50,000 grant she received as part of the Julia Child Award to several non-profit organizations that support Chinatowns across the country.

Wisdom of the Chinese Kitchen

“I don’t think I’d have gone into a food career without Julia Child’s influence. She was the one who got me so fascinated and interested in cooking,” says Young, who fell in love with Child’s cooking when she was a young teenager.

Growing up in San Francisco, Young says she enjoyed a lot of excellent Cantonese home cooking.

In college, she tried to replicate the dishes she grew up with using Chinese cookbooks but had little success. So in her 30s, she asked her parents to teach her how to cook the Cantonese classics — from stir-fry tomato with beef to cashew chicken.

The experience led to her first cookbook ,”The Wisdom of the Chinese Kitchen,” which was published in 1999.

“When I wrote my first cookbook, I wanted to do for Chinese cooking what Julia Child had done for French cooking,” Young says. That is, to take the “bugaboo out of French cooking” — or Chinese cooking, in Young’s case — “to demonstrate that it is not merely good cooking but that it follows definite rules,” as Child once explained.

Young says she wanted to do for Chinese cooking what Julia Child had done for French cooking.

Working on the book was more rewarding than Young could ever have expected.

After about two years of intensely documenting the goings on in her family kitchen, she thought they had covered all the dishes she wanted.

That is, until her father said “but we haven’t taught you ‘waat gai faan.'”

One of his favorite dishes, it was the last recipe Young learned from her parents to include in “Wisdom of the Chinese Kitchen.”

Waat gai faan is a simple dish made by steaming chicken, shiitake mushrooms and rice in a pot. The process makes the chicken very tender, hence “waat” or “slippery” in Cantonese, and the rice fuses with the savory chicken flavors. The recipe is titled “Tender Chicken on Rice” in her book.

“The ‘Wisdom of the Chinese Kitchen’ was published in 1999 and about 10 years later I got a call that my mom had a stroke,” says Young.

She flew back to San Francisco to visit her mother in the hospital.

“She was unable to speak. I sat there with her. They brought the hospital food. It was something like meatloaf and mashed potato. She took her fork and was poking at the food, but she didn’t take a bite,” Young recalls.

So the concerned daughter went back to her family’s home and made tender chicken on rice in a small pot.

“I brought the pot with me to the hospital. It was still hot when I walked into the hospital room. The moment I walked in, she could smell the aroma and she looked up. I uncovered the pot and she ate the entire thing,” says Young.

As her mother grew older, Young continued to cook for her. Despite having dementia, Young’s mother would always recognize her food. Cooking became a way to reach her.

“When I wrote ‘The Wisdom of the Chinese Kitchen,’ I thought I was writing it for my generation and future generations so we wouldn’t forget the old recipes,” she says. “But I never dreamed that it would enable me to comfort my parents in their moment of need.

“Now both my parents have passed away. It was one of my greatest gifts in life that I took the time to cook with my parents. Now when I make waat gai faan, it feels even more meaningful. I almost missed that recipe.”

Over the years, Young realized that many Chinese Americans — like herself when she was younger — had no idea how to use a wok.

In an effort to preserve the art, she dedicated her next two books to woks and stir-frys: “The Breath of a Wok” and “Stir-frying to the Sky’s Edge.”

“In America, a lot of people call the wok the stir-fry pan,” she says. “They have no idea that you can use the wok for steaming, boiling, poaching, pan-frying, stir-frying, deep-frying, smoking and braising. I use my wok to scramble eggs, to pan fry a steak and to even make popcorn.

“Making popcorn in the wok is actually very good for intensifying the patina of the wok.”

For those who aren’t familiar with the concept, patina is a brownish film on the surface of metals that is produced after a long period of continual usage. It’s like a natural non-stick coating for the wok.

Among the undisclosed number of woks in her collection — Young won’t tell us how many she has as she doesn’t want her husband to find out — she says there’s a 14-inch flat-bottomed carbon-steel wok, which she affectionately nicknamed “wok man,” that she takes with her when she travels for work.

“Wok man has logged many frequent flier miles. If only it could have earned its own free ticket,” says Young.

Contributing to Young’s popularity, her books managed to overcome the challenge of explaining the many ethereal Chinese culinary concepts — for example, she coined the phrase “wok hei”, or ‘breath of a wok’ — a feat generations of Chinese food writers and lovers are grateful for.
Today she considers herself a wok therapist, answering questions from nervous new wok owners via email while also participating in Wok Wednesdays, an online stir-frying cooking group she co-founded.

After three cookbooks, Young says she still doesn’t consider herself a chef.

But she is passionate about preserving and demystifying Chinese culture, especially through food.

Whether writing wok recipes or advocating for Chinatowns, she says she’s not only doing it for the Chinese communities in the US.

For her, Chinese cuisine and the Chinatown culture are an integral part of American culture and history.

“I think that people forget that Chinese food actually has such a long history in America dating from the 1840s, and that it is a very important part of the American culinary landscape,” says Young.

“Chinatown to me is a sacred part of the American identity and it represents the story of America. It transports you to another world. It’s a little bit of a bygone era.” (CNN) — With more and more Italian towns offering up dilapidated homes for next to nothing, potential buyers have been somewhat spoiled […] A charming and cosy yurt for two with a hot tub in Devon sounds like the most idyllic getaway. “A yurt on […] 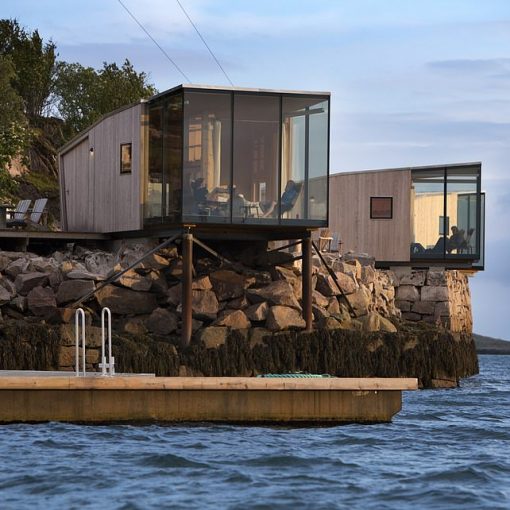 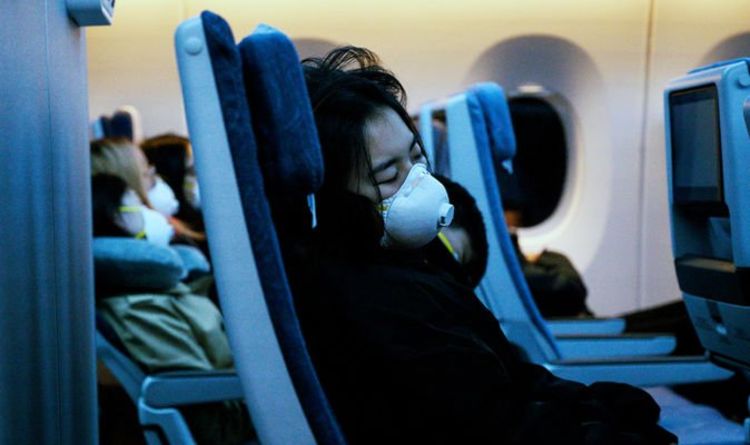 The coronavirus spreads quicker through human to human contact. The World Health Organisation defines contact with an infected person as being seated […]