Around this time just over a decade ago something happened in fashion that was as rare and unexpected as the sight of Kate Moss in a tutu.

The front row of the couture shows, that rarefied array that often seems preserved in amber, underwent something of a metamorphosis seemingly overnight. A group of young women materialized en masse, with a magnetic combination of beauty, charm, wealth and wardrobes that sent the watching fashion world into a frenzy. That they happened to emerge from Russia, once considered something of a fashion wasteland and then a flashy arriviste, made them irresistible.

“The Czarinas Are Back,” crowed a headline in The New York Times, not long after a Style.com story called them the new “Russian Federation.”

“They broke the stereotype of Russia,” said Robert Burke, the founder of a namesake luxury consultancy.

Also known as the Russian fashion mafia, the Russian fashion pack and the Russian fashion royals, they were a rotating group that included the designer Vika Gazinskaya as well as the model and charity founder Natalia Vodianova, but with a core composed of Miroslava Duma, a fashion editor and entrepreneur; Elena Perminova, a model with a Cinderella back story; and Ulyana Sergeenko, a designer.

All were connected by their offbeat personal taste, a tendency to change clothes multiple times a day and their photographer friendliness and wealth. And they were following in the footsteps of Dasha Zhukova, the society figure and art and magazine world entrepreneur.

Their profiles rose with the advent of street style and Instagram and the post-Glasnost emergence of Russia as a flourishing market. Later they built fiefs and brands of their own on the foundation of their early fashion fame. They were eye-catching bridges between Russia and the world.

As Karin Winroth, an associate professor of Business at Södertörn University in Sweden, wrote in the scholarly journal Baltic Worlds: “They were not only seen as role models and inspirational for fashion: They were also regarded as ambassadors of a new Russia. Their popularity put Russia on the map as a country offering fashionable inspiration.”

At least until this February, when Vladimir Putin invaded Ukraine and those bridges began to look very shaky — along with the way fashion itself can be a shortcut to acceptance, reverberating beyond individuals to affect perception in the world at large.

Makeovers, after all, are not limited to people.

The Transitive Theory of Image Making

“People use fashion and taste to rehabilitate themselves or empower a larger project like a profession or country,” said Sophia Rosenfeld, a professor of history at the University of Pennsylvania and the author of “Democracy and Truth: A Short History.” “To whitewash themselves or a national culture or a set of business practices.”

Think of it as the theory of the transitive properties of taste and connoisseurship — qualities that suggest shared value systems that transcend borders and connect world views — in practice.

It was true, Ms. Rosenfeld said, as long ago as the Empress Josephine, who “helped add legitimacy to Napoleon and the regime by transforming herself into a patron of French fashion and design and making herself into an icon for countries all over Europe.”

Ditto the robber barons of the Gilded Age, and women like Caroline Astor and Alva Vanderbilt, whose philanthropy, fashion and taste catapulted them into the center of society. Ditto the current Qatari royal family, who introduced the Fashion Trust Arabia prize in 2018 under the aegis of Sheikha Moza bint Nasser and Sheikha Al-Mayassa bint Hamad Al-Thani, luring Pierpaolo Piccioli, Olivier Rousteing and Naomi Campbell (among others) to the Gulf in an attempt to change the image of the region.

Though the arrival of the Russians on the fashion scene was not necessarily a strategic move — it was probably in part about creating identities of their own — there is no question that the effects of their presence created a halo effect around their home country.

They performed a very specific, fashion-based form of outreach, just as other members of the elite built museums, bought soccer, basketball clubs and international media properties, understanding early on that embedding themselves in the new image economy could result in “having doors opened to them,” said Tommy Ton, who met Ms. Perminova through Ms. Duma, whom he had met through Vika Gazinskaya, and who, as a street-style photographer for Style.com, was as responsible for anyone for building their myth.

“There are social and cultural aspects to fashion that are inseparable from the livelihood of brands,” said Mr. Burke, referring to the fact that fashion brands underwrite galas and art exhibitions, film premieres and philanthropic events as well as dressing attendees in a sort of virtuous circle of access and Instagram opportunities.

As their followings grew, designers began to see in them potential conduits to the new Russia, a market labeled by Goldman Sachs in 2009 as a key driver of “global consumption,” and for which, Ms. Winroth wrote, “it was crucial for the Western fashion industry to have the right Russian mediators.”

“They knew how to connect with people,” Mr. Burke said. “They represented style, sophistication, were very well traveled and had a lot of spending power. They were the new face of what people thought Russia represented.”

Their narratives were complicated by just one thing: the fact that when they burst onto the scene, Ms. Duma and Co. were all married to oligarchs or oligarch-adjacent men.

Ms. Duma, who was born in Siberia and whose father was a senator in the Russian Federation from 2004-2011 (while also being head of the Ukrainian diaspora in Russia from 2005-2012; the family is of Ukrainian heritage), to Aleksey Mikheev, whose father, Alexander Mikheev, is the director general of Rosoboronexport, the Russian state-controlled weapons exporter (currently on the list of individuals sanctioned by the United States, Britain, European Union and Canada). Ms. Perminova to Alexander Lebedev, a former KGB agent, banker and media mogul (currently on the Canadian sanctions list) whom she met after she was arrested for drug-dealing at the age of 16, and Mr. Lebedev, then 44 and a member of the Duma, stepped in after being contacted by her father. And Ms Sergeenko, who grew up in Kazakhstan when it was part of the U.S.S.R. and later moved to Moscow, to the insurance billionaire Danil Khachaturov, the former president of Rosgosstrakh.

Not that most people in Paris thought about those implications, because the husbands were almost never around.

“I met Elena Perminova’s husband once,” Mr. Ton said. “Generally they did not travel with their husbands. Even when I went to Moscow Fashion Week and went to their homes, I rarely met the husband.”

Soon they parlayed their fashion presence into mini-fiefdoms. In 2011, Ms. Duma, who has a master’s degree in international business from the Moscow State Institute of International Relations but started her career as an editor with Harper’s Bazaar Russia, opened a digital media platform called Buro 24/7 that grew to have offices in 12 countries. Later she divested from that and, positioning herself as a technology and sustainability guru, started an advisory and investment company called Future Tech Lab that focused on materials science and biotech and co-founded the materials science/responsible fashion brand Pangaia. (In 2018 she was named a Young Global Leader at the World Economic Forum.)

Ulyana Sergeenko went from the front row to backstage, opening her own couture brand focusing on artisanal Russian techniques and qualifying for the official couture schedule among “membres invités.” Ms. Perminova opened Len & Gretchka, a bakery that features organic, gluten-free vegan loaves, in both Moscow and London (where Mr. Lebedev has hosted the annual Raisa Gorbachev Foundation gala at his home on the grounds of Hampton Court Palace, and his elder son is a member of the House of Lords).

There were issues along the way, including the canceling of Ms. Duma and Ms. Sergeenko by the fashion world after an Instagram scandal involving a racial slur in 2018, and a fake news report that made the rounds later that year full of unsupported allegations against Ms. Duma (followed by other reports about Ms. Vodianova and Ms. Zuhkova) from a group calling itself the Kiev Fashion Resistance. And Ms. Duma’s surprise appearance in the Mueller report in 2019, where she was identified as “a contact of Ivanka Trump’s from the fashion industry” who had “passed along invitations” to the St. Petersburg International Economic Forum for Ms. Trump and Donald J. Trump in 2015.

Yet their Instagram followings continued to grow — to 444,000 for Ms. Sergeenko, 1.8 million for Ms. Duma and 2.5 million for Ms. Perminova. Though the titles do not reflect their actual careers, they continued to be referred to as “influencers” and “It girls,” a reflection of how the still-watching world once saw them.

Now, though Ms. Sergeenko and Ms. Duma are divorced, and Ms. Duma and Ms. Perminova both posted black squares in response to the invasion of Ukraine, their history has sent them almost dark. Many of the designers who once embraced them are leery of discussing them.

Ms. Duma, who resigned as a company director of Pangaia in 2020 (she continues to make investments via Future Tech Lab), wiped her Instagram feed earlier this year. Ms. Sergeenko is not on the couture schedule, and her brand has not posted anything since February. Rumors abound that they have all been “recalled” to Russia. They do not respond to requests for comment and direct messages.

They are, say friends who do not want to be identified because they are worried about how the Kremlin might react, concerned that their former profiles may bring unwanted attention. They risk being regarded as traitors if they speak up, or seen as complicit by an industry that was quick to declare its allegiance to Ukraine if they stay mum.

Stuck on the bridges they once built as a new Iron Curtain descends and gives everything a new look. 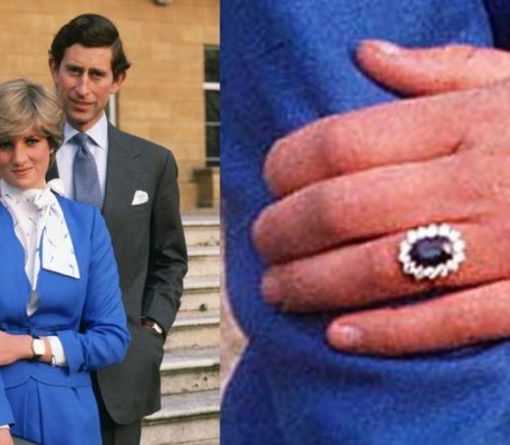 The Princess of Wales’ engagement ring was first shown to the public 40 years ago, before Diana married Prince Charles. But today, […] 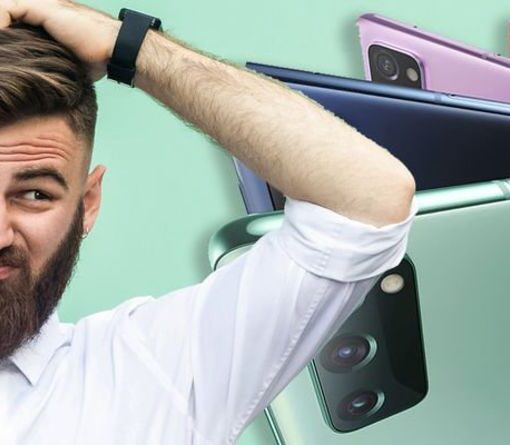 iPhone fans have complained for years that Apple deliberately reduces the performance on older models of its handsets. It can definitely be […] 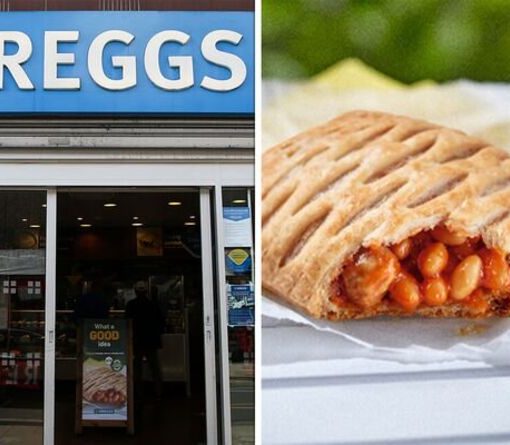 Greggs is constantly changing and updating its menu to meet customer demand. In recent months, the nation’s favourite bakery has introduced multiple […]