UK flagship airline British Airways has been forced to apologise after a doctor was unable to book flights with her title ‘Dr’, due to it ‘not matching’ with her female gender.

Dr Juliana (Jewel) Kling, who is a Professor of Medicine at the Mayo Clinic in Arizona, shared a screenshot from her computer on Twitter which showed a ‘glitch’ with the airline’s website.

After entering her passenger details which includes a mandatory title entry, Dr Kling received an error message which read: ‘We have found some problems with the details you have provided.

‘Title and gender do not match. Please try again.’ 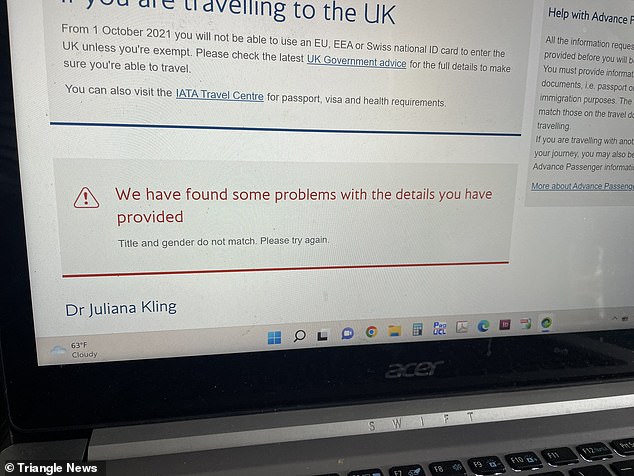 Dr Juliana King, a Professor of Medicine at the Mayo Clinic in Arizona, shared a screenshot from her computer on Twitter which showed the ‘glitch’ 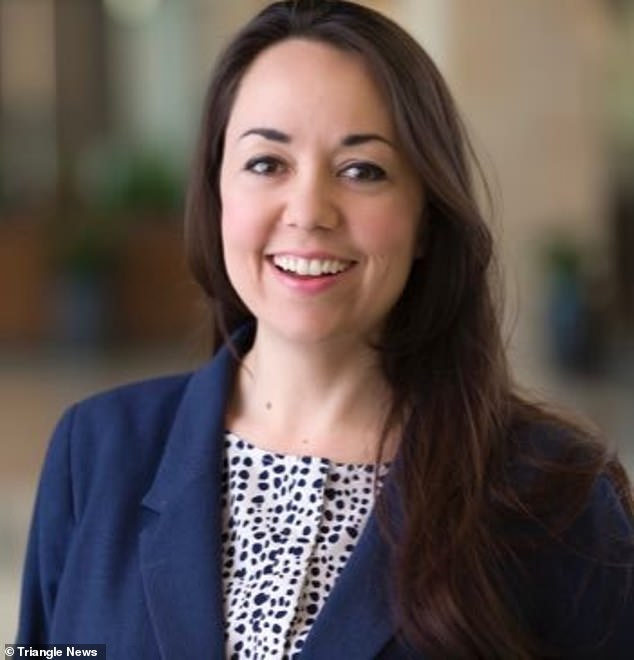 She wrote: ‘Apparently ‘Dr’ and ‘woman’ do not match on British Airways. Looking forward to their reply.’

The tweet quickly went viral on social media as people accused the airline of sexism for only allowing men to select the title of Dr.

But Dr Kling was not the only person who has had trouble with British Airways’ booking system.

Another passenger faced a similar problem with their title not matching their biological gender.

They asked for British Airways to help online, pointing out that ‘titles are not even legally recognised parts of our identity and have nothing to do with gender.’

Another social media user responded to this message, pointing out that the airline had changed its logo to feature the pride flag for Pride month.

British Airway responded to the passenger, saying it was investigating as to whether the system could be changed to better reflect how customers identify.

But this caused some further backlash as social media users pointed out positions such as Dr are not how someone identifies, instead titles that they earn.

Speaking to MailOnline, a spokesperson for British Airways said the error messages are not related to the passengers’ gender and instead arise out of issues with drop down boxes, for example if a passenger has booked through a third-party website and then enter a different title when checking in.

However, this is not immediately clear from the error message, which simply says: ‘Title and gender do not match.’ 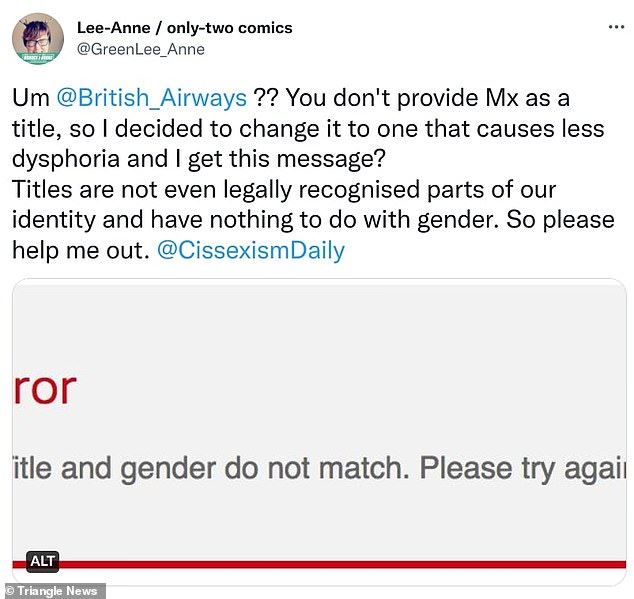 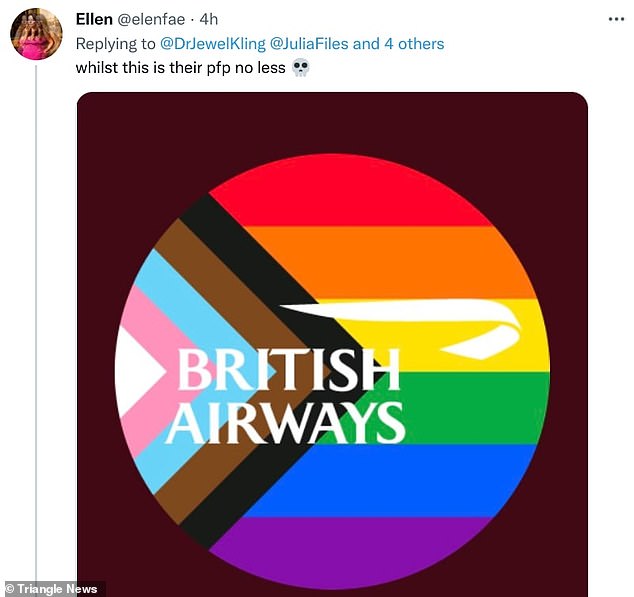 Multiple other women reported faults with the website which they say mean their booking defaulted to addressing a male in the party – even if a woman has booked it and the male is underage.

One Twitter user, who responded to Dr Kling’s tweet, wrote: ‘Ridiculous! My friend also had an issue with British Airways where her flight for herself, her wife and her child was put into her *2 year old son’s name* because he was the only male on the booking.

‘She was receiving emails in his name because the system defaulted to male first.’

Another British Airways passenger added she had booked flights for her family using her contact details, only to receive all correspondence addressed to her husband.

She said: ‘It was so inappropriate.’

Caoilfhionn Gallagher QC, who spends time in both Dublin and London, also shared her experience of what she called British Airways’ ‘sexist algorithm.’

She said she had booked a surprise trip for her husband’s birthday – but it backfired after the website automatically assigned him as the lead traveller.

She added: ‘I couldn’t change details without his permission…I complained about it but didn’t get a response.’

And writer and director Saran McDougall was left fuming after a similar incident.

‘I have this with BA too. My account, my email address, my credit card but all correspondence is addressed to my male partner on the booking. Infuriating!!’

And another passenger had problems when the airline assigned one of her sons a ‘Mr’ title, and the other ‘Master’, with no option to change – even though they were both under 10 the first time it happened.

British Airlines told MailOnline that despite how it appears, these issues are not related to gender.

A spokesperson said their booking system automatically lists passengers in alphabetical order, regardless of gender, and the correspondence is then sent to the name which appears first alphabetically.

When asked whether this is also applied regardless of the age of the passenger, the airline confirmed that was the case – meaning the airline can even address correspondence to a toddler. 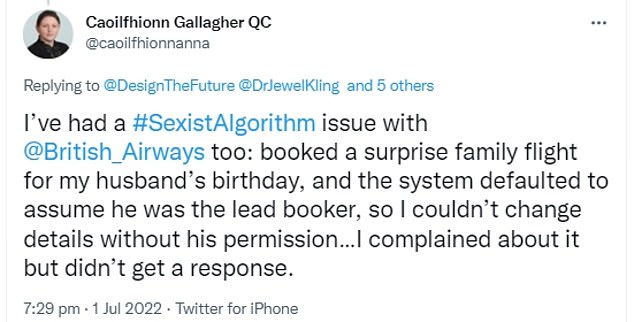 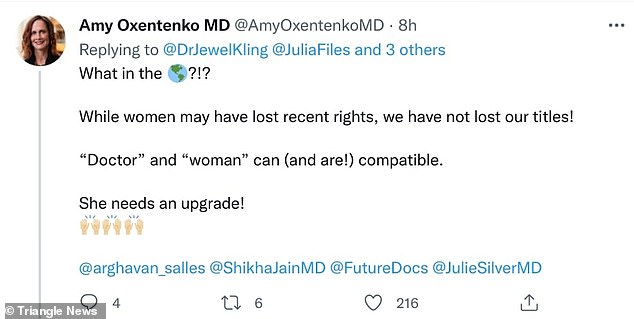 In June 2020 British Airways responded to a passenger on social media who asked why, despite his wife booking and paying for the tickets, and being listed as the first and primary traveler, all correspondence for her family trip was addressed to her husband.

When the passenger continued to queried why all correspondence had his name on it, BA replied: ‘We’re sorry for any inconvenience this caused, Mikk.

‘However, any email sent will be addressed to the lead passenger on the booking and not to each individual.

‘This is a automatic system, so can’t be changed. Please be assured your comments have been fed back.’

Two years later in 2022, no action has been taken to change this system – although BA said it is something they are looking into.

Other social media users shared their outrage with responses including ‘what century is this?’, ‘You’re joking right?!’, and even a gif from the televised series of Margaret Atwood’s The Handmaid’s Tale tagged ‘under his eye’.

A BA spokesman said of Dr Kling’s issue: ‘We’re sorry for a technical issue that has occurred in one drop down box on our website and we’re urgently investigating.’

It reassured passengers once more the issues are not related to the booking passenger’s gender. 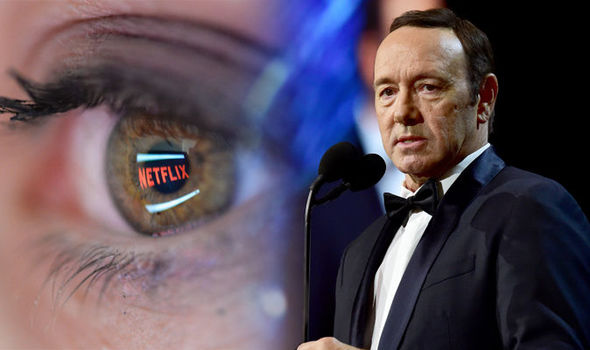 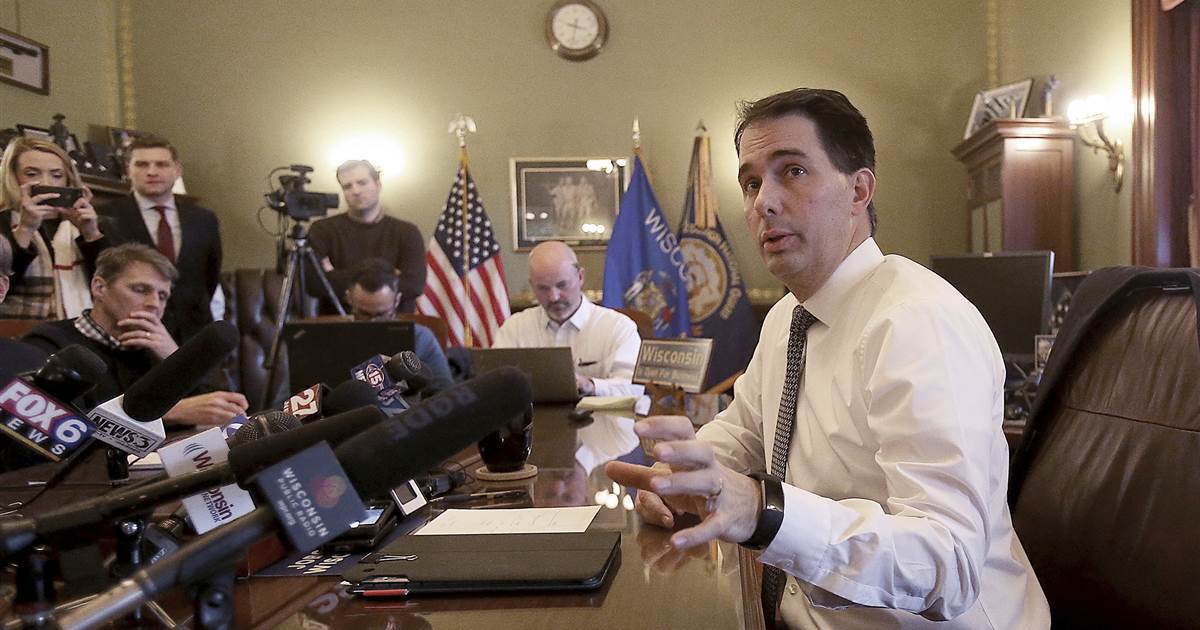 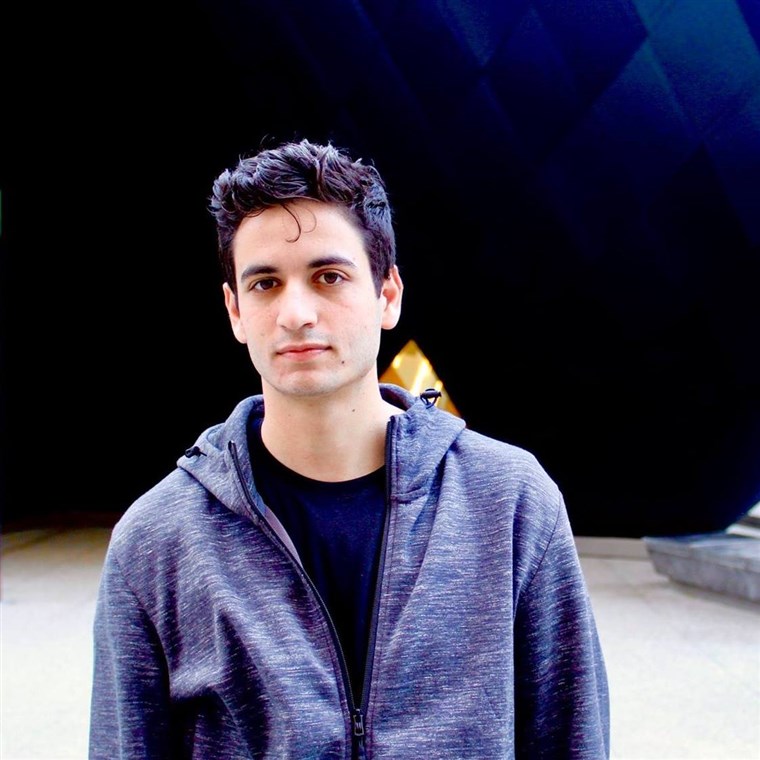 Get the Better newsletter. SUBSCRIBE Oct. 29, 2018 / 2:54 PM GMT By Julie Compton Hopeless procrastinators rejoice: There is a way […] 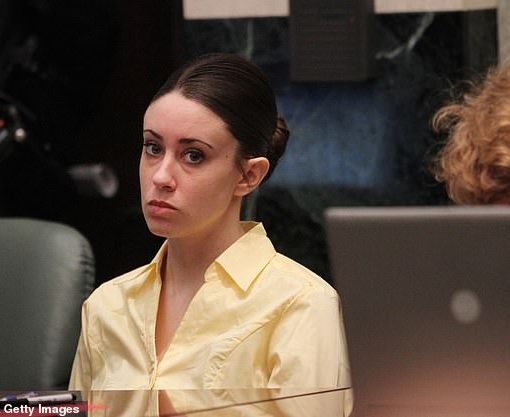