Restoring movement in upper limbs is very difficult, says Marco Capogrosso at the University of Pittsburgh in Pennsylvania. Arm movements are more complex than leg movements, he says, with the latter being easier to restore post-paralysis.

Electrical stimulation has previously been used on paralysed arms in people, but the surgeries are invasive and require complicated machine-learning software to decode and translate nerve cell activity.

Capogrosso and his colleagues wanted to test whether an alternative form of spinal cord stimulation could be a simpler and more effective way of restoring movement in upper limbs, with no translation of nerve signals by a computer.

First, the team took several MRI scans of the spinal cords of three monkeys. This enabled them to design an electrode that specifically targets the spinal nerves in the primates’ necks that control hand and arm movements.

They then surgically paralysed the left arms of the monkeys under full anaesthesia. The animals were given pain medication and several days to recover from the operation.

Next, the monkeys were implanted with an electrode in their neck that stimulated nerves in the cervical portion of the spinal cord, located at the bottom of the neck. This amplified the signal produced by any nerve cells that had survived paralysis. “In the majority of human cases of paralysis, you always have some spare connection,” says Capogrosso.

Within the experiment’s six-week duration, none of the monkeys gained control of their individual fingers. Referring to the treatment’s potential in humans, Capogrosso says: “Right now this stimulation doesn’t seem to be able to recover the ability to write or play the piano.”

Nevertheless, he is confident the technique will one day be effective in humans. “This is the power of monkey research,” he says. “We know this is highly likely to work in humans.”

Capogrosso is recruiting people with post-stroke paralysis for a clinical trial in the US to test a similar stimulation method. “It’ll be a few years before we see the first results in humans,” he says.

“I think this kind of work is very interesting,” says Charles Liu at the University of California. “I am convinced that neuromodulation of the spinal cord will most certainly be an important strategy for functional neuro-restoration in humans.

“Certainly, the work reported by the authors is a clear demonstration of the vast potential of this approach, and the results will most certainly improve as we learn more about spinal cord function and can unlock the potential intrinsic to the spinal cord itself.”

In B cell tumors, mutated overactive versions of the Notch protein directly drive the expression of the Myc gene and many other […] 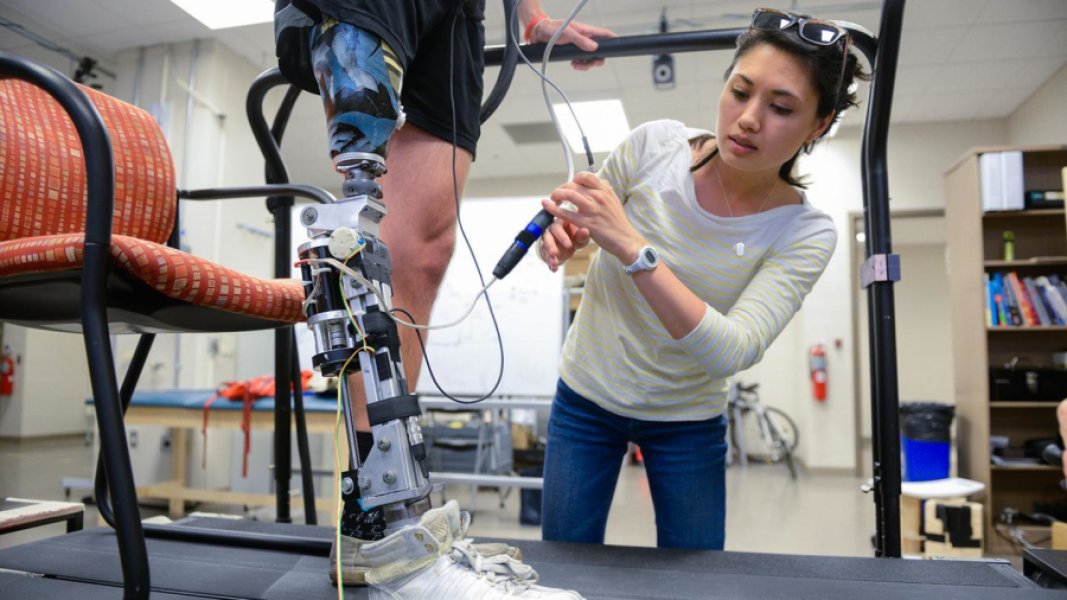 Research into wearable robotics shows how amputees wearing these devices adapted when presented with a real-world challenge: carrying a weighted backpack. The […] Crisis? What crisis?SolStock/Getty In these times of fake news, it’s good to know that there’s still one source we can rely on: […]