Ben Wallace has warned Boris Johnson that the UK must increase defence spending in the middle of the decade if it is to “maintain its leadership role” on the world stage.

Speaking in Madrid as he attends a Nato summit, the Defence Secretary said that “in the here and now, absolutely, we have enough money” for the armed forces and “we are absolutely in the right place”.

But he said the picture is less certain post-2024 and that is when he wants to see more money allocated to reflect the fact that the world is now “less secure than it was two, three years ago”.

He said the nation has “basked” in the “success” of the armed forces in recent years but warned if “Britain wants to maintain its leadership role post-2024 we are going to have to see probably greater investment”.

He added: “I think that’s an important moment in the middle of the decade to say we should commit to increase funding.”

The comments will pile the pressure on Mr Johnson who is resisting public pressure from the Defence Secretary and the head of the Army to increase military spending. Mr Johnson is also attending the Nato summit in Madrid today.

Liz Truss, the Foreign Secretary, has warned China that any attempt to invade Taiwan would be a “catastrophic miscalculation”.

Speaking at the Nato summit in Madrid, Ms Truss said Beijing was in danger of making the same mistake that Russian President Vladimir Putin made in Ukraine.

She said that Western allies needed to ensure Taiwan – which China has long claimed – has the means to defend itself from attack.

“I do think that with China extending its influence through economic coercion and building a capable military there is a real risk that they draw the wrong idea that results in a catastrophic miscalculation such as invading Taiwan,” she said.

Boris Johnson said Vladimir Putin had been “proved completely wrong” in his hopes to reduce Nato dominance as Finland and Sweden moved a step closer to joining the defence alliance.

Arriving at the Nato summit in Madrid, the Prime Minister said: “The first lesson really from today is that if Vladimir Putin was hoping he would be getting less Nato on his western front as a result of his unprovoked, illegal invasion of Ukraine, he’s been proved completely wrong – he’s getting more Nato.

“This is a historic summit in many ways, but we’ve already got two new members coming in, Finland and Sweden, a huge step forward for our alliance.

“And what we’re going to be doing now is talking about what more we can do as an alliance to support the Ukrainians but what we also need to do to make sure that we think about the lessons of the last few months and the need for Nato to revise its posture on its eastern flank.”

‘Stronger mandate’ for Indyref2 than there was for Brexit vote

Nicola Sturgeon, the SNP leader, has claimed that there is a “stronger mandate” for a second referendum on Scottish independence “than there ever was” for holding a vote on leaving the European Union.

She told Sky News: “This is about democratic choice. It is not up to me whether Scotland becomes independent but it is up to me to fulfil the promise I made to people in Scotland and was elected on to offer people that choice.

‘Circumstances have changed since 2014’

Nicola Sturgeon has defended her push to hold another referendum on Scottish independence as she said “circumstances” have changed since the first vote in 2014.

Told that the first vote was supposed to be a “once in a generation” event, the SNP leader told Sky News: “In 2014 at the last referendum, now almost a decade ago, those of us arguing for independence, yes, said to people make sure you don’t lose this opportunity, we might never get the chance again.

“But no politician can stand in the way of democracy. Democracy is not a single fixed moment in time.

“People in a democracy have the right to change their minds if circumstances change and nobody can argue that circumstances have not changed since 2014.”

A Downing Street spokesman said: “The leaders agreed on the importance of supporting Ukraine and ensuring Putin’s vainglorious conquest ends in failure. Protecting human rights and territorial sovereignty is in everyone’s interests, and the ramifications of Putin’s action and our response will be felt around the world.

“The Prime Minister and Prime Minister Albanese both welcomed the AUKUS pact, which is promoting stability and security across the Indo-Pacific. They looked forward to working more together to boost prosperity and create jobs in both our countries, including when the UK-Australia Free Trade Agreement comes into force.

“The Prime Minister welcomed Australia’s enhanced climate NDC. The leaders agreed that Australia has incredible potential to be a world-leader in the use of renewables and make the hyper leap away from coal and other fossil fuels. The leaders also agreed on the need to help developing countries grow in a clean and sustainable way.”

Defence Secretary confirms No 10 made changes to speech

The Telegraph revealed that Downing Street intervened to water down calls for higher defence expenditure from a speech delivered by Ben Wallace yesterday.

Mr Wallace told Times Radio that No 10 had simply wanted to ensure that he did not pre-empt something which Boris Johnson was due to say at the Nato summit in Madrid.

“There were some words in my speech that were taken out because the Prime Minister is going to say them today,” he said.

“I think the centre just wanted to make sure that he said it before the Defence Secretary said it. It is perfectly legitimate. It was his words. There is nothing conspiracy in it, I’m afraid.”

Nicola Sturgeon is “desperate” to hold another referendum on Scottish independence as soon as possible because “time is running out” as more people realise staying in the United Kingdom is a “better option”, Ben Wallace claimed this morning.

Ms Sturgeon yesterday announced she is referring her bid to hold another vote to the Supreme Court and that she hopes to hold the ballot on October 19 next year (you can read the full story here).

Mr Wallace said Ms Sturgeon “hasn’t actually done her job of delivering for the people of Scotland” and continued: “Instead she is desperate, I think, now to have a second referendum even though all the promises, the referendum is a once in a generation, well, there was a referendum it was all pretty much handed over to the Scottish parliament to decide on everything from its wording to its timing.

“I think the problem for Nicola is time is running out and I think she knows because for all the sort of spin she put on separation she knows that every day that goes past, every day further away from her referendum zeal or the division that she stoked up the first time around, the people are feeling that belonging to the United Kingdom is probably a better option.”

Ben Wallace: UK must remain ‘leader in the pack’

Ben Wallace, the Defence Secretary, said he wants to make sure the UK remains the “leader in the pack” when it comes to meeting the pledge for Nato members to spend at least two per cent of their GDP on defence.

He said: “Overall, we have been the leader, I am determined that we stay the leader in the pack of that defence spend and that is why I am keen we address the post-2024 period.”

Ben Wallace said he is locked in discussions with Boris Johnson and Rishi Sunak about what should happen to the defence budget beyond 2024.

The Defence Secretary said if the UK wants to “maintain its leadership role” on the world stage in the future then “we are going to have to see probably greater investment”.

He told Sky News: “Post-2024 is really the discussions I have with the Chancellor and the Prime Minister. I feel and I said in a speech yesterday that the security of this country is vital, the work the men and women of our armed forces do is incredibly important.

“We have all basked in their success in helping with Covid, with Afghanistan Op Pitting, and now leading from the front on Ukraine and I think that means that Britain wants to maintain its leadership role post-2024 we are going to have to see probably greater investment.

“We have spent 40 years nearly taking a peace dividend out of the end of the Cold War, sometimes it is important to invest.”

‘In the here and now, absolutely, we have enough money’

Ben Wallace, the Defence Secretary, insisted that at the moment the Minister of Defence’s budget is sufficient – he is looking for more money in the middle of the decade.

He told Sky News: “I am the Defence Secretary in a department, all departmental heads will say they want more money, of course.

“In the here and now, absolutely, we have enough money, we have enough money for next year as well. What you discover in government in different departments is despite getting sums you have got to then spend them properly and I have been determined to make sure we are spending our money and getting it out the door.

“That is no different for defence. So look, for the here and now and for that comprehensive spending review settlement we are absolutely in the right place.”

Boris Johnson will today call on other Nato members to “dig deep” and increase defence spending targets beyond the current level of two per cent of GDP (you can read the full story here).

But his rallying call threatens to be undermined by a domestic row over how much the UK should spend on defence.

Mr Wallace repeated the call this morning, telling Sky News: “I am just really keen that we recognise that my settlement was done before Russia invaded Ukraine.

“Russia is very, very dangerous now on the world stage, the world is less secure than it was two, three years ago and is not looking likely to change for the rest of the decade.

“I think that’s an important moment in the middle of the decade to say we should commit to increase funding.”

The main issue of the day is defence spending with Ben Wallace piling the pressure on Boris Johnson to boost investment in the UK’s armed forces as both men attend a crunch Nato summit in Madrid.

Meanwhile, there continues to be fallout from Nicola Sturgeon’s announcement yesterday that she has referred her bid to hold a second referendum on Scottish independence to the Supreme Court.

We also have PMQs at noon which will see Dominic Raab face a grilling from Angela Rayner as he stands in for the PM.

There is lots going on and I will guide you through the developments. 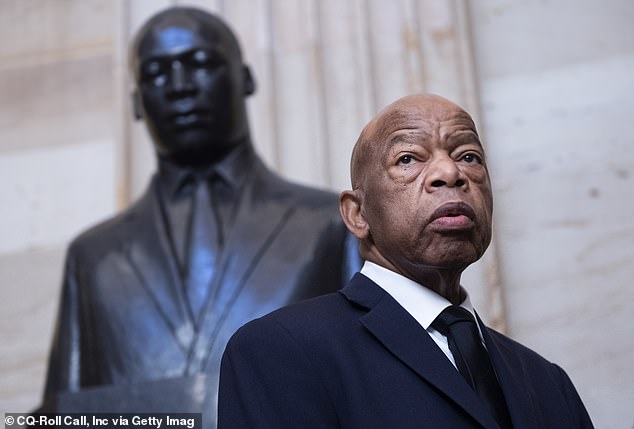 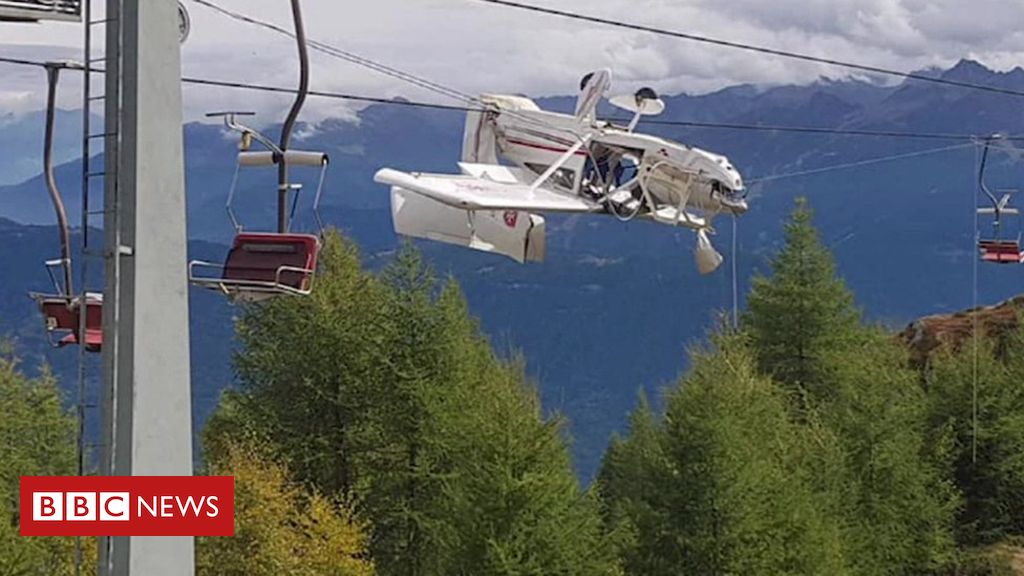 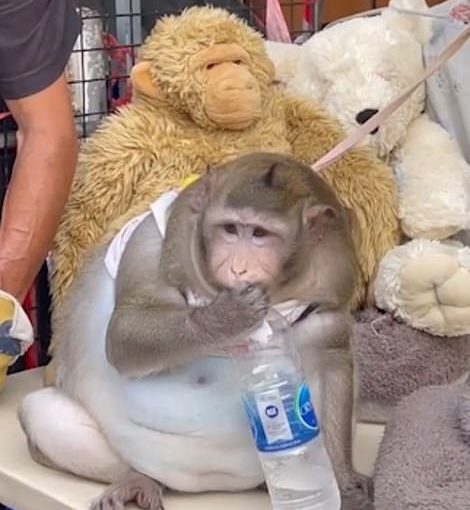 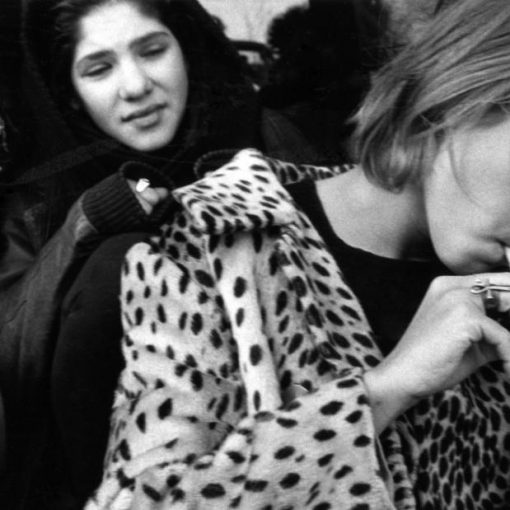