A minister has accused Nicola Sturgeon of failing to “respect the will of the Scottish people” as the SNP leader reignites her push to hold a second referendum on independence.

Chris Philp, the technology minister, said the 2014 vote was “only a few years ago” and “that’s not once in a generation” – the description given to the first referendum.

Mr Philp claimed the majority of Scottish people are “not up for having a referendum” and Holyrood should focus on addressing the major issues facing the country instead of seeking to re-run the ballot.

Ms Sturgeon will today unveil her road map for holding a vote in October next year and she is expected to set out how she intends to get around the UK Government refusing to grant permission for the referendum.

Boris Johnson has repeatedly made clear that he will refuse any formal request from Ms Sturgeon for a Section 30 order – the legislative device used to transfer the powers needed to hold a referendum.

‘It is not the only way forward’

Fiona Hyslop, an SNP MSP, said in an “ideal situation” the Scottish Government would have permission from the UK Government to hold another referendum on independence. But she said that is “not the only way forward”.

She told Sky News: “Well, the ideal situation is one where we have agreement between the UK Government and the Scottish Government.

“It is not the only way forward and we expect to hear from the First Minister later today what her plans are in the absence of that.”

SNP MSP: ‘We are respecting democracy’

Fiona Hyslop, an SNP MSP, has dismissed the idea that the Scottish Government needs permission from the UK Government to hold a second referendum on independence.

She told Sky News: “We need permission from the people of Scotland and we got that permission in 2021 in the Scottish elections.”

She added: “We are respecting democracy, we are respecting the will of the people of Scotland because they voted quite clearly in a manifesto, an election, that was very, very clear what would happen if an SNP government was elected, that we would have an independence referendum. That is about democracy and choice.

“We will have a lawful referendum, we respect the rule of law, we think that is really important.”

Minister disagrees with Theresa May

Theresa May last night branded the Government’s plans to rip up the Northern Ireland Protocol unlawful and warned that the EU won’t negotiate with Boris Johnson because he was now a lame duck prime minister (you can read the full story here).

Chris Philp, the technology minister, said he disagreed with the former PM and insisted the Northern Ireland Protocol Bill is legal.

He told Times Radio: “I respectfully disagree with Theresa May’s analysis. First of all it is legally justified, the Foreign Office have published a paper drawing attention to the doctrine of necessity which is a well-established convention in international law… that doctrine of necessity says that where the only way to safeguard a nation’s essential interests is to make changes to a treaty and where those changes don’t unreasonably impact on the interests of the other party, in this case the EU, then you are legally entitled to do that.”

Chris Philp, the technology minister, said it is “difficult to see” how the UK could ever do business with Vladimir Putin’s regime again.

He told Sky News: “I think the Russian regime, Putin’s regime, is irreversibly tarnished and tarnished is too weak a word by what they have done, just disgraced in international eyes.

“I think it is difficult to see how we can deal with them ordinarily again, certainly so long as they remain in occupation of a free, democratic, sovereign country.”

Russia would be ‘literally insane’ to start conflict with Nato

Britain is facing its “1937 moment” and must be ready to “fight and win” to ward off the threat from Russia, the head of the British Army, General Sir Patrick Sanders, will say today (you can read the full story here).

Chris Philp, the technology minister, responded to the pre-briefed comments and said Russia would be “literally insane” to enter into a conflict against Nato. He also said the UK is “prepared for anything”.

He told Sky News: “We don’t want to see an escalation into a wider conflict. I think Russia would be literally insane to attempt to do that because Nato is a far larger and a far stronger bloc.

“We have seen the Russians have been unable to make significant progress in Ukraine where they tried to take Kyiv and they were unable to do so.

Shopping centre missile strike ‘was an act of terrorism’

A Russian missile strike on a shopping centre was an act of terrorism, a UK Government minister said this morning.

Asked the question during an interview on Sky News, the technology minister Chris Philp said: “Yes, I would go that far and say that it is because it is intentionally targeting civilians.

“This is not a one-off act, it is part of a consistent pattern of atrocities being committed by the Russian government.”

Minister: ‘No end to barbarity of Putin’s criminal regime’

The toll from a Russian missile strike on a shopping mall in the central Ukrainian city of Kremenchuk has risen to 16 dead and 59 wounded, the head of Ukraine’s emergency services said this morning (you can follow the latest here).

Chris Philp, the technology minister, said the strike was further evidence that there is “no end to the barbarity of Putin’s frankly criminal regime”.

“There is apparently no end to the barbarity of Putin’s frankly criminal regime in the way that they are not only invading a free sovereign country but apparently intentionally, deliberately killing and targeting civilians as well.”

‘Democracy only works if you respect the result’

Nicola Sturgeon is failing to respect democracy by pushing for another referendum on Scottish independence, a minister suggested this morning.

Chris Philp, the technology minister, told Sky News: “I am telling her just to respect the result of a democratic referendum just as we respected the result of the Brexit referendum.

“Democracy only works if you respect the result of the vote you have.”

‘They are not up for having a referendum’

Chris Philp, the technology minister, claimed that less than a third of Scottish people want an independence vote to be held this year or next year.

He said the Scottish government should be focused on more pressing matters.

He told Sky News: “They [the Scottish people] are not up for having a referendum. Only 28 per cent of people said they wanted a referendum this year or next.

“There are more important issues facing the country and facing Scotland.”

Minister: Sturgeon must ‘respect the will of the Scottish people’

Nicola Sturgeon will today unveil her plan to hold a second referendum on Scottish independence, with the SNP leader targeting October next year for the vote to take place (you can read the full story here).

Ms Sturgeon is expected to set out how she intends to get around the UK Government refusing to grant permission for the vote.

Chris Philp, the technology minister, said this morning that Ms Sturgeon should respect the result from the 2014 referendum which was supposed to be a “once in a generation” event.

He told Sky News: “We had a referendum in 2014, the Scottish people delivered their verdict by a fairly clear 10 point margin.

“I think Nicola Sturgeon should respect the will of the Scottish people that was expressed so clearly in that referendum.”

The G7 summit in southern Germany will finish this morning and Boris Johnson will then fly to Madrid in Spain to attend a Nato summit amid a rumbling row at home over defence funding.

Meanwhile, Nicola Sturgeon will this afternoon set out her road map for holding a second referendum on Scottish independence.

It promises to be a big day and I will guide you through the key developments. 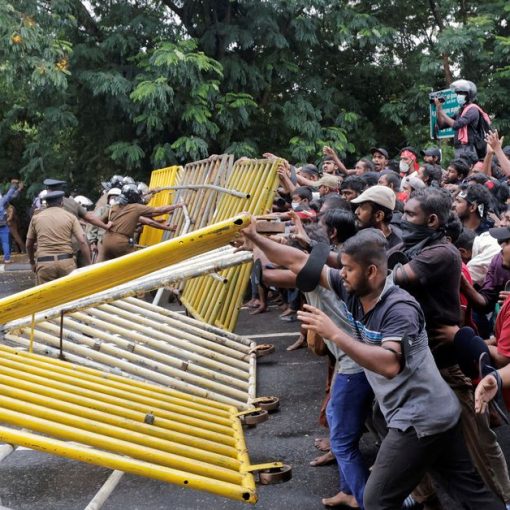 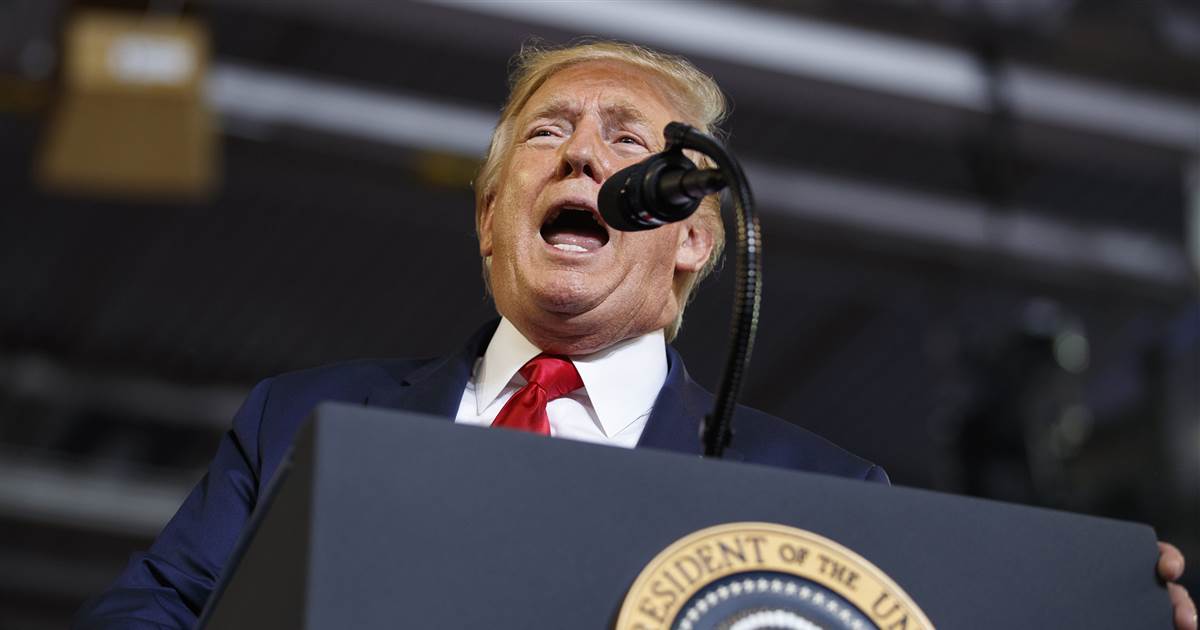 WASHINGTON — One day after the House voted to condemn his racist tweets, and just hours after it killed a resolution to […]