It’s clear that throughout its 26 year-long run, the Pokémon games have maintained a level of consistency that plenty others wish they could replicate. Truth is, this steady pace comes at a cost: the low-key quality of life buffs found in every entry often fall by the wayside come next time. As the months draw closer, Game Freak should spend that remaining time looking to January’s Pokémon Legends: Arceus as the gold standard of Pokémon gameplay, particularly when it comes to harmonizing their individual systems and mechanics—and with a Pokémon Scarlet and Violet fast approaching.

Albeit within the confines of its own series, Pokémon Legends: Arceus innovates in every sense of the word. Game Freak’s latest release feels so at odds with fellow Pokémon developer ILCA’s Pokémon Brilliant Diamond and Shining Pearl, 2021’s remake of the Sinnoh pair that pushed a regressive gameplay design philosophy. If you’ve somehow avoided hearing about Arceus over the last couple of months, you might be pleased to find that a significant portion of the series’ fat has been trimmed to allow for an experience unlike any past entry.

Capturing Pokémon has gone from a static game of chance to something far quicker yet more nuanced, and battles now take place in the same plane of reality as your character rather than in a wormhole pocket dimension visual that managed to persist until 2019’s Pokémon Sword and Shield. A newly trimmed Pokédex allows for more idiosyncrasies to rise up in each Pokémon’s personality—which makes every approach to interacting with them far more unique. The design isn’t forced to do most of the heavy lifting for the appeal of these creatures, something long overdue for a series with such an emphasis on the creatures themselves.

As a result of Arceus’ re-contextualised Pokédex, much of the game’s tasks have you fill out the archaic paper log as you journey across the Hisui region, with specific research tasks suited to each Pokémon. Some require you to capture a Pokémon multiple times, tossing out various food items that’ll lure them in, or to defeat a certain number in battle. Although it’s merely one piece of Arceus’ core game design puzzle, many of these research tasks will be fulfilled passively as you complete the main story. And there’s a sweet satisfaction to completing these objectives that makes past Pokédexes feel one-note in comparison.

But what happens when you’re done with the main adventure? As is the case with most Pokémon entries, there’s a lengthy post-game story that’ll eat up your time. Arceus takes it a step further by redefining what it means to hunt for elusive shiny Pokémon, which have seen various tips and tricks to increase their base encounter rates since their introduction in Pokémon Gold and Silver.

The aforementioned Pokémon BD/SP are a good frame of reference, which saw some surprising upgrades to the PokéRadar introduced in the original fourth generation games, something that was rather unexpected considering the faithful approach the remakes seemed to aim for. In the original Diamond, Pearl, and Platinum entries, the patches of grass that indicated a Pokémon spawn didn’t shake continuously. Spending too long to reset nonoptimal grass placement could also end your chain, with no explanation to the player as to why their streak ended. It made time spent chaining shiny Pokémon more frustrating than it needed to be and hardly rewarded the player’s patience, which the system was evidently designed around. Brilliant Diamond and Shining Pearl rectified both issues while lowering the overall chance of a chain continuing, meaning that the odds of finding a shiny Pokémon higher into chains was generally the same as before, but applying your knowledge of the mechanic to get to those chains didn’t randomly end or feel exhausting to execute when re-rolling.

Conversely, Arceus weaves a tightly designed set of shiny hunting mechanics into its core gameplay loop that begins at the very start of your adventure rather than being relegated to a post-game activity that plays by its own rather nebulous rules.

Shiny rates in Arceus largely correlate to an individual Pokémon’s Pokédex completion. With the base chance being roughly one in 4096, achieving Level 10 on a Pokémon’s Dex completion adds an additional roll, bringing it down to one in 2048. This might not seem like a big deal, but considering that you’ll hit that number with most Pokémon throughout a playthrough, you’re likely to passively raise the shiny rates for that species without even thinking about it. Many players say they’ve ended up finding a shiny Pokémon for the first time in this game, which is only made more exciting by a burst of stars visible in the distance alongside a noticeable sound effect, indicating that a shiny is nearby.

It cannot be understated how impactful it is to integrate the shiny hunting experience into the overworld like this. Sword and Shield failed to push that nuance forward following 2018’s Let’s Go Pikachu and Eevee due to the rushed implementation of the overworld Pokémon mechanic. Now that all of these new systems are designed around each other, there’s a real excitement when a shiny pops up, a feeling only heightened by the level of interactivity Arceus presents with its Pokémon walking around in the overworld.

Ashamed as I am to say it, my first shiny Pokémon ran away from me in Arceus. Though I’ve since reclaimed that shiny Stantler, now a Wyrdeer rotting away in my boxes, it taught me the valuable lesson about going into encounters guns blazing. Saving before you approach the Pokémon, luring it out with bait, and choosing the right Poké Ball for the job, all are incredibly important considerations when approaching particularly skittish Pokémon out in the field, making the act of catching one far more multi-layered than in past entries.

Previously, particular Pokémon may have carried moves with recoil or had healing moves that could increas a player’s frustration. But now that each catching experience is directly informed by how you’ve interacted with a Pokémon of that species, it feels like a stark contrast to the typical tedium of looking up a Pokémon’s level-up moveset and hoping they don’t carry Explosion or Recover. Had I paid more attention to wild Stantler earlier in my journey, I would’ve approached that shiny with more caution. But applying that knowledge to future encounters became massively rewarding as I continued further into the post-game.

Now that I’m more than four boxes of shiny Pokémon deep, I can tell you how each individual Pokémon functions in Arceus to an unreal degree. Skorupi are best handled at higher angles using Feather Balls since their awareness of the player outranges the other types, Lickitung can be caught almost exclusively in Ultra Balls at point-blank range since they don’t mind sitting around you (as is also the case with its evolution Lickilicky), and Pokémon sitting atop the water usually run away since you can’t sneak over to them, meaning Basculegion’s bullet-time is best used to snipe them from above. Some Pokémon, like Arcanine or Dewott, are even better off battled since their range of awareness is simply too large to be caught consistently, especially if a single capture manages to fail and put the others on high alert. Of course, plenty of these interactions take into account the group dynamics of the surrounding Pokémon, which is where Arceus’ primary method of hunting comes into play.

While running around for a shiny Pokémon can be quite exhilarating given the spaciousness of Arceus’ maps, you can instead roll the dice for a particular species to spawn in a large pack, described as a mass outbreak, whenever you return to Jubilife Village. After arriving at the outbreak, you can use the methods you’ve built up to quickly burn through plenty of spawns, offering massively increased odds. The maximum is an additional 32 rolls per-Pokémon spawn, which gives roughly a one in 128 chance of hitting a shiny on each spawn, with an average dozen spawns per outbreak. What makes this so wonderful is that, even if you’re largely approaching this from a post-game perspective, there’s still merit to this method outside of shiny hunting.

It’s possible to run into outbreaks of fully evolved Pokémon, including the new Hisuian Zoroark, which are otherwise a rarity to see roaming about the wilderness. Not only does it make for an uncommon shiny encounter, but these hordes can also serve as fodder for your Pokédex research by defeating, capturing, or otherwise interacting with them. This closes the gap between you and that 100 percent goal with every Pokémon registry and offers a higher chance of finding a shiny of that species as more of its Pokédex is filled out, creating a self-fulfilling method that rarely feels like a grind.

There’s absolutely an argument to be made that these shiny Pokémon aren’t worth as much as shinies captured in a full-odds, random encounter because they’re so frequent with this method. But I’m of the opinion that the experience of going out, catching a bunch of Pokémon in a totally unique way, then preparing for the next round is a dangerously addictive gameplay loop that works perfectly alongside the rest of the game’s mechanics.

Part-way through writing this article, Game Freak managed to further iterate on this method by adding “massive mass outbreaks” in the free 1.1.0 Daybreak update that dropped on Pokémon Day. In a massive outbreak, an entire area is covered with timed mini-outbreaks of various species and can be tackled in a variety of ways when fully unlocked. Do you approach Mai at a base camp and have her Munchlax reveal each species in every location ahead of time to prioritize what you can reach before they all disappear? Or do you go in blind and see what you get? More so than the previous outbreak method, Arceus encourages sticking around after clearing out a mini-outbreak to see if a second wind appears where evolved forms or more aggressive Alpha variants can spawn in rapid succession.

Massive mass outbreaks might be bizarrely named and do have lower odds than the single-species mass outbreaks, (one in 216 at best) but they manage to pull together every aforementioned mechanic along with micromanagement of Arceus’ overworld. Capturing a horde of Pokémon as you spin around with your own team to pick up items and bash faraway rocks while inching closer to that next outbreak before time runs out is all seriously rewarding, and cycles seamlessly into each ride Pokémon that can cover plenty of ground in a variety of ways. This ties into how Arceus approaches player exploration, as every area comes with multiple base camps that the player can set up, for even more efficient fast-travel than your Braviary ever could.

Never has shiny hunting been so wonderfully woven into the series’ core gameplay. Even if the upcoming Scarlet and Violet lack the nuance of Arceus’ overworld, capture mechanics, and generally smooth flow, I can only hope that it has as much cohesion between its gameplay loop and the additional mechanics that surround it. Shiny hunting will forever have a place in Pokémon—and while Arceus might not put up much of a challenge in attaining a bunch of rare creatures, it is certainly extremely memorable on a level that makes it worthy of follow-up in future releases. 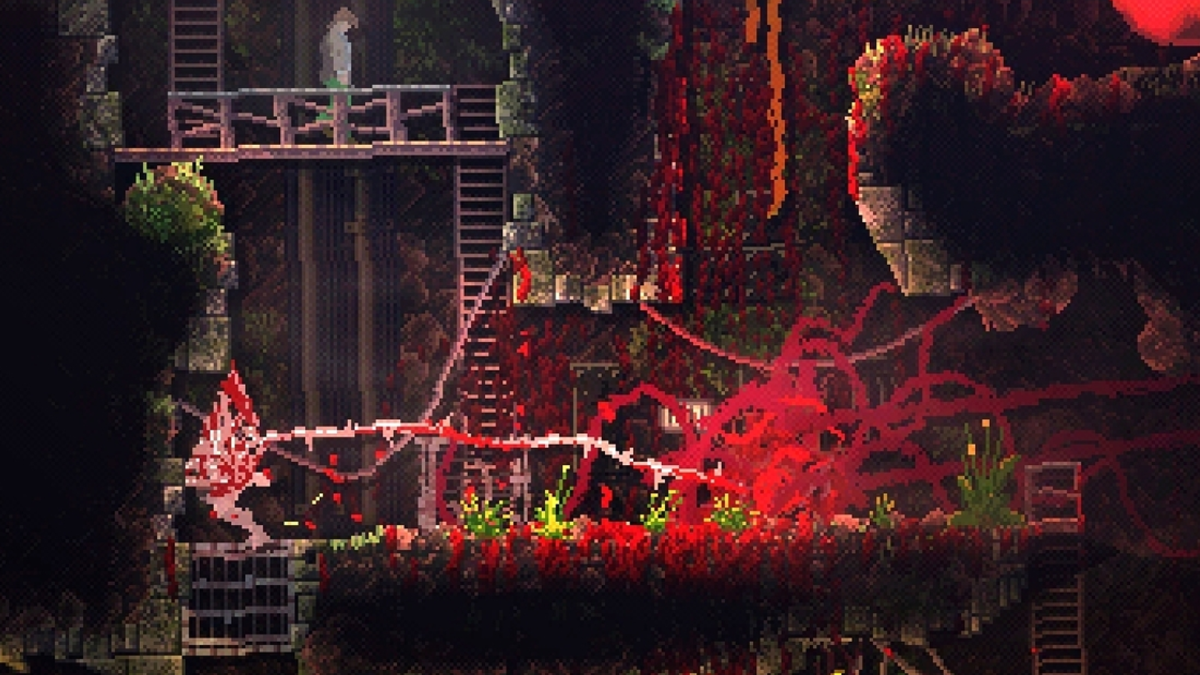 Screenshot: Phobia Games / Devolver Digital Carrion is a game where you play as a giant, powerful and deadly monster killing evil […] Image: Beserk After the tragic and sudden passing of Berserk creator Kentaro Miura last year at the age of 54, fans had […] 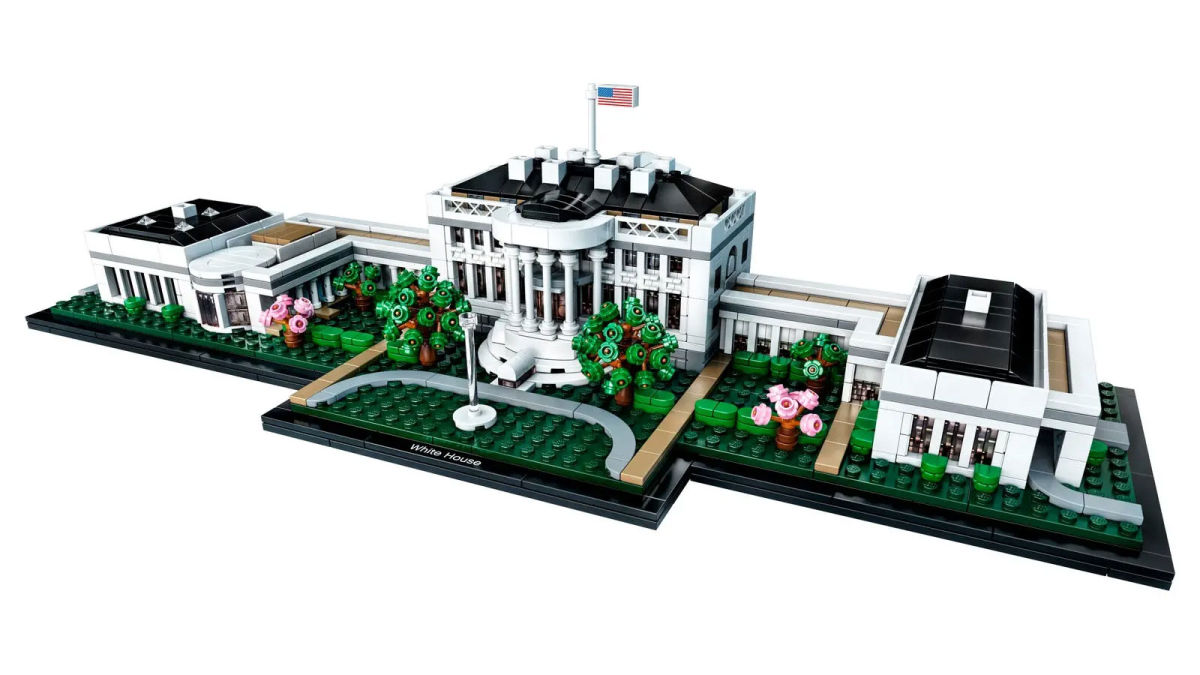 In recognition of everything that’s going on right now, LEGO’s actions for #BlackOutTuesday involved not just a $4 million donation to organisations […]