The AFL has joined Geelong’s Chris Scott in rejecting growing calls for a send-off rule to be brought in after Tom Stewart’s shocking hit on Dion Prestia – even as the Cats coach admitted the wrong team will benefit from whatever penalty his defender cops.

The Richmond gun was forced off the field after being left dazed and confused by the sickening shot in the first quarter of Saturday night’s game at the MCG, while Stewart stayed on and took a crucial mark in his team’s narrow win.

Calls for a red card grew swiftly after the game, but on Sunday an AFL spokesperson said: ‘The send-off rule is not something that is being considered. Our position remains the same.’ 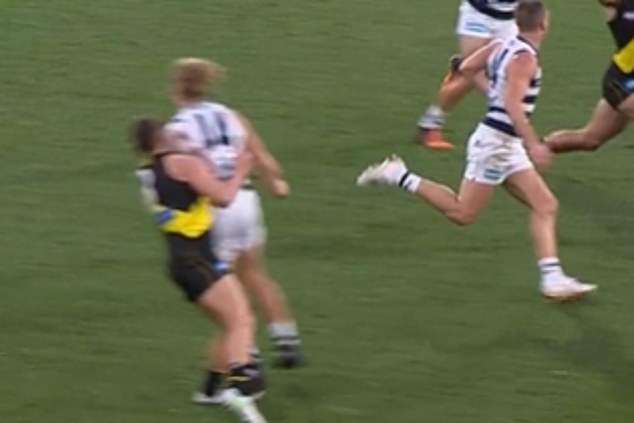 Moment of impact: Stewart smashes into Prestia’s face in an off-the-ball incident in the first quarter. The Cats defender stayed on the field and played a crucial role in their win 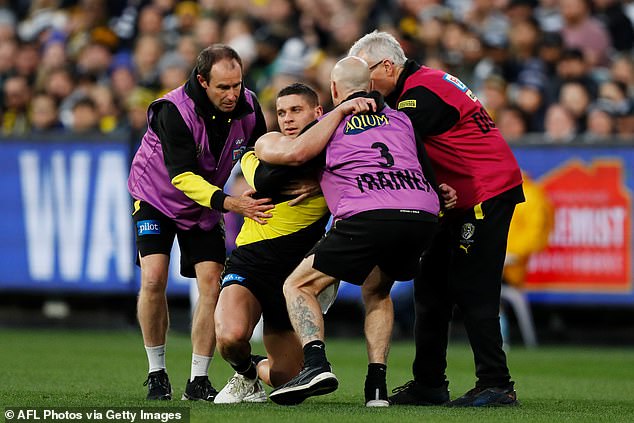 Scott agreed after the match and said, ‘I’m strongly of the view there shouldn’t be match-day reports because the risk of an umpire getting it wrong is far too great.

‘The idea of sending someone off and getting it wrong in a big game is a risk not worth taking.’

However, Scott did make the stunning admission that the wrong side will get an advantage from Stewart’s upcoming suspension, which is widely tipped to see him miss a significant amount of time.

‘Richmond are the one that have suffered the penalty. [Geelong’s next opponent] North Melbourne shouldn’t get the benefit next week. 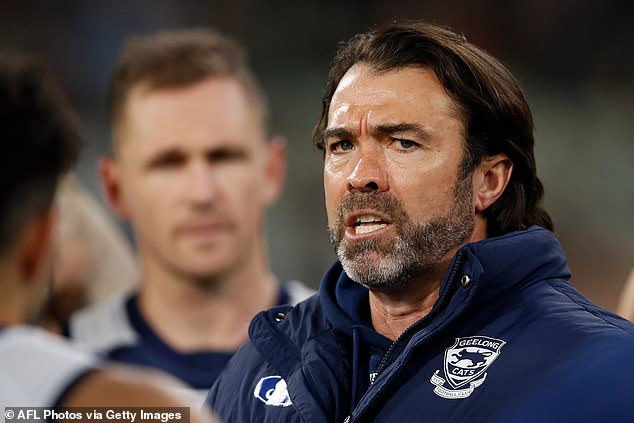 ‘They get no benefit whatsoever from losing one of their best players. That’s my version of restorative justice, that the victim should actually be [compensated] in some way.’

The comments sit strangely with the coach’s opposition to a send-off rule, especially one that would work in the same way as the NRL’s.

A rugby league side that has a footballer sent off is then forced to get through the rest of the match a player short, giving the opposition a significant advantage. 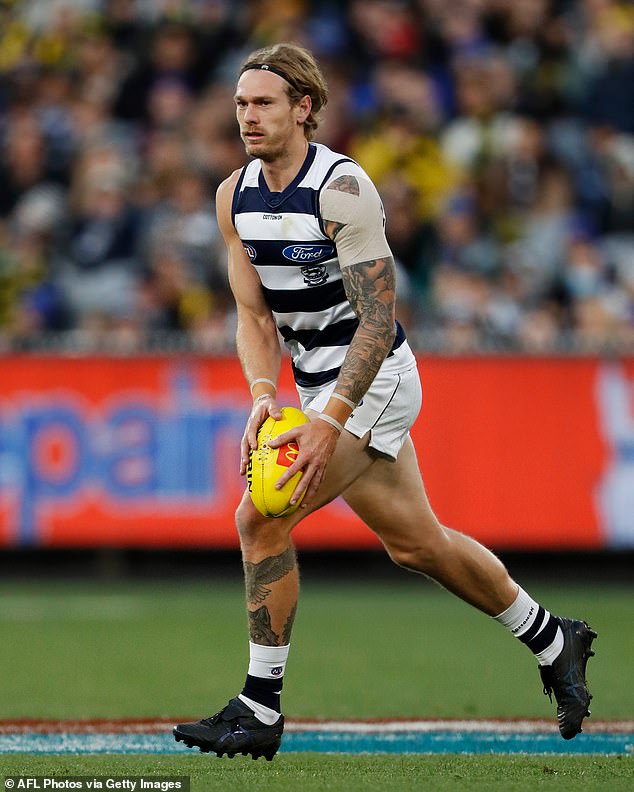 But instead of being forced to watch on, Stewart took a game-saving mark to help Geelong hold on for a dramatic 89-86 victory over the Tigers, moving his side to second on the ladder.

After the game, Scott revealed that a distraught Stewart admitted he made a ‘horrible error’.

‘I’ve known Tom for a long time and he is a scrupulously fair player and just a fantastic strong character, fundamental to what we do at Geelong,’ Scott said.

‘When my time has come and gone, I’ll look back and say I was honoured to coach Tom Stewart.’

Charlie Morton and Lance McCullers combined on a three-hitter, Jose Altuve and Evan Gattis homered and the Houston Astros reached the World […]

Leeds boss Marcelo Bielsa goes with the same starting XI that won 3-1 at Bristol City last weekend. And it’s as you […]