55th over: New Zealand 176-5 (Mitchell 4, Blundell 13) Broad’s bowling pretty full here, which seems like a good call – though Mitchell, who’s facing, wants to come forward. He plays out a testing maiden with all the confidence you’d expect from a man in such ridiculous form.

54th over: New Zealand 176-5 (Mitchell 4, Blundell 13) Potts really does look the part doesn’t he? He moves one back into Blundell, who leaves well, and is now the man in possession. I’d be looking to get Archer back in as soon as he’s fit, but Potts is now ahead of Wood, Stone, Woakes and the Overtons (of this world). Does that count of pluralisation, of do we need to say the Overtonses for those purposes? As I type that, of course, he overpitches and Blundell cracks him for four to long off, but still, he’s been one big positive and clearly has loads of room to improve.

53rd over: New Zealand 172-5 (Mitchell 4, Blundell 9) There’s a touch of Pietersen/Collingwood about this partnership, not in strokeplay terms, but that one, KP and Mitchell, wants to get forward and the other, Collingwood and and Blundell, hangs back. That’s aggravating to bowl to … but there’s little better bowling to watch than an aggravated SJ Broad. He starts nicely too, his fourth delivery nipping off the pitch and away from Mitchell’s outside edge. Maiden.

52nd over: New Zealand 172-5 (Mitchell 4, Blundell 9) Unusually for him, Potts is leg-sideish to begin with and Blundell wastes not time turning him to deep square for four.

The teams are with us and here we go!

What a great addition Mark Butcher is to Sky’s A-Team. He’s been quietly engaging, enlightening and witty on the county stuff for years, and is now adding a new dimension to the Test coverage. It’s great to see.

Email! “They’re still using petrol powered rollers at Headingley by the looks of it,” says Andrew Benton. “There should be a blanket ban on non-renewable-powered grounds equipment – power sockets are only a trundle to the boundary away.”

I can’t claim to be an expert in this field but yup, that sounds reasonable to me.

Amazingly, yesterday was a phenomenally uplifting day in the green-and-pleasants. Bread and circuses, yes, but we’ve got to take our joy where we can find it. McCartney and Glasto singing Hey Jude together, oof madone.

The atmosphere yesterday was absolutely banging, and I’m sure we’re down for more of the same today.

Happily for us, this is not today’s only cricket – far from it. Join Tanya Aldred at the Oval for Champo fun!

1999. Time to party, yes, but also the year that England last met New Zealand in a series of longer than three matches. Frankly, it’s an absolute nonsense, and not just because of the how consistently excellent the matches are – that’s a bonus. Ultimately, sport – in a sporting sense – is about the contest, identifying the better team. That has nothing whatsoever to do viewing figures, the prioritising of which are to the game’s shame.

You only have to test if you’ve symptoms and Foakes was off the park yesterday with a sore back. Feel better soon, Ol Blue Eyes.

Far be it for the OBO to offer guidance of any kind, but before the start of what we know for almost certain is another bazzing day of Test Match CricketTM, it might be worth taking a moment to be very, er, intentional about, um, staying in the moment to be, well, present in enjoying it. We’ve seen some seriously affirming stuff these last few summers, but even in that context this has been a helluva ruckus. May we know many others.

Somehow, during the course of it England have become a team, winning the big sessions and refusing to retreat when things have gone against them. If it wasn’t for the comfortable familiarity of some avante-garde slip catching, it’d be quite disconcerting.

So they start today as favourites to complete a series whitewash, and with good reason. But for all England’s rejuvenation, they’ve also been served well by the chaotically fine margins of elite sport – fitness, form and fortune have all gone in their favour – and the world champions are plenty good enough to reverse that, especially with Daryl Mitchell and Tom Blundell at the crease. The first, second, third, fourth, fifth and sixth hours could be crucial

At Liverpool in 1990 and Manchester United in 2013 an era of dominance became a spiralling freefall. After Kenny Dalglish claimed an […] 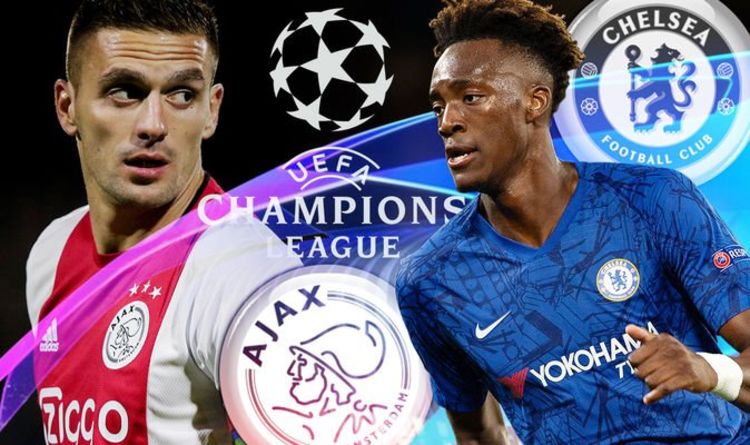 Liverpool had 17 shots on goal over the 90 minutes but only two of them were on target.  They also dominated possession […]