Even for a city like New Orleans, which has been bouncing back from calamities viral, meteorological and otherwise for three centuries, the last couple of years have been rough. But today, the most freewheeling city in the nation is strutting forward with a sense of relief and renewed confidence, seducing visitors with time-tested charms and a few bright new baubles.

Notably, a spirit of studied elegance and experimentation has made a mark on the hospitality scene, with bespoke boutique hotels popping up in neighborhoods beyond the French Quarter, and major international players, including Virgin Hotels and Four Seasons Hotels and Resorts, opening outposts near the heart of the old city.

A place that runs on tourism dollars and conviviality was bound to suffer some notable losses in the pandemic, particularly in the dining world. Among them were K-Paul’s Louisiana Kitchen, the French Quarter fixture that closed in 2020 after decades of spreading the gospel of Creole and Cajun cooking. More dialed-in gourmands are mourning the loss of Upperline, JoAnn Clevenger’s casually elegant Uptown dining room, which fit the neighborhood like the best kind of rumpled button-down shirt.

But fear not: Nobody’s going home hungry. New restaurants and old are thrumming again as tourists flock back to town and locals get back to their love affair with their city.

On the cultural front, returning visitors will be impressed by a new museum dedicated to Southern Jewish history, while a couple of art and technology-driven attractions offer immersive and virtual takes on what it means to be in New Orleans.

Though the French tend to get top billing, the Spanish-speaking world has also had an outsize impact on New Orleans culture, from the Spanish colonial era to the crucial months after Katrina, when Mexican and Central American workers helped power the rebuilding effort. One of the most buzzed-about new restaurants in town, Lengua Madre, pays homage to the chef Ana Castro’s family roots in Mexico City. Her sophisticated five-course tasting menu ($70) promises to tease out the culinary and cultural connections to the two cities: One of her mottos is “New Orleans is home, Mexico is life.” The menu is constantly changing, but it’s the kind of place where you are likely to find mustard greens on your tlacoyo.

Pandemic precautions, including mask wearing and proof of vaccination or a negative coronavirus test, have been lifted for restaurants and bars. The city’s storied bastions of Creole cuisine — among them Dookie Chase’s Restaurant, Galatoire’s and Arnaud’s — are running strong, and masterfully cranking out the greatest hits. Elsewhere, diners will find fresh experimentation and whimsy. A new restaurant Uptown called Mister Mao, from the transplanted chef and “Chopped” TV show champion Sophina Uong, bills itself as a “tropical roadhouse” that is “unapologetically inauthentic,” with Southeast Asian, Mexican and Indian influences: Think pakoras, Mayan sikil pak pumpkin seed dip, Khmer grapefruit and mango salad all chattering to each other at the same table. In the hip Bywater neighborhood, the newish pop-up Chance In Hell SnoBalls (motto: “Icy treats for a world on fire!”) is gleefully pushing the boundaries of the New Orleans summertime treat, with homemade flavors that have included sweet corn with thyme and a “Tom Kha” version with basil, ginger, mint, lemongrass, lime and coconut milk.

An old port city accommodates such mash-ups, even as it honors its traditions. Indeed, over the years, the Israeli-American chef Alon Shaya has earned New Orleans homeboy status while slinging labneh and high-end hummus in the land of jambalaya and crawfish étouffée. There is something about the pace and pitch of a New Orleans brunch, in particular, that Mr. Shaya just seems to get. So there was much anticipatory drooling over his new project, Miss River, which opened in August 2021 in the new Four Seasons Hotel New Orleans. He is calling Miss River his “love letter to Louisiana,” offering his take on duck and andouille gumbo and a whole buttermilk fried chicken, served in a dining room evocative of Fitzgerald’s Jazz Age.

The Four Seasons, which also opened last year, is its own big story, bringing 341 high-end rooms (doubles from $395) to a repurposed downtown office tower formerly known as the World Trade Center. It boasts a second noteworthy restaurant, Chemin à la Mer, from the talented Louisiana chef Donald Link, and a crescent-shaped rooftop pool offering views of the Mississippi River.

On a different scale, and setting the tone for the city’s boutique hotel movement, is the Hotel Peter and Paul (doubles in the summer from $159), which opened in the Faubourg Marigny in 2018 and occupies a clutch of old buildings (former schoolhouse, rectory, convent and church). Visiting can feel like living through an imaginative fictional remix of their actual histories. The same can be said for two more recent studies in hotel hyperreality: The Chloe, a 14-room converted mansion (doubles from $550) on St. Charles Avenue (the vibe of which rhymes closely with the Columns, the beloved longtime manse-hotel-hangout just down the street); and the Hotel Saint Vincent (doubles recently started at $305), set in a 19th-century Garden District orphanage that was until recently a budget hostel. All three offer fine places to grab a drink and bask in micro-fantasias of interior design, each evoking a distinct iteration of subtropical Wes Anderson chic.

The rule for a good time in New Orleans remains the same: Trust your instincts for improvisation, avoid fruity alcoholic drinks served in garish novelty cups and follow your ears, particularly for the sounds of street parades, which are rolling again through the neighborhoods. The radio station WWOZ FM 90.7 remains the best resource for tracking such happenings, and for the action in the music clubs. New to the scene and old all at once is the refurbished Toulouse Theatre, in the heart of the French Quarter, which had until recently hosted a venue called One Eyed Jacks. Long before that, the New Orleans piano legend, James Booker, had a standing gig there. The new management books an eclectic mix of 21st-century R&B, indie rock and other delights.

Two new attractions seek to explain and expand on the New Orleans experience. Jamnola (for “Joy Art Music New Orleans”) is a 12-room immersive art space, with each room riffing on an aspect of the city’s cultural riches. Vue Orleans, atop the Four Seasons, offers panoramic views of the city and tech-forward presentations of the city’s history and culture.

A more specific kind of historical immersion can be found at the new home of the Museum of the Southern Jewish Experience, which offers welcome nuances to the story of a region that is too often exclusively broad-brushed as pure Bible Belt. With its roots in a Mississippi Jewish summer camp, the museum relocated to downtown New Orleans and had a soft opening in 2021. Its new home makes sense in a city where Jews have played an important, though underappreciated, role in education, health care, commerce and culture, and it complements the nearby National World War II Museum, which has evolved, with numerous expansions, into a world-class attraction that is reason enough to visit New Orleans on its own.

Elsewhere, the city continues to heal from a period of hardship that included not only the pandemic, but Hurricane Ida, the Category 4 storm that slammed into Louisiana in August. New Orleans was spared the kind of widespread catastrophe it suffered in 2005’s Hurricane Katrina. But there were some significant injuries on the cultural scene. Among them was the Backstreet Cultural Museum, a handmade love letter to Black New Orleans carnival and masking culture.

The museum has been closed for months after the building that housed it, an old funeral home in the Treme neighborhood, was damaged in the storm. But in a recent interview, Dominique Dilling, the museum’s executive director, said that a rebirth is in the works, with a new location selected in the heart of Treme and a grand reopening celebration set for July 9. 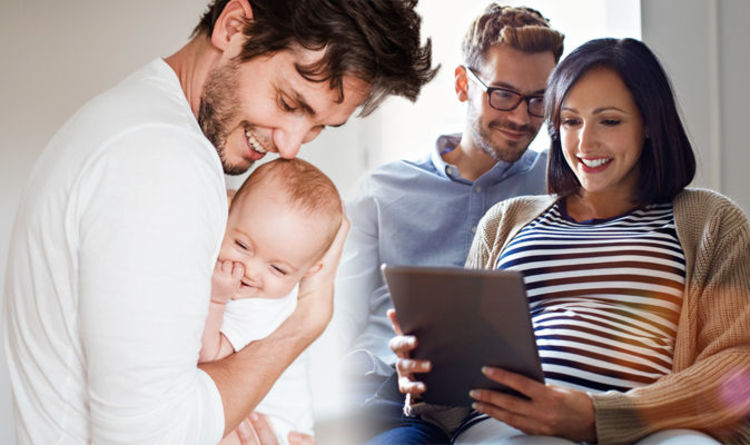 As the years fly by, name trends newborn children shift and change. From traditional favourites to characters from films, each year, the […] 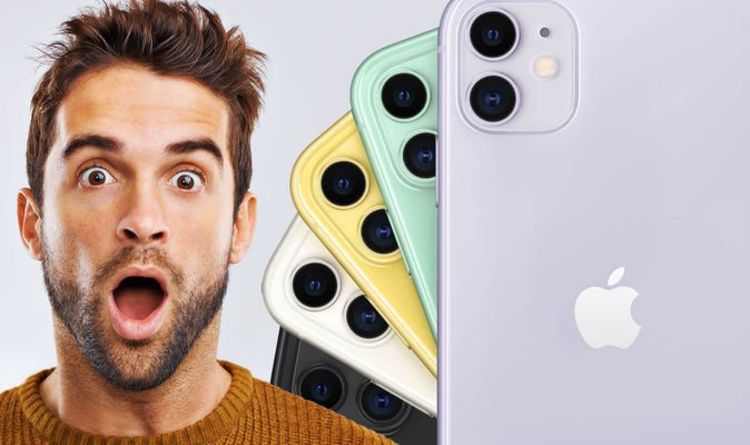 Apple’s next generation of iPhones could be unveiled in September and, along with introducing 5G network technology, they could feature one very […] 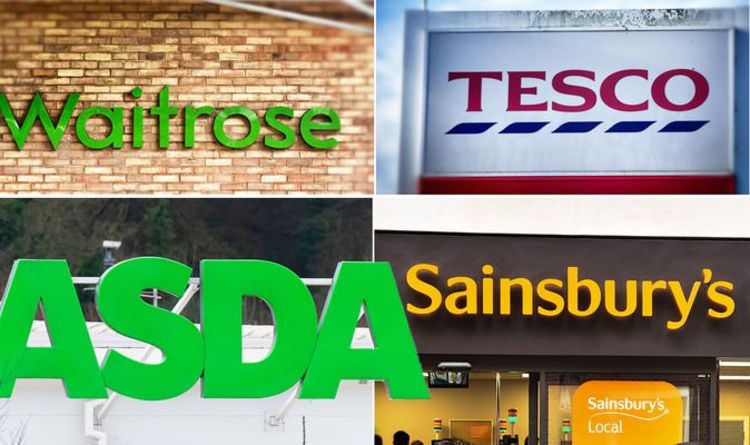 Urgent recall warnings are not issued often but are something which should be taken very seriously. Customers of the supermarket chains Tesco, […] 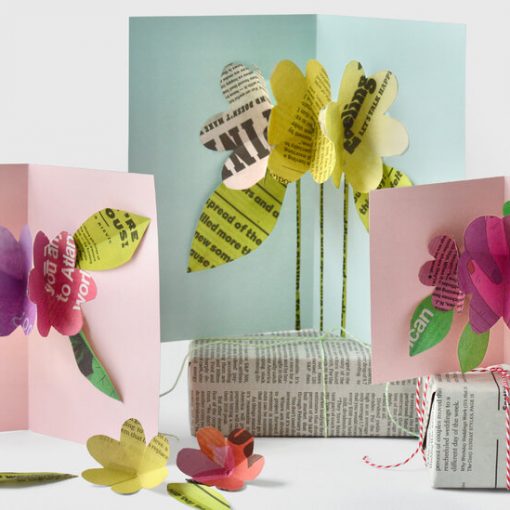 Coax your newspaper into three-dimensional flowers to make a sweet springy pop-up card for a special someone: mother, aunt, grandma, sister, friend, […]