Queensland is removing Covid vaccination mandates for teachers from next week and New South Wales is considering a similar proposal.

The Queensland premier, Annastacia Palaszczuk, said that from 1am next Thursday, people will no longer need to be vaccinated to work in schools, childcare, prisons and airports or to visit jails, aged care and disability facilities. Individual employers will still be able to enforce their own mandates, she said.

Restrictions that have protected us have eased in sensible stages, and today I announce with the advice of the chief health officer, we are removing some of the last remaining Covid restrictions.

Mandates will remain in place for workers in healthcare, hospital, aged care and disability care facilities in Queensland.

In NSW, the education department will take a proposal to key stake holders to remove the vaccine mandate for all but staff who work in schools for specific purposes. Staff in those facilities will be required to keep up to date with Covid boosters.

Actions taken by China against Australian exports were not sanctions, says Xiao

China’s ambassador to Australia, Xiao Qian, continues to defend the trade actions taken against a range of Australian export sectors on technical grounds. He objects to labelling these as “trade sanctions”.

The Australian prime minister, Anthony Albanese, said last night it was good the defence ministers had met this month, but repeated his call for Beijing to remove the trade sanctions, saying that would “go a long way towards restoring improved relations”.

Albanese told the ABC’s 7.30 program he looked forward to “further dialogue between ministers of our respective governments”, while predicting that it would remain “a problematic relationship”.

Beijing introduced steep tariffs, unofficial bans and higher screening requirements on Australian exports such as barley, beef, wine and coal in 2020, prompting Australia to denounce “economic coercion”. Some of those measures are now subject to challenges through the World Trade Organisation.

Xiao argues Chinese authorities were acting on anti-dumping concerns, after complaints from Chinese business groups. He also cites “reaction from the Chinese public”.

Some Chinese businesses had become more cautious because they were worried it might be too risky to continue the trade relations. Xiao adds:

But there’s no government official sanction measures, per se.

People urged to get booster shot amid rise in Omicron reinfections

The Australian chief medical officer, Prof Paul Kelly, has urged people to get their booster shot in the wake of a growing number of reinfections from the Omicron variant.

We are seeing reinfection, we know that Omicron, having had a previous dose of one of the other variants of Covid-19, did escape that immune protection from both a previous dose and from only two doses of vaccine.

Sub-variants of Omicron BA.4 and BA.5 have now become the dominant strain in the UK [and are] growing particularly on the east coast of Australia.

But he said there had not been an uptick in the severity of the disease.

We will see reinfections over the coming weeks and months, unfortunately with that one, but what we’re not seeing is a large increase in severe disease.

That’s really due to the vaccine protection which can be boosted with a third and fourth dose.

(That would tend to suggest not speaking out about Hong Kong and Taiwan.)

First on the political front, is it important to respect each other’s sovereignty and territorial integrity, political system and development mode. These are just some of the basic principles for sound and healthy relationships between two sovereign states.

Xiao went on to urge Australia not to see China as a security threat:

China’s development is an opportunity, not a so-called threat to Australia. And there’s every reason for China and Australia to be friends and partners, rather than adversaries, or even the so-called enemies.

He suggests the two countries should cooperate on areas of common ground, although “there are undeniably certain areas where China and Australia have different views”. He suggests constructive dialogue to minimise the differences if possible, and enlarge the common ground if possible.

He says Australia and China should handle “differences even disputes” so that they don’t affect overall relationship between the countries or overall cooperation between the two nations.

We’re on to questions now from Prof James Laurenceson. He’s asking about the 2020 deterioration, including the trade actions against Australia. Laurenceson says most Australians would view the Covid inquiry call as a fair and reasonable call.

Xiao says the Chinese government has publicly supported the need for scientists to determine the origin of the virus. But he says for certain countries to be calling it the “China virus” or that a Chinese laboratory deliberately or accidentally leaked the virus would be “absolutely unfounded”.

So if that happens, I think it’s fair and reasonable for 1.4 billion Chinese people to be very angry about it.

On the so-called “list of grievances”, issued by the Chinese embassy in late 2020, before Xiao’s arrival, he blames “twisted reports” in the media. He says it was wrong to present them as “preconditions” or “demands” for dialogue. He describes Australia’s ban on Chinese telco in the 5G rollout as “the first shot” that damaged normal business relations. Xiao says he doesn’t have his own “list” of demands.

The Australian Capital Territory has recorded 1,038 new cases of Covid-19 and no new deaths.

There are currently 99 people in hospital with Covid, one in intensive care, and none on a ventilator.

Six people have died with Covid in Queensland, the state’s health department has reported.

Queensland also reported 4,520 new cases. There are 522 people in hospital and seven in ICU.

A brief word on Victoria, factions and the nomination of deputy premier

A few words on the announcement from premier Daniel Andrews a short time ago, that he and his leadership team are endorsing Jacinta Allan as his deputy.

To most people this probably makes sense – she’s now one of the most experienced remaining ministers following today’s resignations.

But for those within the Labor party, it’s quite significant.

Allan, like the premier, comes from the left faction. If she becomes deputy, it will break with a tradition of having a leadership team consisting of both a member from the left and right of the party.

Andrews told reporters he doesn’t want to get into factional “games” and that Allan is the best person for the role.

But given the fractured relationship between factions it’s worth watching to see what happens at Saturday’s meeting.

The focus of his address is the state of relations between Australia and China “and my personal views on what we could do in the immediate future”.

After the recent federal election, Australia has a new Labor government. This is a choice for the Australian people – and it’s a domestic affair of this country. Nonetheless, it has provided with an opportunity of possible improvement of our bilateral relations.

Australian government ministers were blocked from meetings or calls with their direct Chinese counterparts for more than two years as the relationship deteriorated, although lower-level diplomats and public servants kept in communication.

The high-level freeze finally ended when the new deputy prime minister, Richard Marles, sat down for an hour with China’s defence minister, Wei Fenghe, in Singapore earlier this month.

Xiao says recent face to face contacts – including the meeting in Singapore – were “obviously very significant for the bilateral relationship”.

The more important question, Xiao says, is: “How we can keep the momentum and put our bilateral relationship back on the right track?”

There continue to be interjections from members of the audience at the University of Technology Sydney, including about the crackdown on dissent in Hong Kong.

After one audience member was removed for interjecting, Xiao was met with applause after saying:

I think I should continue.

He went on to say there is “no reason that we cannot coexist peacefully when we respect each other”.

Queensland is removing Covid vaccination mandates for teachers from next week and New South Wales is considering a similar proposal.

The Queensland premier, Annastacia Palaszczuk, said that from 1am next Thursday, people will no longer need to be vaccinated to work in schools, childcare, prisons and airports or to visit jails, aged care and disability facilities. Individual employers will still be able to enforce their own mandates, she said.

Restrictions that have protected us have eased in sensible stages, and today I announce with the advice of the chief health officer, we are removing some of the last remaining Covid restrictions.

Mandates will remain in place for workers in healthcare, hospital, aged care and disability care facilities in Queensland.

In NSW, the education department will take a proposal to key stake holders to remove the vaccine mandate for all but staff who work in schools for specific purposes. Staff in those facilities will be required to keep up to date with Covid boosters.

A protester has interrupted the beginning of a speech by China’s ambassador to Australia, Xiao Qian, in Sydney.

Xiao, who arrived in Australia in January, had only started addressing the Australia-China Relations Institute at the University of Technology Sydney when an audience member started shouting “Stop the genocide” and “Tibet remains colonised”.

The event includes an in-person audience – but the webinar was temporarily suspended. Two minutes later, when it resumed, Xiao said: “Obviously it is not a good start.”

An audience member shouted: “How about freedom of speech in China?”

He said he would also listen to audience views through questions.

I think it’s a good opportunity – we have different views but they should be expressed in a way that is appropriate.

Daniel Andrews has announced that the new leadership team will recommend that Jacinta Allan be named deputy premier. That recommendation has to be confirmed by the Labor caucus.

Allan and Andrews are both from the left faction of the Labor party, which breaks with a common practice of having the leader and the deputy be from different factions. But Andrews says it is not the first time the one faction has held both roles.

Time comes for everyone, and in politics sometimes that is beyond your control. You lose preselection, you lose your seat at the election. For some lucky ones, and I consider myself to be incredibly lucky, we get to call time on a career.

There is never a right time. This is hard. It is hard to leave my beloved portfolio of education and mental health. It is hard to do it. But there does come a time for everyone … For me it is 20 years. For others, they have more energy, more ideas.

I know I can go 100 miles an hour, 100%, through to November, but I know deep in my heart I could not commit to another four years. The seat of Monbulk will always be a marginal seat … I did not want to have a by-election in the seat of Monbulk [but] I did not have four years in me to continue as a member of parliament.

Thank you to the media. There are times I won’t miss you and times I will miss you. But thank you for the work that you do.

Merlino then stood up to give his final statement.

Thanks very much Dan. It is good to be here for the last time. 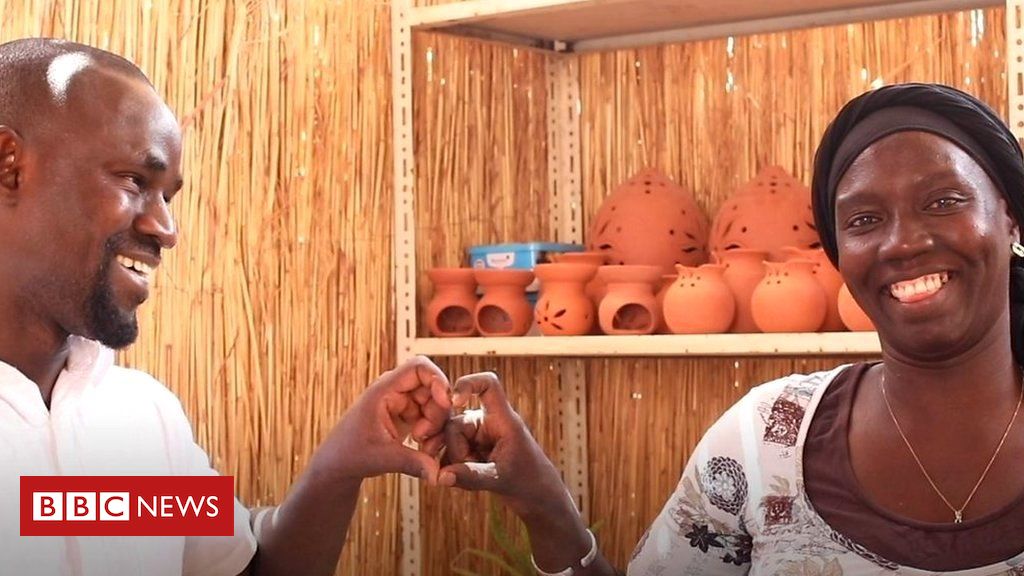 Husband and wife Abdoulaye and Mariama, who are both deaf, run a successful pottery business together in Senegal. The pair were childhood […] 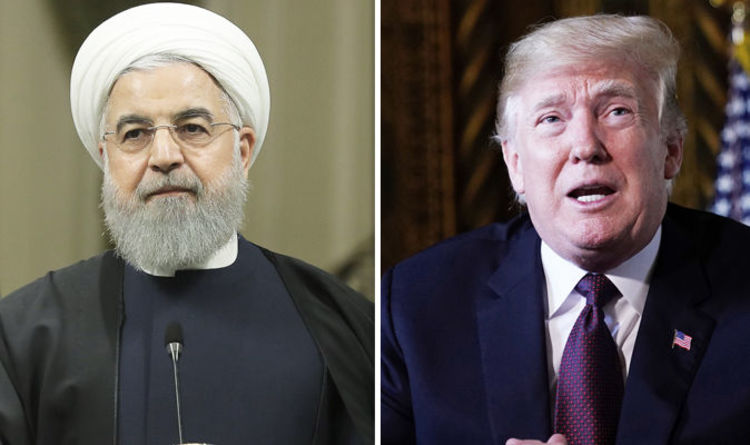 Speaking at the 32nd international conference on Islamic unity in Tehran on Saturday, President Rouhani insisted that in order to achieve victory […] 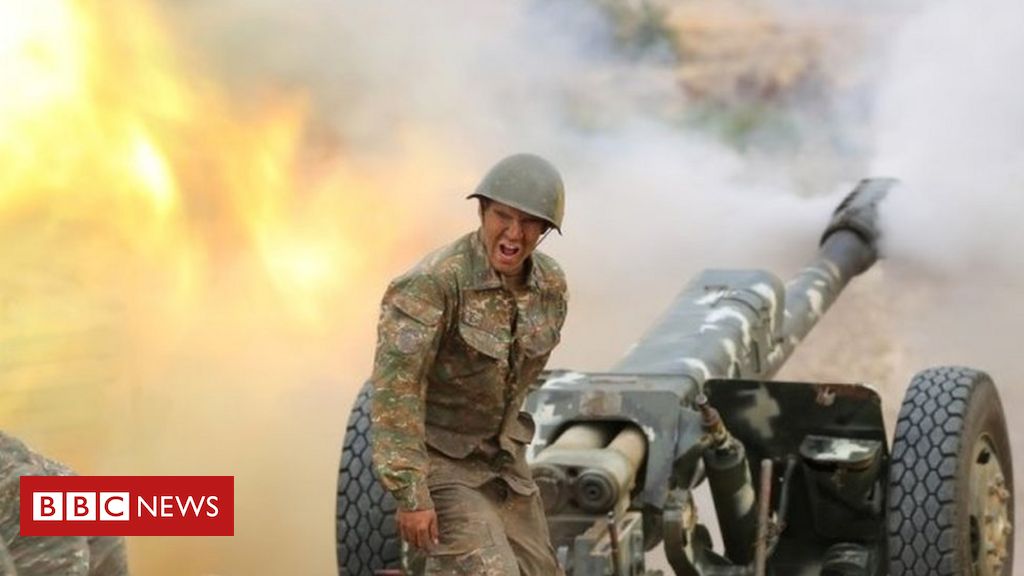