England’s Matt Fitzpatrick takes a share of the lead into the final round of the US Open at Brookline in Boston as he chases his first major title.

Fitzpatrick shot a two-under 68 to move to four under, level with American Will Zalatoris, who carded a 67.

Defending champion Jon Rahm is a shot behind after he double bogeyed the 18th, with world number one Scottie Scheffler on two under after a wild 71.

Rory McIlroy battled to a 73 and sits three shots behind on one under.

Fitzpatrick will tee off alongside Zalatoris at 19:45 BST on Sunday and the BBC Sport website will have live radio and text coverage of the final round from 19:00.

Saturday is called ‘moving day’ in the majors but most of the movement was in the wrong direction as Brookline, the United States Golf Association and mother nature combined to serve up a brutal test that even the best in the world struggled to deal with.

Only seven players finished under par for the round on a blustery day that was as much about temperament as talent, with bogeys unavoidable.

It was all too much for overnight leader Collin Morikawa. The reigning Open champion signed for a ruinous seven-over round of 77 to fall away as he finished on two over.

Zalatoris and Fitzpatrick both went close at the US PGA Championship last month, with Fitzpatrick, who played in the final group at Southern Hills, finishing joint fifth, while Zalatoris lost in a play-off to Justin Thomas.

They both now have another chance to win their first major, but behind them they have the defending champion, the Masters champion and a four-time major winner desperate for more.

Sheffield-born Fitzpatrick won the 2013 US Amateur title at Brookline and he will be hoping the perfect storm of arriving at a familiar course, with his game in good shape and on the back of going close in the last major, can tip the balance in his favour.

“I’d be lying if I said I haven’t thought about it [winning]. It would just mean the world,” said Fitzpatrick who is trying to become the first non-American to win both the US Amateur and US Open.

He would join the legendary Jack Nicklaus as the only players to win both events at the same course – Nicklaus won both at Pebble Beach – if he does so.

“It’s a special place for me and to go one step further and win a US Open round here would be even more special,” the Englishman added.

“The US amateur was one of the biggest achievements in my career and still is, and if I won a major here it would definitely overtake it.

“My family are in town, I’ve got a couple of friends here as well and the family I am staying with are fun as well, so I’ll have plenty of distractions which will be good with a late tee-time.

“I’m excited to give myself another chance in a major just a month later, I am just really proud with the way I played.”

The 27-year-old certainly handled the course better than most on Saturday.

Two front-nine birdies cancelled out an early bogey before Fitzpatrick made his move down the stretch, with three birdies in four holes from the 14th to take the lead by himself on five under before a closing bogey.

McIlroy and Rahm forced to battle

It has been eight years since McIlroy won his fourth major, and the Northern Irishman showed how much he wants to sample that winning feeling again by battling back from three bogeys in his first six holes.

The 33-year-old can never have worked harder for a three-over 73 than he did when parring the final six holes of a round containing just one birdie.

Despite missing three birdie putts from inside eight feet early on, his putter became his saviour with eight single putts in nine holes as he fought to stay in contention.

Rahm had an eventful round after also enduring a frustrating start. A one-handed escape from behind a tree was followed by a run of three birdies in four holes on the back nine as he briefly took the lead on five under.

However, the 27-year-old Spaniard found a fairway bunker on the 18th. He took two to escape, only to plunge into more sand guarding the green, resulting in a double bogey and a one-over round of 71.

World number one Scheffler’s round had a little bit of everything, with three birdies, an eagle, four bogeys and a double bogey all adding up to a one-over round of 71.

After a chip-in eagle on Friday, the Masters champion holed out from 100 yards for another eagle on the par-five eighth to jump into a two-shot lead at six under.

The 25-year-old American then fell apart with two duffed chips costing him a double bogey to start a run of five dropped shots in four holes, before a birdie on 17 saw him end on a high note.

Scheffler is just two shots off the pace as he looks to become only the sixth player to win the Masters and US Open in the same year.

Local favourite Keegan Bradley joined Scheffler on two under. Three back-nine birdies helped him shoot 69 as he gave himself a chance to win his second major, 11 years after his first.

World number 14 Zalatoris is yet to win on the PGA Tour but in his short career the 25-year-old has finished runner-up in two majors – including that US PGA Championship play-off loss last month.

What was more impressive than the four birdies on his card was the fact Zalatoris only made one bogey as he avoided the mistakes that ruined the rounds of so many others.

Playing slightly ahead of the faltering leaders, Zalatoris was in the lead when he stood on the 18th tee but carved a drive miles right of the fairway.

He rescued a par by getting up-and-down from a bunker to show the mental toughness that defined his round. 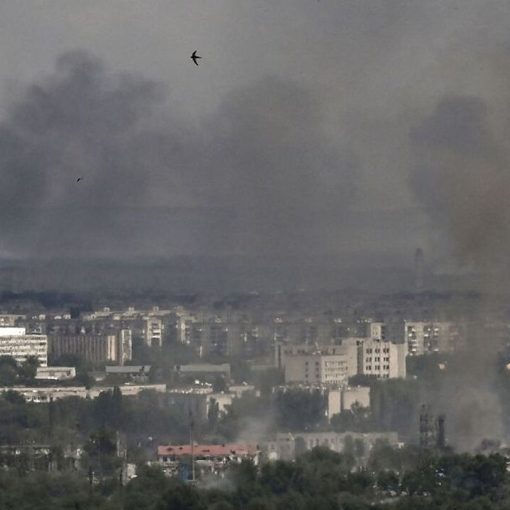 Petro Kuzyk, a former politician and environmental activist, is the commander of Ukraine’s Svoboda or Freedom Battalion and has expressed gratitude for […] 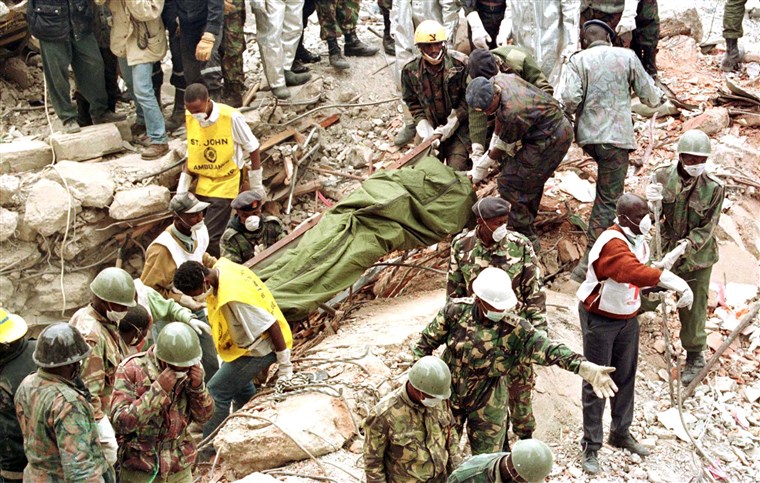 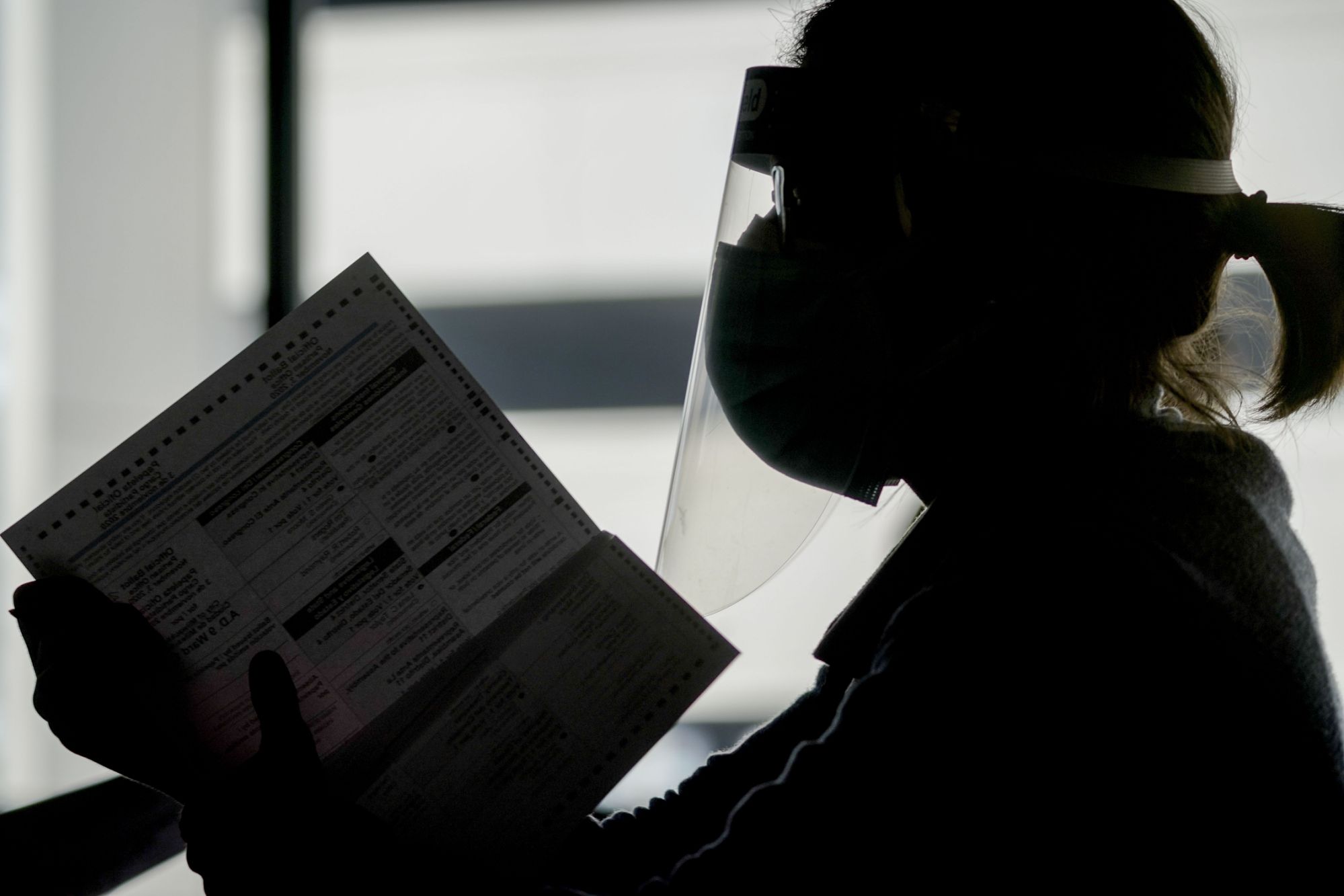 U.S. voters went to the polls starkly divided on how they see President Donald Trump’s response to the coronavirus pandemic, with a […]

Shops in Scotland will be stopped from offering non-essential “click and collect” services and takeaways banned from allowing customers into the building, […]