Gdansk has a complex history, at different times Polish, Prussian and German, and even periods of autonomy as a free city-state. Different rulers mean different names and the Germans called it Danzig until it reverted to Gdansk at the end of WW2. The first shots of WW2 were fired here and when the Russians arrived at the end of war they knocked it flat.

Extensive reconstruction took place in the years afterwards and the historic Main Town has been completely restored. The tight network of medieval streets on the River Motlawa preserves the atmosphere of the Hanseatic settlement as it was at the end of the 18th century. Boats still ply the river, although carrying tourists rather than merchandise.

People familiar with recent history may remember the struggles against communist rule starting with strikes in the shipyards in 1980. TV viewers may remember that Gdansk looked like a bleak industrial city, blighted by Soviet style architecture, but happily that image was completely wrong.

The best way to get to know Gdansk is to wander through its brightly coloured, lively streets. The legendary Długi Targ, known as the Long Market, is the main thoroughfare and is packed with colourful pastel buildings, buzzing bars, underground restaurants and the iconic Neptune Fountain.  At its eastern end, the medieval Green Gate opens on to the Motlawa River embankment where a replica pirate galleon offers trips to the surrounding area.

St Mary’s is one of the largest brick churches in the world and its 78m high tower dominates the Gdansk skyline. You can climb its 408 steps for glorious views over the city and the Baltic Sea. Inside is a fascinating astronomical clock dating from 1464 and at 14m high it may well be the largest clock in the world. Go in on the hour to hear strike and watch biblical figures come out to play.

Gdansk is known as the capital of Amber and a new museum inside The Grand Mill details the history of Baltic Amber with multimedia installations. Exhibits on two floors include “inclusions” (where bugs or plants are caught inside the amber) and many amber creations, including a stunning Fender Stratocaster guitar, show the material’s diversity. A large open room at the top of the building houses an impressive array of modern amber jewellery and of course there’s a shop where you can buy your own to take home. 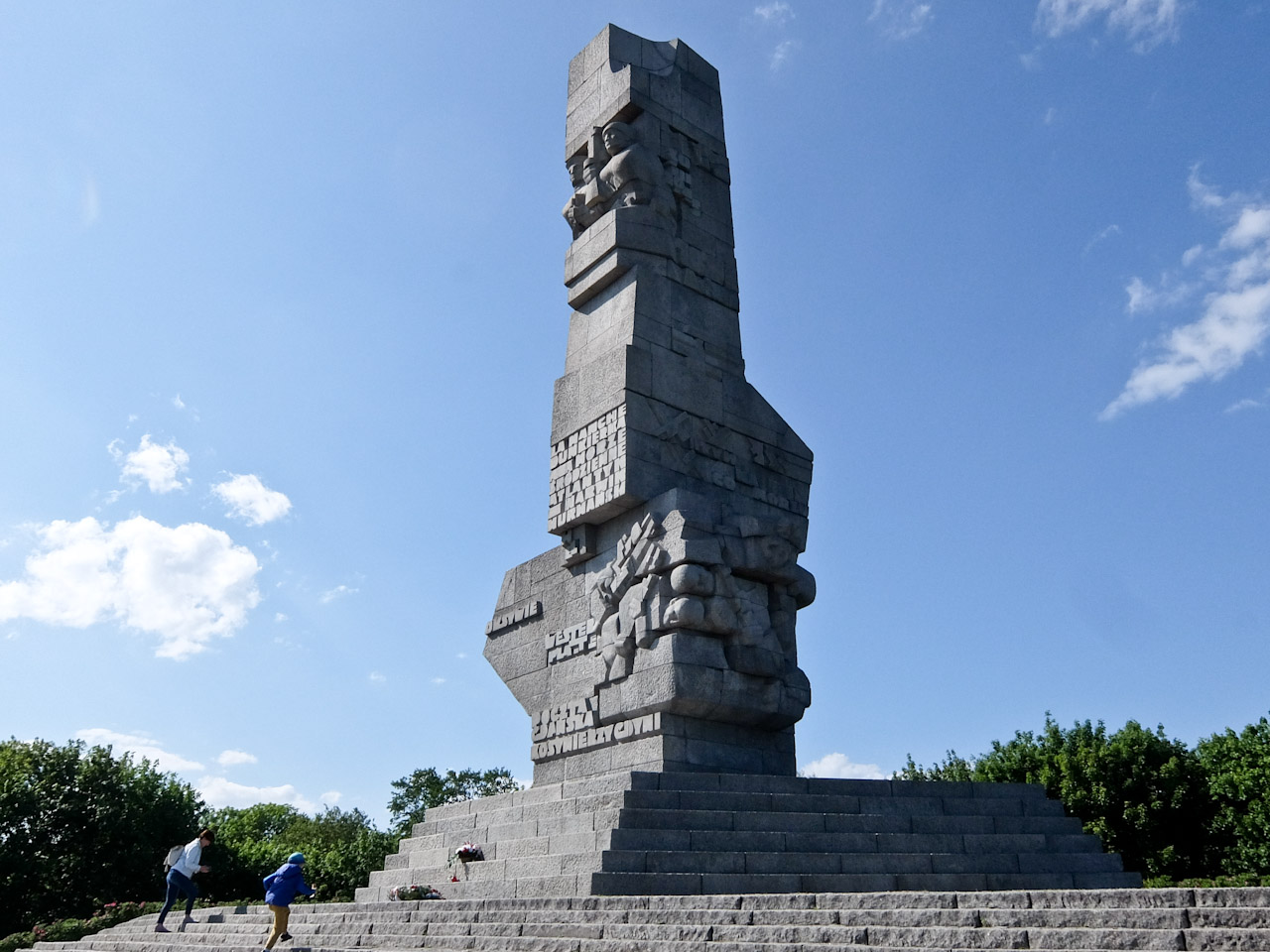 10 km downriver on the Baltic is the peninsula of Westerplatte. On September 1, 1939, the German battleship Schleswig-Holstein started WW2 when it opened fire on the Polish garrison. They managed to hold out for 7 days, hoping for support from France and Great Britain which never came.  Heavily outnumbered by 3500 troops on the ground, they surrendered after a loss of 15 Polish lives. Today an imposing 25m monument commemorates the fallen and the area has been turned into a historical park, complete with burnt out ruins and bunkers. 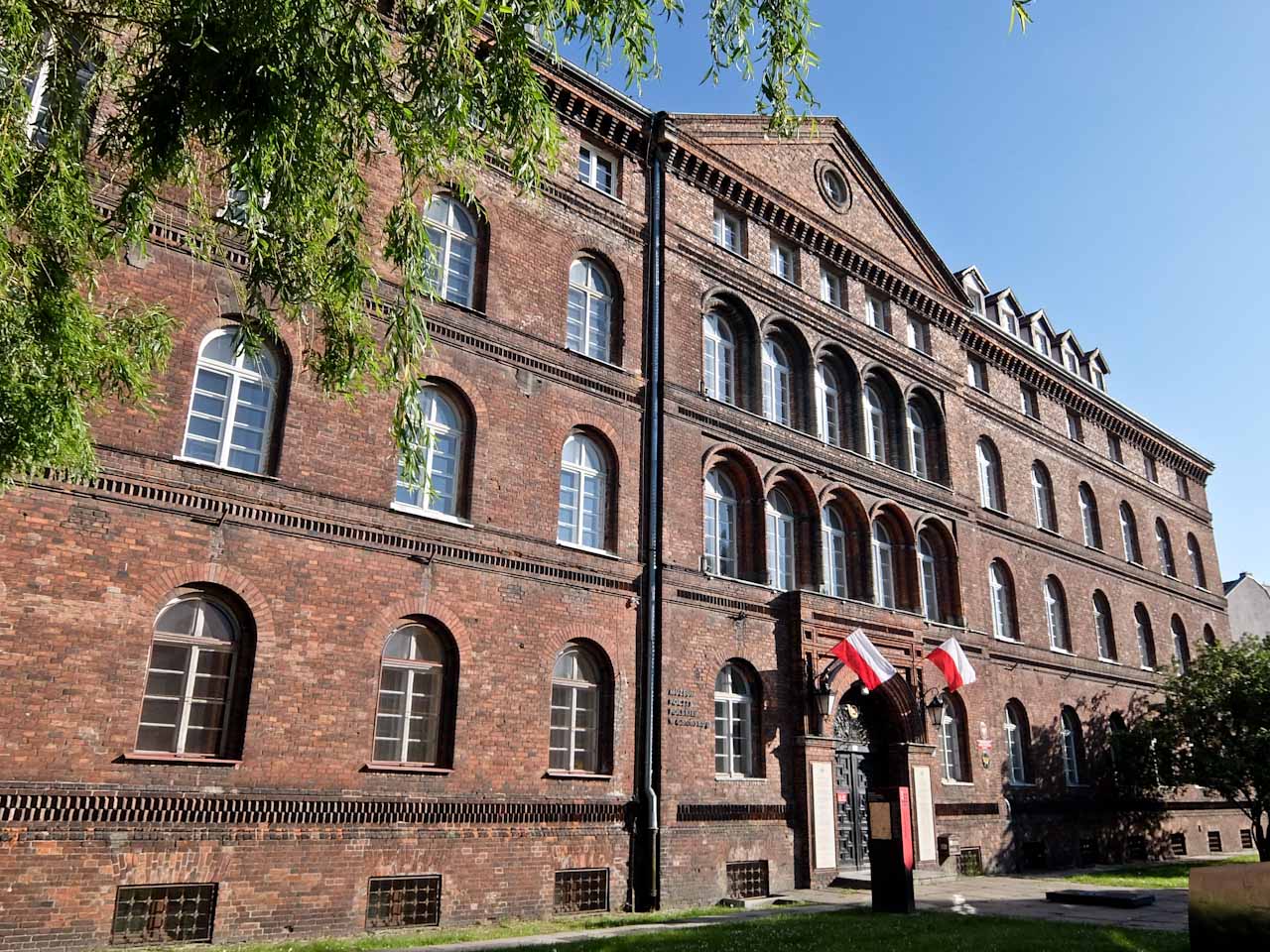 At the same time, in the Old Town, the large brick building of the Polish Post Office came under attack. 50 armed postal workers were trapped inside, but after a 17 hour siege, the 34 who were still alive surrendered. They were subsequently tortured and executed by firing squad. Outside a stainless steel monument remembers their sacrifice and inside there’s a small museum telling the story.

200m away is the huge modern WW2 museum, opened in 2017, its jagged glass and terracotta structure resembling a giant bomb hitting the earth. Yet the main exhibition is housed underground in themed cavernous spaces which take you through the history in chronological order.  The museum’s 2000 objects include an American tank, a Soviet tank, and a wooden German railway car displayed in faithful recreated locations. Particularly moving is a wall of stacked suitcases next to a huge blow up of the gates of Auschwitz.

Gdansk also had a starring role in in the collapse of communism. In 1980 the Solidarity movement, led by Lech Walesa, closed the shipyard with strikes which spread all over the country. The world held its breath as it waited to see if the Russians would intervene. Fortunately all was resolved relatively peacefully and Walesa received the Noble Peace Prize in 1983.

He went on to become Polish President and still works inside the Lenin Shipyard – not in the docks but in the mammoth European Solidarity Centre which opened in 2014.  It tells the story of Solidarity and the other opposition movements of Communist Eastern Europe. There are over 2,000 exhibits, and the library contains around 100,000 books and documents.

On the outside the museum is encased in rusted metal cladding, echoing the scale and size of the ships that used to be built here. The theme is carried on inside with leaning steel plates lining the corridors. Film and photographs are used in a creative way and there’s a military truck parked in front of twisted barricades as a reminder of the struggles.

These days the shipyards are quiet but the famous Gate #2 still stands, preserved exactly as it was in 1980, with a list of workers’ demands chalked up on a piece of plywood. Next to it stands the Monument to the fallen Shipyard Workers 1970, an impressive 42 metre, 13 tonne steel sculpture commemorating the 42 workers who died in an earlier protest.

Starting in the late 19th century Sopot, just 15 minutes from the city, became a holiday resort for wealthy aristocrats from all over Europe. Baths, sanatoria, hotels and restaurants were opened and the wooden pier was extended to 511mm, making it the longest in the world. The casino in the Grand Hotel attracted high rollers and reputedly big losers committed suicide in the park next door.  From 1961 the Sopot Music Festival was communism’s answer to Eurovision and these days the tree-lined seafront, white sandy beaches and the refreshing Baltic sea air are still attracting tourists.

GO: There are direct flights to Gdansk from London Stansted, London Luton, Birmingham and Newcastle with Wizz Air and Ryanair.

INFO: Poland Travel has information about the country:

Visit Gdansk has information about the city.

STAY: The Radisson Hotel & Suites makes a good base on the riverfront.

Restauracja Kubiki is the oldest restaurant in Gdansk

Gdanski Bowke is a traditional restaurant. 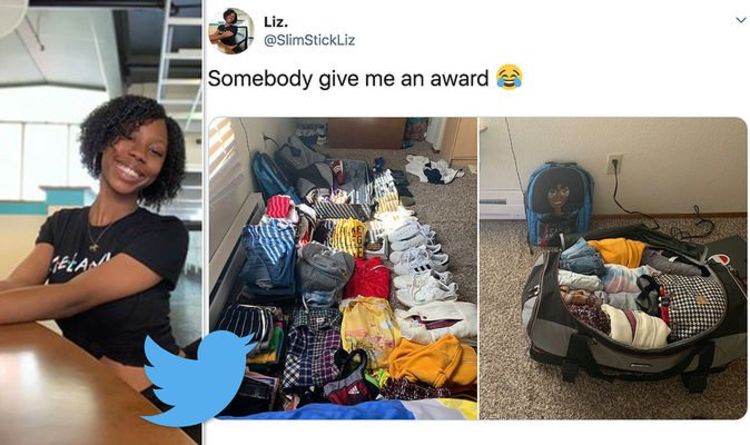 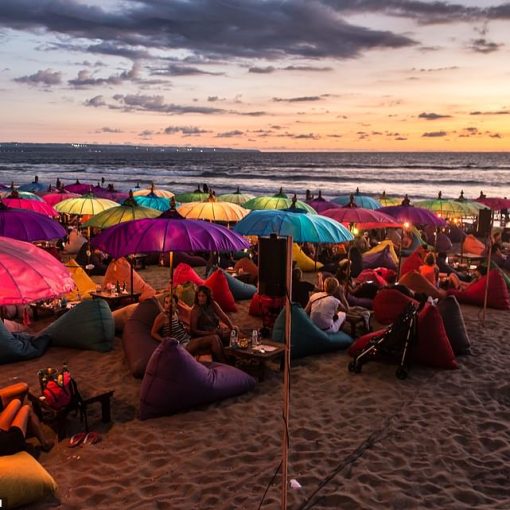 The ultimate inspiration for your next beach holiday has arrived. An annual ranking of the 50 best beaches in the world reveals […] 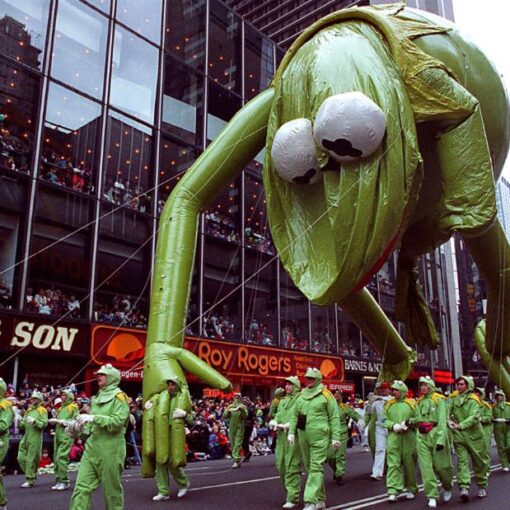 While most of the balloon incidents are at least a little humorous (the hubris of man, to create such beasts!), a small […] 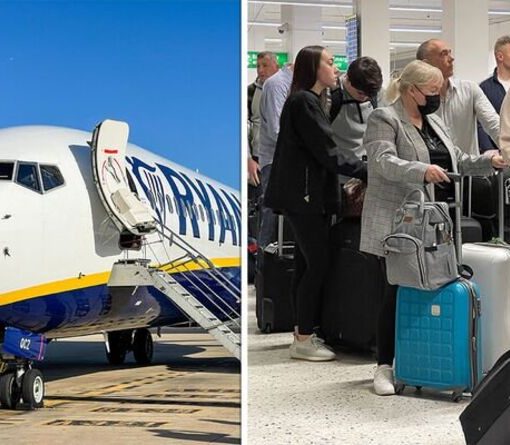