Australian UFC light heavyweight rising star Jimmy ‘The Brute’ Crute has revealed that he has been carrying a torn ligament in his knee for over two years – including during his last four fights.

The Bendigo product amazingly notched up wins against Polish star Michal Oleksiejczuk and ‘The Baltic Gladiator’ Modestas Bukauskas despite suffering an injury that would render most people unable to walk properly, let alone fight at the highest level. 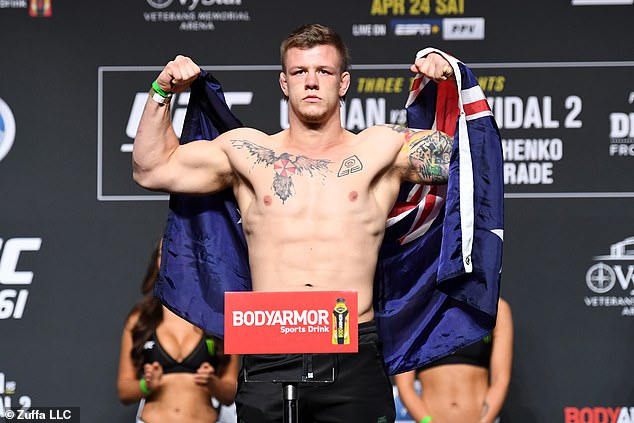 ‘I blew my ACL four weeks before I fought him [Oleksiejczuk],’ the 26-year-old told 7NEWS.com.au.

‘So yeah, I’ve had four fights without an ACL [anterior cruciate ligament]. They grow back, but not 100 per cent, and I wasn’t sure if it was a full rupture or had enough to grow back.

‘So, I’ve been a bit compromised for the last few fights.’

After navigating those tough victories, Crute was taken down by Anthony Smith, who targeted his legs and busted the Australian’s peroneal nerve, making him crash to the canvas.

That injury took him months to recover from and when Crute returned, he was brutally dispatched by US star Jamahal Hill in just 48 seconds. 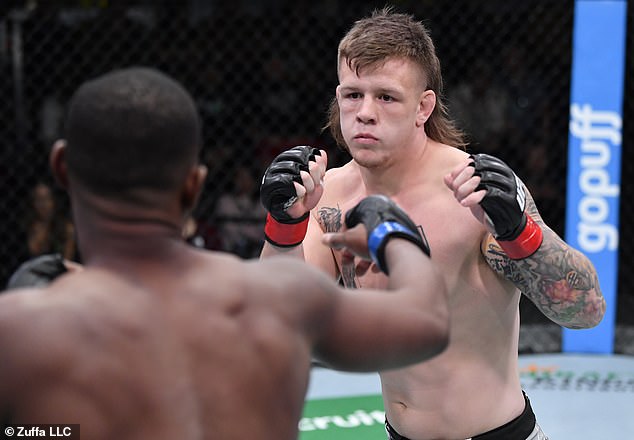 Jimmy Crute of Australia battles Jamahal Hill in their lightweight fight during the UFC Fight Night event at UFC APEX on December 04, 2021

Crute said Smith’s attacks to his legs did not cause the ACL injury, as he had been carrying it for sometime leading into the bout.

‘[It happened during] training, I just stood out wrong on a take-down defend and it exploded,’ he  said.

‘It was my right leg that had the reconstructions. Anthony just pinpointed the perfect spot on the lead leg, the kick itself affected the opposite leg.’

Crute believed the injury would heal over time, but as weeks turned into months, his doctors pleaded with him have it operated on.

‘It felt really good after that [Oleksiejczuk fight], but I think the real damage came from fight after fight and training after training,’ Crute said.

‘One time I was walking along, I stepped over this bit of concrete and my freaking knee exploded [again]. I tore every single ligament in my knee, and I had fractures in my shin.

‘I was trying to fight the surgery and the doctor was just like, ‘mate, if you don’t get surgery, you’re going to need a full knee replacement by the time you are thirty’.

‘In hindsight I should have got the surgery done ages ago, but me being stubborn, I wasn’t listening to the people around me.’

While the two losses Crute suffered put a dent on his professional UFC record, he refuses to blame the ACL injury for those results

‘I decided to go against that [initial surgery request] and I got two wins with it, but then I lost,’ the 26-year-old said.

‘I’m not blaming the losses on that, I was beaten by the better men on those nights. But I should have looked after myself a long time ago.’

Crute finally had the surgery in February and is expected to return to training and a new UFC fight in 2023.l 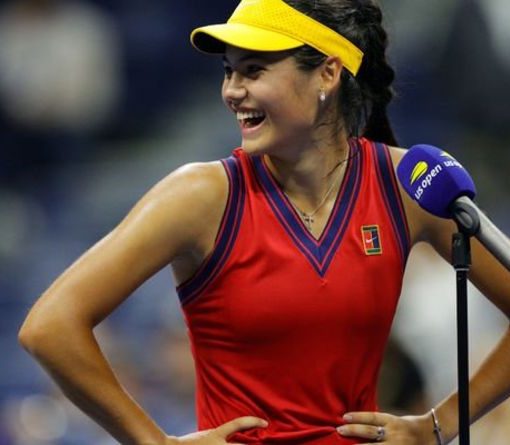 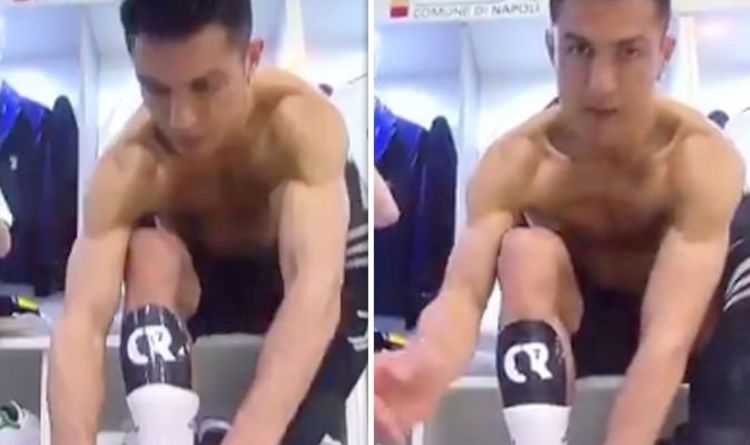 The forward returned to the side after nursing an ankle picked up in a win at Bologna. Things have not been plain […]

They have waited a long time for this, just not for it to be like this. Saturday night’s Copa del Rey final […]