This essay is part of a series called The Big Ideas, in which writers respond to a single question: What is reality? You can read more by visiting The Big Ideas series page.

What is the universe composed of? Is there an infinite reality or merely a contingent one? Are we part of the infinite sea of things, or are we isolated beings with nothing connecting us? Is there a God, or are we marooned in the emptiness of the universe?

The best answers to these conundrums have come from those who frame the way we can experience them. Plato showed us with his allegory of the cave that we experience the world through the inadequate instruments of our senses. An Indian folk tale gave us the image of blind people touching an elephant and trying to discern what it looks like. To one it is a rope, to another a wall, to a third the branch of a tree.

The artist David Hammons presented an intriguing framing of reality in 1983 when he peddled snowballs on a New York sidewalk. Were the snowballs an idea, a value, a piece of nature, a social construct, a dream?

Perhaps the ultimate framers of reality are our parents. In my forthcoming novel, “The Last Gift of the Master Artists,” I quote something my mother once told me: “It is not who you are that makes the world respect you, but the power that stands behind you.” In our time, wars of acquisition occur because no power stands behind vulnerable nations.

In a story my mother often told me, all the world’s birds are invited to heaven for a feast. A tortoise is able to join them because the birds have lent him their feathers. Before they set off, the tortoise claims the name “All of You” and appropriates the feast meant for everybody. His undoing comes when the birds reclaim their feathers, and he plunges to a hard place. His fragmented shell symbolizes what happens when we try to usurp the world’s resources for ourselves.

A great implication of this truth is climate change. We cannot degrade our environment without degrading our lives. The law of cause and effect is as true in our morality as in the greater universe. A flawed sense of reality makes us think we can escape the consequences of the changes we have put into motion.

Yet we each assume that our own perception of reality is universal, and some presume to determine it. If we have power, we force the consequences of that perception on others. That is how we have created the mess that is our world.

For centuries, people have assumed that because they had guns, they were superior to those who didn’t. Then they proceeded to conquer those without guns or whose guns were inferior. We believe power is proof of a superior grasp of reality. This profoundly illogical thinking is at the root of racism, fascism, inquisitions, slavery, genocide and injustice of every kind.

Those in the past who thought they were masters of reality and sought to dominate the human race ascended for a time, ruled a portion of the world for a while and sank back into the dust. In the end, reality defeats all empires.

This is at the heart of our ignorance. We act but do not know the consequences of our actions. We do not know what acts on us. We do not know the infinite web of things, the infinite links. The idea that the universe is random gives rise to the paradox of a meaningless world in which we are building civilizations and living out destinies. This is also illogical. Why should we care about anything in a world that is random? Isn’t such a perception at war with reality?

As in my mother’s rendition of the tortoise story, humanity is part of a reality in which we all ascend together, and we all fall when we act against the interests of our survival.

If we do not change our perspective, we will never achieve a revolution in our understanding of reality. Only then will we at last begin to create a world worthy of the magical nature of consciousness and the exalted quality of life. A greater apprehension of reality will determine what kind of future we have, and whether we have a future, or not.

Ben Okri is a Nigerian poet and novelist. He was awarded the Booker Prize for Fiction in 1991 for his novel “The Famished Road.” 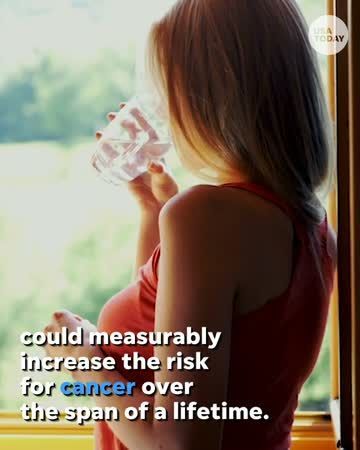 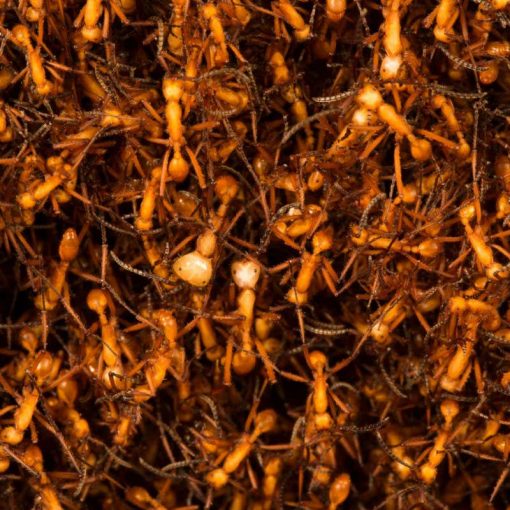 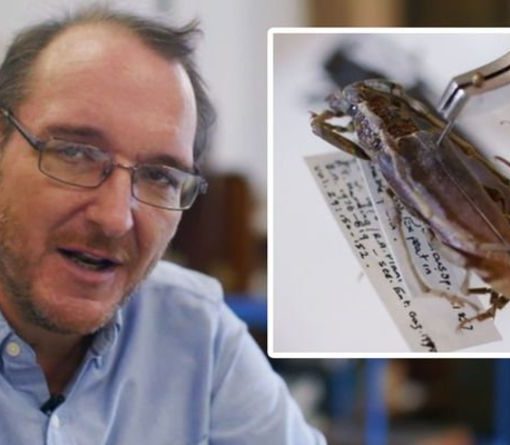 The Oak Capricorn Beetles were found by a farmer in a piece of ancient wood that had been lodged below the ground. […] President Trump acknowledges Elon Musk after SpaceX launched the manned Crew Dragon spaceship, at the Kennedy Space Center on May 30, 2020, […]