I don’t think I’ll ever outgrow ’90s cartoons and side-scrolling arcade brawlers, so it was with some excitement that I fired up Teenage Mutant Ninja Turtles: Shredder’s Revenge, a modern follow-up to Konami’s arcade & SNES hit Turtles In Time. It’s an exercise in targeted nostalgia, opening with a fully animated intro, a cover of the Saturday morning theme song and even the promise of the original voice cast returning—albeit with 30 years of added rasp to their voices.

That’s a strong first impression and a tough one to live up to, but I’m happy to say that developers Tribute Games have managed to recapture that classic spark, even if it’s sometimes at risk of being snuffed out by a few attempted modernizations that don’t fully deliver.

Putting its strongest two-toed foot forward, Shredder’s Revenge is an absolute joy to look at and listen to. Even with most of the game taking part in New York, each environment feels distinct, with the graffiti-daubed streets outside the TV station (where bad guys have painted the word ‘Foot’ over any sign where it’d make sense, plus a few where it doesn’t) leading to a chase down Broadway, a grungy sewer crawl, a trip to the zoo and beyond. The backdrops rarely repeat, which is impressive considering Shredder’s Revenge is about four times the length of Turtles In Time and far more detailed.

The character art is equally lush—despite all having the same body shape, there’s few frames shared between the turtles. Their animations capture their personality, making them easier to track in a fight. When sprinting, Leo leans in with a stoic glare, Mikey scampers with cartoon exaggeration, nunchucks flailing behind, while Raphael charges in low with teeth bared. The extra playable characters get just as much love, with vigilante Casey Jones comically switching outfit during attacks—putting on a golf cap when taking a nine-iron swing, or a baseball helmet for his game-winning slide attack.

While lacking the time-travel gimmick of Turtles In Time, Tribute Games has still found excuses to cram in almost every classic enemy from the previous games, lovingly re-designed and cleanly animated. My only gripe here is that there aren’t many new ones, but there are a couple interesting surprises. By and large, they’re good fun to smash into tiny pieces too, and all feel fitting for an old ’90s cartoon, especially the silly crossbow-wielding Foot ninjas who shoot sink-plungers instead of pointy bolts. Shredder’s Revenge is kid-friendly start to finish.

That lavish attention to detail also applies to the expendable hordes of robo-ninjas you’ll be fighting most of the time. Many of the color-coded variants have their own animations and style, and almost every stage has them playing out some variety of sight gag. When they take over the TV station, there’ll be ninjas manning the reception desk, mixing up some trouble in the cooking show set, and doing sit-ups for the workout show. I was grinning nearly the whole way through.

The soundtrack didn’t make me smile, though. It had me grinning like an idiot. Composed by the prolific Tee Lopes (Sonic Mania, the Streets Of Rage 4 DLC), it has a spectacularly bouncy, energetic vibe. Almost everything is a toe-tapper, and I’m lavishing special praise on the handful of vocal tracks in the game, featuring talent from the Wu-Tang Clan (opens in new tab). They are magnificently goofy, belting out cornball lyrics themed to the level or battle they accompany.

Like the art, combat feels familiar while making some significant enhancements over Turtles In Time. The fundamentals are still simple one-button combo chains, jumping dive kicks and grapples, but the Turtles and pals now have a dodge button that lets you slip past (or through) almost any attack with a generous allowance of invulnerability frames. Dodges can also be chained into attacks and out of damage taken, making it a seamless move to mix into your routine that doesn’t disrupt the bouncy rhythm.

New super moves are effectively bombs that clear your immediate area. They’re recharged through fighting or successfully completing a taunt animation without getting smacked for your nerve, which adds a fun rhythm to boss fights—especially in co-op—as my friend and I would tag out to safer areas of the arena to taunt and recharge. Taunts work out of combat too, so you can always start a fight with at least one super bar charged.

Shredder’s Revenge has one other new move that doesn’t work as well: a charged power attack. On paper it’s supposed to be for breaking through the guards of more defensive enemies, but over two playthroughs I found it largely useless, locking you in place in front of an enemy that can still hit you with a quick poke. Against blocking baddies, a grapple or super attack almost always seemed better and faster, making the power attack feel like a missed opportunity.

For the first time in a TMNT beat-em-up, Shredder’s Revenge has a dedicated Story Mode, but it feels kind of hollow. Arcade Mode is a straight shot through the 16 generous stages without any saves or pauses, while Story adds a level select world map, a very basic XP/leveling system, and some perfunctory challenges and sidequests. I usually ignored the challenges, which too often asked me to clear whole stages without taking a single hit. As for sidequests, don’t expect to do more than pick up themed collectibles and deliver them to someone on the map in exchange for a handful of experience points, adding tedious (if largely ignorable) busywork between levels.

The experience system also feels fundamentally flawed. A full run through Story Mode will net you enough XP to max out one character, finally giving you access to their max-level super move just in time for the last couple levels. Maxing out all seven (including Splinter, April O’Neil, and Casey Jones) will either require six players in co-op or extensive grinding, which feels antithetical to the whole concept of a fast-paced arcade game. In Arcade Mode you don’t have to grind to unlock anything—it just gives you all your abilities from the start, though it doesn’t let you revisit completed stages or save progress.

It’s hard to shake the feeling that some kind of happy medium between Arcade and Story mode should exist, but Tribute seem to have signed some kind of Faustian bargain in the name of modern design. Shredder’s Revenge is too easy on the middle of its three difficulty modes, too: regular rank-and-file enemies don’t pose much threat unless you get careless, and bosses can be surprisingly easy if you get into the habit of dodging through their well-telegraphed attacks.

While there are some arcade-conquering demigods out there, I typically have to chew through several continues to get through one of these games, but I found myself seldom losing lives when playing solo here. And in Story Mode, lives restock every stage. Co-op exacerbates the balance issues: Having at least two players adds a downed state, so instead of immediately dying, your partners have 10 seconds to revive you and get you back into the fight at no cost.

My first playthrough was in two player co-op, and even with a few embarrassing cases of me spacing out and forgetting which turtle I was controlling (a mistake I still frequently made when I switched to playing as Splinter, so no fault of the game), neither me nor my buddy lost more than a single life until the penultimate level.

The highest of the three difficulty modes—Gnarly—provides a bit more friction, with enemies hitting harder (and acting a little more aggressively), and giving bosses health bars that are beefier without feeling excessive. It’s more arcade-authentic in terms of challenge, but in Story Mode, getting a full stock of lives for all players each stage dulls its edge. If it allowed saving I’d say Arcade mode was the best way to play, but neither seems ideal.

Surprisingly, beyond Casey Jones (a reward for completing the game once), there are seemingly no unlockable extras. No hidden modes, no curveballs. While it’s nice to get exactly what you ordered in a game, I’ve possibly been spoiled by some other modern beat-em-ups—stacked against its recent peers, Shredder’s Revenge feels threadbare on the bonus front.

Most of the flaws in Shredder’s Revenge are in the little fuzzy details around the edges—the heart of the game, that nostalgic pseudo-arcade experience of bashing through thousands of mooks with as many buddies as you can fit into a room (or over the internet) is strong. On that front, Shredder’s Revenge is charming, and sets off all of my nostalgia neurons.

The issue is in its longevity. The best arcade games hold up even on your fifth or 10th time through, while I feel I’ve seen all this has to offer after just two full laps. I can’t see myself coming back to it months or years later like I’ve done with Streets of Rage 4 (especially with its DLC) or Fight’N Rage. Like the work of its returning voice cast, Shredder’s Revenge is a heartfelt and enthusiastic performance that feels like a slightly strained attempt to recapture lost glory. 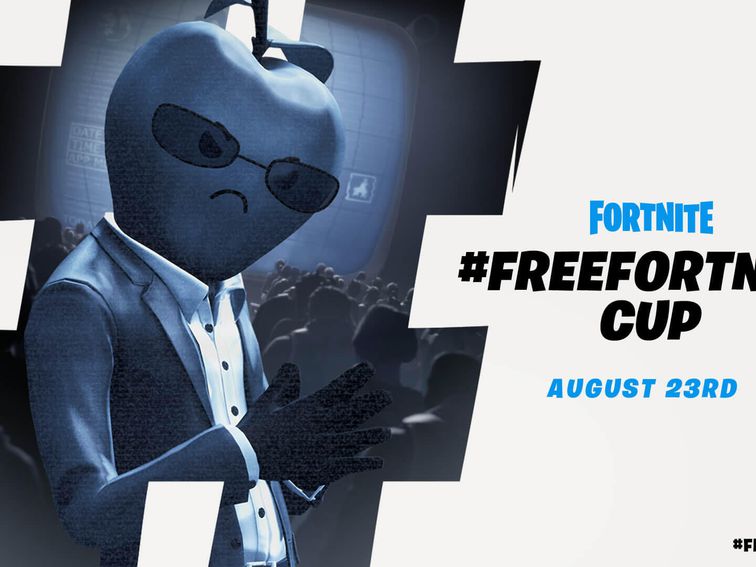 Top scorers in the #FreeFortnite Cup can win this Apple-mocking hat as well as a Nintendo Switch, PS4 Pro, Alienware laptop and […] 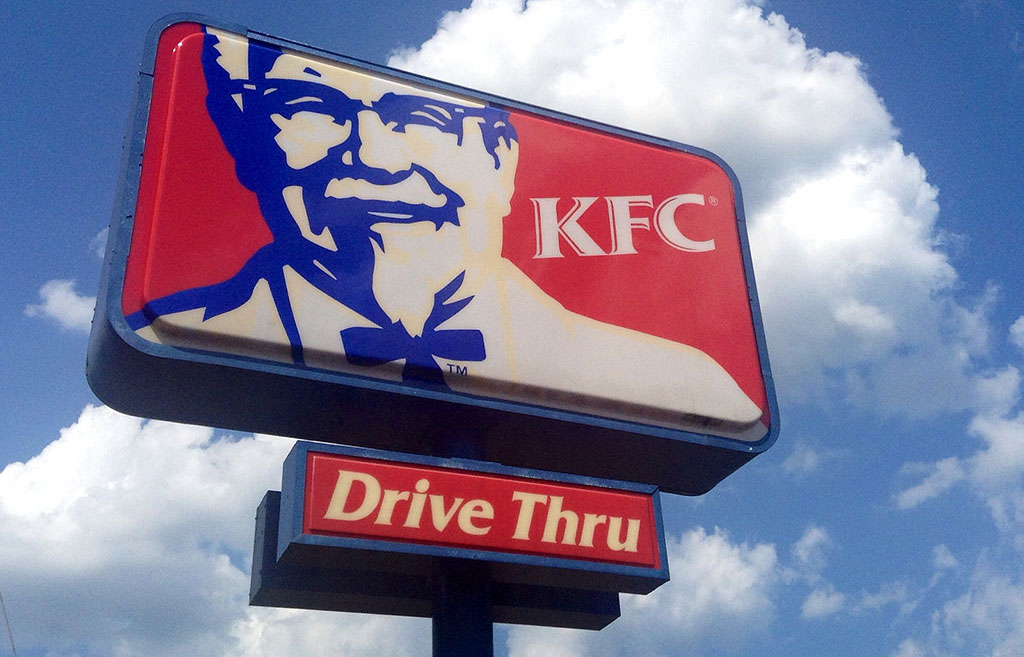 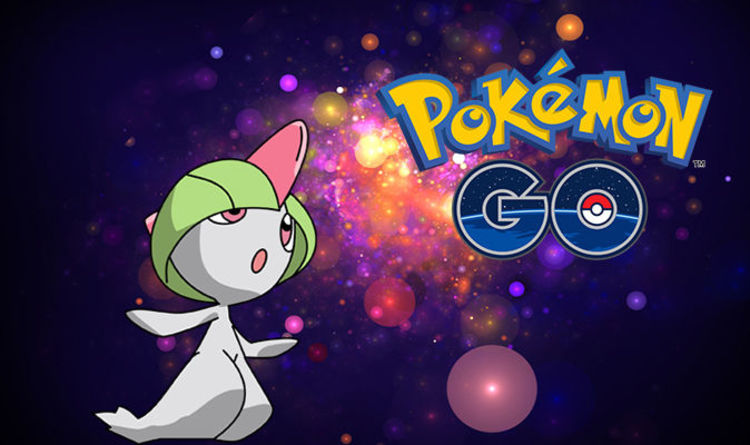 Pokemon Go fans are waiting for Niantic to announce its plans for the next Community Day event in December. With the November Community […] 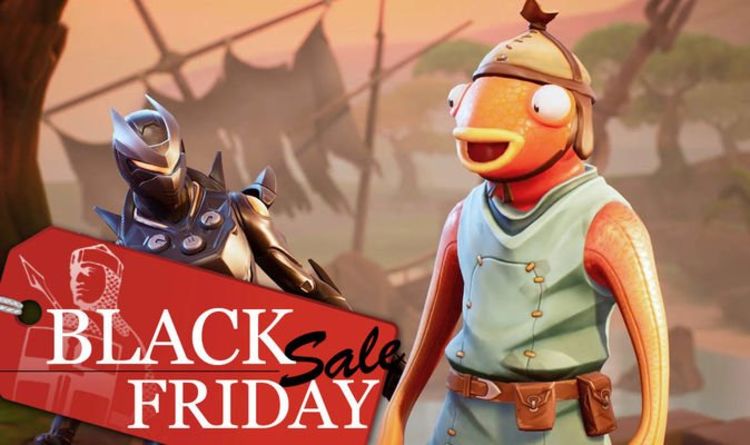 Fortnite players can make a tidy saving when purchasing new V-Bucks thanks to an offer running this Black Friday. Fortnite fans looking […]