State Rep. Russell Fry, who was endorsed by Trump, will defeat Rice in the 7th District, CNN projects.

Despite facing a severe backlash over his impeachment vote, including death threats in its aftermath, Rice did not back off his criticism of Trump or decide, like some of his impeachment-backing GOP colleagues, to leave office at the end of his term rather than face voters again. A staunch conservative and Trump supporter before the insurrection, the five-term congressman instead took his case out on the campaign trail. Republicans in his 7th District rejected it — and delivered the nomination to Fry, who will clear the 50% mark to avoid a runoff.

Rice’s ouster underscores Trump’s enduring popularity with most Republicans, especially in conservative districts like the one Rice has represented since 2013. But results in the 1st District demonstrated that the former President’s hold is not entirely firm.

Mace did not vote to impeach Trump, but she refused to join congressional objectors to President Joe Biden’s victory, earning the former President’s wrath. Faced with charges of insufficient loyalty to Trump, she drew a challenge from Katie Arrington, who defeated then-Rep. Mark Sanford, another Trump critic, in the 2018 primary but went on to lose the general election.

Arrington, like Fry, had Trump’s endorsement. But it wasn’t enough. Mace will defeat Arrington with a clear majority in their three-candidate race, CNN projects. Mace had the backing of former South Carolina Gov. Nikki Haley, who served as UN ambassador in the Trump administration.

Nevada, Maine, North Dakota and a special election in Texas’ 34th Congressional District were also on the menu Tuesday, with the most fierce contests featuring Republicans vying for nominations ahead of a midterm general election that looks increasingly dire for Democrats trying to hold on to their narrow majorities in the US House and Senate.
Recent Democratic dominance in Nevada is in for a stress test in the fall, but Silver State Republicans still need to sort through a handful of testy primaries, for top statewide offices and the chance to take on Democratic Sen. Catherine Cortez Masto, featuring candidates up and down the ballot who have embraced Trump’s lies about the 2020 election to varying degrees.

In the Senate primary, former state Attorney General Adam Laxalt, who lost the 2018 gubernatorial race, has Trump’s endorsement — along with that of Florida Gov. Ron DeSantis, former Secretary of State Mike Pompeo and other leading conservatives with eyes on the 2024 presidential race — after serving as the former President’s 2020 campaign co-chair in the state and peddling unsubstantiated allegations of voter fraud after Trump’s loss there became apparent.

But Laxalt, whose late grandfather Paul Laxalt served as Nevada’s governor and then as one of its US senators for two terms, first needs to fend off a late charge from political newcomer Sam Brown, a retired Army captain who received a Purple Heart after suffering severe burn injuries in Afghanistan.

The contest for the GOP gubernatorial nomination, and a November date with Democratic Gov. Steve Sisolak, is particularly emblematic of the modern-day Republican Party — all three candidates have aligned themselves with Trump, a symbol of his movement’s growing power. Clark County Sheriff Joe Lombardo, though, is the candidate with the former President’s endorsement and the perceived front-runner over former Sen. Dean Heller and Joey Gilbert, a lawyer and retired boxer.

In years past, the race to fill the seat of term-limited Republican Nevada Secretary of State Barbara Cegavske might have flown under the national political radar. But in the wake of Trump’s bid to overturn the 2020 results — efforts Cegavske dismissed — and with more recent, successful Republican attempts to restrict ballot access in mind, Democrats are renewing their focus on offices that oversee elections.

Cisco Aguilar, an attorney and former staffer for the late Sen. Harry Reid, is running unopposed for the post in the Democratic primary. The Republican favorite, former state Assemblyman Jim Marchant, filed an unsuccessful lawsuit after losing his 2020 House race and has said he would not have certified Biden’s victory in Nevada if he’d been in Cegavske’s seat after the election.

Down in Texas, the Tuesday night lights are on again, this time for a special election to finish out former Democratic Rep. Filemon Vela’s term in the soon-to-be-former 34th Congressional District. Vela’s resignation in late March to work for a law and lobbying firm opened the seat in a district Biden narrowly won in 2020 but that is poised to become more comfortably blue-leaning after redistricting comes into effect in the November election. The special election is taking place under the existing district boundaries, with the winner serving until January.

Despite the apparently low stakes, Republicans are heavily invested in the race, hoping to give Mayra Flores — already their general election nominee for the new district — a head start in her coming race against Democratic Rep. Vicente Gonzalez, currently of the 15th Congressional District. Gonzalez is staying put for now, so former Cameron County Commissioner Dan Sanchez is the Democratic favorite on a four-candidate ballot, evenly split between the parties and likely to be decided, if no one can win a clear majority, in an August runoff.

If she prevails, Flores would become the country’s first Mexican-born member of Congress — a piece of history Republicans are hoping to wield as a signal of the party’s growing foothold with Hispanic voters in South Texas ahead of her clash with Gonzalez.

Former Republican Gov. Paul LePage — the man who once declared himself “Donald Trump before Donald Trump became popular” — is on the ballot again as he seeks to win back his old job from Democratic Gov. Janet Mills, a longtime political foe. Both are running unopposed in their primaries ahead of their November showdown.

The Republican field was more competitive in the state’s 2nd Congressional District, where the nominee will take on one of the Democratic Party’s most endangered incumbents, Rep. Jared Golden. Former Rep. Bruce Poliquin, who lost his seat to Golden in 2018 after neither managed to secure a majority and the race was decided by Maine’s ranked-choice system, will defeat Caratunk Selectwoman Liz Caruso in the primary, CNN projects.

There was less drama in North Dakota, where CNN projects Republican Sen. John Hoeven will win the nomination over conservative activist Riley Kuntz. Hoeven is expected to comfortably win reelection in November in the deep red state over Katrina Christiansen, who CNN projects will be the Democratic nominee. 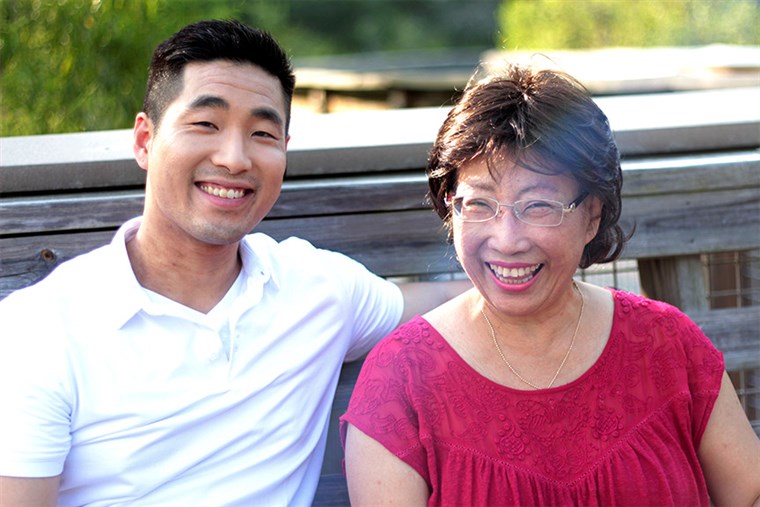 There are less than 600 known lesbian, gay, bisexual, transgender and queer elected officials in the U.S. — just 0.1 percent of […] 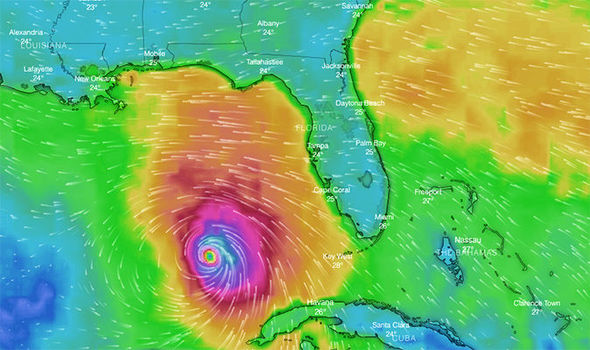 HURRICANE Michael is barreling across the Atlantic Ocean toward land but where will the storm hit? Will it hit Jacksonville and Georgia? 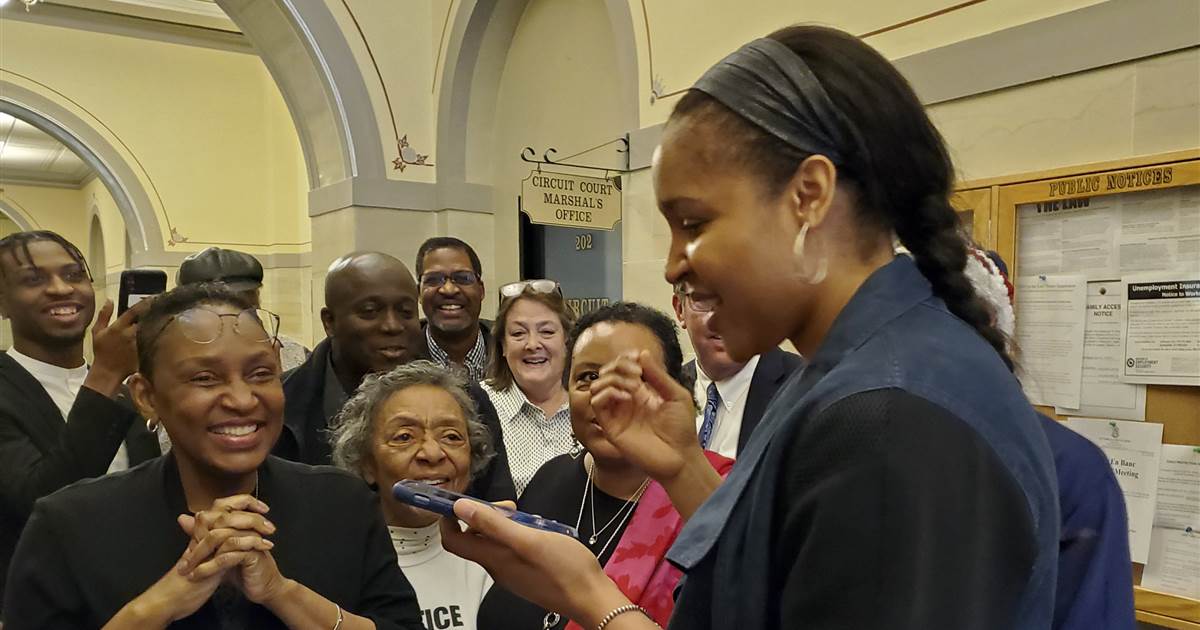 Jonathan Irons, a wrongfully convicted man whose case was overturned in March with the help of WNBA player Maya Moore, was released […] 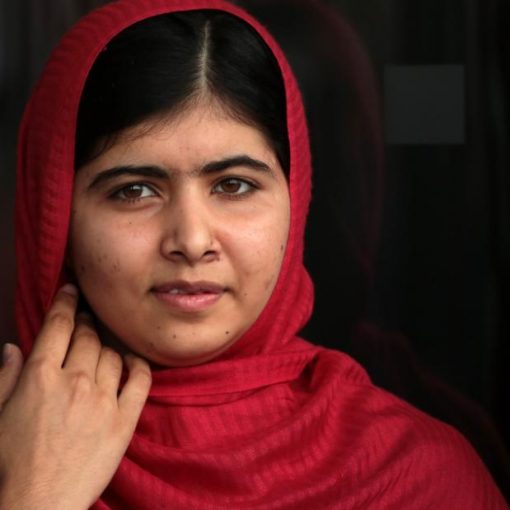 “Today marks a precious day in my life. Asser and I tied the knot to be partners for life. We celebrated a […]