Champion Aussie swimmers Geoff Huegill and Michael Klim have joined their mate Ian Thorpe for lunch at an exclusive Bondi Beach restaurant on Sunday, just days after the legendary Olympian’s ex-lover was laid to rest.

Huegill brought his lawyer partner Roxan Toll and their baby son Rafe with them to Totti’s Italian eatery, where he was spotted smiling from ear to ear while catching up with his old friends.

Klim – who was seen using a walking stick for the second time in recent weeks – was accompanied by his DJ love Michelle Owen, while Thorpe was pictured laughing with a tall, casually dressed man. 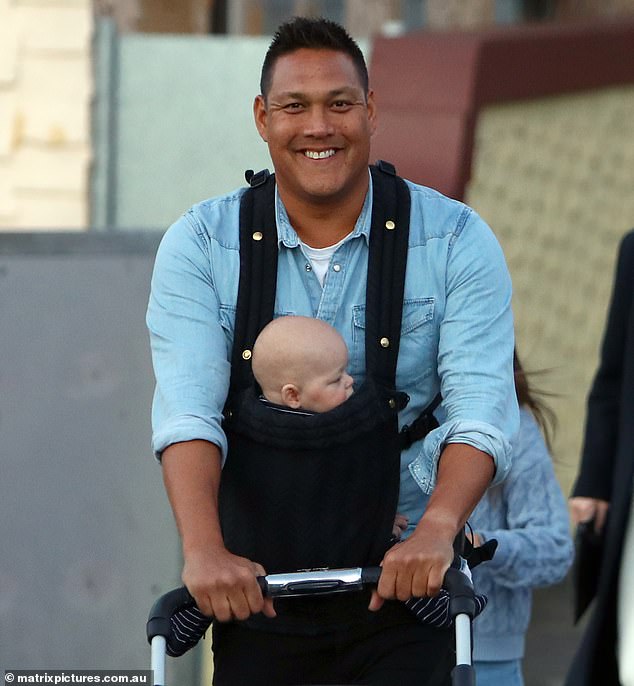 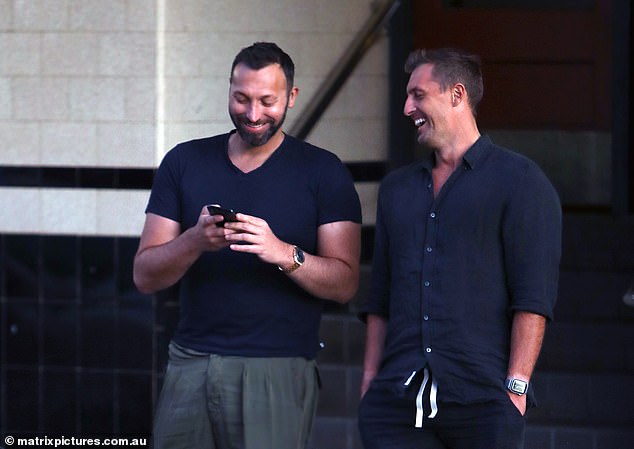 The trio of pool legends are best remembered for their feats at the Olympics, especially the 2000 Sydney Games, where Thorpe and Klim took Australia to victory in the 4x100m freestyle relay, with Huegill scoring a silver and bronze in separate events.

It’s no doubt been a difficult few weeks for Thorpe, whose ex Ryan Channing was remembered at an intimate funeral in Perth on Friday morning.

The 32-year-old died of a suspected prescription medication overdose in Bali on May 6 while holidaying with family. He collapsed inside a villa and passed away in two days later.

He was Thorpe’s first long-term boyfriend after the swimmer publicly came out, and the pair were in an on-again, off-again relationship from 2015 until they separated in 2019.

‘This is a relationship that I had that was a long-term relationship and I feel for Ryan’s family,’ Thorpe said after news broke of the tragedy. 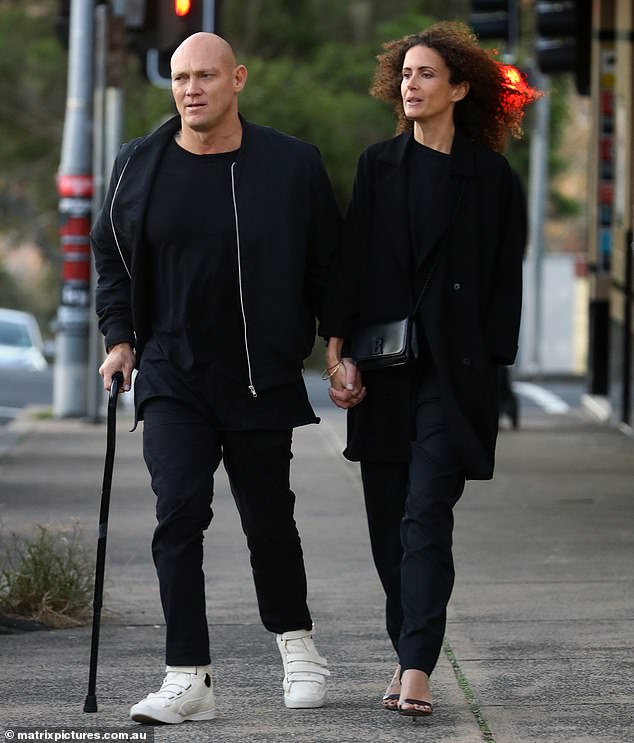 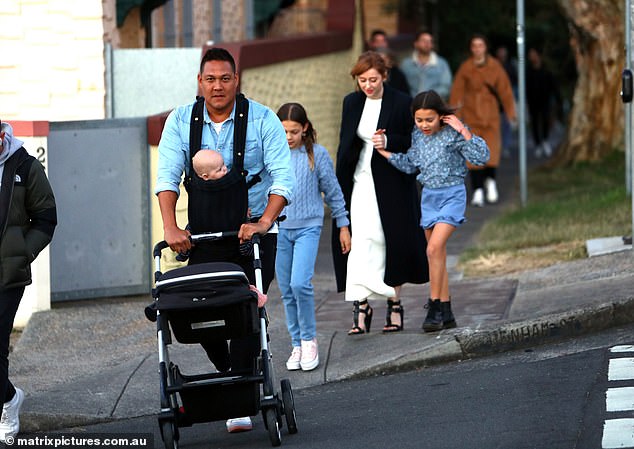 The Sydney Olympics medallist was joined by his partner Roxan Toll and his daughters with ex-wife Sara, Gigi and Mila

‘I think when it is someone that is so young, it is tragic for anyone to see them passing at that kind of age.’

Huegill and Toll welcomed Rafe into the world in August last year. The pair first met in Singapore after the swimmer had divorced his ex-wife Sara – the mother of his daughters Gigi and Mila – in 2018.

The girls joined their dad and Roxy in Bondi, where Geoff was seen toting Rafe in a baby harness while pushing a pram. 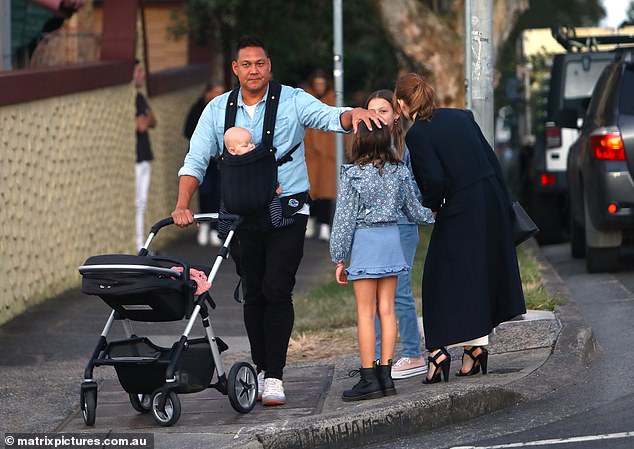 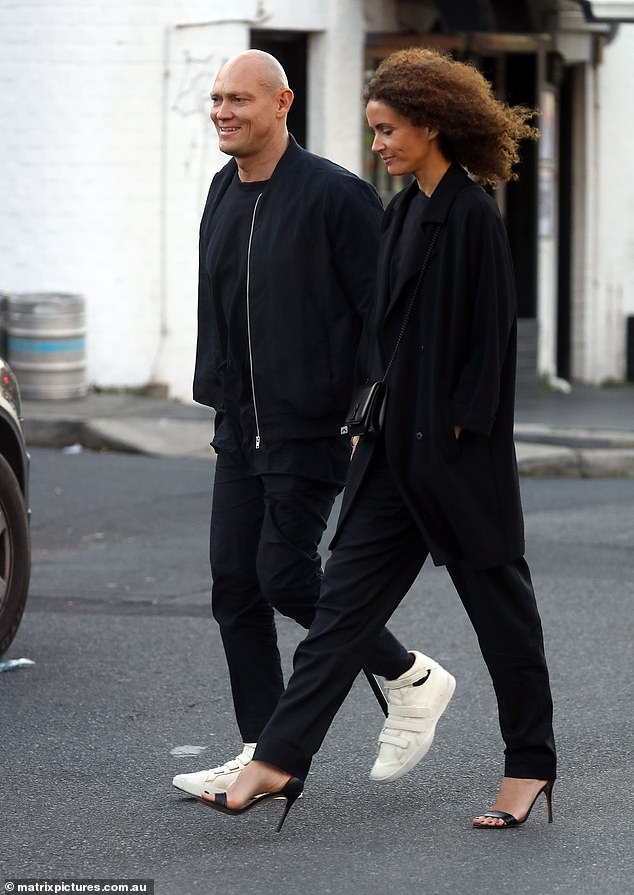 ‘I laugh about it all the time – I came all the way to Singapore to meet a girl from Mosman,’ Huegill said on the No Filter podcast.

‘My girls had met Roxy on Facetime and online, but they hadn’t met face to face. For me it was a nervous time, I can only imagine how it was for Roxy.’

Klim and Owen marked their first anniversary as a couple in August 2020, with the swimmer sharing a photo of the pair accompanied by the caption, ‘You can’t explain it, you can’t predict it, it just happens!

‘Bloody grateful you came into my life and very excited for what the future holds.’

He and Owen were all smiles as they strolled hand-in-hand through Bondi after catching up with Klim’s mates from his days making history in the pool. 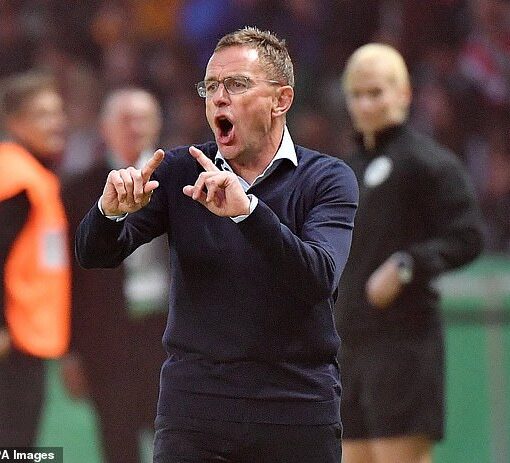 There is a video currently circulating on social media which reveals everything about Ralf Rangnick, the godfather of pressing and the man […] 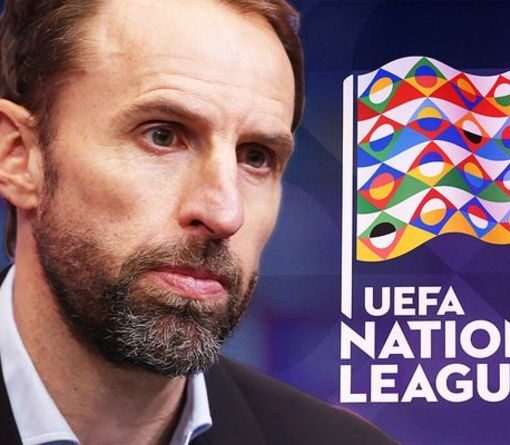 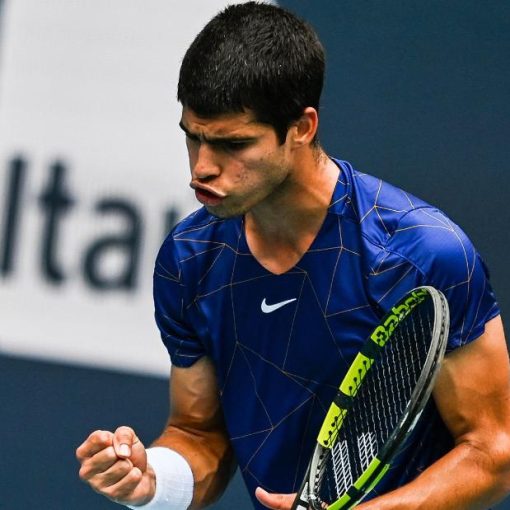 On Sunday, 18-year-old Spaniard Carlos Alcaraz won the Miami Open, beating Casper Ruud in the final to become the youngest winner of […] Ukrainian service members walk in the industrial area of the city of Sievierodonetsk, as Russia’s attack on Ukraine continues, Ukraine June 20, […]