Who is Socceroos hero Ajdin Hrustic? Everything you need to know about the qualifier hero whose stunning goal has Australia one win away from the World Cup

He was born in Melbourne and left Australian shores at the age of 15, determined to establish himself as an elite footballer in Europe.

And on Wednesday morning (AEST) at Qatar’s Ahmad Bin Ali Stadium in a must-win World Cup qualifier, Ajdin Hrustic was the hero for the Socceroos in their hard fought 2-1 victory.

The attacking midfielder, 25, rifled home a left-foot volley in the 83rd minute against the United Arab Emirates, setting up a winner takes all intercontinental play-off match versus Peru on June 15 – also in Qatar.

Those who know the qualities of the German-based number 10 weren’t surprised Hrustic stood up when it mattered, with his cultured left foot and attacking flair seeing him earn youth contracts with the likes of Nottingham Forest, Schalke and Groningen.

In 2020, he signed a professional contract with Eintracht Frankfurt and was a key figure when the Bundesliga club won the Europa League final against Rangers last month. 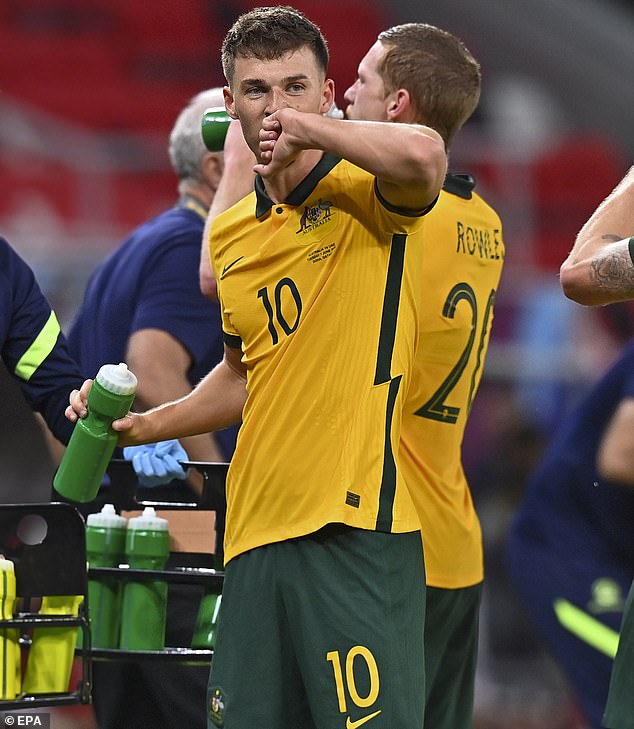 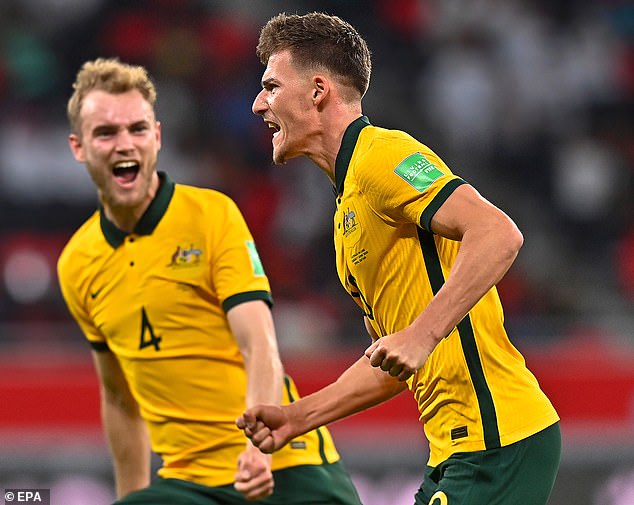 Speaking at fulltime in Doha, Hrustic was quick to stress the job is only half done for the Socceroos.

‘This result means a lot, people don’t see the hard work we do behind the scenes,’ he told Channel 10.

‘Even when they (UAE) equalised we didn’t panic, we kept pushing and in the end got the result we deserved.

‘Now we need to regroup and go again.’

Jackson Irvine scored for the Socceroos after the break, only to see Caio Canedo level proceedings moments later.

With the contest crying out for a hero, Hrustic happily obliged for Australia.

Growing up in Dandenong, Victoria with a Bosnian father and Romanian mother, Hrustic could have turned out for either nation before Australia finally came calling.

Thankfully, former Socceroos coach Ange Postecoglou ensured Hrustic would wear the green and gold on the international stage, handing him a debut in 2017 in a friendly versus Brazil. 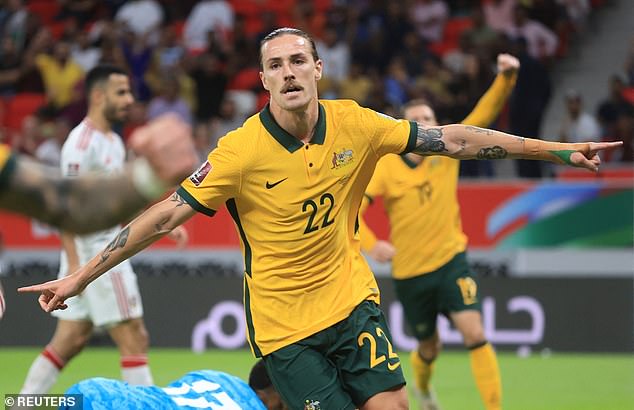 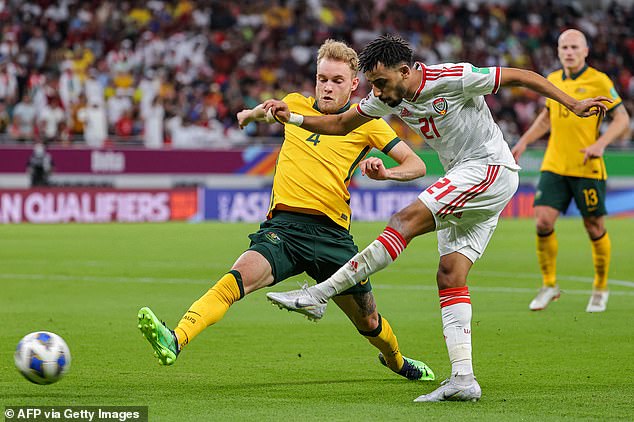 ‘Ajdin has been on our radar for a while obviously,’ Postecoglou said at the time.

‘I’ve known him for quite a long time, I coached him as an 11 or 12-year-old (in a Football Federation Victoria camp).

‘He’s technically very good and has a big future.’

Socceroos coach Graham Arnold, who has attracted plenty of criticism across the inconsistent World Cup qualifying campaign, had every reason to feel relieved at the final whistle.

Well aware his tenure would have been over if UAE had won, the former Sydney FC boss praised the character of his squad.

‘I’m not relieved…I’m proud of the boys,’ he said. ‘It just shows what we can do, we have been able to get together the past week and prepared well.

‘Credit to the UAE…but we knew they’d sit back and we didn’t want to play a game where we opened the field up too much.

‘Now we look forward to Peru.’

Somehow, West Ham are the team holding their nerve in the race to qualify for the Champions League. They saw Chelsea and […]

As the County Championship resumed for two July rounds, setting the scene for the autumnal divisional split, Devon Conway debuted like only […]