Known only as “Alexa”, the 20-year-old was born with a rare birth defect, “microtia”, that resulted in her outer ear growing to be too small and improperly formed. Microtia and anotia — a related condition in which the external ear is completely missing — originate during the first few weeks of pregnancy. Typically, both conditions do not impact the formation of the inner ear, but some babies born with anotia or microtia can have narrow or missing ear canals.

According to the US Centers for Disease Control and Prevention, microtia impacts around one in every 2,000–10,000 children.

Risk factors can include maternal diabetes or diets low in carbohydrates and folic acid.

This was then sent to the lab in Queens, New York City, accompanied by a three-dimensional scan of the young woman’s other, fully-formed ear.

Experts at 3DBio Therapeutics then worked to extract and culture from the tissue samples the so-called chondrocyte cells that are responsible for cartilage formation.

These cells were then mixed with a collagen-based “bioink” and fashioned into the shape of an ear using a special 3D printer in just ten minutes.

Shipped back to Dr Bonilla in cold storage, the “AuriNovo” implant was then placed under Alexa’s skin, just above the jawbone — forming the shape of an ear when the overlying skin was tightened around it.

The printed ear comes with a biodegradable shell which is designed to provide early support as the implant settles in and matures to assume the look and feel of a natural ear.

Dr Bonilla told the New York Times: “This is so exciting, sometimes I have to temper myself a little bit.

“If everything goes as planned, this will revolutionise the way this is done.”

At present, the expert explained, microtia reconstruction is typically accomplished by harvesting cartilage from the patient’s ribs and then carving it into an ear shape.

Dr Bonilla added: “I’ve always felt the whole microtia world has been waiting for a technology where we wouldn’t have to go into the chest, and patients would heal from one day to the next.”

The new procedure, he noted, can be conducted in just a few hours — and also does not need to be undertaken within a hospital setting.

Alexa’s surgery was undertaken as part of an early-stage clinical trial designed to evaluate the efficacy and safety of the AuriNovo implant.

In total, the trial — which is being conducted in California and Texas — is expected to enrol 11 patients.

Alexa’s ear transplant is not the only notable medical application of 3D printing this month.

Following a terror attack in the city of El’ad in early May, a man in his 30s with a severe head injury caused by an axe has been given a temporary 3D printed helmet to replace a missing section of his skull.

The helmet is allowing the man to lie down in bed without the pressure on his head causing pain until the missing skull fragment can be replaced by a permanent 3D printed implant.

Neurosurgeon Professor Sagi Har Nof of the Beilinson Hospital at the Rabin Medical Center said: “I am excited that we have the ability to help a person who has been through a terrible trauma and emerged from a murderous terrorist incident.”

A new study has identified an important regulator of hematopoeisis, the process of making new blood cells. Targeting it, the researchers noted, […]

At last, scientists have managed to grow, study and photograph a mysterious deep-sea microbe that could explain the evolutionary origin of our […] 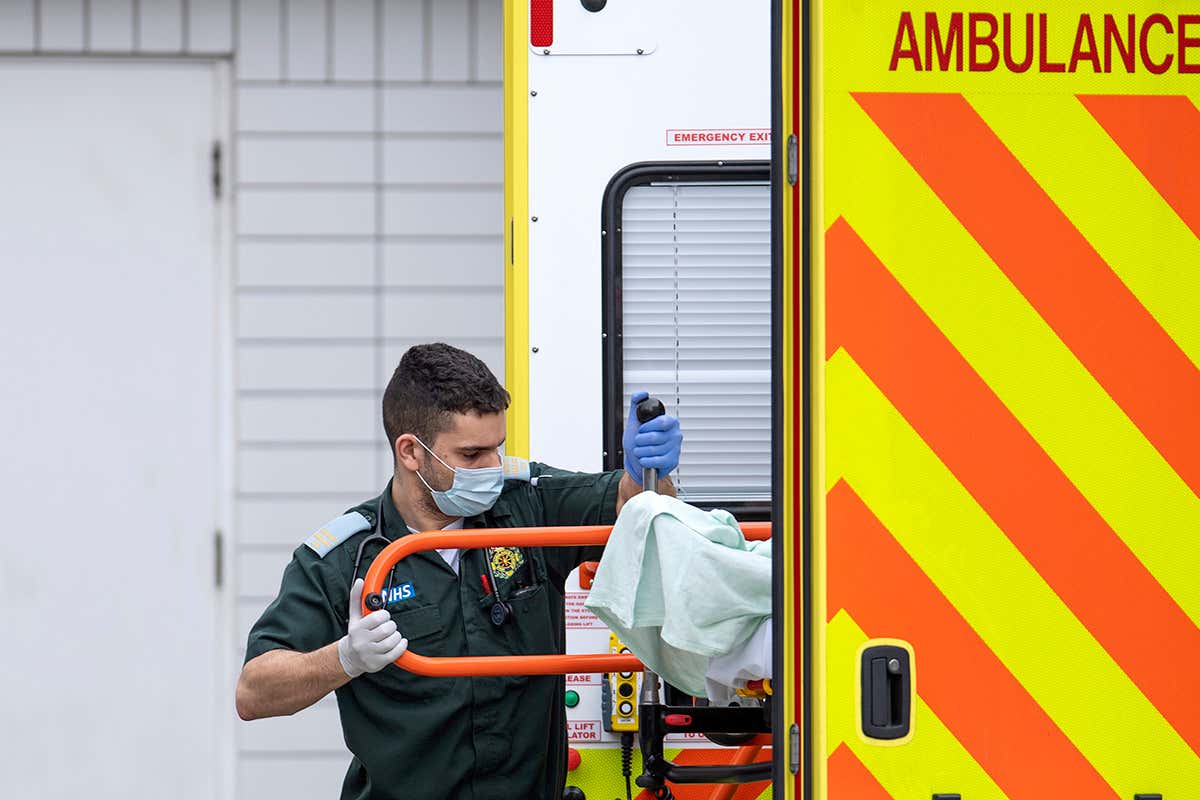 By Graham Lawton A London health care worker takes a man from an ambulance.Justin Setterfield/Getty Images We know that older people are […]

Washington (AFP) – Good news: we can help halt climate change through a massive campaign of reforestation, according to a new study […]