The UK has taken in fewer Ukrainian refugees per capita than all but one of 28 European countries, a Guardian analysis of official figures from across the continent has found.

Seven million people have fled Ukraine for other European countries since Russia invaded on 24 February, according to the United Nations high commissioner for refugees (UNHCR).

France is the only European country with a roughly equivalent per capita figure to the UK’s, with just over 57,500 arrivals as of 25 May, or nine refugees per 10,000 population – although figures from individual prefectures indicate that 93,000 have now arrived in the country, significantly more than the most recently available official figure.

Some much smaller countries by population, including Austria, the Czech Republic and Bulgaria, have admitted many more refugees in both absolute and relative terms, according to their governments. Bulgaria, for example, was the initial destination for more than 290,000 people fleeing the war, equating to 423 per 10,000 population.

The countries bordering Ukraine have, as would be expected, admitted many more still: UNHCR data shows that a combined 5 million refugees have entered Poland, Romania and Hungary. Poland has admitted the highest rate of Ukrainian refugees of any EU country, taking in 957 refugees per 10,000 population.

While it is the case that many refugees move on to other countries, and some return to Ukraine – an Austrian official indicated that as many as 80% of arrivals had not stayed – the figures highlight the restrictiveness of the UK’s schemes, applicants to which are directed to wait for visas to be granted before they travel.

The UK’s visa schemes have been widely criticised for the lengthy delays experienced by many applicants. Hundreds of Ukrainian families have chosen to withdraw their applications to come to the UK because of these delays, according to a recent Observer report.

Refugee charities have said the sponsorship scheme, called Homes for Ukraine, could be exploited by predatory hosts, though the government insists that all hosts are subject to “security and criminal checks”.

While the Guardian research only considers figures for refugees arriving in each country, the UK also fares poorly in comparison with countries that publish only the number of applications for protection or asylum. Denmark and Finland, for example, have received roughly twice as many applications as the UK visa schemes per capita.

The UK government’s two Ukraine visa schemes – one for Ukrainians with family in the UK, the other a sponsorship-based scheme – were launched in March. The website for the schemes shows that 144,000 applications had been received as of 30 May, and 120,000 visas issued. However, just over half that figure – 65,700 refugees – had arrived in the UK as of 29 May.

A Home Office spokesperson said: “65,700 Ukrainians have now arrived safely in the UK through our two new Ukraine visa schemes and others have arrived here on other types of visas which are not shown in these figures. Together, our uncapped Ukraine family scheme and Homes for Ukraine routes are amongst the fastest and biggest visa schemes in UK history. 120,200 visas have now been issued, showing the work we’ve done to speed up the process is working and improving daily.”

They added that European countries may record refugee arrivals differently and that the figures were therefore difficult to compare directly.

The extent to which Ukrainians have been uprooted by the conflict is catastrophic: the 6.8 million people who have fled the country, combined with the 8 million people displaced internally, constitutes more than a third – 36% – of Ukraine’s total population prior to the Russian invasion.

The Guardian figures represent the numbers of Ukrainian refugees arriving in the country or, where these were unavailable, the numbers who have registered as refugees or are otherwise recognised by the government as being in the country. It excludes countries that have only published figures for the number of applications by Ukrainian refugees for protection or asylum – as is the case for Denmark and Finland – and Spain, for which the only published figures date from April. 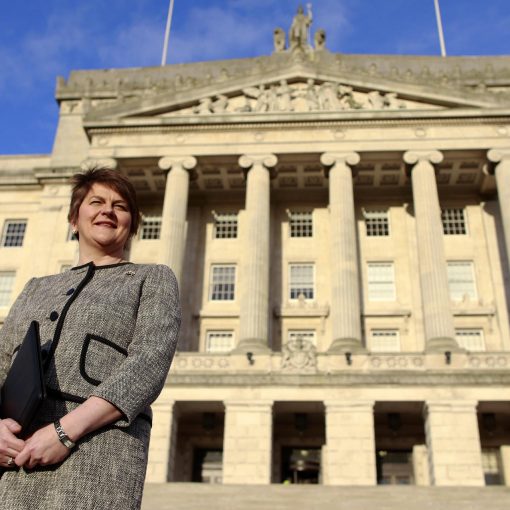