Lanza’s parents were divorced in September 2009.

A 2014 report by the Connecticut Office of the Child Advocate described Lanza as a young man with deteriorating mental health who had a fascination with mass shootings.

Weapons found at the scene were legally purchased by Nancy Lanza.

Lanza used a Bushmaster Model XM15-E2S rifle during the shooting spree. Three weapons were found next to his body; the semiautomatic .223-caliber rifle made by Bushmaster, and two handguns. An Izhmash Saiga-12, 12 gauge semi-automatic shotgun was found in his car.

December 14, 2012 – At an unknown time, 20-year-old Adam Lanza kills his mother Nancy, 52, with a .22 caliber Savage Mark II rifle. Lanza then drives his mother’s car to Sandy Hook Elementary, about five miles away.

At approximately 9:30 a.m., Lanza arrives at Sandy Hook Elementary, a school with about 700 students. The principal, Dawn Hochsprung, had installed a new security system that required every visitor to ring the front entrance’s doorbell for admittance. Lanza shoots his way through the entrance.

Hochsprung and school psychologist Mary Sherlach step out to the hall to see what is going on, and are followed by Vice Principal Natalie Hammond. Hochsprung and Sherlach are killed, and Hammond is injured.

The first 911 calls to police are made at approximately 9:30 a.m. Police and first responders arrive approximately five minutes later.

Lanza enters the classroom of substitute teacher Lauren Rousseau. Lanza kills 14 children as well as Rousseau and a teacher’s aide.

He then enters the classroom of teacher Victoria Soto. Six children in the room, as well as Soto and a teacher’s aide, are killed. Lanza dies by suicide in the same classroom, ending the rampage in less than 11 minutes.

At about 3:15 p.m., an emotional President Barack Obama gives a televised address, “We’re going to have to come together and take meaningful action to prevent more tragedies like this, regardless of the politics.” He orders flags to be flown at half-staff at the White House and other federal buildings.

December 15, 2012 – Connecticut State Police release the names of the victims: six adult women and 12 girls and eight boys, all ages six and seven.

December 16, 2012 – Obama visits with the relatives of those who were killed. He also attends an interfaith vigil. “We can’t tolerate this anymore,” he says. “These tragedies must end, and to end them we must change.”

December 17, 2012 – Connecticut Governor Dan Malloy announces a statewide moment of silence on December 21. He also requests that bells be tolled 26 times in memory of the victims.

December 18, 2012 – Newtown Superintendent of Schools Janet Robinson announces Sandy Hook students will remain out of school until January. At that time, they will be taught in a converted middle school.

January 8, 2013 – Malloy announces the names of the people who will serve on the Sandy Hook Advisory Commission, to review current policy and make recommendations on public safety, mental health and violence prevention policies.

March 2013 – A new police report reveals Lanza possessed a list of 500 of the world’s most notorious mass murderers, and was trying to rack up the greatest number of kills in history.

November 25, 2013 – Connecticut state officials release a report closing the investigation into the shooting and confirm that Lanza had no assistance and was the only shooter.
December 4, 2013 – Audio recordings of the 911 calls from Sandy Hook Elementary are released.
December 27, 2013 – The final report on the investigation into the shooting is released.
November 21, 2014 – The Connecticut Office of the Child Advocate, as directed by the State Child Fatality Review Panel, releases a report profiling Lanza’s developmental and educational history. The report notes “missed opportunities” by Lanza’s mother, the school district and multiple health care providers. It identifies “warning signs, red flags, or other lessons” that could be learned.
December 15, 2014 – The families of nine children killed, along with one teacher who survived the attack, file a wrongful death suit against the manufacturers and distributors of the Bushmaster rifle, as well as the retail store and dealer who sold the firearm used in the shooting.
March 6, 2015 – The final report of the Sandy Hook Advisory Commission is released.
December 17, 2015 – In a final agreement, 16 plaintiffs will share in a $1.5 million settlement against the estate of Nancy Lanza. The plaintiffs are from eight separate lawsuits filed in early 2015.
April 14, 2016 – A superior court judge rules that the wrongful death suit against gun manufacturers can proceed. The judge denies a motion to dismiss the case on the basis that firearms companies have limited liability when their products are used by criminals, according to a federal law passed in 2005.
October 14, 2016 – Connecticut Superior Court Judge Barbara Bellis dismisses a lawsuit that families of the Sandy Hook Elementary School shooting victims had filed against a gun manufacturer, invoking a federal statute known as PLCAA, the Protection of Lawful Commerce in Arms Act. The law prohibits lawsuits against gun manufacturers and distributors if their firearms were used in the commission of a criminal act.
November 15, 2016 – The Sandy Hook families file an appeal, asking the Connecticut Supreme Court to consider their case against the gun manufacturer.
March 14, 2019 – The Connecticut Supreme Court rules that the families of the Sandy Hook victims can go forward with their lawsuit against Remington, which makes the Bushmaster AR-15 rifle used in the shooting.
April 5, 2019 – Remington files an appeal with the US Supreme Court, asking the high court to decide on the state’s interpretation of a federal statute that grants gun manufacturers immunity from any lawsuit related to injuries that result from criminal misuse of their product.
November 12, 2019 – The US Supreme Court declines to take up the Remington appeal.
July 27, 2021 – Remington offers nearly $33 million to nine families of victims killed in the 2012 Sandy Hook Elementary School massacre in a proposed lawsuit settlement.
November 15, 2021 – The families suing InfoWars founder Alex Jones win a case against him after a judge rules that Jones, and the entities owned by him, are liable by default in the defamation case against them. Connecticut Superior Court Judge Barbara Bellis cites the defendants’ “willful noncompliance” with the discovery process as her core reasoning behind the ruling. The case stems from past claims that the 2012 mass shooting was staged. Jones has since acknowledged that the shooting was real.
February 15, 2022 – A settlement is reached between the nine families of victims killed and the now-bankrupt Remington and its four insurers, according to court records. The plaintiffs’ attorneys say the $73 million settlement also includes “thousands of pages of internal company documents that prove Remington’s wrongdoing and carry important lessons for helping to prevent future mass shootings.” 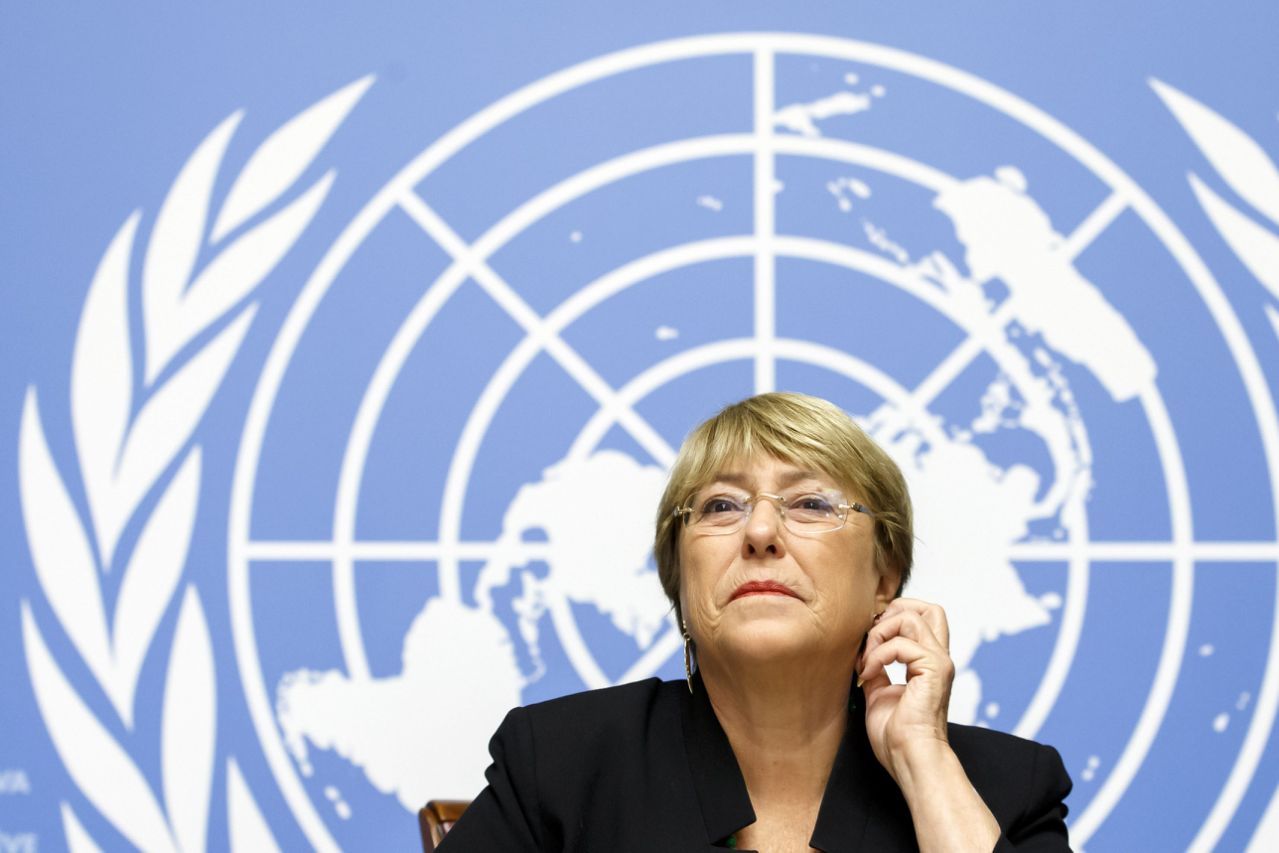 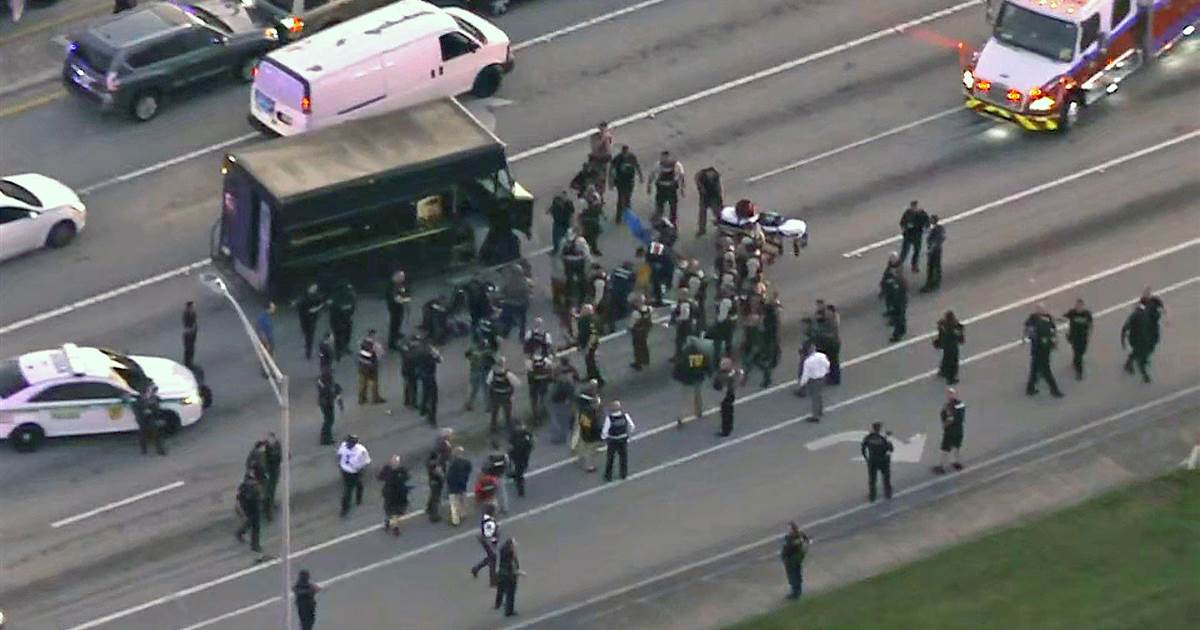 The brutal regime of young despot Kim Jong-un fired yet another missile from Pyongyang on Monday evening, this time crossing Japan’s northernmost […]