Isabella Nichols wears a tiny bit of her heart on her sleeve. Sketched in tattoo ink on her right forearm is the outline of a mini Viking ship. It’s a salute to her mormor – her Danish grandmother – her birthplace of Denmark and Viking heritage. But it is also a reminder of the warrior spirit that keeps her afloat as she seeks to establish herself among the world’s elite surfers.

“My grandma was part of a Viking club,” Nichols says. “Every morning – rain, hail or shine – all the women of the club would go down to the beach, strip naked and go for skinny dips in the ocean. Even if the ocean was frozen over, they’d use ice chisels to poke holes in the ice. She did this up until she was about 85.”

The same stoic Viking blood appears to run in Nichols’ veins. She made that clear to the world in 2021 when, as a rookie in her first year on the World Surf League’s Championship Tour, she coolly defeated seven-time world champion Stephanie Gilmore by exploiting tactical wave priority rules at the Newcastle Cup.

Nichols had priority in the semi-final’s closing minutes, and Gilmore needed a wave to win. Footage of the stony-faced rookie sitting in the water just inches from a veteran of the sport, ready to pounce on any wave that might offer Gilmore an opportunity, showcased a ruthless edge.

“It’s a professional sport, if you can get the edge over someone by all means do it. Someone’s going to do it to you if you don’t do it to them,” Nichols says.

The 24-year-old Australian from Coolum on the Sunshine Coast has otherwise remained something of a mystery character; a Billabong rider not seen “in” with social media cliques formed in other teams like Rip Curl and Roxy . It’s partly why, when Nichols was catapulted into the mainstream by winning the Margaret River Pro in May, the world was stunned by the raw, uncut emotion unleashed. It was her first win at a Championship Tour event, and the sacrifice that had gone into achieving a childhood dream spilled out in tears onto the West Australian beach.

“How did I feel? It’s hard to put into words. In surfing, you lose way more than you win,” she says. “After everything I’d been through, to win is the most surreal feeling.”

Just a week prior, Nichols had been eliminated in the second round of heats at Bells Beach. It meant she not only needed to do well at Margaret River to survive the WSL’s harsh new mid-season cut – she needed to win the event.

“The low I felt after Bells was probably as low as I’ve got. I felt this complete devastation. I was in the portable shower bawling my eyes out, crying that I was going to quit surfing,” she says.

But even Viking blood is human. Nichols and her twin sister Helena know this more than most – as children they were hospitalised when doctors discovered they live with a rare blood disorder called spherocytosis. It classifies them as immunocompromised – a scary label to carry when you qualify for the WSL Championship Tour during a global pandemic.

“I didn’t want to be the first one to get Covid, to get it and be the test case,” Nichols says, adding that she caught Covid-19 early in 2022 and had a relatively mild case.

It’s definitely a hard area to grow up in. Being a female athlete, and having your body scrutinised

Nichols’ expat Australian parents moved the family from Denmark to wave-saturated Coolum when she was two. When she was nine, her dad convinced Nichols to give surfing a go by promising bacon and egg McMuffins as a reward for keeping him company in the water.

The hungry grommet quickly became a star – winning the Australasia junior title in 2015, then claiming the World Junior Championships without dropping a heat in 2016. When she was 18, she graduated to the WSL qualifying series, a gruelling schedule of events pitting the world’s top surfers against each other to earn a place on the Championship Tour. Most athletes are only partially sponsored – if at all – and pay their own way.

“Mum would take out five interest-free credit cards and pay them off over about four years,” says Nichols. “It’s rough, there are a lot of people living penny to penny. You rely on your results and prize money to pay for the next trip.”

In case surfing didn’t pan out, Nichols managed to juggle travelling and competing with studying a mechanical engineering degree at Deakin University. Her backup plan was to quit and build wave pools if the pressure became too much; she says she came close.

Pressure to perform has in the past added a darker dimension for rising young female stars, who needed to look a certain way to appeal to sponsors. However, Nichols maintains she never felt pressure to become the stereotype of a skinny blonde surfer.

“It’s definitely a hard area to grow up in. Being a female athlete, and having your body scrutinised,” she says. “Fortunately, I had amazing role models. I watched Carissa [Moore], Johanne [Defay], Tyler [Wright] – they’re not supermodel skinny; they’re fit, athletic humans.

“I was a little skinny 57-kilo grommet, and I realised I was too skinny to perform at that athletic level – I went out and intentionally put on weight, which is backwards to what most girls are doing. I wanted quads like Carissa.”

Nichols heads into the next event of the tour – the Roxy Pro at G-land in Indonesia – ranked fourth in the world. Whether or not she has achieved her goal of thick quadricep muscles, the aggressive, driving turns she carved into wave walls at the Margaret River certainly sent surfing’s old guard a message.

It was not the easiest auditorium for the actors. The multi-faith centre was more like a corridor than a conventional theatre, so […] Rafael Nadal proved his class once again as he applauded umpire Ali Nili despite being penalised by him. Nili handed Nadal a […] 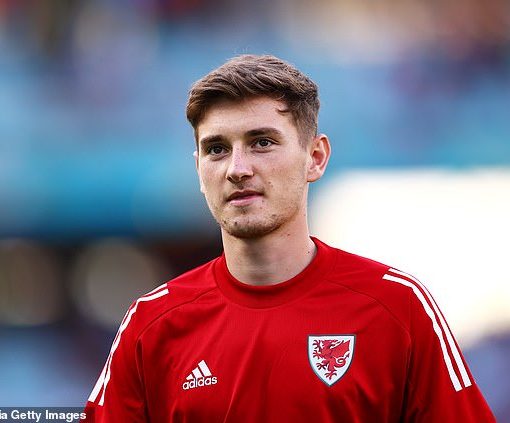 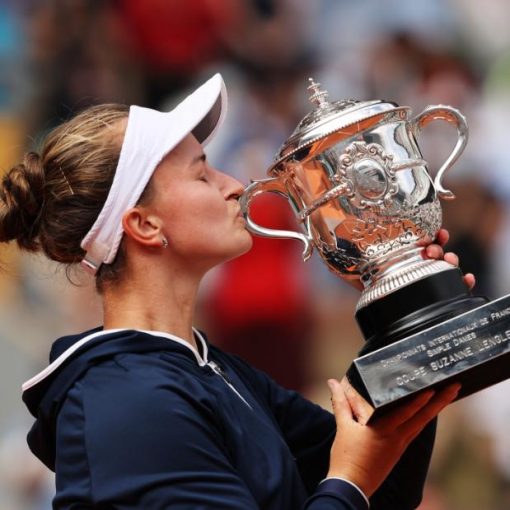 The 25-year-old, ranked outside the world’s top 100 a little over a year ago, became the first Czech player to win a […]