The gunman who slaughtered 19 kids and two teachers at a Texas elementary school reportedly exhibited increasingly bizarre behavior leading up to the rampage – including cutting up his face with knives just “for fun,” friends said.

At one point, he recounted, Ramos showed up at a park with scratch marks across his face and said he had been attacked by a cat.

“Then he told me the truth, that he’d cut up his face with knives over and over and over,” Valdez told the newspaper

The friend said he last interacted with Ramos just two hours before the attack at Robb Elementary School in Uvalde.

The two messaged on Instagram, where Valdez reshared a meme that said, “WHY TF IS SCHOOL STILL OPEN,” according to the Washington Post, which reported that Ramos replied, “Facts” and “That’s good tho right?”

But Ramos never responded to the message — or even opened it, he said.

Valdez also described how Ramos used to drive around with another pal and shoot people at random with a BB gun — and also egged people’s cars.

He said that Ramos last year posted on social media images of automatic rifles that “he would have on his wish list” – and a few days ago, he posted photos of two rifles he referred to as “my gun pics,” the paper reported.

Friends and relatives also said Ramos had been bullied throughout middle school and junior high for a speech impediment – a stutter and lisp, according to the Washington Post.

His cousin Mia said she saw students mocking his impediment during middle school, where he tried at first to ignore the bullying but then told his grandmother that he didn’t want to go back to school.

“He wasn’t very much of a social person after being bullied for the stutter,” said Mia, who declined to provide her last name. “I think he just didn’t feel comfortable anymore at school.”

Childhood friend Stephen Garcia told the paper that Ramos “would get bullied hard, like bullied by a lot of people. Over social media, over gaming, over everything.

“He was the nicest kid, the most shyest kid. He just needed to break out of his shell,” he said, adding that Ramos was once subjected to homophobic slurs after posting a photo of himself wearing black eyeliner.

Garcia said he tried to defend his friend before moving with his mother to another part of the state for her job.

“He just started being a different person. He kept getting worse and worse, and I don’t even know,” he told the paper.

Ramos soon began wearing all black, walked in large military boots and grew out his hair, according to the report.

Nadia Reyes, another high school classmate, told the paper that Ramos recently posted an Instagram story of himself yelling at his mom, who he said was trying to kick him out of their home.

“He posted videos on his Instagram where the cops were there and he’d call his mom a b—- and say she wanted to kick him out,” she told the paper. “He’d be screaming and talking to his mom really aggressively.”

Ramos’ neighbor Ruben Flores, 41, said he tried to be a kind of father figure to the troubled teen, who had “a pretty rough life with his mom.”

He told the paper he saw police at the Hood Street home, where he witnessed blowups between the two.

Flores and several other people familiar with the family said Ramos’ mother used drugs, which contributed to the trouble at home, according to the Washington Post, which said it could not reach her for comment.

Ramos moved to his grandmother’s home across town a few months ago, according to Flores, who said he last saw the grandmother Sunday when she stopped by the mom’s Hood Street property, which she also owned.

He said she told him she was in the process of evicting Ramos’ mother because of her drug issues.

Ramos allegedly shot his grandmother before heading over to Robb Elementary School in Uvalde with two assault rifles around 11:32 a.m. local time Tuesday, according to officials.

Meanwhile, new details also have been reported about Ramos’ behavior at a local Wendy’s, where he worked from 11 a.m. to 4 p.m. or 5 p.m., five days a week.

Adrian Mendes, the evening manager at the fast-food joint, told CNN that he “kept to himself mostly.”

“He felt like the quiet type, the one who doesn’t say much. He didn’t really socialize with the other employees,” Mendes said. “He just worked, got paid, and came in to get his check.”

A young woman who worked with him until March noticed an aggressive streak.

“He would be very rude towards the girls sometimes, and one of the cooks, threatening them by asking, ‘Do you know who I am?’ And he would also send inappropriate texts to the ladies,” the former co-worker told The Daily Beast on condition of anonymity.

“At the park, there’d be videos of him trying to fight people with boxing gloves. He’d take them around with him,” she said.

Meawnhile, a photo of two AR-15-style rifles appeared on an Instagram account linked to Ramos just three days before the massacre, according to CNN.

His TikTok page has only a single post of a mobile game, yet the bio under his profile image reads: “Kids be scared irl” — an acronym for “in real life.”

Just hours before the bloodbath, Ramos cryptically messaged a stranger “I’m about to.”

The Instagram account with the username “salv8dor_” contained photos of guns and selfies of himself. It was taken down after Texas Gov. Greg Abbott released his name.

The account’s single grid post features three photos — a mirror selfie of Ramos in a sweatshirt, a grainy black-and-white close-up of his face, and a first-person shot of a person holding a firearm magazine in their lap.

The same account shared a photo of two rifles laying side-by-side to its stories. The account tagged another user in the photo.

That user, @epnupues, said Ramos was a total stranger who tagged her in the gun photo and messaged her that he “got a lil secret”.

The Instagram user, who said she doesn’t live in Texas, questioned why he tagged her in the pic of the rifles and said she found it scary that he tagged her.

“You gonna repost my gun pics,” @sal8dor_ direct messaged the girl on May 12.

“what your guns gotta do with me,” she replied on Friday.

“Just wanted to tag you,” he said back.

The girl asked “about to what” to which he answered, “I’ll tell you before 11.”

He said he’d text her in an hour and urged her to respond.

“I got a lil secret I wanna tell u,” he messaged with a smiley face emoji covering its mouth. 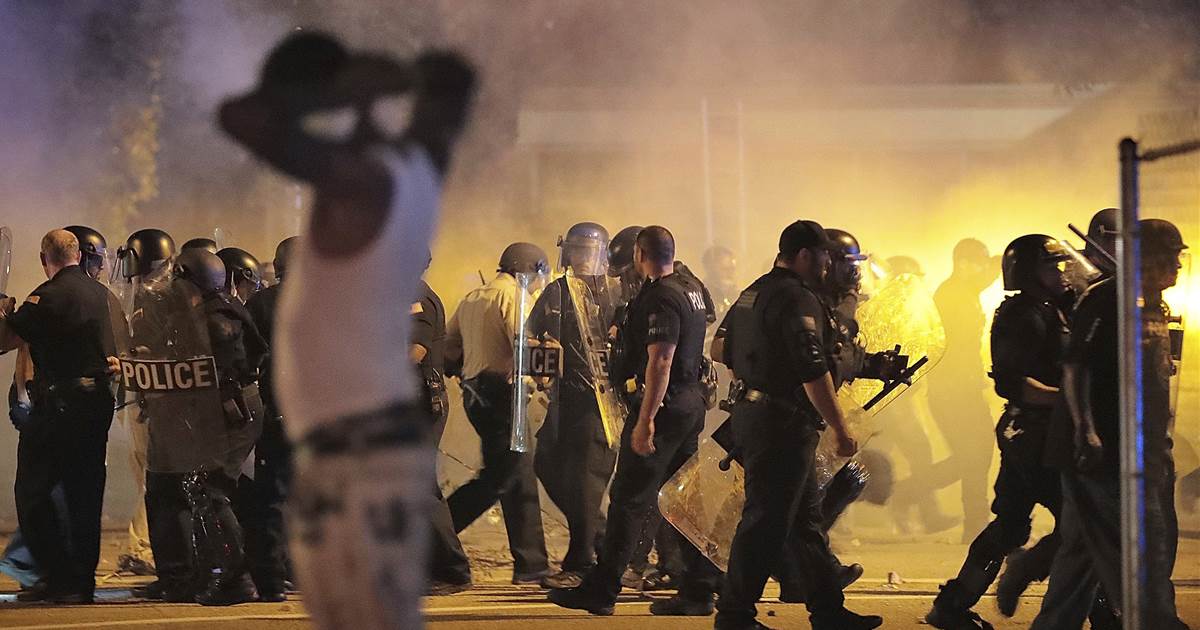 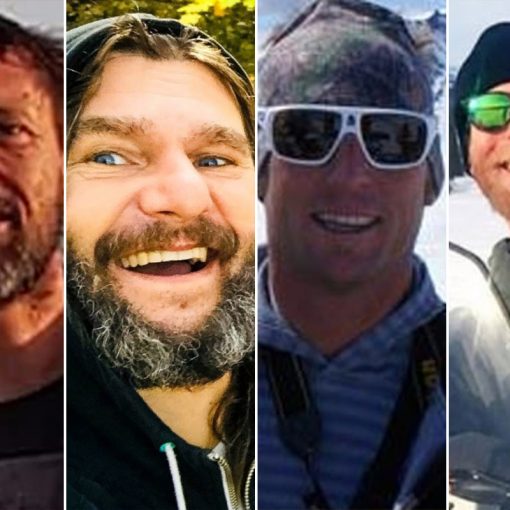 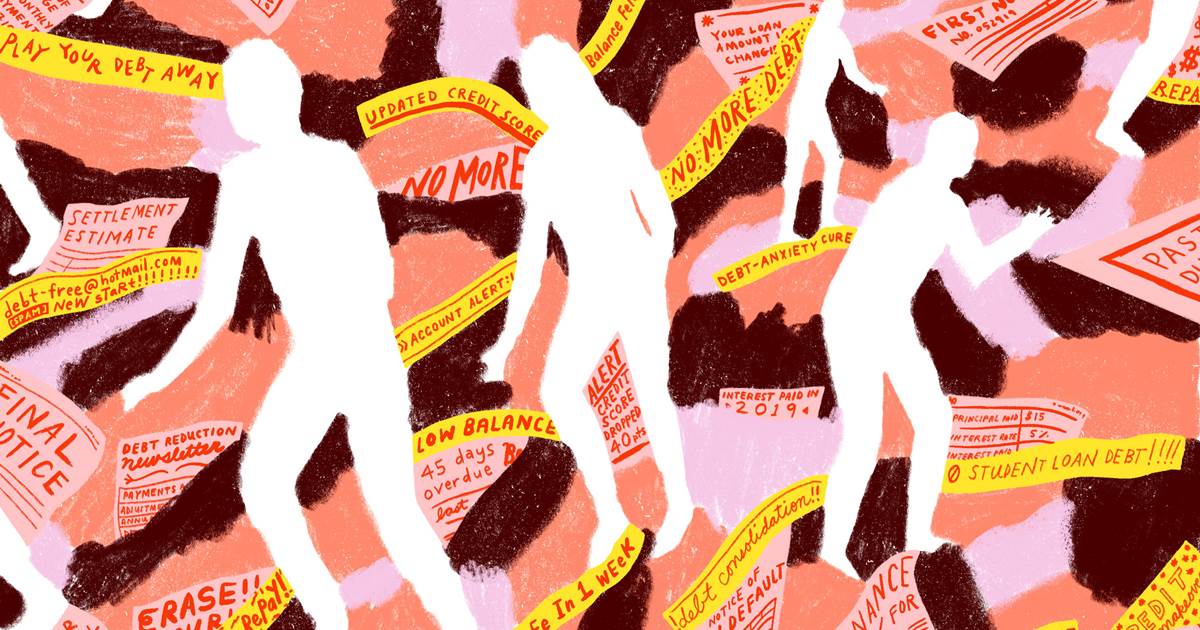 Sarah Oliver, 26, regularly sees offers from a variety of companies claiming they can alleviate her student debt. But these aren’t companies […] 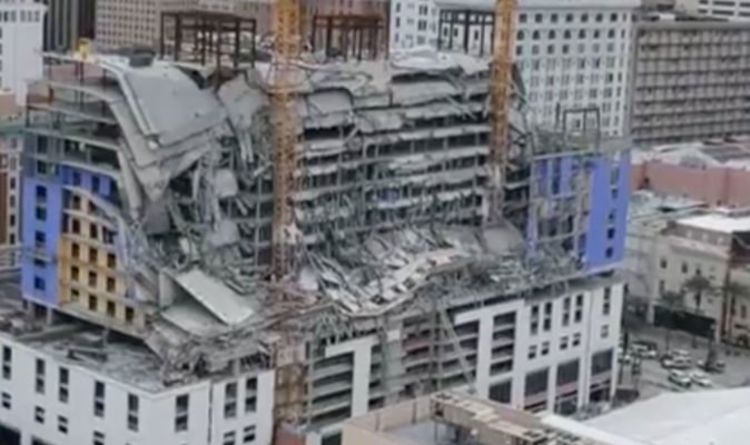 Daunting footage of the aftermath has emerged as it shows the mass debris left in the streets following the collapse. The drone […]