One of the nation’s leading public health experts has slammed the CDC’s top advisory panel over its approval of Covid booster shots for children as young as five years old – just as leading jab manufacturer Pfizer reveals plans to submit an application to give the shots to babies as young as six-months this week.

Dr Marty Makary, a public health expert from Johns Hopkins University, told DailyMaill.com that the Advisory Committee on Immunization Practices (ACIP) is a ‘kangaroo court’ full of nothing but like-minded individuals pushing what he describes as ‘low value care’.

He also said that they never have seen a vaccine they would not approve, and that others who had previously gone against the pro-jab dogma had been forced off of the panel.

The committee, which leads the Centers for Disease Control and Prevention’s (CDC) vaccine decision making, is made up of outside advisors from universities and research institutes around the country. It was convened to rule on whether children needed the additional vaccines – even when its counterpart in the Food and Drug Administration, the Vaccines and Related Biological Products Advisory Committee (VRBPAC) was not.

This is the second straight decision VRBPAC was not convened for, with the committee Makary describes as including the nation’s leading experts, also being passed on when the FDA approved fourth jabs for Americans aged 50 and older.

Last week, Covid booster shots for children aged five to 11 received approval from U.S. regulators, despite advisors who are a part of the FDA’s VRBPAC not being consulted.

Makary notes that many members of VRBPAC, including Dr Cody Meissner, Dr Paul Offit and Dr Eric Rubin, were likely to have voted no on both decisions if asked based on statements they made both before and the approval.

This criticism comes as yet another low-risk group may be added to the vaccine rotation, with Pfizer revealing data Monday showing its three-dose regimen for children six-months to four years old is 80 percent effective at preventing infection from the Omicron variant. This likely proceeds an official application submission to have the jabs approved in the coming days. 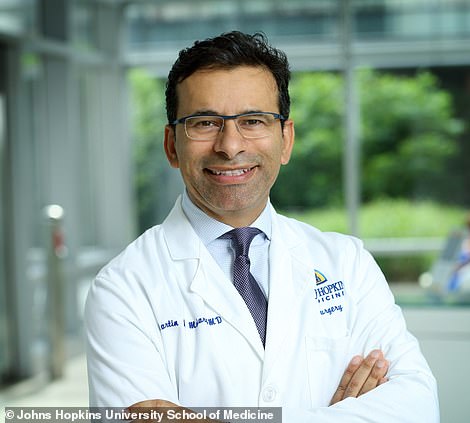 Last week, the FDA green-lighted COVID-19 vaccine booster shots for all American children aged five to 11 years old. Unlike earlier decisions, VRBPAC was not consulted on the decision. On Thursday, ACIP met, and all but one member of the panel approved distribution of the additional shots.

Makary called the ACIP panel ‘the biggest slap in the face of science we’ve seen during the pandemic,’ adding that ‘the rational… was flawed,’ for the approval.

He notes that Dr Rochelle Walensky, director of the CDC, cited multiple times last week that Covid cases are rising among the nation’s youth, though previous research unveiled by the agency finds that nearly three of every four U.S. children have already been infected – meaning they already have natural immunity to the virus.

The level of risk among children from Covid is extremely low as well, with the agency reporting that minors make up just over 1,000 of the over one million deaths the nation has suffered over the last two years of the pandemic – or around 0.1 percent of the total mortality burden.

The Johns Hopkins expert, who is also a pancreas surgeon best-selling author, also said the trial performed by Pfizer for the study did not include enough participants, with only 140 recruited. For comparison, the trials for approval for the original COVID-19 vaccine regimen approved in 2020 included over 43,000 participants. 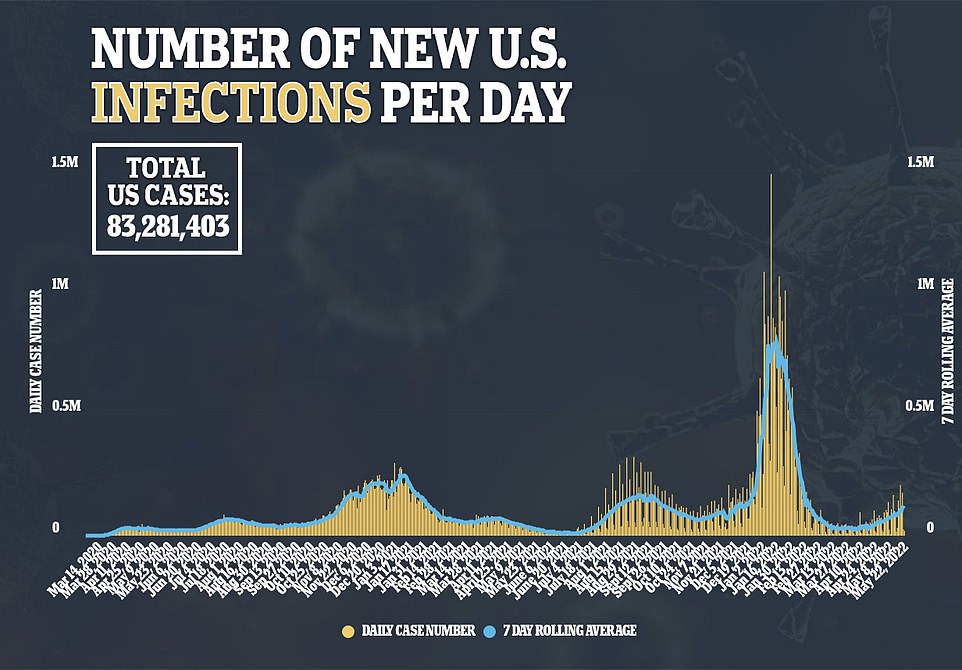 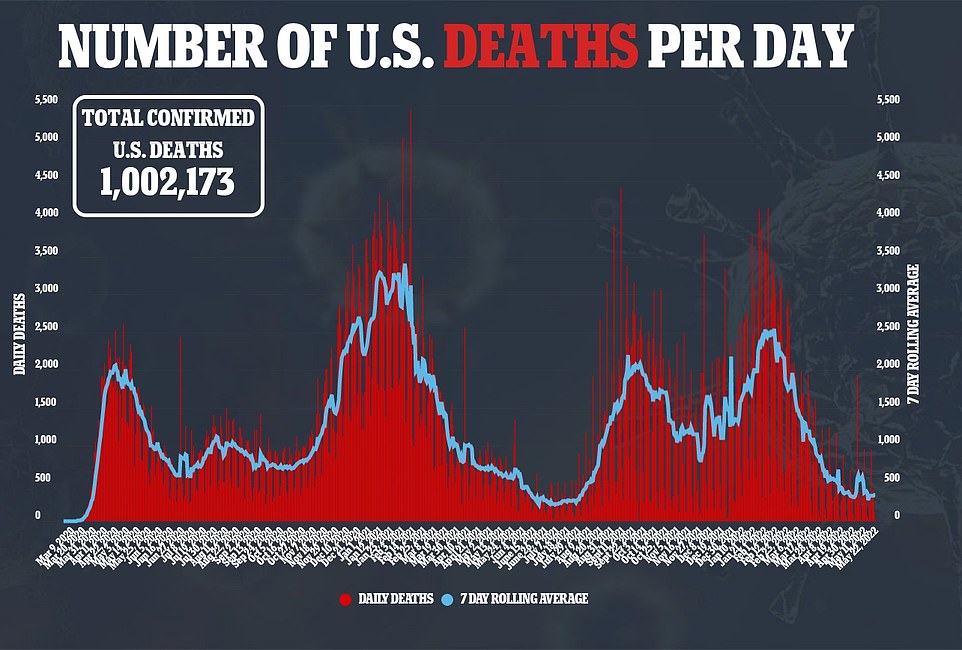 Part of ACIP’s approval included providing a ‘consistent message’ for Americans, making the receival of vaccines and boosters more simplified across age groups. This means that it is not a clinical, science-based reason, Makary notes.

‘I’ve never heard of a streamlined marketing message being a factor in choosing to strongly recommend something,’ he said.

The ultimate red flag was the skipping of VRBPAC for a second time. The committee is comprised of the nation’s top vaccine experts, and many members have not been shy to publicly disagree with FDA and CDC decisions.

When fourth doses were approved for the fourth doses, three openly spoke against the decision.

Dr Eric Rubin, editor in chief of the New England Journal of Medicine, and member of the FDA’s Vaccines and Related Biological Products Advisory Committee (VRBPAC) – which usually advises on these decisions, said last month he did not see enough data to support the need for the shots.

‘The only data that I’ve seen has been for participants followed for just a few weeks,’ Rubin told CNN last month.

‘The most important information is going to be how well a fourth dose protects highly vulnerable people against serious disease and death, and I don’t know when that will be available.’

Dr Paul Offit, also a VRBPAC member and the director of the vaccine education center at the Children’s Hospital of Philadelphia, was a critic of the rollout of the first booster dose and takes issue with this approval as well.

Dr Cody Meissner, the chief of pediatrics at Tufts Children’s Hospital and member of VRBPAC, is unsure whether the virus poses enough of a risk at the moment to make a fourth shot necessary. 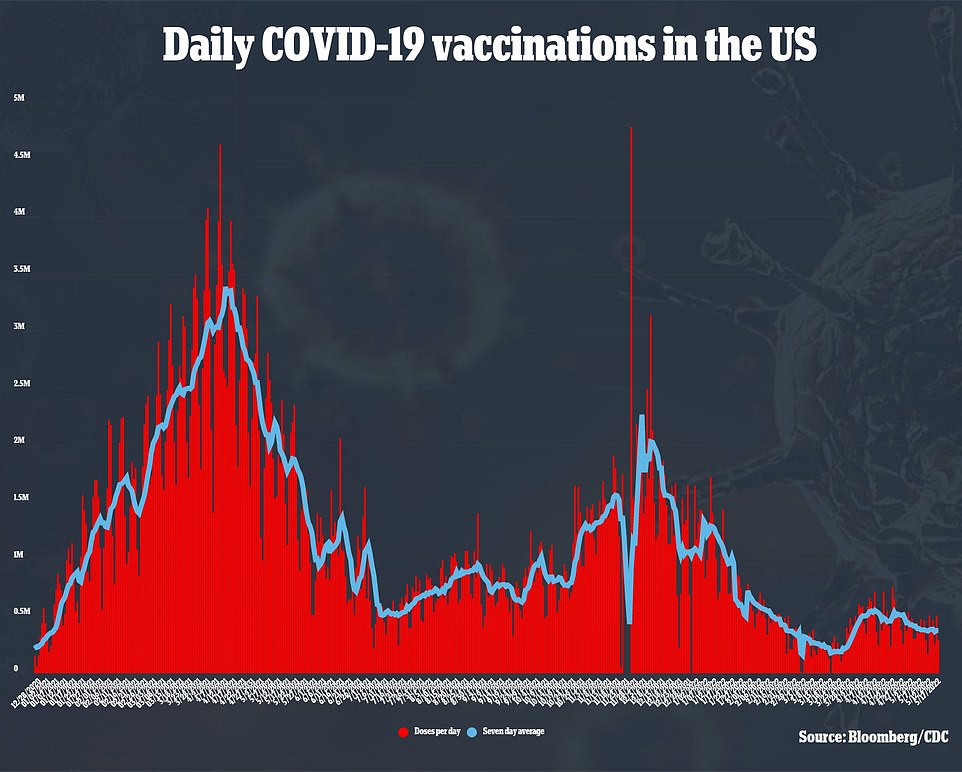 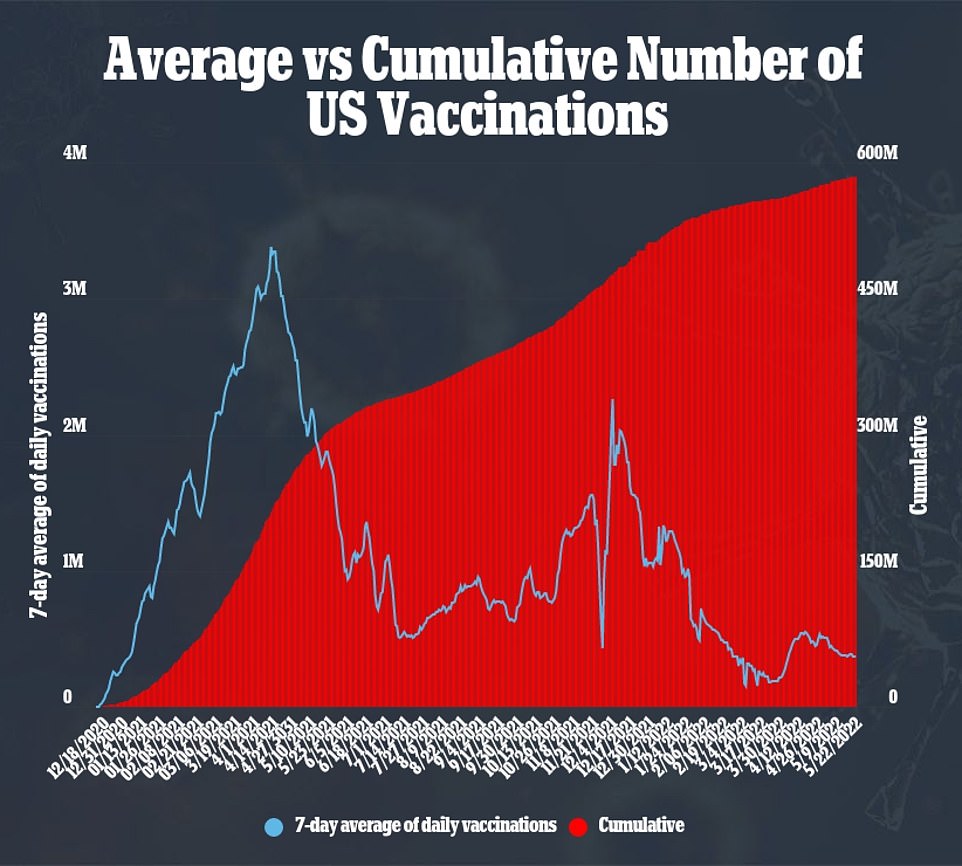 Offit and Meissner have also been vocal critics of vaccinating young children that suffer little risk from the virus. The former said earlier this year that he would not get his 17-year-old son booster, and would advise his son – who is in his 20s – not to get the additional shot either.

Meissner told the Daily Mail in February: ‘I think we’re rethinking the way we looked at this question, because even though people are appropriately vaccinated they are still able to become infected and transmit the virus to susceptible people around them.

‘So this is a little bit different than many other infectious diseases such as measles, or mumps, or rubella. If you’re protected from infection with the vaccine, then you’re not going to transmit it to other people.

‘But that’s not the same setting with [this virus].’

The experts may finally get their chance to have their opinion heard on the topic next month, the the FDA scheduling VRBPAC meeting to discuss approval of the Moderna COVID-19 vaccine from children six months old to 18, and the Pfizer jab for those under five.

The advisory meeting was scheduled in response to a new report from Pfizer showing that its vaccine – which is a joint project with the German company BioNTech – is 80 percent effective at preventing infection from the Omicron variant in children aged six months old to five.

Unlike the previous versions of the shot, the regimen for this age group comes in three doses. The shots are also only three micrograms (mg) in size – a tenth the dosage of the 30 mg shots for adults.

The New York City-based pharma giant had initially planned to make its jab for the youngest of Americans only two doses, but early results from the end of last year found that the first two doses made little impact on immunity from the virus in children aged three and four years old.

This discussion around vaccines comes at a time where cases are rising again, but the overall mortality of the virus is falling.

America is averaging 113,713 cases per day, recently eclipsing the 100,000 case per day mark for the first time since February. Deaths from the virus have fallen seven percent, though, to 348 per day. 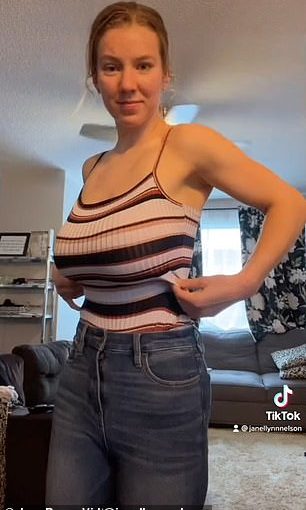 A woman whose size 28H breasts caused her to suffer from migraines, heat rashes, and numbness in her fingers has undergone a […]

A New York judge on Wednesday scheduled what could be the second state-level trial in the U.S. on the toll of opioids. […]

MADRID — Some political leaders are hailing a potential breakthrough in the fight against COVID-19: simple pin-prick blood tests or nasal swabs […] 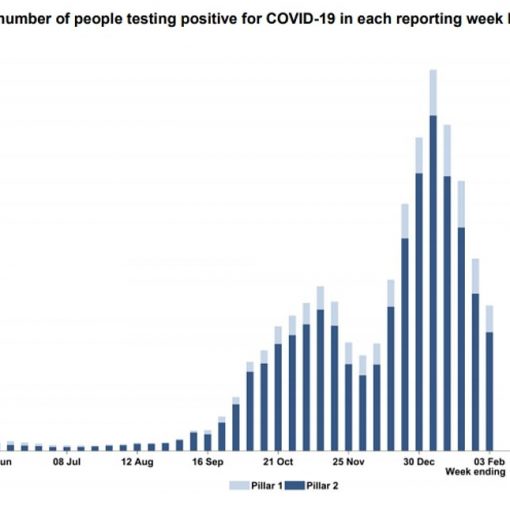