NASA is ending a year-long effort to keep its $813 million InSight lander alive on Mars.

InSight has been running on diminished power since layers of dust settled on its solar panels and stuck there. Today, it produces just one-tenth of the daily energy it generated at the start of the mission. In 2018, its battery charge was enough to run an electric oven for an hour and 40 minutes. Today, it could only run such an oven for 10 minutes, according to mission manager Kathya Zamora Garcia.

NASA previously approved funding to run InSight through December 2022, but agency officials said in a press conference on Tuesday that they expect power levels to run so low by late summer that the lander will permanently end its science operations.

“Based on our current energy level, I’m going to approximate mid-July, maybe early July,” Zamora Garcia said in the briefing. She emphasized that the timeline is unclear and depends on weather.

Since it landed on Mars in 2018, InSight’s seismometer has detected more than 1,300 Mars quakes and several thousand dust devils. The seismic waves from those quakes revealed that the Martian crust is drier and more broken up from asteroid impacts than scientists thought ⁠— more like the moon than like Earth — and has at least two sublayers. The lander also revealed that Mars has a large liquid core.

“We’ve been able to map out the inside of Mars for the very first time in history,” Bruce Banerdt, who leads the mission at NASA’s Jet Propulsion Laboratory, said in the press briefing on Tuesday.

Scientists will likely continue analyzing InSight’s data for years to come. Since a planet’s full history is encoded in its interior layers, the findings will help researchers revisit their models of how rocky planets form, and ultimately, inform the study of worlds that could host life beyond our solar system.

“This mission is really near and dear to my heart,” Banerdt said, adding, “I’ve been trying to get a seismometer on Mars for most of my career.”

Though InSight achieved its goal of studying Mars’s deep internal structure, its last year of research on the planet has been routinely interrupted by shutdowns to conserve power.

InSight will spend the year slowly shutting down

The lander’s home in an open plain called Elysium Planitia turned out to be less windy than scientists expected, which allowed the thick accumulation of dust to build up on its solar panels. There’s still a chance that a gust of wind could clean the panels and save the spacecraft, but mission leaders aren’t holding out hope.

Dust is a common pest for Mars robots. The same year that InSight landed on Mars, the Opportunity rover’s battery drained during a dust storm. It never powered back up. Earlier this month, NASA temporarily lost contact with its four-pound Mars helicopter, Ingenuity, as winter brought power-draining cold and increased the concentration of dust in the atmosphere.

InSight’s death will be more gradual than Opportunity’s. It begins in just a few weeks, when mission managers plan to move its robotic arm into “retirement pose,” Zamora Garcia said. Then they’ll shut off the science instruments one by one, finally saying goodbye to the seismometer in late summer.

After that, they think InSight will keep producing enough power to beam them a status update every day or so, along with the occasional photo from Mars. By the end of the year, they expect to completely lose the lander.

InSight’s engineering team has spent most of the lander’s mission troubleshooting.

One of the lander’s prize scientific instruments was a pile-driver called “the mole,” which was designed to burrow into the Martian crust and take the planet’s temperature. The mole immediately ran into a problem: The ground in Elysium Planitia was much tougher than NASA scientists expected. Instead of flowing around the mole’s outer hull, providing friction for it to keep hammering deeper, the dirt stayed firm. The mole was supposed to dig 10 feet, but it got stuck just two or three centimeters below the surface.

NASA’s team tried to solve the issue for two years, beaming new software to InSight to teach its robotic arm maneuvers to assist the mole, and anxiously waiting for photos that might show progress. Instead, the mole popped out of its hole.

Eventually, the InSight team ran out of options. At the same time, the lander was running low on power. There wasn’t much energy to spare on experimental burrowing attempts. They made the tough decision to abandon their mole.

“That was probably the biggest disappointment of the mission,” Banerdt said.

After that, NASA’s engineers could only buy time for their lander. The team first tried instructing InSight to shake the solar panels, but that didn’t remove the dust.

Then they instructed the robot to scoop up dirt and slowly trickle it next to the solar panels. The thinking was that some of the large grains of sand would get caught in the wind, bounce off the solar panels, and take some stubborn dust with them.

It worked — a little. The first attempt added about 30 watt-hours to daily energy production. The team conducted six of these dirt-trickling operations, which generated enough power to keep running the seismometer regularly.

A few months after losing its mole, in 2021, InSight engineers began hibernating the lander for the winter. NASA slowly shut down the lander’s science instruments to conserve its energy through the cold months, when Mars swung far from the sun, diminishing InSight’s power supply even further.

At the time, Banerdt told NASA’s Mars Exploration Program Analysis Group that the lander’s mission was likely to end soon after the onset of the following Martian winter, in April 2022.

InSight resumed its science operations long enough to detect its biggest quakes yet — three temblors reaching 4.2 magnitude — and then an even bigger 5-magnitude quake on May 4.

“This quake is really going to be a treasure trove of scientific information when we get our teeth into it,” Banerdt said.

Just three days later, on May 7, InSight’s power supply fell below a level that triggers its safety mode, suspending non-essential functions, including science activities, for the second time this year.

Banerdt’s team will spend the next few months conserving the lander’s power and collecting as much data as possible.

“Before InSight, the interior of Mars was kind of just a big question mark,” Banerdt said, adding, “Now we can actually draw a quantitatively precise picture of the inside of Mars.”

This week, researchers made a breakthrough discovery in Pompeii after finding the remains of a man believed to date back to the final […] 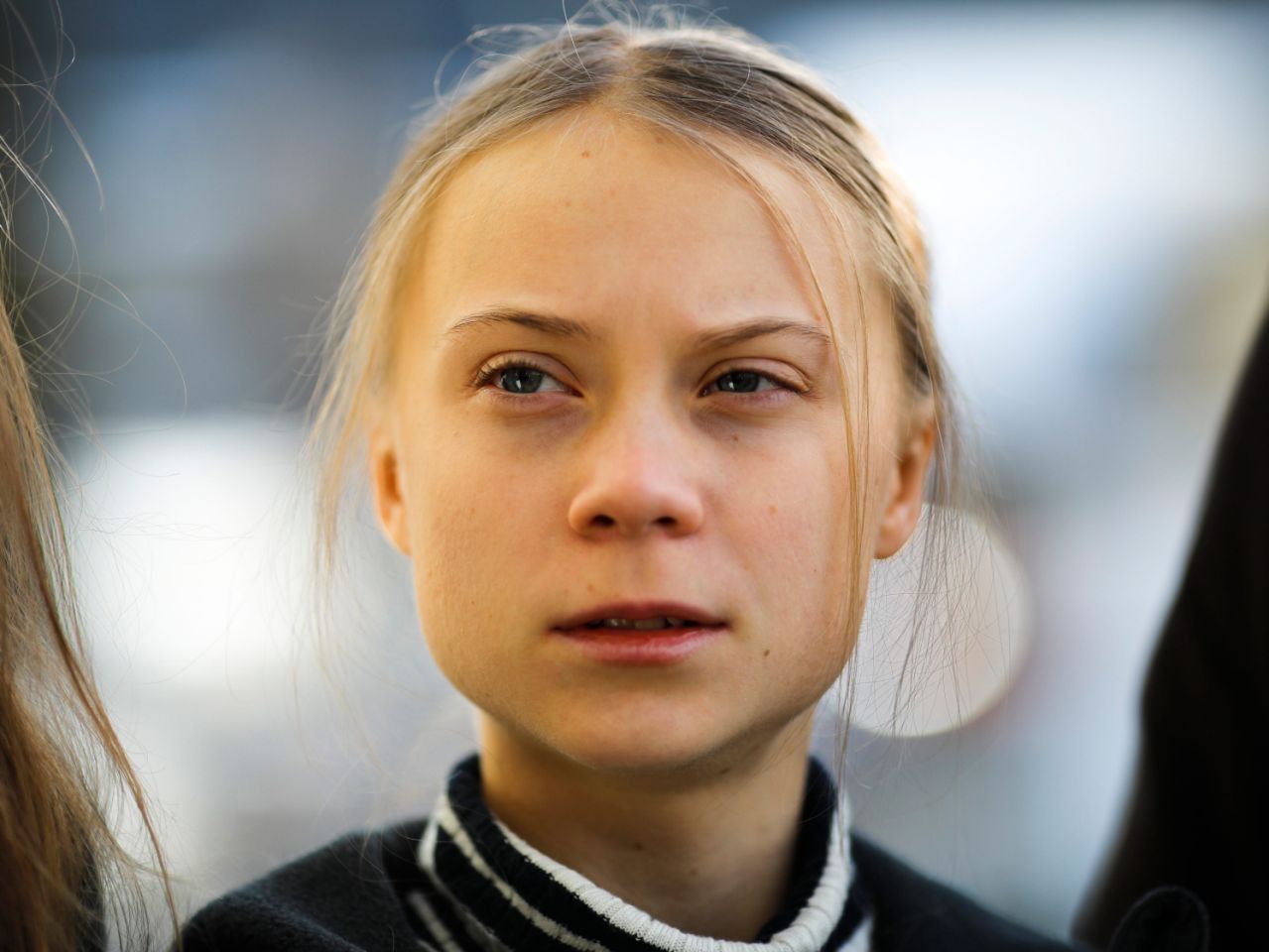 Swedish climate activist Greta Thunberg poses for media as she arrives for a news conference in Davos, Switzerland, Friday, Jan. 24, 2020. […] 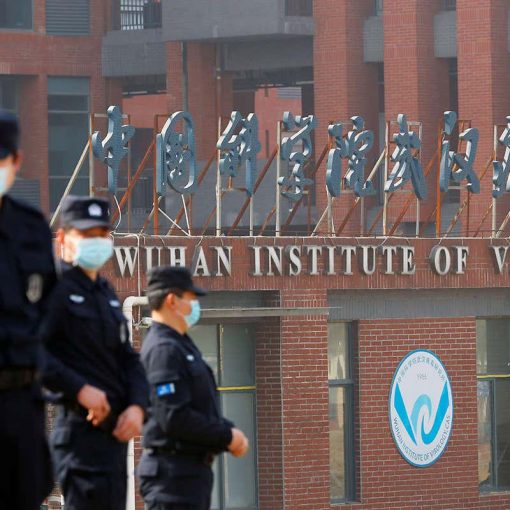