Pennsylvania Lt. Gov. John Fetterman, recovering from a stroke he suffered in the final days of his campaign, has won his state’s Democratic nomination for Senate, NBC News projects.

The highly competitive Republican primaries for Senate and governor are too early to call.

Meanwhile, in North Carolina’s Senate race, Rep. Ted Budd, who was endorsed by former President Donald Trump, has won the GOP primary and will face Cheri Beasley, the former chief justice of the state Supreme Court, in the general election, NBC News projects.

The contests in both states are among a slate of Tuesday primaries.

After months of vitriol and tens of millions of dollars worth of TV ads, Pennsylvania’s primaries for Senate and governor promise further clues about the future of Trump and the Republican Party

In the battle there to succeed retiring Republican Sen. Pat Toomey, Trump-backed Mehmet Oz, a celebrity physician known from his nationally syndicated daytime talk show, is locked in a three-way fight for the GOP nomination. He and former hedge fund manager Dave McCormick have bombarded the state’s airwaves with commercials. But polls have shown Kathy Barnette — a conservative commentator who has spent far less money and would be the first woman and Black candidate to win a Senate seat in Pennsylvania — surging late.

In the GOP race for governor, state Sen. Doug Mastriano has led in recent polls, while former U.S. Rep. Lou Barletta has attempted to consolidate support among Republicans who worry that Mastriano is too extreme to be elected this fall. Trump, however, weighed in Saturday with a last-minute endorsement of Mastriano.

Mastriano and Barnette, who have campaigned as a tandem, represent the party’s far-right flank. Both traveled to Washington on Jan. 6, 2021, to protest President Joe Biden’s 2020 election victory over Trump. Both also have denied that they participated in the violent riot that breached the Capitol that day.

“I feel about Jan. 6 the way the left feels about the summer of 2020, when you have Black Lives Matter and antifa and other groups out there looting and robbing and and everyone was calling it mostly peaceful protests,” Barnette told NBC News in an interview this week.

There was less suspense on the Democratic side. In the Senate primary, Fetterman had held a sizable lead in polls, though he was absent from the campaign trail in the closing days after suffering a stroke.

“We feel very good about today,” Fetterman’s wife Gisele said after voting in their hometown of Braddock on Tuesday morning. “I think he will get to celebrate soon.”

“This is the seat that could decide very much the future of our country and where we go on issues that he’s worked so hard on for the last two decades,” she said. “So it’s a very important seat. It’s very serious.”

State Attorney General Josh Shapiro is unopposed in his bid for the Democratic nomination for governor. Democratic Gov. Tom Wolf is term-limited.

Shapiro, who was scheduled to host an election night rally in Johnstown, tweeted Tuesday morning that he had tested positive for Covid and would isolate before returning to the campaign trail next week.

The GOP Senate primary in North Carolina, where Republican incumbent Richard Burr is retiring, had particularly high stakes. Trump endorsed Budd over former Gov. Pat McCrory. Budd also had the backing of the Club for Growth, a big-spending conservative group that split with Trump in this month’s rowdy Senate primary in Ohio as well as in Pennsylvania, where the group is behind Barnette.

Also in North Carolina, first-term Rep. Madison Cawthorn faces a tough GOP primary that could derail a career that once seemed in sync with Trumpism. He’s enraged congressional colleagues by accusing them of hedonistic behavior. He’s puzzled others by calling Ukrainian President Volodymyr Zelenskyy “a thug.” And several recent photos and videos have surfaced — in one Cawthorn is seen naked, gyrating on top of another man — that could wound him politically.

In Idaho, Republican Gov. Brad Little has signed strict anti-abortion and anti-transgender measures into law, but is nonetheless facing a Trump-backed primary challenge from his own lieutenant governor, Janice McGeachin, who has courted the far-right and been in a more or less open war with Little for years.

In a crowded primary for the 6th Congressional District, a PAC linked to a cryptocurrency billionaire has spent $10.5 million — a virtually unheard-of sum, making it by far the most expensive House race of the cycle so far, according to Open Secrets. And in the neighboring 7th District, national Democrats are backing moderate Rep. Kurt Schrader while the local party is supporting progressive challenger Jamie McLeod-Skinner, arguing Schrader is not a real incumbent since the heavily redrawn district is now composed mostly of new voters.

But it’s Pennsylvania — with its chaotic and Trumpy primaries and swing-state status — that is commanding most of the national attention. The Senate race is expected to be one of the most expensive in the battle for control of the chamber this fall. The two parties have a 50/50 split in the chamber, with Vice President Kamala Harris serving as a tie-breaking vote for Democrats.

Trump inserted himself into the Senate race there early, endorsing Sean Parnell, an Army veteran and unsuccessful congressional candidate in 2020. But Parnell dropped out last fall after losing a child custody dispute that included allegations — which he denied — of abuse.

Oz and McCormick quickly jumped into the race. And McCormick, whose hedge fund history clashed with Trump’s economic nationalism and anti-China rhetoric, quickly surrounded himself with high-level veterans of the former president’s White House administration and campaigns. McCormick’s wife, Dina Powell, served in the Trump administration and was featured prominently in her husband’s campaign ads. Oz’s dual citizenship in Turkey and the occasionally liberal positions he advanced before entering politics became fodder for McCormick and other rivals. Oz has vowed to renounce his Turkish citizenship if he wins the Senate race. And he had two influential champions who helped him score Trump’s endorsement: former first lady Melania Trump and Fox News host Sean Hannity.

Barnette, meanwhile, was perhaps best known for an unsuccessful 2020 congressional bid in the Philadelphia suburbs — a landslide loss that she baselessly attributed to voter fraud.

She stood out, though, at candidate forums and debates, earning free media coverage that offset the fact that Oz and McCormick were outspending her exponentially on TV. And Barnette’s personal story — she speaks often about how she was conceived when her mother, then 11 years old, was raped — has resonated on the right at a time when the U.S. Supreme Court might soon overturn the constitutional right to an abortion.

On the Democratic side, the populist Fetterman had long outpolled centrist U.S. Rep. Conor Lamb and State Rep. Malcolm Kenyatta, who would have been the state’s first openly gay and first Black senator. Fetterman has built a national profile through his support for legal marijuana and LGBTQ rights while eschewing labels like “progressive” and pushing back on comparisons with Sen. Bernie Sanders, I-Vt., the democratic socialist he has aligned with in the past.

Lamb and Kenyatta both criticized Fetterman for a 2013 incident in which he pulled a shotgun on a Black jogger after hearing what he thought was gunfire and detaining the man until police arrived. Fetterman, who is white and was mayor of the Pittsburgh-area borough of Braddock at the time, has said he couldn’t tell the man’s race at the time. The jogger was unarmed.

The attacks from Lamb and Kenyatta did not harm Fetterman in a primary that polls showed him leading from the start. 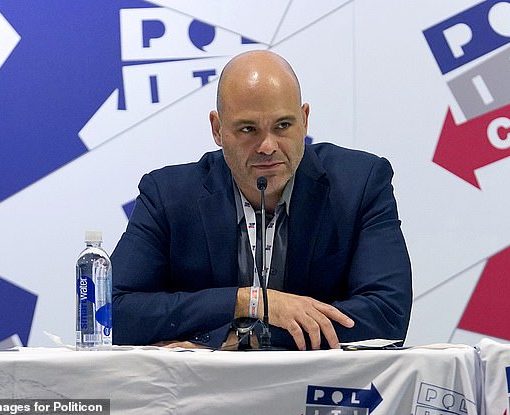 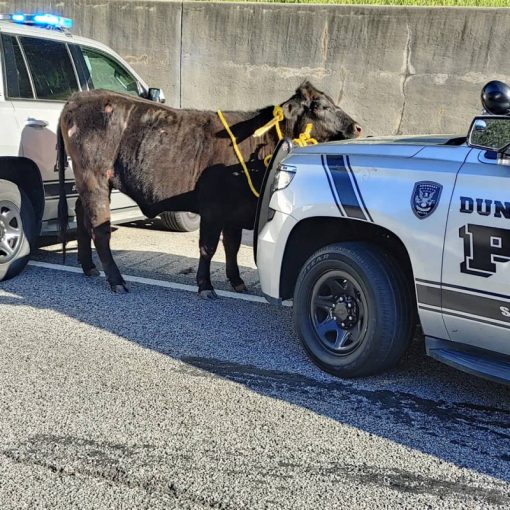 Moo-ve over. A rogue cow that fell off a livestock trailer on an Atlanta-area interstate on Saturday caused a traffic jam as […] 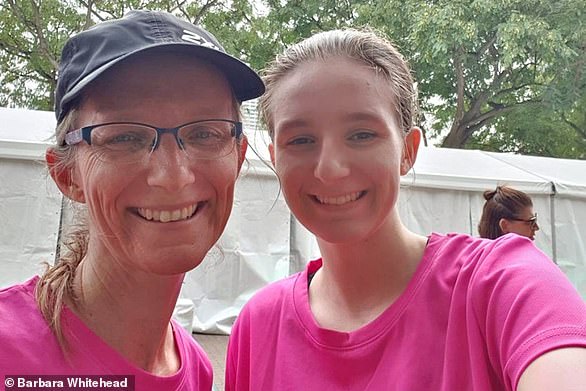 24 Australians were among 47 tourists on New Zealand’s White Island when it erupted.    THE DEAD:  Julie Richards, 47, and her daughter […] 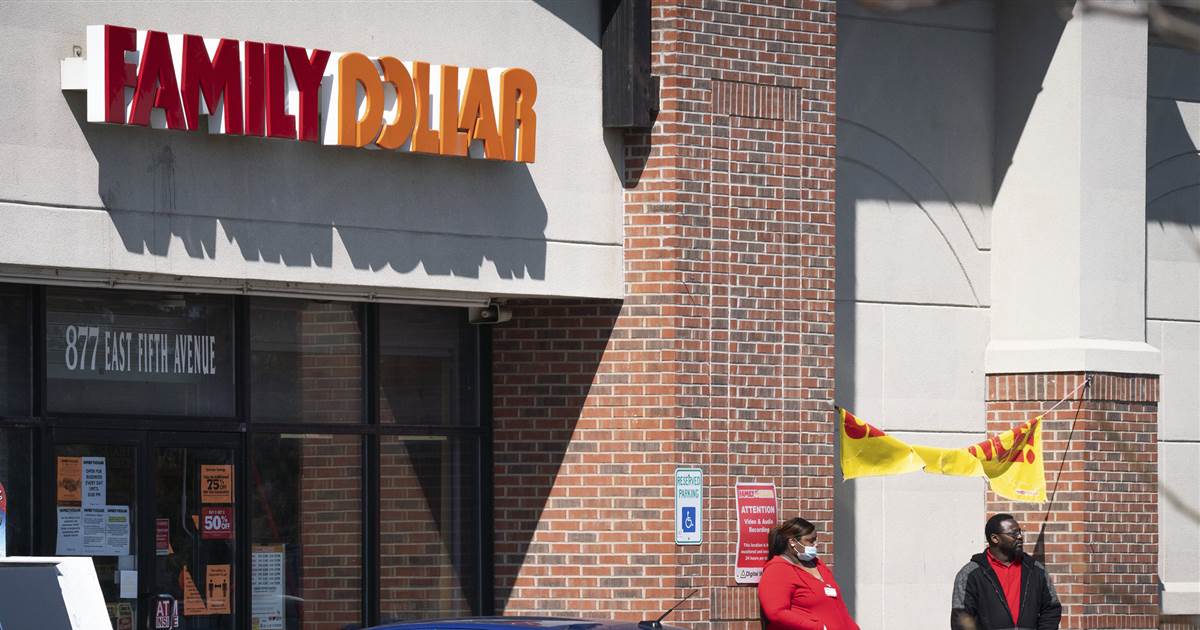 Two suspects in the fatal shooting of a Flint, Michigan, security guard after an argument about a face mask requirement for shoppers […]