The Mets’ road to splitsville Tuesday featured an oddity for this team that has thrived on fundamentally solid play this season.

At the root of the Mets’ 4-3 loss to the Cardinals in the nightcap of a doubleheader were defensive lapses in the ninth inning. Most notably Eduardo Escobar momentarily bobbled Tyler O’Neill’s grounder that should have been the final out, but instead became a go-ahead RBI single.

The Mets rallied in the bottom of the inning, but Francisco Lindor struck out against Giovanny Gallegos with the tying and go-ahead runs at second and first base, respectively, to end it.

In the first game, Trevor Williams fired four scoreless innings as Tylor Megill’s rotation replacement in leading a 3-1 victory. The Mets have played four doubleheaders this season and swept two of them, splitting the other two.

Jeff McNeil slapped an eighth-inning RBI single in the nightcap that tied it 3-3 after the Mets had extended the frame on Andrew Knizner’s passed ball. Escobar swung and missed for strike three — what should have been the final out — but the pitch eluded Knizner, allowing Escobar to reach first base. McNeil’s ensuing single brought in Lindor, who had started the rally with a walk.

Steven Matz — who spurned the Mets’ offer last offseason to return — pitched in Queens for the second time since leaving the organization in a trade. Last year that appearance came with the Blue Jays.

On this night he allowed solo homers to Mark Canha and Escobar over five innings and departed with the Cardinals ahead 3-2.

Adonis Medina, recalled from Syracuse as the 27th player for the doubleheader, gave the Mets a chance by firing 2 ²/₃ scoreless innings in relief.

Taijuan Walker slogged through five innings for the Mets, surrendering three earned runs on seven hits and two walks. It followed a seven-inning shutout the right-hander threw against the Nationals last week.

Williams, in his second start of the season, allowed four hits with six strikeouts over 65 pitches in Game 1. In his previous start this season he got jumped by the Diamondbacks over two innings, allowing four runs.

“I’m happy to contribute, I know this is what my job is, to save the bullpen,” Williams said.

“Learning this new role has been a fun challenge for me,” Williams said. “I’ve had a lot of guys in my corner and I have reached out to guys around the league who have been in this role before, knowing what to do: not starting anymore and kind of like preparing and staying ready to pitch every day.”

Williams credited backup catcher Patrick Mazeika, who started his second game since James McCann was placed on the injured list with a fractured hamate bone in his wrist, for keeping him steady.

“The pitchers are familiar with [Mazeika] and the guys that aren’t are feeding off what guys are telling them too,” manager Buck Showalter said.

McNeil and Dominic Smith each delivered an RBI double in the third inning that extended the Mets’ lead to 3-0. Lindor reached on Brendan Donovan’s error to begin the inning, leaving one run unearned for Miles Mikolas.

The Mets loaded the bases to begin the second against Mikolas and scored a run on Travis Jankowski’s RBI fielder’s choice.

Jake Reed replaced Williams for the fifth and walked two batters, but escaped without allowing a run by striking out Paul Goldschmidt and retiring Nolan Arenado. Reed returned to work a perfect sixth inning. Seth Lugo worked a perfect seventh before Drew Smith allowed a solo homer to Goldschmidt in the eighth and Edwin Diaz pitched the ninth.

For Smith it was a third straight appearance allowing a run after starting the season with 13 ¹/₃ scoreless innings over 12 outings. Diaz allowed a single and walk in the ninth before striking out Harrison Bader to end it. The strikeout was Diaz’s third of the inning.

“Later in the year I probably would have pitched [Diaz] in the eighth inning instead of the ninth,” Showalter said — the Cardinals sent the top of the order up in the eighth. “There were a couple of things there [in the ninth], but he keeps grinding and keeps working … but it doesn’t go unnoticed, Edwin has been instrumental in the job we have done early on.”

Before each at-bat Arenado was booed for his role in an April 27 benches clearing incident in St. Louis that involved the Mets. In that game, Yoan Lopez threw high-and-inside to Arenado, who started toward the mound. After the benches emptied and shoves were exchanged by the teams, Pete Alonso was tackled from behind by Cardinals first-base coach Stubby Clapp. 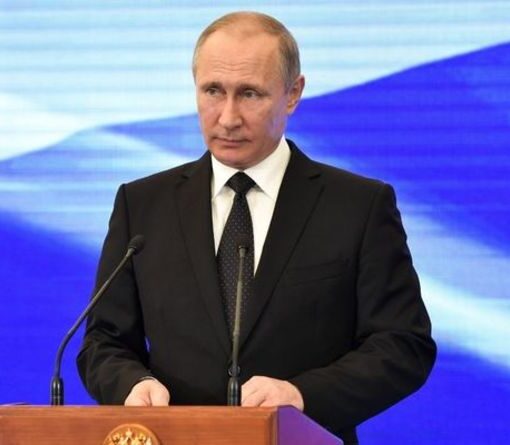 Attending a joint press conference with NATO Secretary-General Jens Stoltenberg, during a visit to alliance headquarters in Brussels on Thursday, President Duda […] 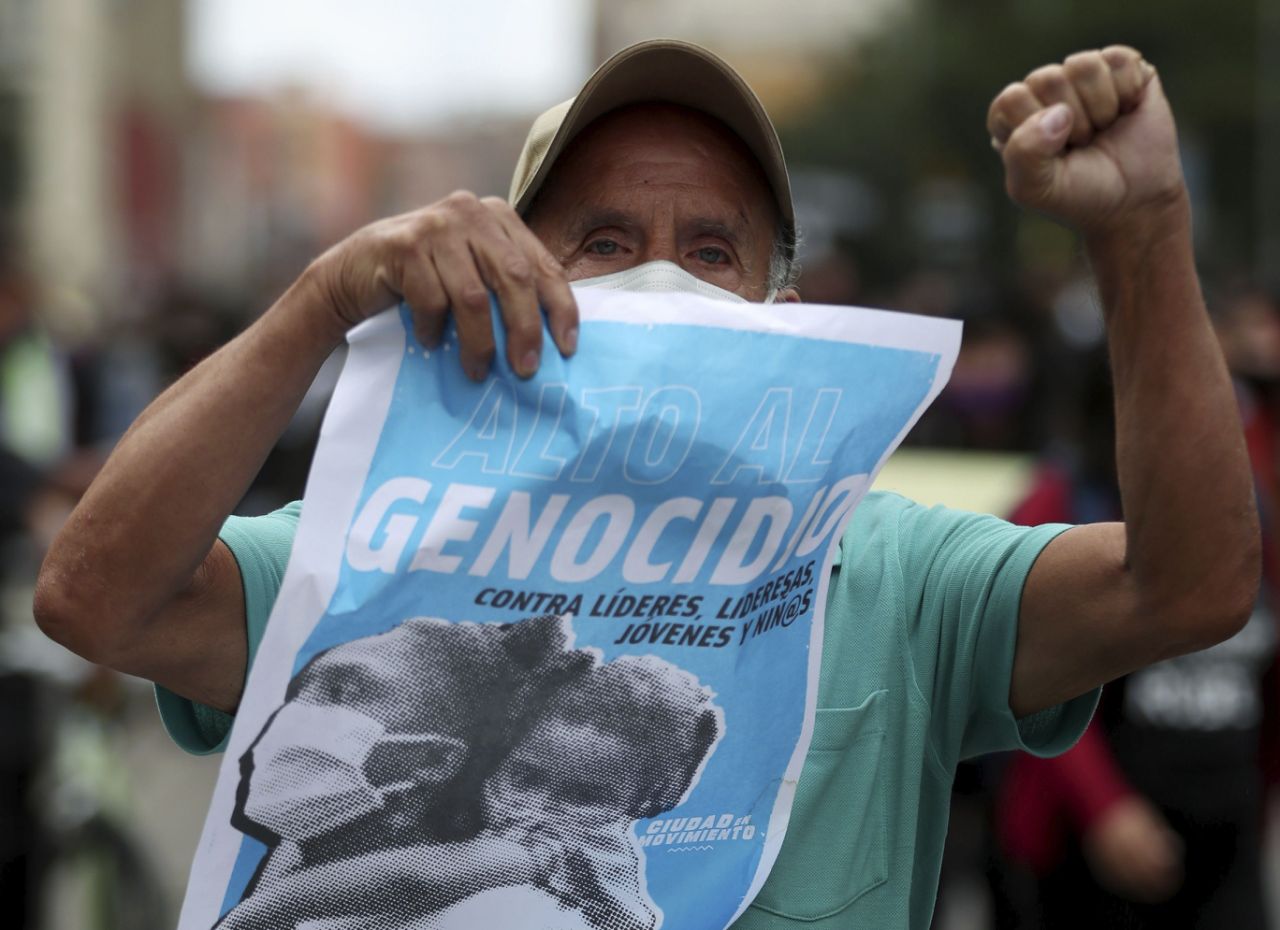 UNITED NATIONS (AP) — The U.N. envoy for Colombia called Wednesday for improved protection for former combatants who continue to be killed […] 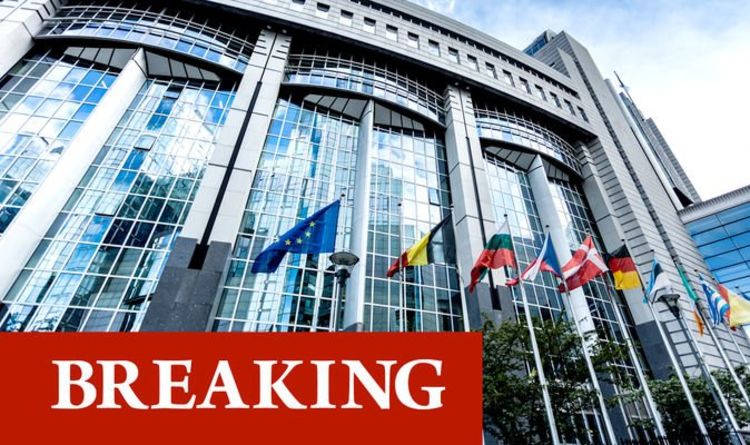 Next week’s plenary session will instead be held in the Belgian capital, Brussels. The closure comes after the British government said it […]