‘Respect the champions’: Celtic defender Carl Starfelt hits back at Rangers fans after he and team-mate Jota are trolled on a flight – as rival supporters descend upon Seville ahead of Europa League final

The season may be over for Celtic’s stars but that hasn’t stopped some of them copping flak from their arch-rival’s fanbase.

Celtic ended their campaign in style on Saturday with a thumping 6-0 win over Motherwell as they regained the Scottish title from Rangers by four points.

And with the players now free to enjoy their summer break duo Carl Starfelt and Jota chose to head to Portugal for a well-earned break. 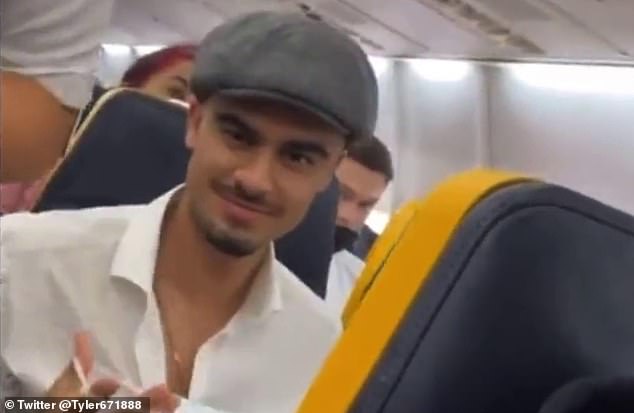 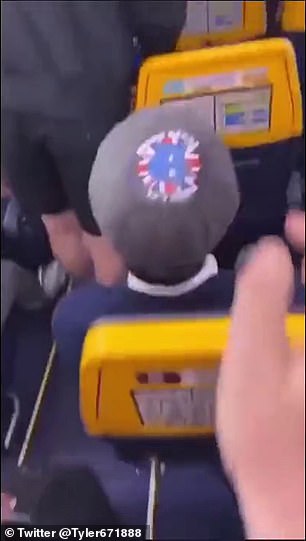 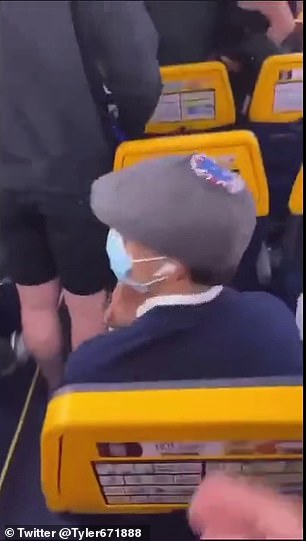 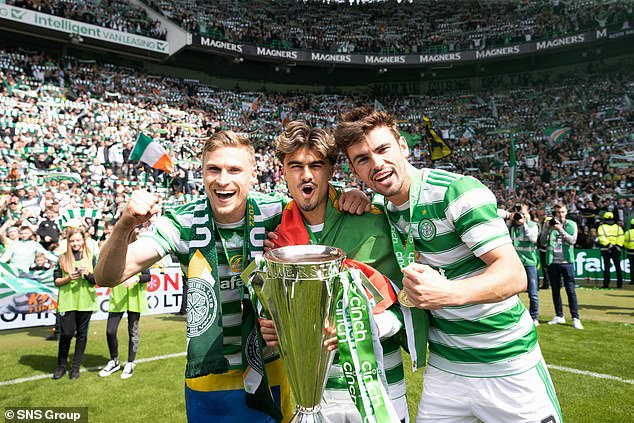 However, on their flight – believed to be to Faro – the pair were joined by Rangers fans who were then diverting to Seville ahead of their Europa League final against Eintracht Frankfurt on Wednesday night.

It appears that Jota was subjected to most of the banter from Rangers supporters with the Portuguese forward filmed while on the flight.

Sitting in his seat, the 23-year-old was asked by one supporter ‘you must be hating life?’ after being spotted.

In good nature, Jota just smiled and didn’t reply as he put on his face mask.

In two other clips, Jota showed great restraint as a Rangers Union Bears sticker was stuck on top of his flat cap.

And as he walked to the airport, he was also taunted by a fan who said: ‘Jota, did you ask big Calvin Bassey if you could come on this holiday?

‘Did he let you out of his pocket for the night?’ 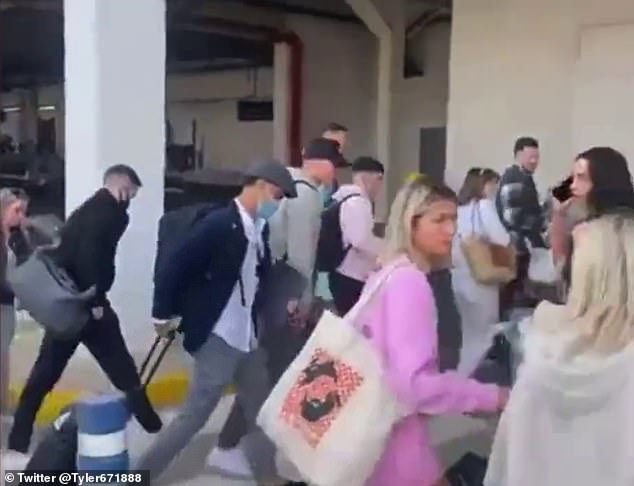 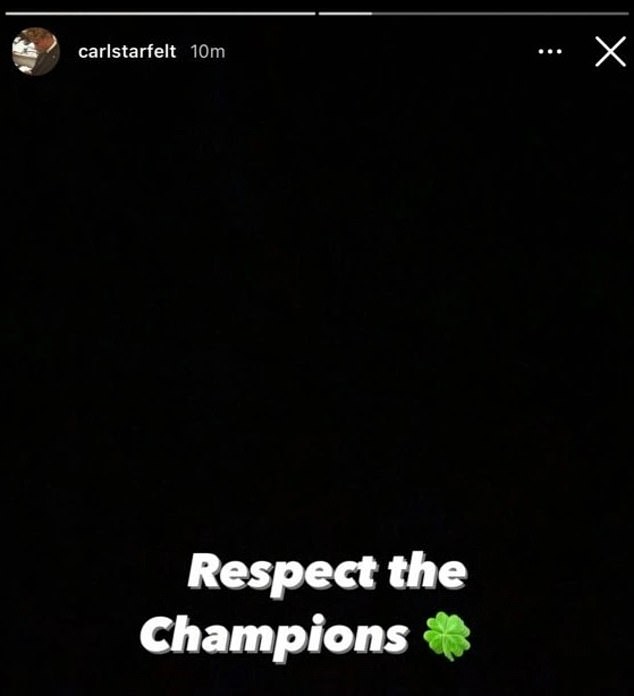 Starfelt was also on the flight and got his photo taken by a Celtic fan who praised the two players for their restraint.

He wrote: ‘Plane full of Rangers fans giving them nothing but abuse for nearly 4 hours. Scarfs flung at them, stickers put on their hats, took it like champions, top class.’

However, Starfelt later did hit back at those Rangers fans who taunted he and Jota with a simple statement on social media.

Rangers fans will be hoping they’ll be able to crown themselves as winners of two trophies this week when they face Eintracht Frankfurt in the Europa League final on Wednesday before then facing Hearts in the Scottish Cup final on Saturday. 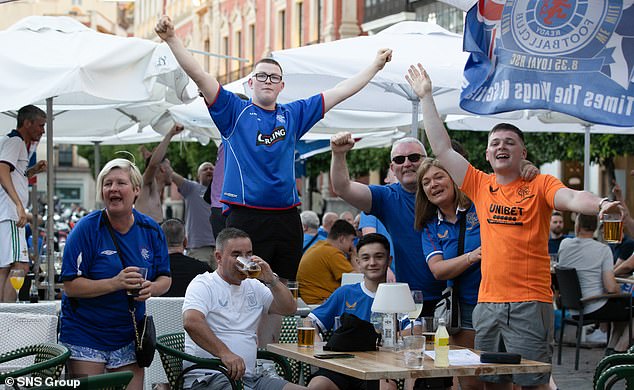 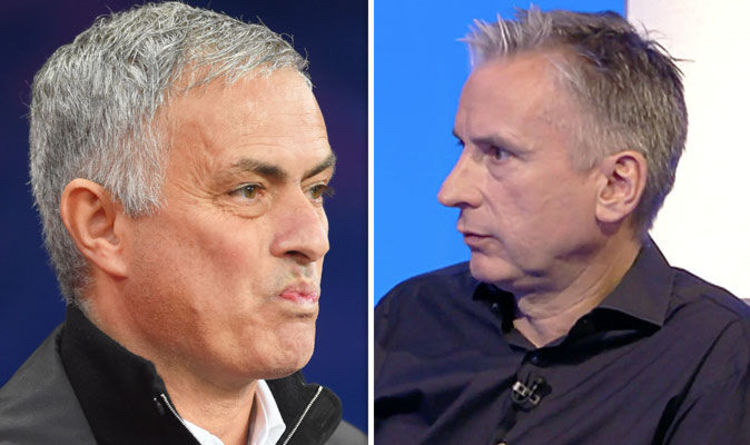 That is according to former Arsenal, Leicester and England striker Alan Smith. Jose Mourinho won three Premier League titles in his two […] 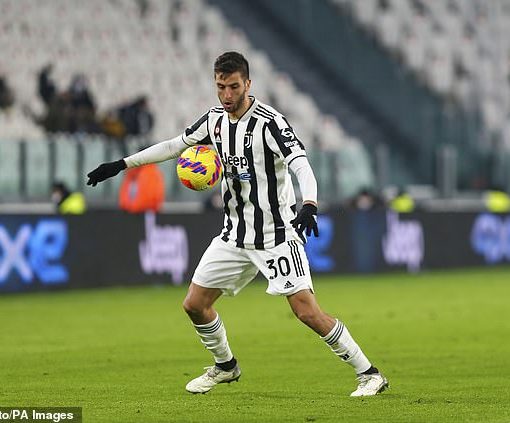 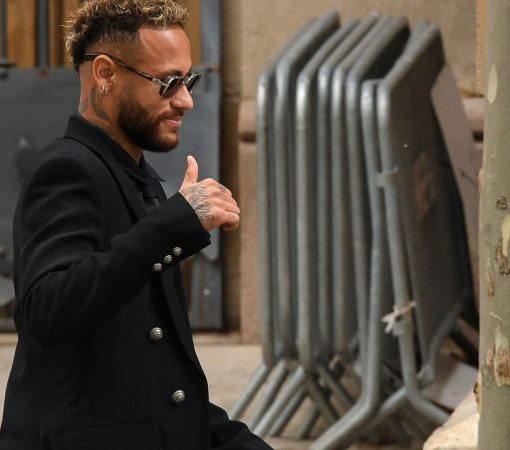 CNN  —  Brazil and Paris St-Germain forward Neymar Jr. appeared in a Barcelona court on Monday along with eight others, facing fraud […]

MONZA, Italy (Reuters) – Statistics for Sunday’s Italian Formula One Grand Prix at Monza, the 14th race of the 21-round season: Lap […]