Comedian John Mulaney ripped into Eric Adams on Monday after the mayor justified the arrest of a woman who was selling mangoes on the New York City subway.

The woman was arrested on April 29 after she was accused of selling fruit without a permit at a Brooklyn station.

On Monday, Adams defended the NYPD for handcuffing her and issuing her a summons.

That same night, Mulaney mocked the excuse at a poverty alleviation fundraiser in New York City.

The Grammy-winning comic also took aim at the mayor’s reputation as a jet-setting party boy as crime in New York City, which is up by 41.26 percent from this time last year, continues to rise.

‘I love Mayor Adams. He’s done so much good for the city that he’s thinking of moving here,’ Mulaney quipped. 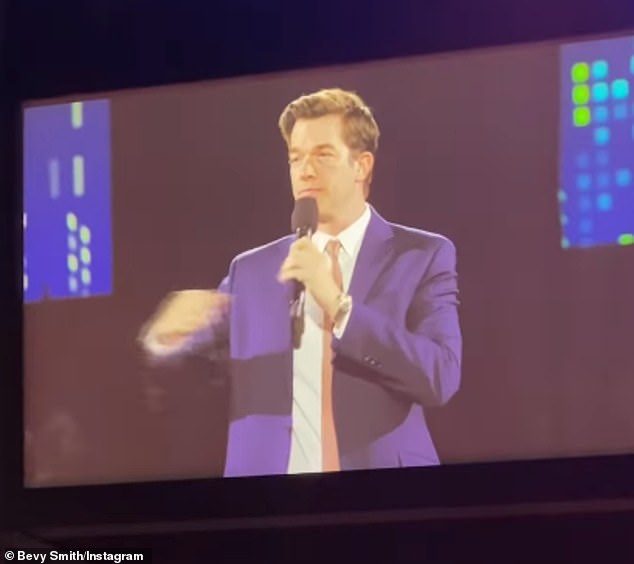 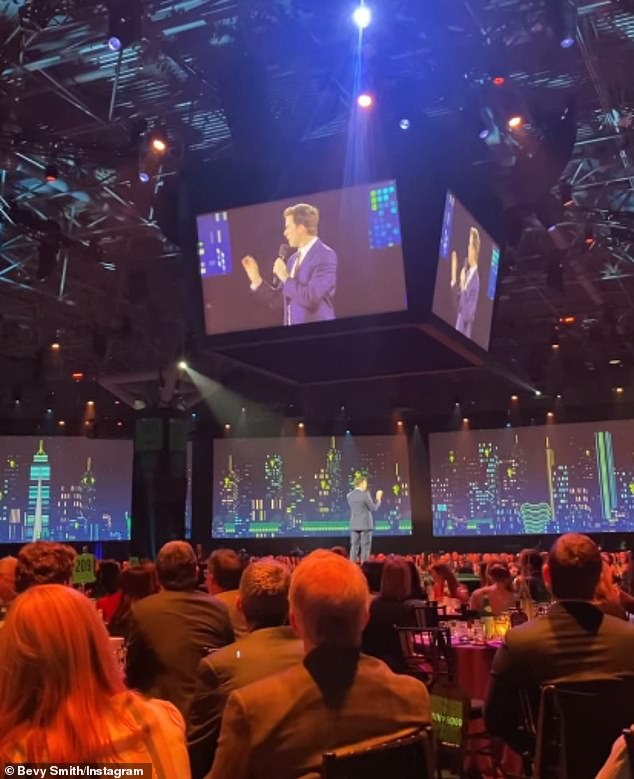 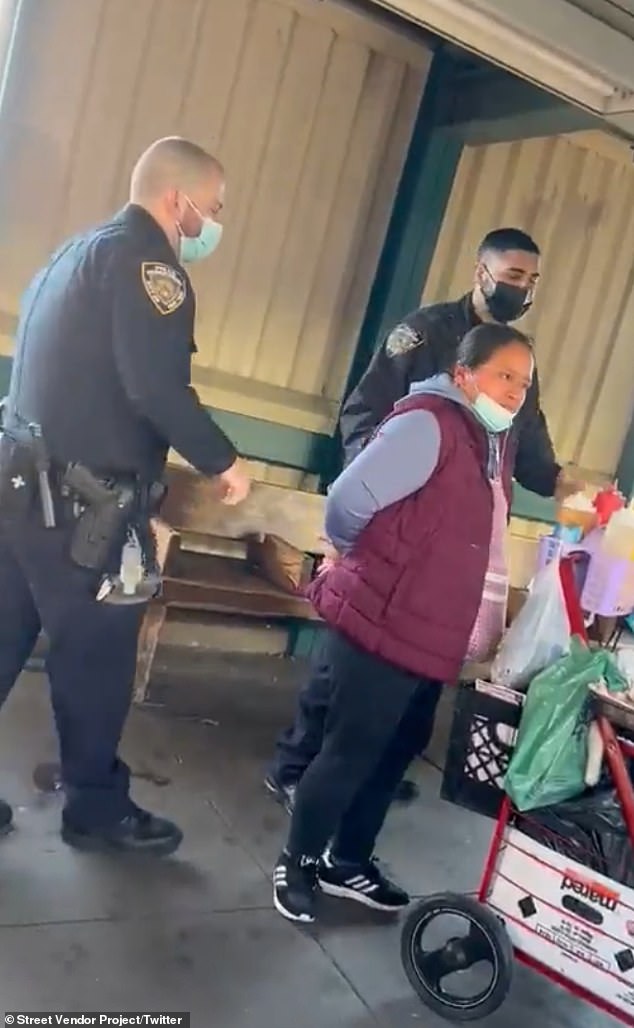 María Falcon was selling melon, kiwis and mangoes from a laundry cart at the Broadway Junction subway stop in Brooklyn on April 29 when she was arrested, prompting Adams to defend the arrest by saying ‘barbecuing on the subway system’ could be next 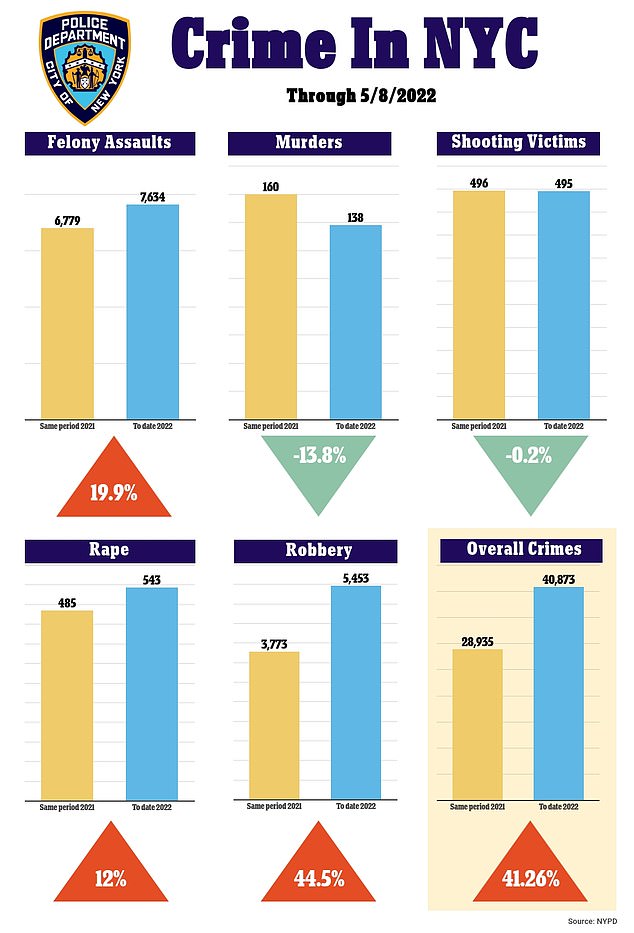 Critics say the arrest is the wrong approach to reduce crime in New York City, which is up by 41.26 percent from last year

The onstage skewering took place at the Robin Hood Foundation’s annual benefit gala at the Javits Center in midtown Manhattan.

Money raised during the event is ‘invested directly into poverty-fighting programs across New York’s five boroughs,’ according to the foundation.

‘Mayor Adams always address two problems and then one crazy one,’ the former SNL writer said as his image was projected on a Jumbotron to the audience.

‘No guns, no crime, no barbecues on the subway!’

‘We need better schools, we need better transportation, no more volleyball games on the BQE! No more of that,’ he said to laughs from the audience.

Mayor Adams was in attendance, though he was not spotted in the video.

Earlier that day, he said that people must ‘follow rules’ when selling food on the subway and expressed concern that some customers may get sick after buying food from unlicensed vendors, according to the New York Times. 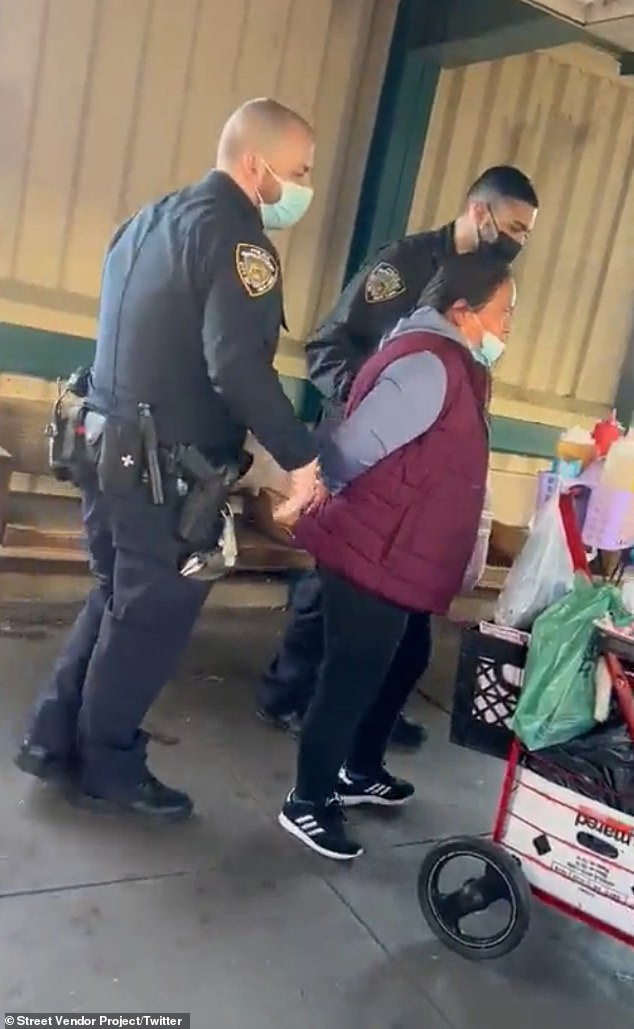 Falcon was searched and issued a summons for selling fruit without a permit. She had been issued as similar summons on April 5 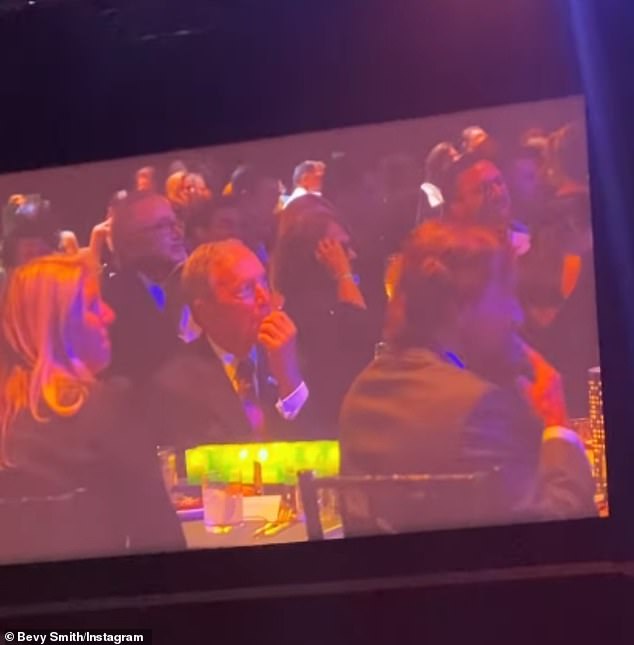 Former NYC Mayor Michael Bloomberg appeared to laugh as Mulaney ripped into Adams. ‘He’s done so much good for the city that he’s thinking of moving here,’ the comic said 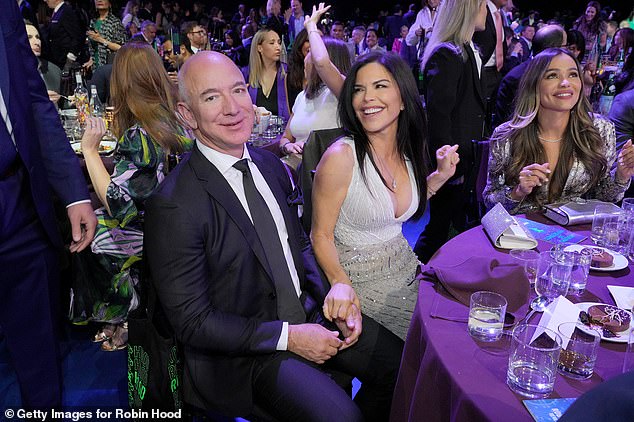 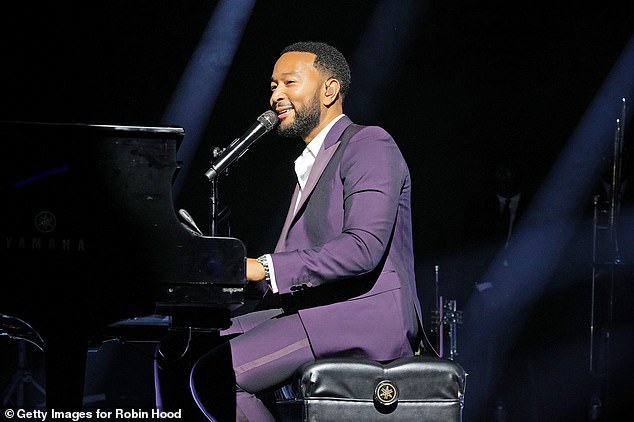 The woman at the center of the controversy, María Falcon, was selling melon, kiwis and mangoes from a laundry cart at the Broadway Junction subway stop in Brooklyn on April 29.

She was searched and issued a summons. Police say she had been issued a similar summons on April 5.

Falcon was issued a mobile food vendor license in 2009 but hasn’t been able to get a permit to operate her cart since. The city only allows 2,900 such permits to be issued.

‘Everybody operating without one of these permits is sadly considered a criminal and being treated as one by the NYPD and by the other agencies,’ Mohamed Attia, the managing director of the Street Vendor Project, told the Times.

‘Every single vendor we work with will do whatever it takes to get a permit from the city and operate in a legal way,’ he said. ‘They are feeling they are risking their freedom every minute that they are out in the street trying to make a living.’

Critics worry that Mayor Adams is focusing on the wrong issues as crime in New York City continues an upward trend that began in the early days of the COVID-19 pandemic.

‘Handcuffing Maria in front of her daughter for selling fruit does nothing to make our city safer,’ he said. ‘Criminalizing street vendors is a terrible use of resources, especially at a time when we should be expanding licenses & efforts to help entrepreneurs support their families.’ 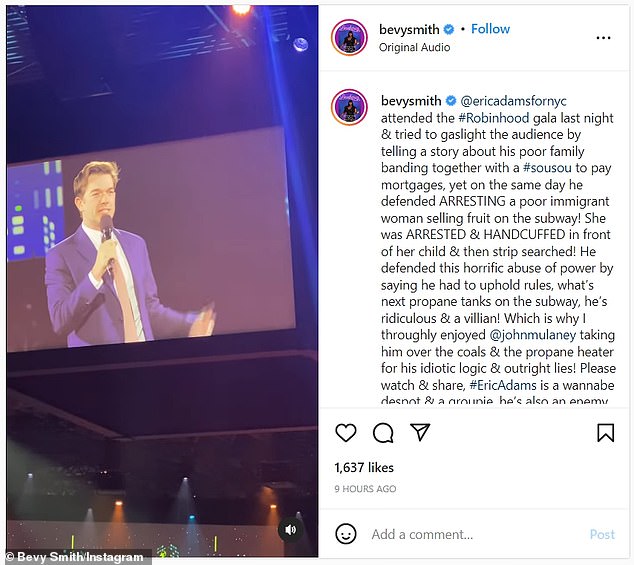 Bevy, who posted the video, said Adams tried to ‘gaslight’ the audience at the RobinHood gala earlier that night by ‘telling a story about his poor family.’

‘Yet on the same day he defended ARRESTING a poor immigrant woman selling fruit on the subway! She was ARRESTED & HANDCUFFED in front of her child & then strip searched!

‘He defended this horrific abuse of power by saying he had to uphold rules, what’s next propane tanks on the subway, he’s ridiculous & a villain,’ she wrote.

Last week, the mayor split his crime-plagued town this week to hobnob with billionaires and comedians on the West Coast .

On Wednesday, Adams, 61, participated in a panel at the Milken Institute Global Conference on ‘digital transformation’ before heading to the local Museum of Tolerance to celebrate Israel’s independence day.

The busy day followed Adams’ stop to take in David Chappelle’s show, where he witnessed 23-year-old Isiah Lee storm the stage with a gun that contained a hidden knife while the comedian joked that he’d had to increase his security in light of his trans jokes at the Netflix is a Joke festival. 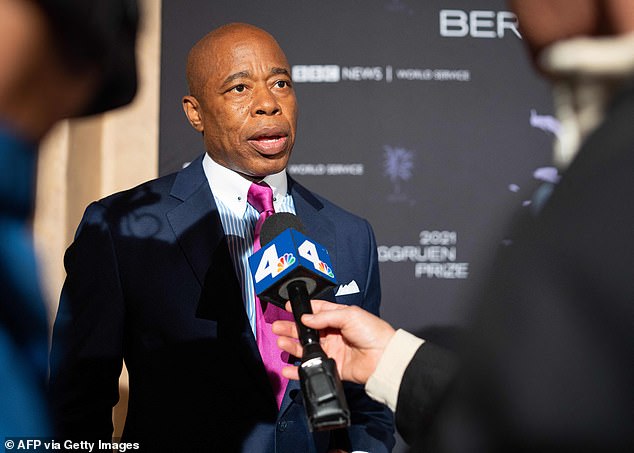 Adams was elected after running on a platform of public safety, but he’s been criticized for his penchant for partying 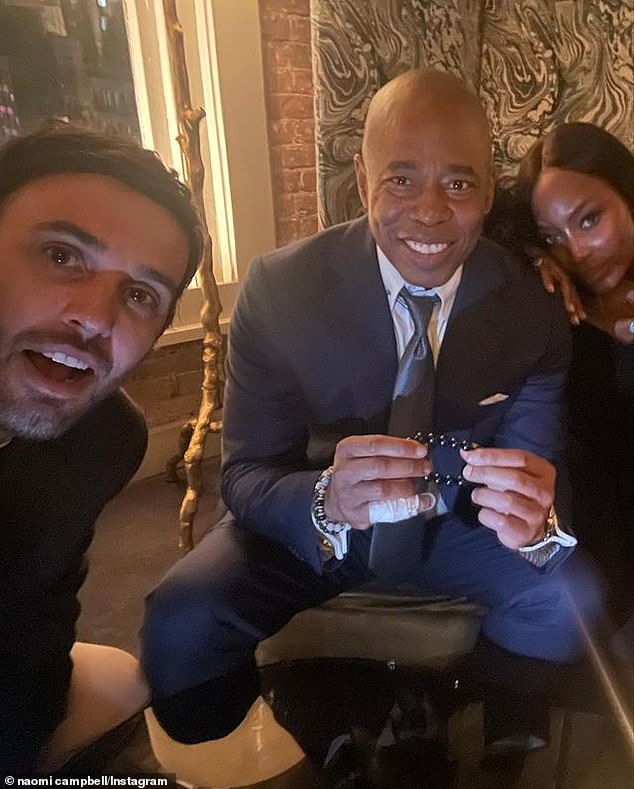 Eric  Adams is seen with CAA agent Cade Hudson, who has allegedly made it into the mayor’s inner circle, and supermodel Naomi Campbell at the members-only Zero Bond in Manhattan last month 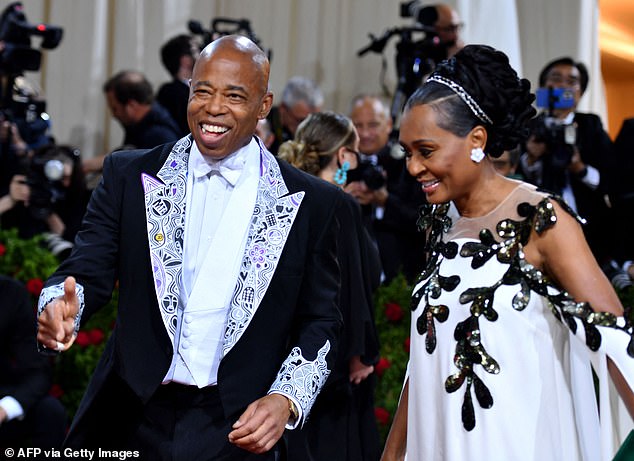 Adams, 61, spent two days in Los Angeles last week in a trip that was paid out of campaign funds. He attended the ritzy Met Gala on Monday, above

Adams didn’t arrive home until late Thursday because of what his press shop called a ‘last-minute flight cancellation.’ The cancellations forced the mayor to miss several events, including a rally demanding he be allowed to control the city’s school system.

Mayor Adams ran on a platform of increasing public safety and is under pressure to deliver after steep crime increases in 2021.

Felony assaults in New York City are up 19.9 percent and robberies are up 44.5 percent. Overall crime is up by 41.26 percent.

On Monday, a Queens mother who was fighting for her life after being pinned between two parked cars by a hit-and-run driver died in the hospital.

Florence Ngwu, 49, was smashed against two vehicles on Sunday in front of her young daughter. 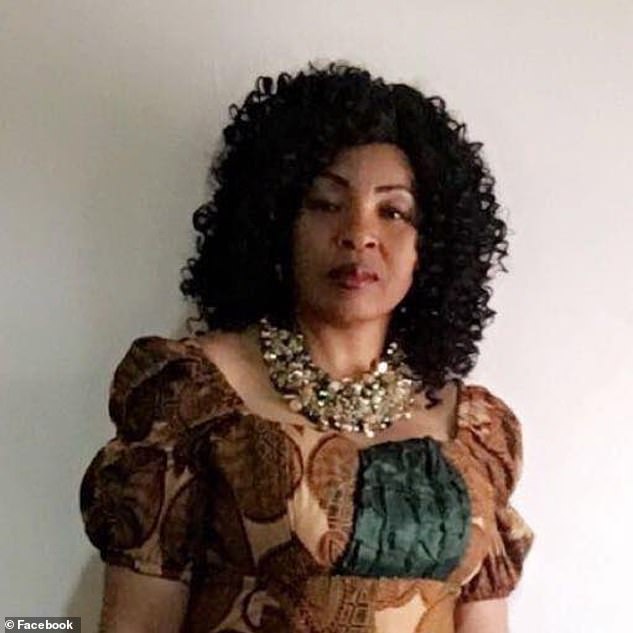 The Nigerian mother-of-four is an aide at a nursing home, her family says. A neighbor says she worked night shifts there

She was taken to the hospital but died of her injuries, it was confirmed on Monday.

‘This is the third time and they weren’t able to revive her. We’re all just devastated,’  her niece told The New York Post.

Police are still looking for the driver of the truck, which had been reported stolen by Pawar Builders in Elmhurst, Queens. The truck was found abandoned about a mile-and-a-half away.

Traffic violence is becoming an epidemic in New York City, which has reported a more than 41 percent increase in overall crime so far this year. 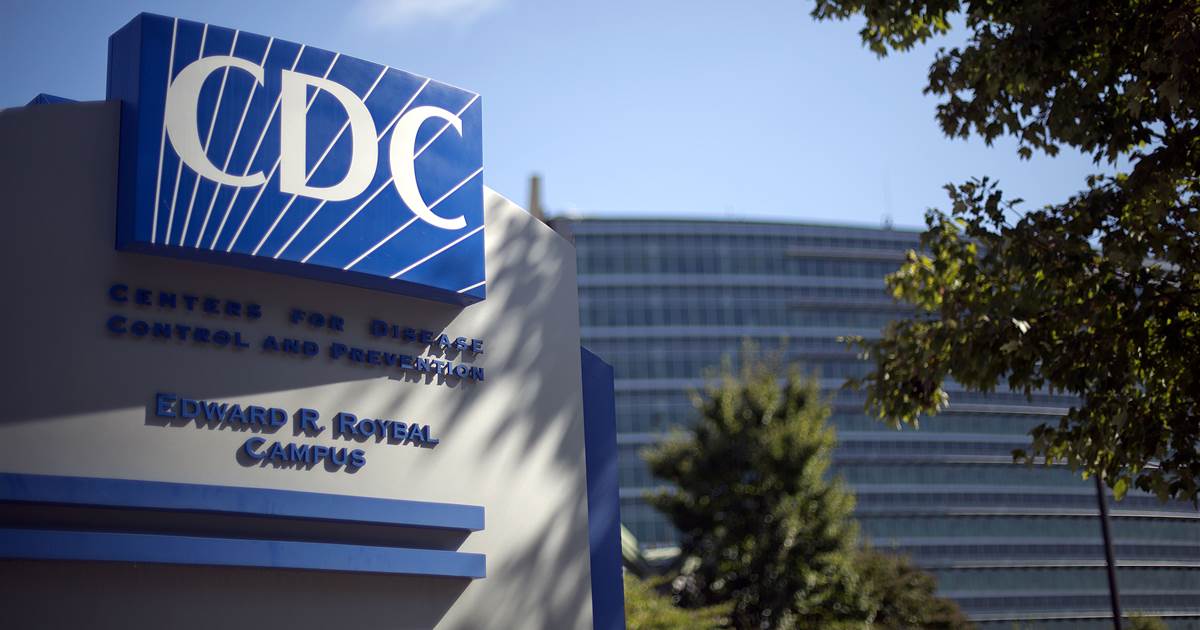 LAHORE, Pakistan — Pakistan is gridlocked with an array senior officials and other elites in the Islamic republic facing criminal charges, including […] 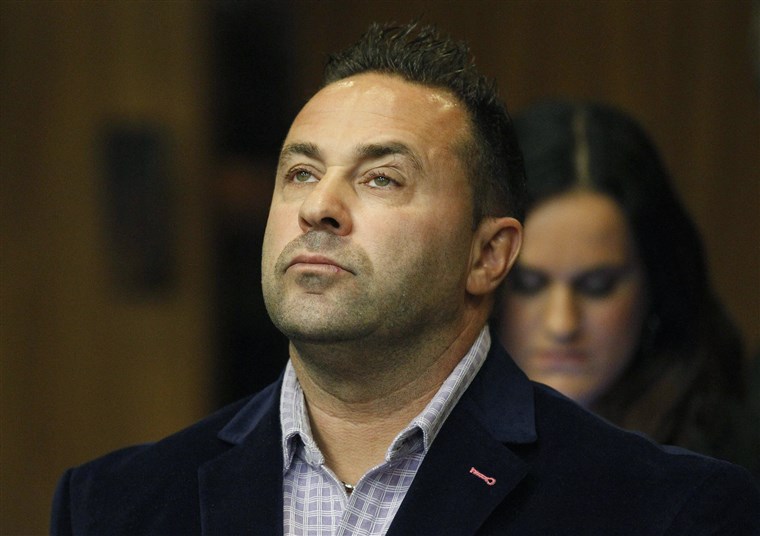 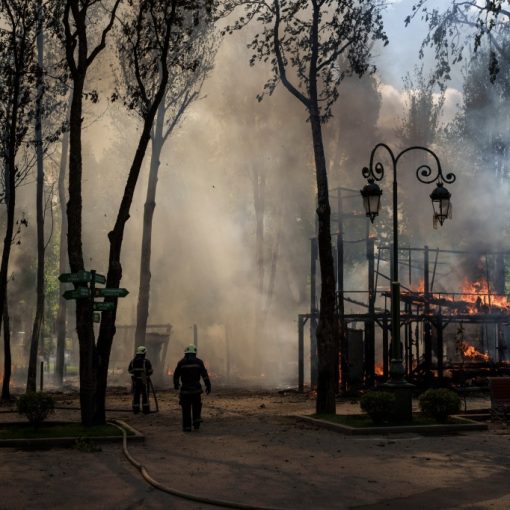 Those who feared, not without reason, that Russian President Vladimir Putin would use the annual Victory Day parade on Red Square as […]