More guns are being stolen out of vehicles in many U.S. cities, according to a new data analysis, which was first obtained and independently verified by NBC News. It’s an alarming trend as shootings rise nationwide, propelled in large part by firearms obtained illegally.

From 2019 to 2020, at least 180 cities saw a rise in gun thefts from vehicles, which now makes up the largest source of stolen guns, according to the nonprofit Everytown for Gun Safety. The study analyzed FBI crime data from 2011 to 2020, spanning up to 271 small-to-large cities across 38 states.

The nonprofit, which advocates gun violence prevention, found that in 2020, an estimated 77,000 guns were reported stolen in these 271 cities alone. Of those, more than half were taken out of vehicles — a stark difference from a decade ago, when the majority of gun thefts were from burglaries and less than a quarter were from cars, according to Everytown.

On Aug. 3, 2021, Caroline Schollaert was inside her Jacksonville, Florida, home when she witnessed a man breaking into her car.

Known by many for her fearless disposition, Schollaert, an off-duty U.S. Coast Guard member, reported the burglary by phone to the local sheriff’s office, then walked outside and confronted the man at gunpoint herself.

She ordered him to stay put until authorities arrived. But while she was still on the phone with a police dispatcher, the suspect pulled out a gun of his own and opened fire. Schollaert, 26, who had just gotten engaged three days earlier, died from her injuries.

The handgun used to kill her, the Jacksonville Sheriff’s Office said, had been stolen from an unlocked vehicle in the same neighborhood 11 days before the shooting.

“It’s helpless,” said her father, Patrick Schollaert. “Imagine what it would be like to lose a child over something as simple as locking a door?”

On the night before the shooting, at least eight other auto burglaries were reported in Jacksonville, the sheriff’s office said. In 2021, 661 guns were stolen from vehicles in the city, a 4 percent increase from 2019, the Jacksonville Sheriff’s Office said.

The trend can be seen in states and cities across the country. In South Carolina, gun thefts from motor vehicles climbed to more than 5,100 in 2021, from roughly 4,200 in 2019, according to the statewide data provided by the South Carolina Law Enforcement Division. In Hampton, Virginia, the number of motor vehicle larcenies in which a firearm was stolen jumped to 142 incidents in 2021, from 88 in 2019, Police Chief Mark Talbot said. Many of the stolen firearms have turned up at crime scenes.

“It is exceedingly rare that we investigate a gun crime, and the gun was possessed lawfully,” Talbot said. “Very often we find out it was taken from a theft from auto.”

While it’s too soon to definitively say what’s driving the shift, experts said it’s likely exacerbated by many factors, including a surge in firearm purchases during the pandemic. In 2020, the FBI conducted nearly 40 million firearm background checks, more than any year on record, according to the agency’s data. During that time, experts said, Covid also kept more people at home and made easier targets of unoccupied and less-used cars.

“Criminals are opportunists,” Everytown president John Feinblatt said. “They’ll go where they think that they can capture guns and flood the black market with little or less risk.”

In Hampton, Talbot said the surge in gun thefts from vehicles occurred as home burglaries declined. And because the vast majority of targeted cars are unlocked, criminals are “in and out of a particular vehicle in seconds.”

After a weeklong manhunt for Caroline Schollaert’s killer, Tyree Levon Parker turned himself in and was arrested for second-degree murder, authorities said. The Jacksonville Sheriff’s Office said the suspected gunman had been going through the neighborhood checking door handles.

Parker, 23, who pleaded not guilty, faces up to life in prison and his trial could begin as early as March 2023, according to prosecutors and his attorney All Chipperfield.

But Patrick Schollaert, 57, a strong Second Amendment supporter and a gun owner himself, thinks there should also be legal ramifications for the person who left their handgun in an unlocked car.

“They ought to be sharing cells,” he said. “That’s my frustration.”

Most states do not have laws that specify how a firearm should be stored inside an unoccupied vehicle. Among the few that do, California and Connecticut require gun owners to securely store firearms in unattended vehicles, while Massachusetts and Oregon have laws requiring all firearms to be stored in a locked container or with a lock in place when they’re not in use in all locations, including vehicles, according to Allison Anderman, senior counsel with the Giffords Law Center.

In Florida, gun owners 18 years old and older are generally allowed to keep a concealed firearm inside a privately owned vehicle, without a license, if the firearm is “securely encased,” such as in an unlocked glove compartment, or “otherwise not readily accessible for immediate use.”

And when it comes to reporting lost or stolen guns, only 15 states require gun owners to report incidents, according to Everytown. That means the number of nationwide gun thefts is likely significantly higher, the group said.

In Chattanooga, Tennessee — where drivers are not required by law to store their guns in any certain way, according to city officials — the number of reported incidents of gun thefts from vehicles grew to 347 in 2020, from 279 in 2019 and 264 in 2018.

“This surfeit of guns, illegal guns in particular, is just pouring gas on the fire,” Chattanooga Mayor Tim Kelly said.

“People aren’t stealing guns out of cars to collect them,” Kelly said, adding that he has surveillance footage showing would-be burglars pulling on his vehicle’s locked door handles in the driveway of his own home.

Meanwhile, some jurisdictions have made it harder on law enforcement to combat gun thefts, especially from cars. This March, West Virginia Gov. Jim Justice approved a bill that makes it legal for drivers to carry loaded long guns in motor vehicles. And up until recently, gun owners in Philadelphia used to be required to report to police when a firearm is stolen within 24 hours after the discovery. In February, a court said the city’s ordinance was unenforceable.

“The way people have such a lack of concern over something so dangerous, it just blows me away,” Patrick Schollaert said. “A simple responsibility should not be an arguable point.”

In many areas, law enforcement agencies are left to implore residents to lock their vehicles and remove their firearms before exiting.

“We have been extremely vocal here,” said W.H. Holbrook, the police chief in Columbia, South Carolina, where 73 percent of guns reported stolen this year came from auto break-ins and 68 percent came from unsecured vehicles.

Everytown said cities in states with particularly weak gun laws are associated with greater rates of gun thefts from cars. Without tougher restrictions on storing firearms and reporting lost and stolen guns, its researchers said these warnings will go unheard or ignored.

“There’s never been a more urgent time to act,” said Megan O’Toole, Everytown’s deputy research director. “With every gun stolen from a car, there are rising chances that that gun will be used in a violent crime.”

As he grieves, Patrick Schollaert is trying to keep the memory of his daughter alive. For the last eight years, he said, Caroline Schollaert served with the U.S. Coast Guard and was often the first to show up to the base every morning.

She was a maintenance technician, who worked with a special unit that intercepted high-speed boats suspected of smuggling drugs into the country, her father said. She was also a strong advocate for women in the service.

“She made sure that when a young woman came out of boot camp, they wouldn’t get picked on, that they were treated fairly, that they knew they had friends,” her father said.

“I can’t walk her down the aisle,” he said, as he broke down in tears. “It changed my life forever. It robbed me of my girl.”

This year, the Schollaert family launched the Caroline Joy Schollaert Memorial Scholarship, which will give $1,000 every year to one graduating senior who shows outstanding leadership skills and academic excellence at Powhatan High School in Virginia, where Caroline Schollaert attended.

Patrick Schollaert said helping others the way his daughter would have done keeps him going. But when it comes to gun thefts from cars, he is not hopeful much will change.

“This is going to affect more than just the isolated person like me,” he said. “More and more people are going to be grieving like me, senselessly.” 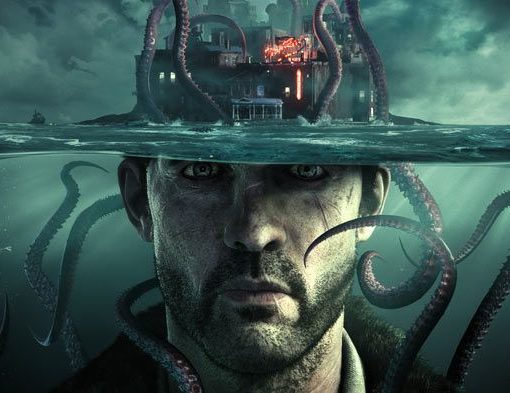 A crowd estimated by local police to number 350,000 waved Spanish and Catalan flags and carried banners saying “Catalonia is Spain” and […] 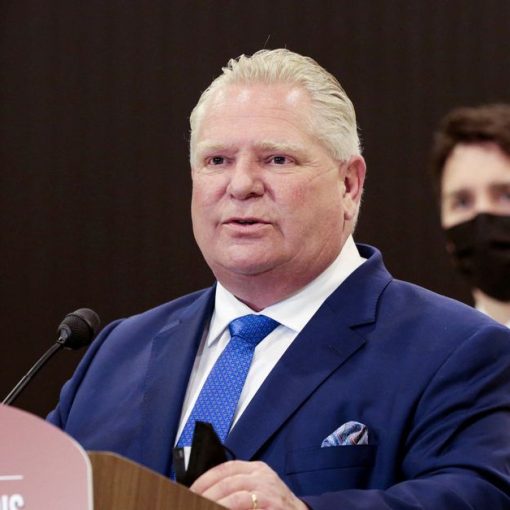 TORONTO, Nov 13 (Reuters) – The Ontario government said on Sunday it will extend a fuel and gas tax cut first introduced […] 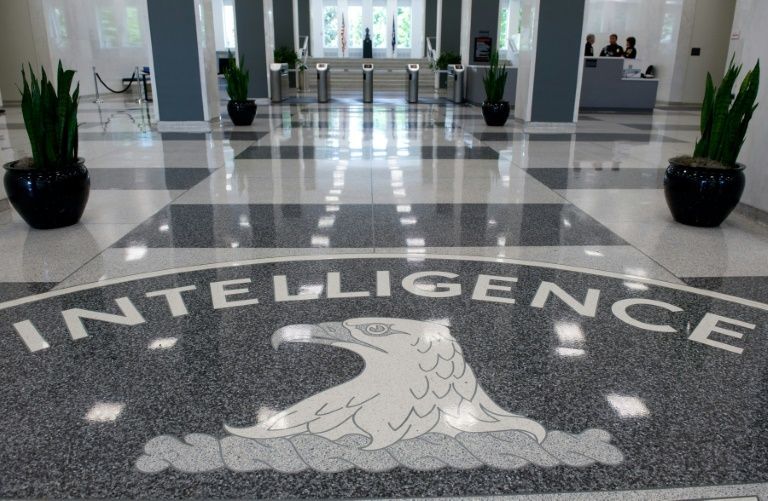