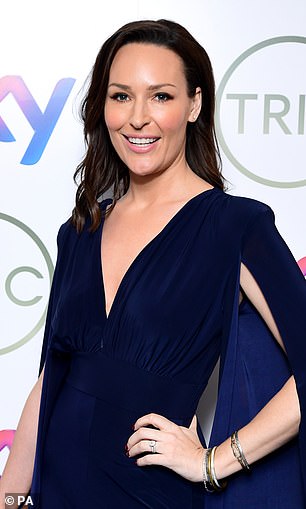 GB News presenter Isabel Webster would cut the cost of public sector pensions and reverse the National Insurance hike if she were made Chancellor of the Exchequer.

The 39-year-old, who presents the GB News breakfast show with Eamonn Holmes on weekday mornings, reveals she buries her head in the sand when it comes to money issues.

Webster lives in South-West London with husband Liam Pearce, 38, and their two children William, six, and Poppy, four. She spoke to Donna Ferguson.

What did your parents teach you about money?

Not to talk about it. My parents were both hard-working architects who cared more about doing interesting and stimulating work than making loads of money and being brash. In fact, money was a taboo subject when I was growing up.

My mother was self-employed and they were careful with money – they never splashed it around – but they just didn’t like to talk about it. We were more likely to swear or talk about sex than talk about money. I still wince as an adult when discussing money.

Was money tight when you were growing up?

I don’t remember it being tight, but I’ve recently learnt there were times when my parents worried about paying my school fees.

Both my brother and I were encouraged to go for scholarships as a result. I remember my parents being thrilled when we got them.

Have you ever struggled to make ends meet?

Hand on heart, the answer is probably no. Like most people, I started off not earning an awful lot of money in my early 20s.

There were times when I worried I wouldn’t be able to afford to buy a house. But I was fortunate that my parents supported me financially.

They helped me to buy my first flat. That meant I never really got to a place where I was struggling to make ends meet, thanks to their generosity.

They didn’t spoil me or my brother, but they helped us out whenever we would have struggled otherwise. I don’t know if I’ll be able to do the same for my kids.

Have you ever been paid silly money?

No. I wish, but never say never.

What was the best year of your financial life?

It was 2014. That was the year I went from being a full-time correspondent to a TV presenter.

My new job came with a significant jump in salary. I wouldn’t want to go into specifics about how much I earned, but it was my big break. 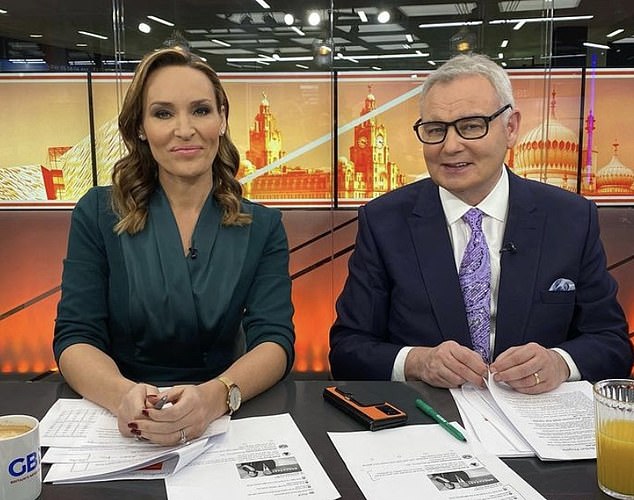 What is the most expensive thing you bought for fun?

It was a week-long family holiday in Portugal which we went on in May 2021. I remember the Covid rules changed while we were out there, and everyone tried to go home, but luckily we stuck it out. And we were fine.

It cost several thousand pounds – more than I’d ever spent on a holiday before – and it was worth every penny.

What is your biggest money mistake?

Burying my head in the sand. Money doesn’t interest me and I don’t like talking about it when there’s a problem or a bill to pay.

When a bill comes in the post, my husband has to force me to open it. Even when it comes to putting in expenses at work or invoicing for work I have done – stuff that is totally in my own interest – it’s always at the bottom of my list. I can always find 8,000 other things to do instead.

The best money decision you have made?

Buying my first property, a two-bedroom flat in Clifton, Bristol, in the late 2000s when I was in my mid-20s. 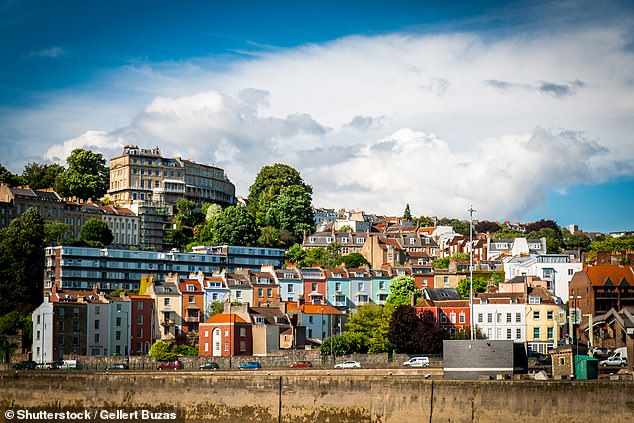 Good move: Isabel Webster says buying a flat in the Clifton area of Bristol in her mid-20s was the best money decision she ever made, netting her around £100,000 when she sold it

Do you save into a pension?

Yes, and I have done so ever since I got my first job at the BBC at age 25. It seemed sensible to me because the BBC was making a contribution to my pension as well.

If you include the employer’s contribution, then for as long as I’ve been working, I have paid in about 10 per cent of whatever I’ve been earning into a pension.

I want to be able to maintain the standard of life I have enjoyed when I retire and not have to work forever.

Do you invest directly in the stock market?

Yes, I have maxed out my stocks and shares Isa allowance for the last few years. My husband and I have also made similar investments for our children. We tend to invest in funds that track specific stock markets.

Do you own any property?

Yes, a townhouse in South-West London. We converted it from two bedrooms to four before our second child was born. We spent £80,000 and have added around £200,000 of value.

What is the one little luxury you treat yourself to?

I like a new handbag. When I got my new job at GB News, I treated myself to the classic Louis Vuitton bucket bag. I think it cost about £1,000.

If you were Chancellor what is the first thing you’d do?

The public sector needs to be trimmed and be more efficient. I’d start by cutting the cost of public sector pensions. I’d also get rid of the National Insurance hike.

Do you donate money to charity?

I do. I donate to Save the Children and the Disasters Emergency Committee fund which is raising money to help those fleeing from the bombing in Ukraine.

What is your number one financial priority?

To give my kids the best launch in life like my parents did for me. We are already saving to help our kids through school and university.

As the world’s second- biggest economy, China has long been a country of interest to investors. Chinese stock markets have boomed in […] MR MONEY MAKER asks does lithium have a fantastic future as an investment or is it just a fad? By Justin Urquhart […] The final year of the last millennium: a total solar eclipse was eclipsed by cloud in the skies above the UK and […]