Derby Railway Angling Club claims it has been battling against the River Trent’s worsening ecology since 2010 because of the pollutant from East Midlands Airport. The chemical is sprayed as a safety measure on planes before take-off when snow, ice or frost has accumulated on the aircraft. But Geoff Hardy, a solicitor at Fish Legal which represents the club, said: “De-icer causes aerobic bacteria to strip oxygen rapidly from the surrounding water.

“Low-oxygen levels can cause stress in fish. While on its own the levels of pollution coming from the airport may not cause direct fish deaths, it adds to the overall pollution load on the Trent and impacts the whole river ecology.

“The visible signs of low oxygen conditions, which cause fungus to thrive on the river bed, are a warning sign that pollutants continue to enter the river from the airport out- fall.” The Trent is one of five rivers in the country that is home to the threatened spined loach fish species.

Fish Legal stated other airports in the same business group have installed modern collection and treatment measures to prevent the pollutant from entering waterways, whereas it claims that EMA has not.

Mr Hardy said: “We can only assume that this is a question of not wishing to spend the money.”

EMA is the largest freight airport in the UK with plans to double passenger numbers to 10 million and treble levels of freight to one million tons by around 2030 to 2035.

Every pollutant report by the angling club to the Environment Agency, the government department responsible for protecting wildlife, has so far been classed as a Category 3. This is described as minor or minimal impact or effect on the environment.

The agency recently announced that they will no longer attend Category 3 or 4 pollution incidents for sites that are not regulated.

But Fish Legal said this should not apply to the EMA because the airport has an environmental permit.

The solicitors claim that the EMA can “pollute with impunity” provided they do not cause a pollution severe enough to be classed as Category 1 and 2.

Fish Legal added: “With the last measured extent of the visible pollution on the riverbed extending 185 yards downstream of the discharge outfall, there will be no investigation of suspected permit breaches or follow-up action by the EA.”

But an EMA official said: “We are co-operating with the Environment Agency as it investigates a potential breach of our water discharge permit.

“We responded quickly to address concerns and continue to rigorously monitor our performance.

“We look forward to working with the EA and other local stakeholders as we put in place a programme of improvement.”

An EA spokesman said: “We are investigating the discharge of waste water from East Midlands Airport. All reports of pollution are taken seriously.”

This latest alleged threat to the environment comes as the Daily Express Green Britain Needs You crusade encourages everyone to do their bit for the planet.

Babies who are touched, talked to and paid more attention by caregivers develop more receptors for the “cuddle chemical” oxytocin over their […] 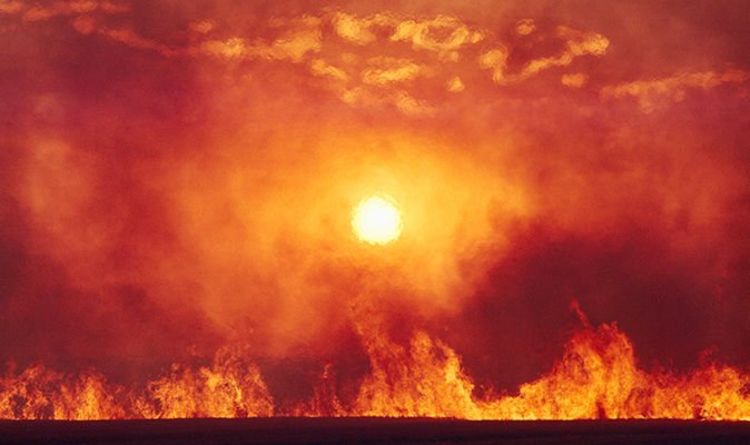 The sun is the star at the centre of our solar system – the Milky Way. It is nearly a perfect sphere of hot plasma and […]

Let me talk marketing-speakElijah Nouvelle/AFP/Getty IF YOU have a Google Pixel phone, you will soon be able to speak 40 languages. All […] About 140 million years ago, Greater Adria—which later got shoved beneath southern Europe—was a Greenland-size landmass (submerged portions in gray-green) south of the […]