Britain’s Jamie Chadwick won the opening race of the new W Series all-female championship season in Miami. Chadiwck lost and re-took the lead in a competitive and incident-packed race. Marta García from Spain took second and Britain’s Jessica Hawkins, who is a driver ambassador for the Aston Martin F1 team, was third at the Miami International Autodrome.

Chadwick is the defending W Series champion, having won the series’ first two seasons but had to work hard to win on her first outing this year. The 23-year-old is racing this season for the team backed by former Olympian Caitlyn Jenner and has opened her third season with a strong statement of intent. “That was a bizarre race, I don’t know what happened but we will take that,” she said afterwards.

Chadwick fought hard with Alice Powell for last year’s title, securing the championship with four wins including victory in the deciding race, the finale at the Circuit of the Americas in Texas and on this showing she will face a similarly tough task this season but she once more showed her class in remaining calm and executing with resolute precision to secure the win. Spain’s Nerea Martí had taken pole with a strong lap but stalled on the start line as did Britain’s Powell in third. They were swamped by the field and Powell, pushing to come back, hit the wall at the exit of turn seven on the opening lap causing the safety car to be called. Chadwick, who had claimed second on the grid in the morning qualifying, led from Emma Kimiläinen as the barriers were repaired but the race was red-flagged shortly afterwards.

Racing resumed after a 20-minute interval with 15 minutes on the clock remaining. After a rolling start Chadwick maintained her lead but was unable to drop the pursuing Kimiläinen. García meanwhile passed Fabienne Wohlwend to take third.

Out front Chadwick maintained her composure but was not allowed any respite with Kimiläinen on her tail throughout, then on lap eight the Finn pounced with a fine, decisive move through turn 11 to take a deserved lead.

A late safety car caused by another incident where Wohlwend and Abbie Eaton tangled and went off, counted out the remaining race time and it came in allowing one final lap to be completed.

Chadwick made a charging restart and Kimiläinen was slow in bringing her tyres up to temperature and went wide at turn one, dropping to third as the British driver passed, to streak away with the win. Kimiläinen’s woes continued however as she spun after over pushing and attempting a pass on García through the final corners allowing Hawkins through to claim third.

The second race will take place on Sunday with Chadwick on pole. The series’ intent is to showcase talent with the ultimate goal of returning a driver to F1 which has not had a woman compete at a grand prix since Lella Lombardi raced in Austria in 1976. This season the 18-driver field will contest 10 races, all held at F1 events, with the championship holding its first race in Asia, at Suzuka in Japan. 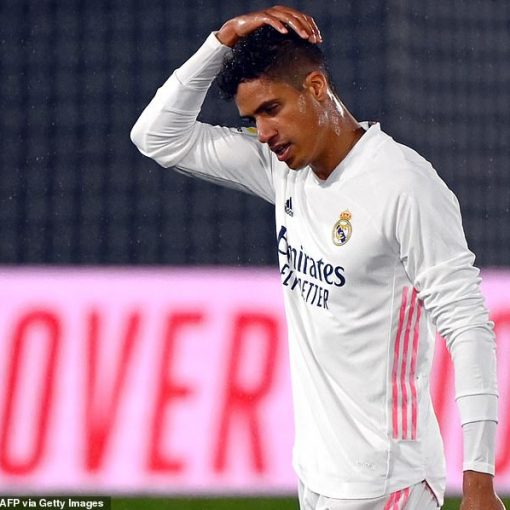 Four coaches at major college basketball programs and a senior executive at Adidas are among those facing federal bribery, fraud and corruption […]