Fremantle may be in the midst of a concerning Covid outbreak, but they put those woes to one side with a dominant display against North Melbourne.

Justin Longmuir was dealt a heavy blow this week with six players missing from his side to face the struggling Kangaroos, with the virus already decimating cross-town rivals West Coast.

The Dockers have made a flying start to the season, sitting pretty with six wins and just one defeat, but the spread of Covid has left fans concerned that their momentum will be derailed. 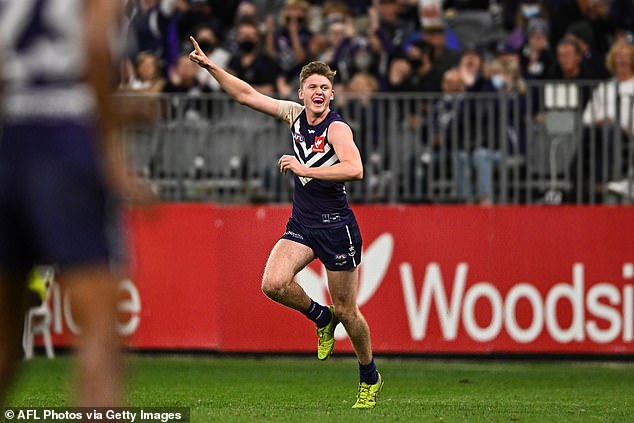 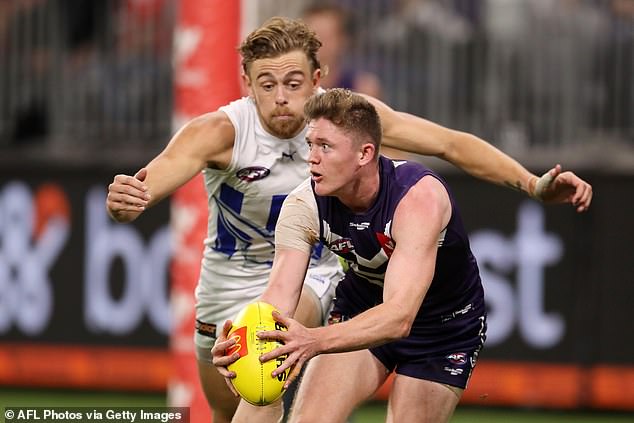 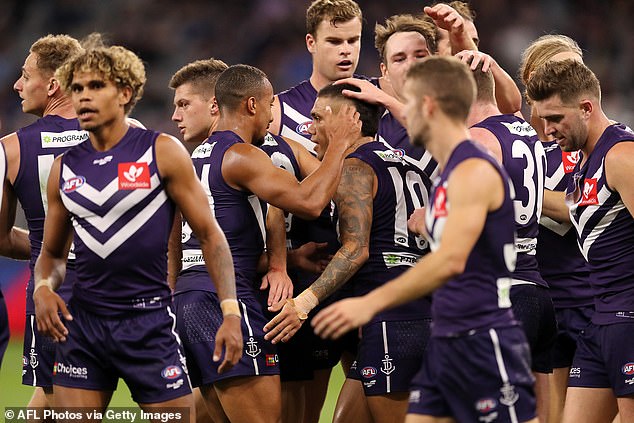 However, Freo showed no sign that their form will be upset by the virus, putting in a superb first half performance against their struggling rivals at Optus Stadium.

Debutant Jye Amiss scored his first goal with his first ever kick in the AFL, while Bailey Banfield dazzled with an impressive banana kick.

But Nathan O’Driscoll provided a lesson in never giving up with a superb piece of improvisation to keep a seemingly dead ball alive to set up a Brennan Cox goal.

After the break, the youngster kicked a goal from an impossible angle in the pocket – a very similar position on the pitch to where he struck against Geelong last week. 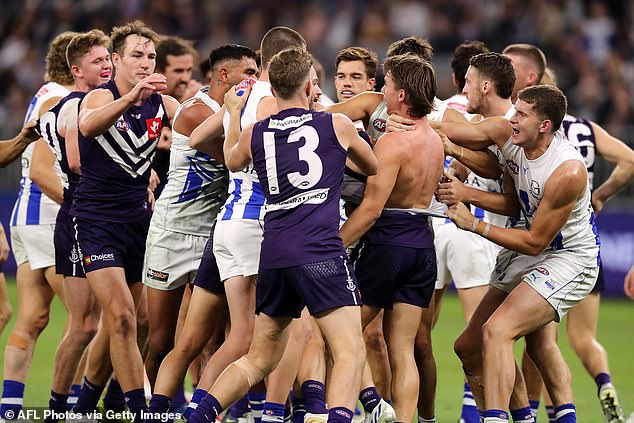 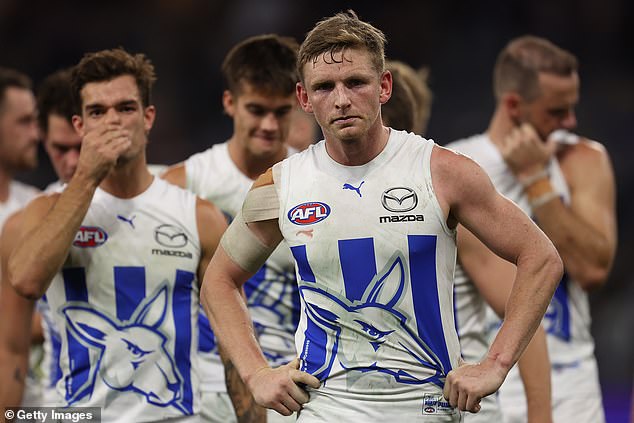 The final inside 50m stat read 67-32 in favour of Fremantle, with North Melbourne held to just two goals for most of the match before kicking their third with under five minutes remaining.

Fremantle’s sixth win on the trot improved their record to 7-1, and they will start hot favourites in the next fortnight when they take on Gold Coast (away) and Collingwood (home).

The Kangaroos (1-7) face a battle to avoid the wooden spoon.

Fremantle forward Sam Switkowski was subbed off in the final quarter with concussion after copping a knee to the head as Jason Horne-Francis flew for a mark.

North Melbourne defender Ben McKay, who starred with five contested marks, limped off in the third quarter after Josh Treacy fell onto his right knee.

McKay was in huge pain while he was assessed on the bench, and he’s set to be sent off for scans to determine the extent of the damage. 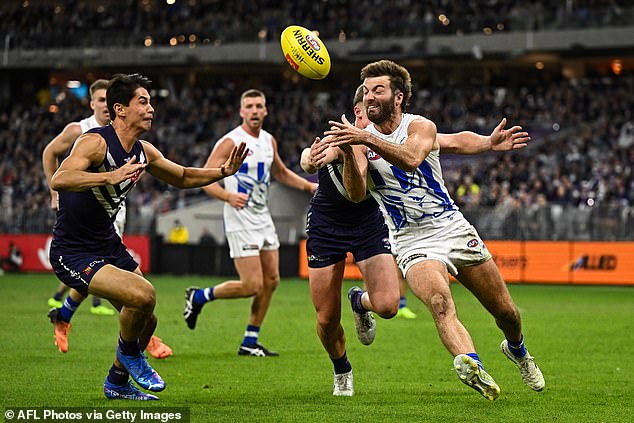 Prized Kangaroos No.1 draft pick Horne-Francis finished with a team-high seven clearances, but Fremantle were clear winners in the midfield battle (48 clearances to 31) on the back of silver spoon service from Darcy.

Fremantle debutant Amiss made a dream start to the game when he shook off Aidan Corr to take a contested mark before kicking truly from 35m to post his maiden goal.

Two goals to Bailey Banfield – including a spectacular checkside – heaped more pain on the hapless Kangaroos.

A spectacular mark-of-the-year contender from Cameron Zurhaar early in the second quarter got North Melbourne on the goalsheet as the visitors launched the briefest of fightbacks.

It was all Fremantle from that point on, with the crowd unleashing a Mexican wave to add some excitement to the night.

Amiss, the first top-10 key forward drafted by Fremantle since Matthew Pavlich in 1999, finished with two goals and five marks in a promising debut.

The former Marseille president Pape Diouf has died. Earlier on Tuesday the French club revealed the 68-year-old had been suffering from coronavirus. […] 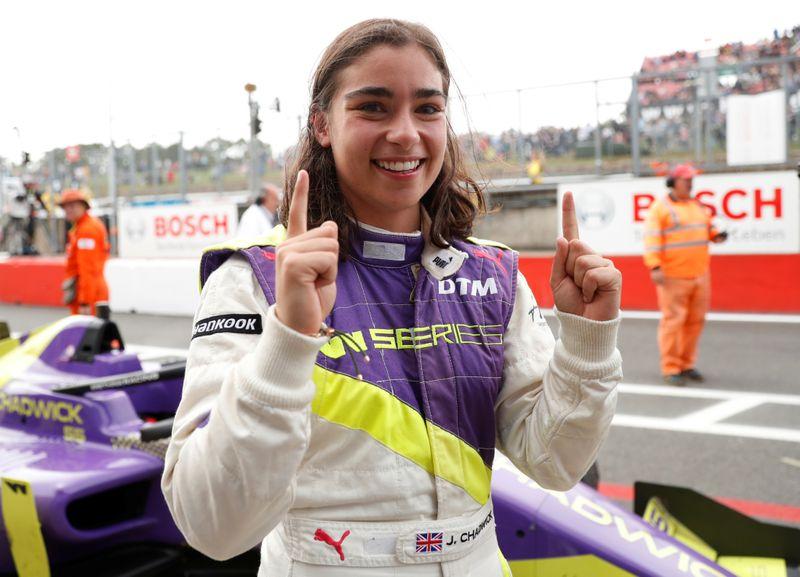 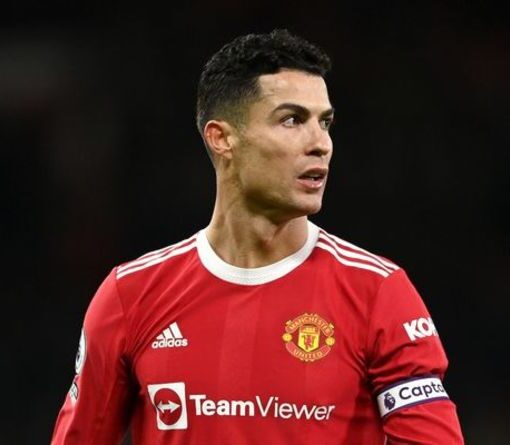 Cristiano Ronaldo is always a popular topic in football conversation, and it’s been another season of making headlines – positive and negative […] 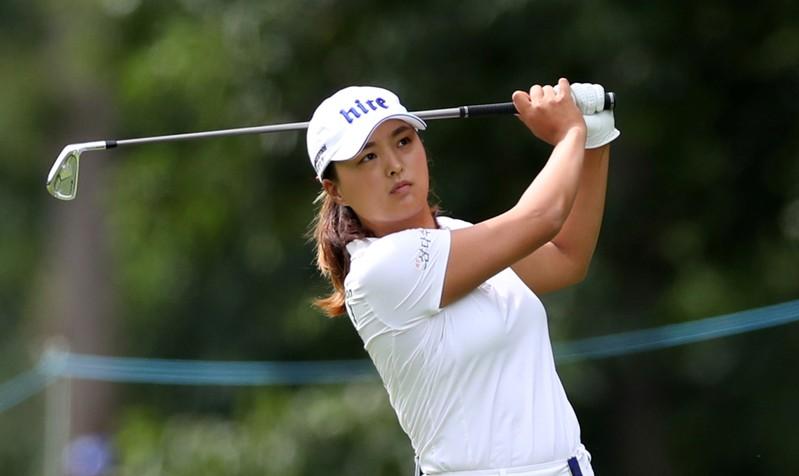